While Paul Mark Doblada is currently leading the MotoIR class comfortably with a perfect 125 points so far, the battle for the MotoIR2 Championship and the Shell Advance MotoIR Youth Cup (SAMYC) is exciting and intense. With 4 rounds left and their points not far from each other, expect MotoIR2 riders to give a great show of riding skills and performance that will surely delight race fans. 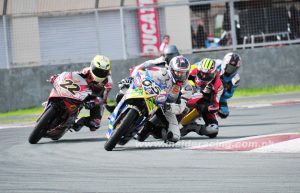 In the MotoIR2 Championship which is contested by Novice, Beginner and Intermediate riders, Moto Tan Racing Team’s McKinley Kyle Paz is on top after 5 rounds with 116 points. Troy Alberto of Access Plus is second with 98 and Replica Pro’s Edmar Quiambao is third with 62 points. Access Plus’ TJ Alberto and MBF rider Eane Jaye Sobretodo are tied so far as both have 52 points. Gian Carlo Mauricio of FB Racing has 47 while Jacq Buncio of Top 1-YRS-MBF has 36 and Rafael Lance Ortiz also from MBF got 35 points. 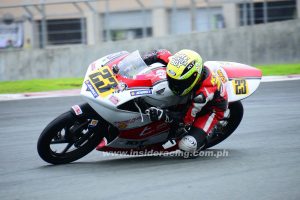 Troy Alberto has secured the top spot in the SAMYC, having 120 points after five rounds. The fray for the second and last slot is something to watch out for as EJ Sobretodo has 65 points while TJ Alberto got 60. Gian Carlo Mauricio has 58 while Jacq Buncio got 49 and Rafael Lance Ortiz is also a contender with 43 points. 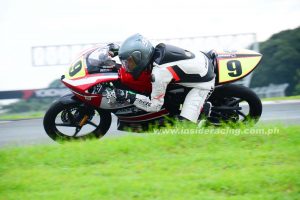 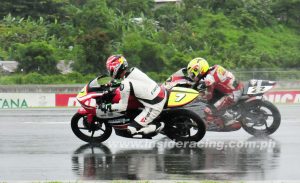