Suzuki came in strong once again at the 2nd leg of the National Motorcycle Championships held at  the Batangas Racing Circuit on June 3, 2018. 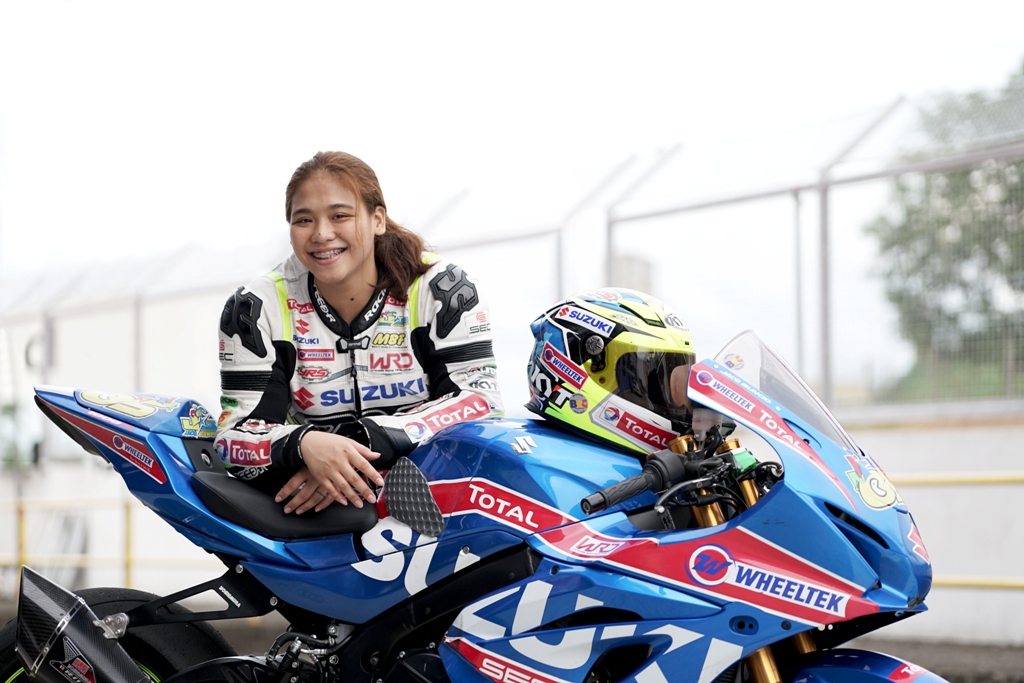 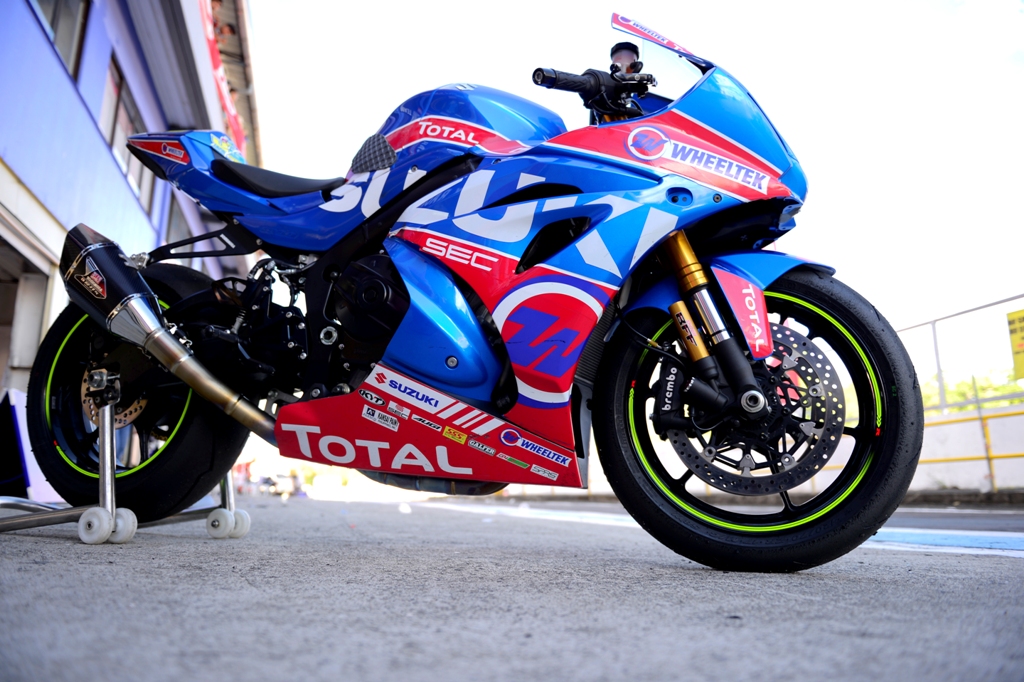 The hot and windy weather was a bit of a challenge for Jacq but she was able to manage it and stood out with an excellent lap time in the qualifying securing a pole position at the Pirelli Cup Heavyweight A Class. During the two 7-lap races of the Pirelli Cup, the young lady rider got more and more aggressive on track surpassing her best lap time in the time trial. Her confidence on the racetrack and the power of the lightweight GSX-R1000R allowed her to move quickly and own the checkered flag first. This is an impressive return for Buncio after winning the 3rd spot on the first leg of the Pirelli Cup Heavyweight A Class. Meanwhile, at the Nationals, Jacq maintained her position at the top spot for both the Pre-final and the Final races. 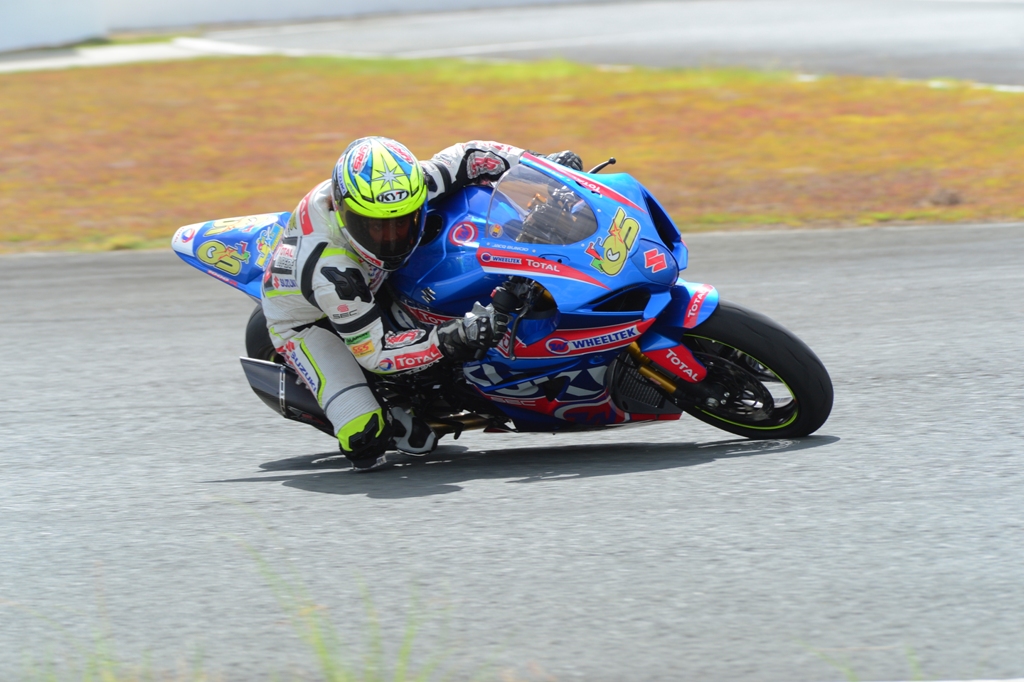 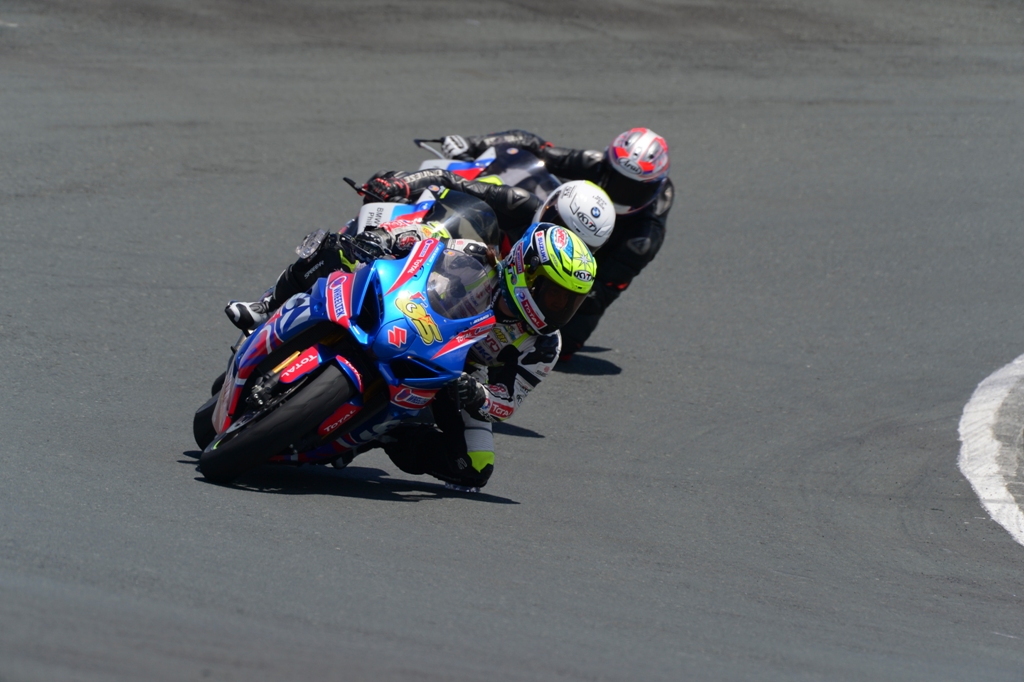 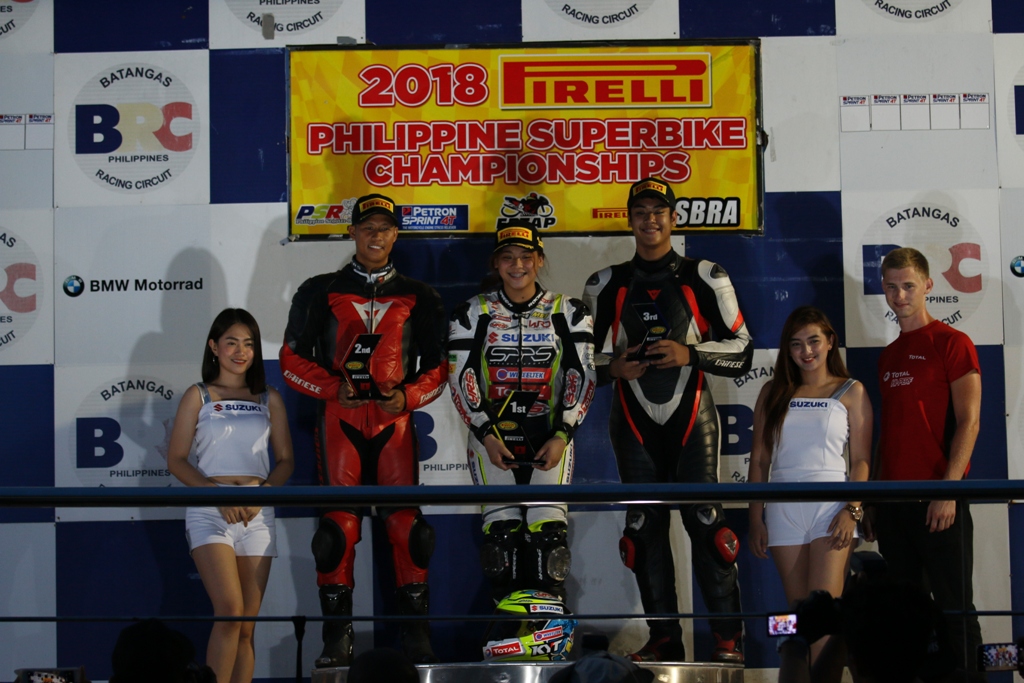 Coinciding with the PSBK Leg is the MotoIR Championship wherein we saw Suzuki-VMan Racing Team’s Djereck Ondillo grabbing the 2nd Place for the Novice Category with the rest of the team, April King Mascardo, Eane Jaye Sobretodo and Dan Carlo Alvarado giving their best shot at the race. The team was on board the revolutionary GSX-R150, a lineage of the Suzuki GSX-R1000R. 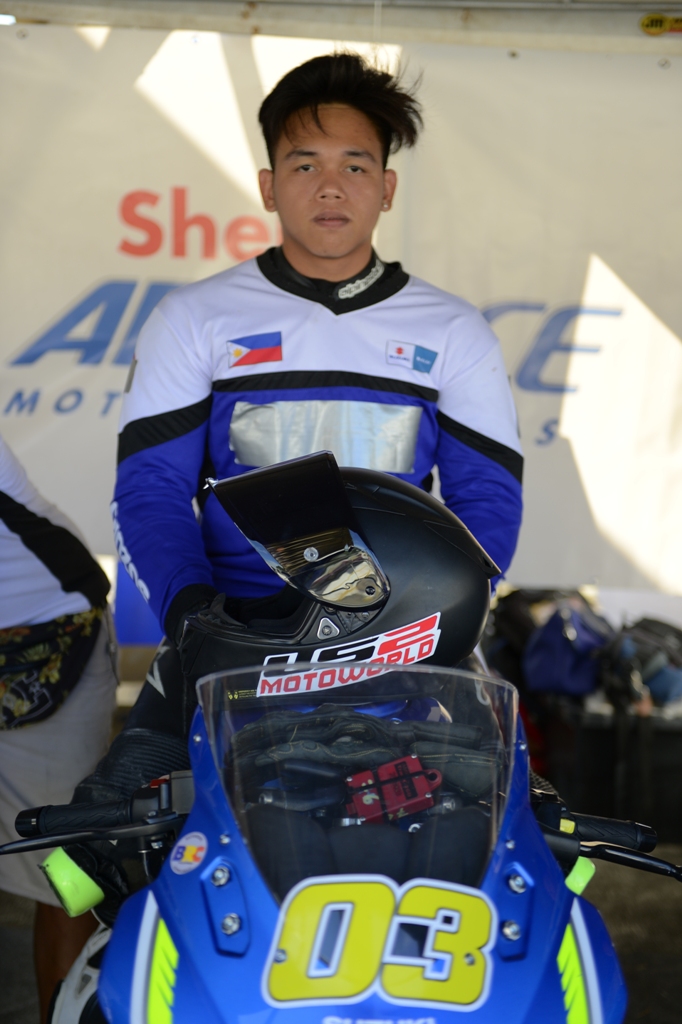 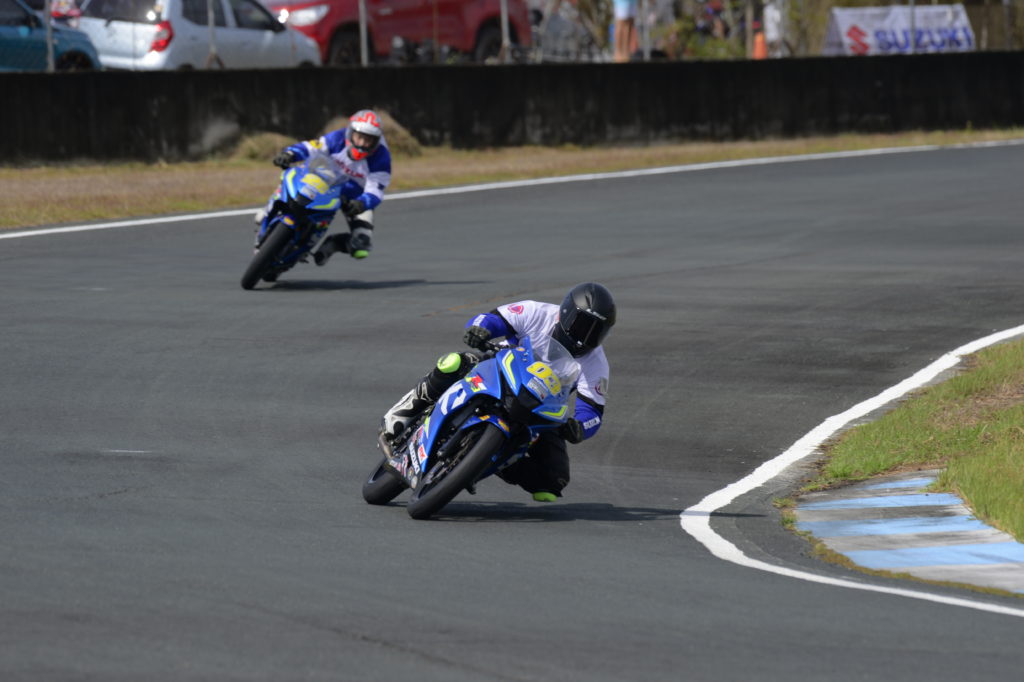 Aside from dominating the 2nd leg of the race, the event was made more fun and enjoyable because of the bunch of Suzuki riders who went all the way to Batangas Racing Circuit to show support to Suzuki-Wheeltek Racing Team. Also in attendance were Wheeltek’s Vice President for Sales and Marketing Mr. Roscoe Odulio, Wheeltek Big Bikes Division General Manager Bobby Orbe and Suzuki Regional Sales Manager for North Luzon Mr. Erick Fernandez. 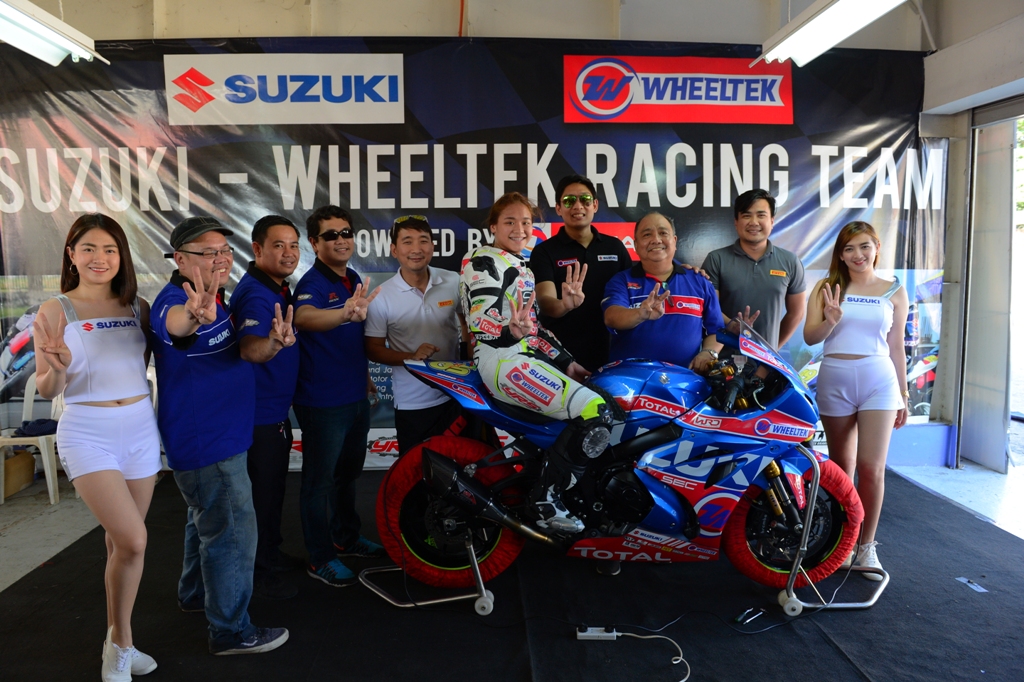 Summary of Suzuki Wins for Leg 2

The National Motorcycle Championships 2018 is a 6-leg series. Watch out for Suzuki-Wheeltek and Suzuki-VMan Racing teams in Leg 3 on July 7 to 8 at Clark International Speedway.