Monster Energy Yamaha Rally Team’s Ross Branch has charged to an impressive fourth place finish on stage four of the 2021 Dakar Rally. Continuing with his strong start to the 43rd edition of the race, Ross now moves up to third in the provisional overall classification. With four stages now successfully completed by the team, Adrien Van Beveren is currently placed in 11th overall, with Franco Caimi and Jamie McCanney 18th and 19th respectively.

Stage four of the 2021 Dakar Rally provided the longest stage of the event at 813 kilometres, ensuring a gruelling day in the saddle for all competitors. Included was one of the shortest specials at 337 kilometres, which comprised of hardpack tracks and plenty of faster sections, all testing the mettle of each rider. With the stage now complete, and with many kilometres of racing ahead of them, all Monster Energy Yamaha Rally Team riders have safely reached the Saudi Arabian capital city of Riyadh. 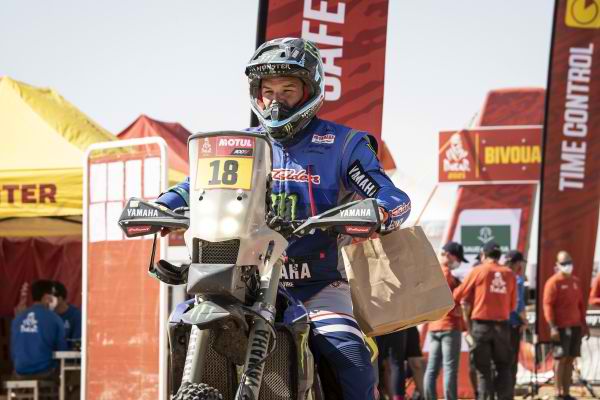 Ross Branch was the second fastest rider through all but two checkpoints of stage four as he set a blistering pace aboard his Yamaha WR450F Rally. Enjoying the hardpack, fast and rocky terrain, Ross remained composed after a slight navigational error just 50 kilometers from home to secure his fourth place finish and now moves up to third in the overall provisional classification. 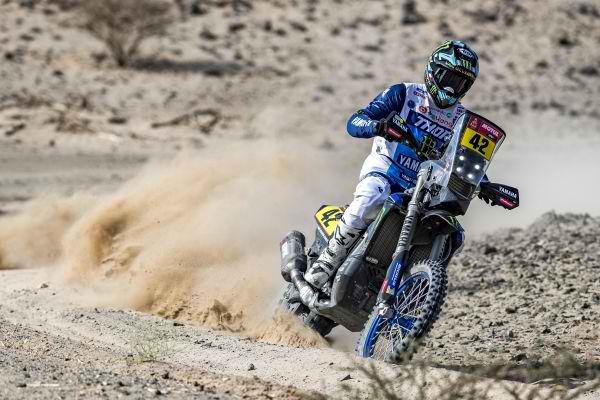 The fast and rocky terrain found on stage four proved to be challenging for Adrien Van Beveren. Opting to focus on his navigation in order to minimize mistakes and maintain his consistency, the Frenchman completed the stage as the 10th fastest rider. With sandier stages ahead, Van Beveren is working towards stage results that will propel him up the provisional overall classification. 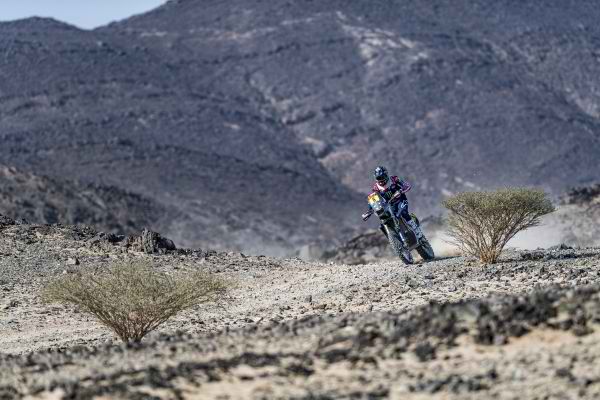 Following his strong seventh place finish on stage three, Franco Caimi had his sights firmly set on posting another strong result, hoping to improve his overall position in the rally. Frustratingly, a couple of mistakes proved costly and, compounded by the fast pace of the special, the Argentine was unable reach higher than 15th by the end of the stage. 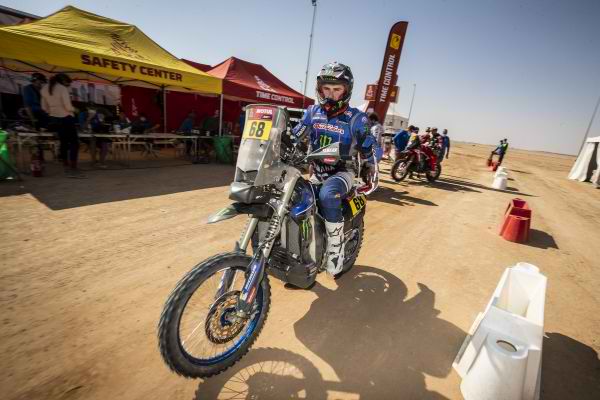 Much like his more experienced teammate Adrien Van Beveren, Jamie McCanney continues to ride consistently, placing 16th on stage four. Benefitting from one-minute starting intervals at the beginning of the stage courtesy
of his 14th place finish yesterday, the 26-year-old was fortunate to avoid dust and enjoyed riding his own race. Following his largely untroubled ride, the Manxman successfully completed yet another Dakar Rally stage.

Leaving Riyadh and heading north to Al Qaisumah, stage five of the 2021 Dakar Rally will provide a challenging day of racing. Littered with rocky tracks and tough sand dunes, patience is needed to deliver a mistake-free
stage as the rally moves nearer the halfway point.

Ross Branch: “It was a good day on the bike for me. I really liked the stage, very similar terrain to what I find back home so I was comfortable from the start. The stage was fast and flowing and I really liked it. Towards
the end I made a small mistake and lost a little bit of time but managed to hold on to second place. I’m excited, it’s been a great rally for me so far.”

Adrien Van Beveren: All good. The stage was fast, which I don’t really like, so I concentrated on the roadbook and minimising mistakes to be consistent. Like always, I did my best and look forward to more sand dunes in the
coming stages.”

Franco Caimi: “I had the speed to make up more time, but I made a couple of mistakes and lost it again. It was frustrating but knowing that I have the
speed is good so I look forward to a mistake-free stage and I’ll try to claw back some more time.”

Jamie McCanney: “Not too bad of a day, overall. Starting near the front meant that I had a nice gap in front and behind me so I could concentrate on my own race. At one point I think I was up to sixth and after a fuel stop, I knew Ross was going really well. When he came by I was able to stick with him, which was great as I’d made a couple of mistakes before then. We then got a little bit lost together but didn’t lose too much time, so overall
I’m happy.”

Alexandre Kowalski – Yamaha Europe Off-Road Racing Manager: “Another positive day for our riders. The stage was really fast and hardpack, which really suited Ross as it is the terrain that he is used to in Botswana. He was fast all through the stage so finishing second is a great result for him. The stage didn’t suit Adrien so much. He was also able to pick up his pace when the stage went through a technical hillside, but after four stages he remains super-consistent. Franco was unfortunate to make a couple of navigational mistakes, he had the speed and consistency through the stage but lost big chunks of time and with the stage being so fast it was hard to make up time again. Jamie started off really well, on the pace early but also made a few mistakes, but, like Adrien, overall he has been really consistent which is really important for this race. We are now one third of the way through the Dakar, a long way to go to reach Jeddah and the finish line and our riders are all riding really well, the bikes are running great and the spirit in the team is strong.”