UMA Racing-RCB-Yamaha is currently competing in the Asia Road Race Championship (ARRC), a continental championship competition of the FIM (Fédération Internationale de Motocyclisme). The Australian leg was held last April 19-22 with 16-year-old Wonder Boy McKinley Kyle Paz holding his own against the best riders in Asia. 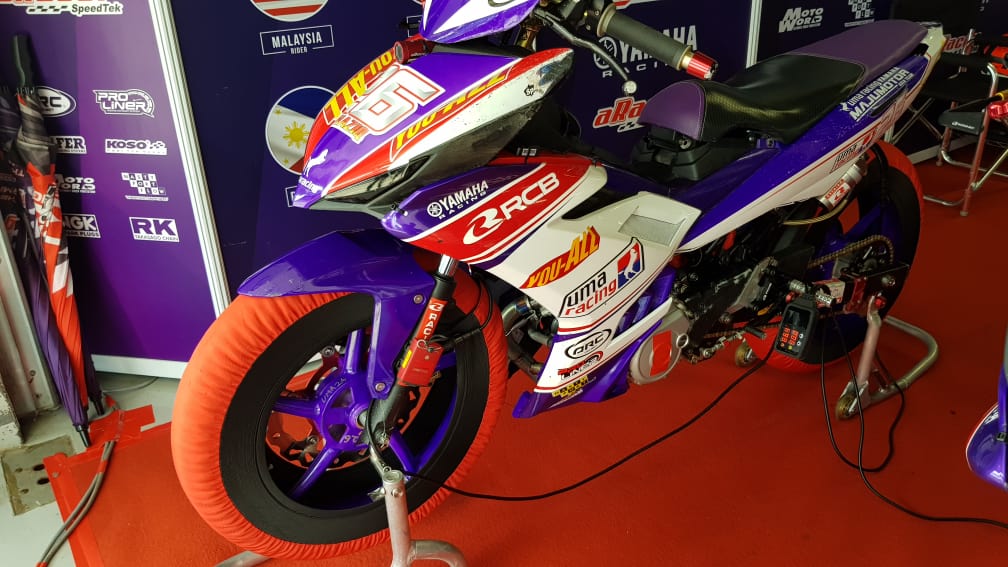 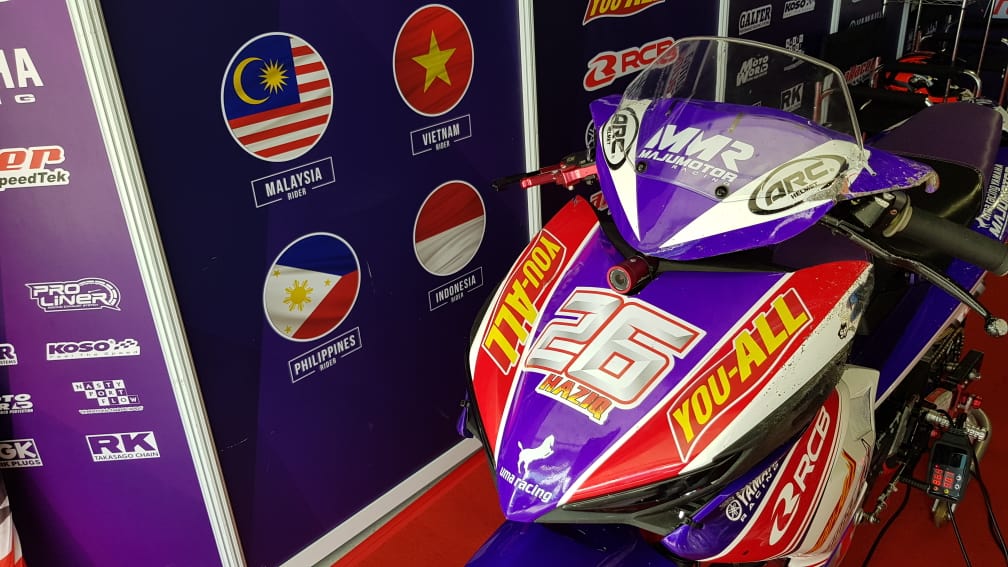 His first time on the Bend Motorsports Park during practice session allowed Kyle to show his skills by recording the fastest time on the track (2:18.93). In the qualifiers, he placed 4th on the grid, and finished 6th overall for his first race. Racing sensation McKinley Kyle Paz definitely proved that he belongs to the international stage with an impressive showing in the Asia Underbone 150 Championship in Tailem Bend, South Australia. This event is under the 2018 Asia Road Racing Championship. Being part of the breakaway group, Kyle actually led the pack several times for several laps, after exchanging leads with Izzat Zaidi and Helmi Azman. Come the final lap, it was a very exciting race as there were 5 different lines heading into the hairpin, with Kyle being a close 2nd. But in the second to the last turn, Kyle went off course after an outside attack and that relegated him to 6th place overall. Heartbreaking but still an impressive showing. 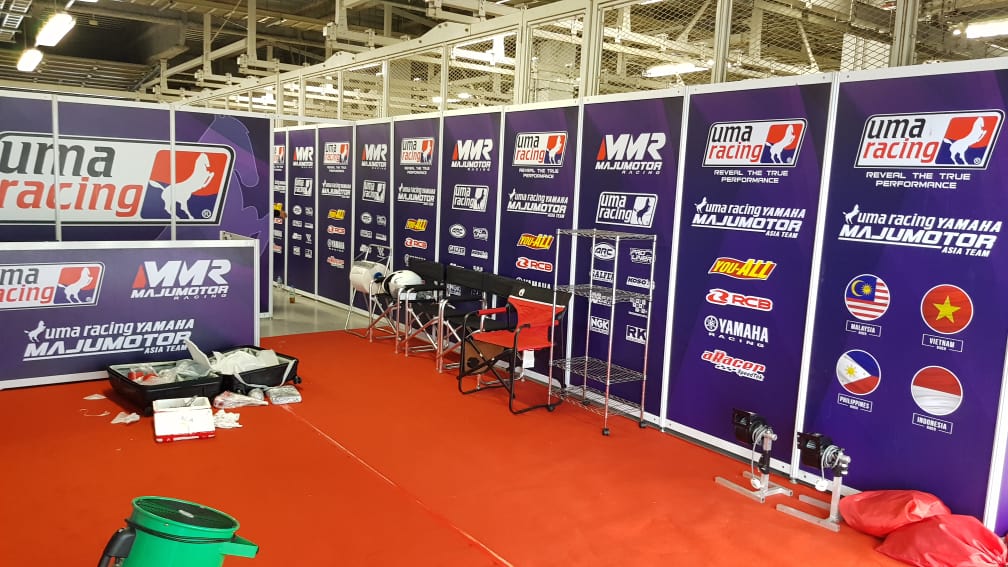 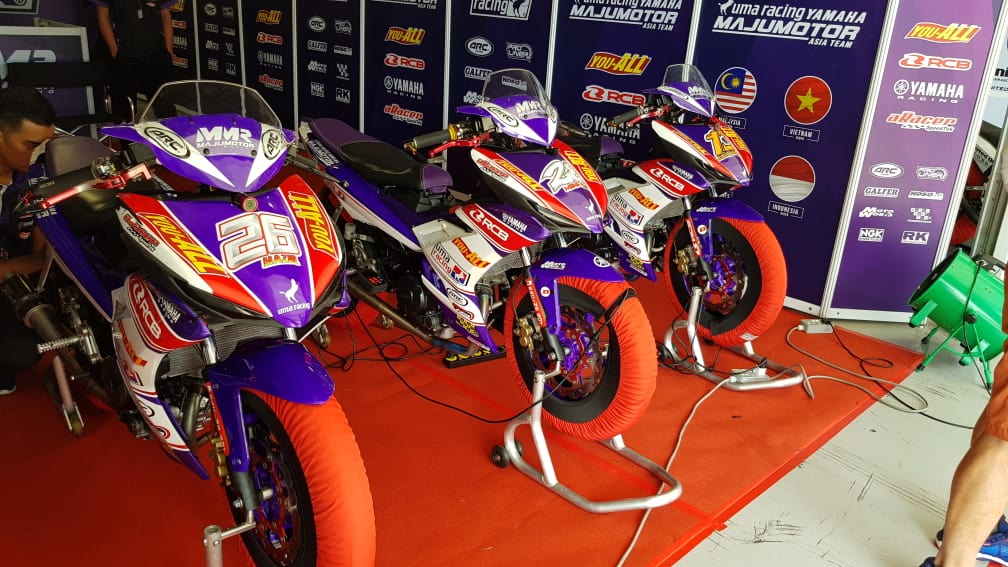 The 2nd race was where he pulled out all the stops with an outstanding 2nd place finish for the Yamaha Maju Motor Asia Team. He rode the Sniper 150 which is a blur on any road with its speed and precision. Its reputation of being the best in its class in starting and passing acceleration was clearly seen in this competition. Kyle’s performance was powered by UMA Racing parts and Racing Boy. 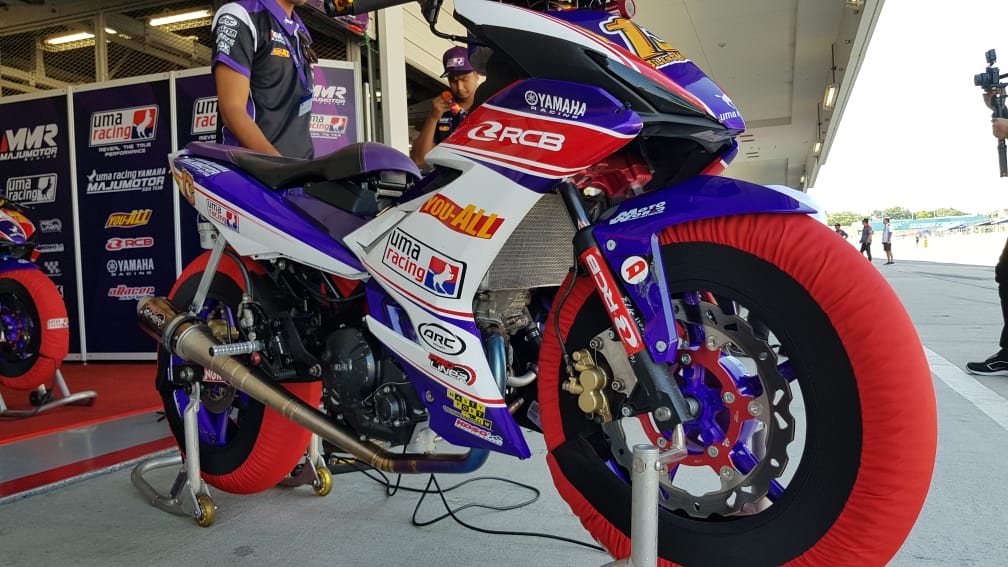 Now considered as a worthy adversary by his fellow competitors, the full potential of this teenage sensation will continue to be realized as the competition goes on. He then suited up for the next round of the ARRC in Japan on June 1-3 at the Suzuka Racing Circuit. They competed using the YZF-R25, part of the performance packed lineup of the R-Series masterfully crafted for racing. For that battle he was joined by veteran stalwart, “The Chairman” Masato Fernando. Kyle will also take part in the India and Thailand stops.

He clearly stamped his class early on as he was the fastest rider in the practice sessions. More good things to come to this kid. It’s still early and there are several other races in the season. We’re with you Wonder Boy! 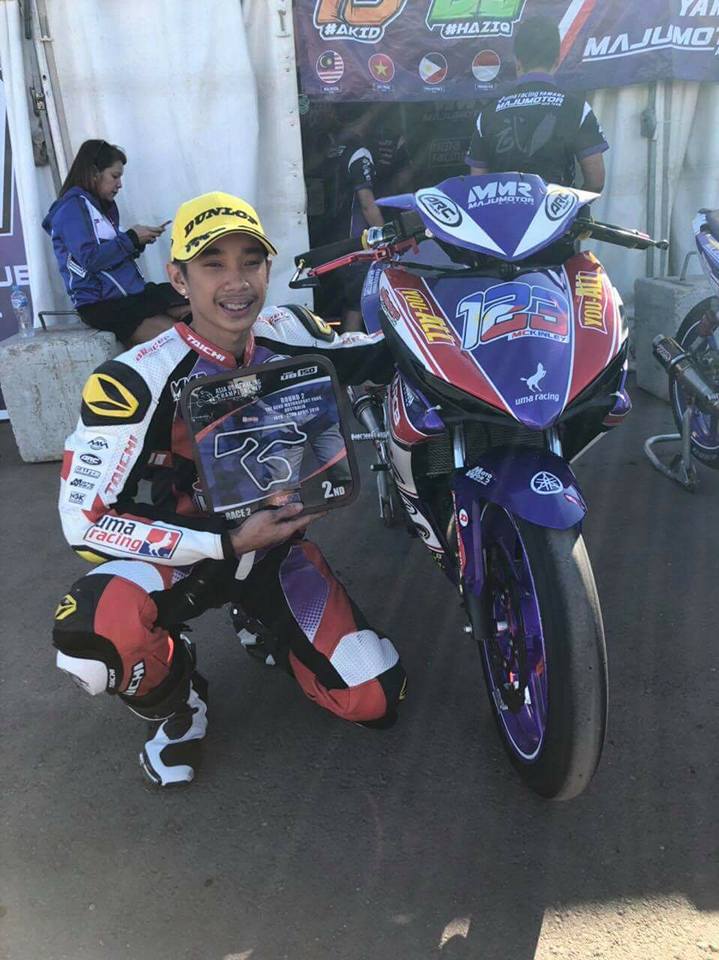