Jack Miller and Francesco Bagnaia finally took to the track at Losail International Circuit in Doha, Qatar, for the first day of official testing of the 2021 MotoGP campaign. During the session, both Ducati Lenovo Team’s riders made their long-awaited debut on the factory team’s Desmosedici GP machines, immediately receiving positive feedback and showing that they are already at ease within their new team. 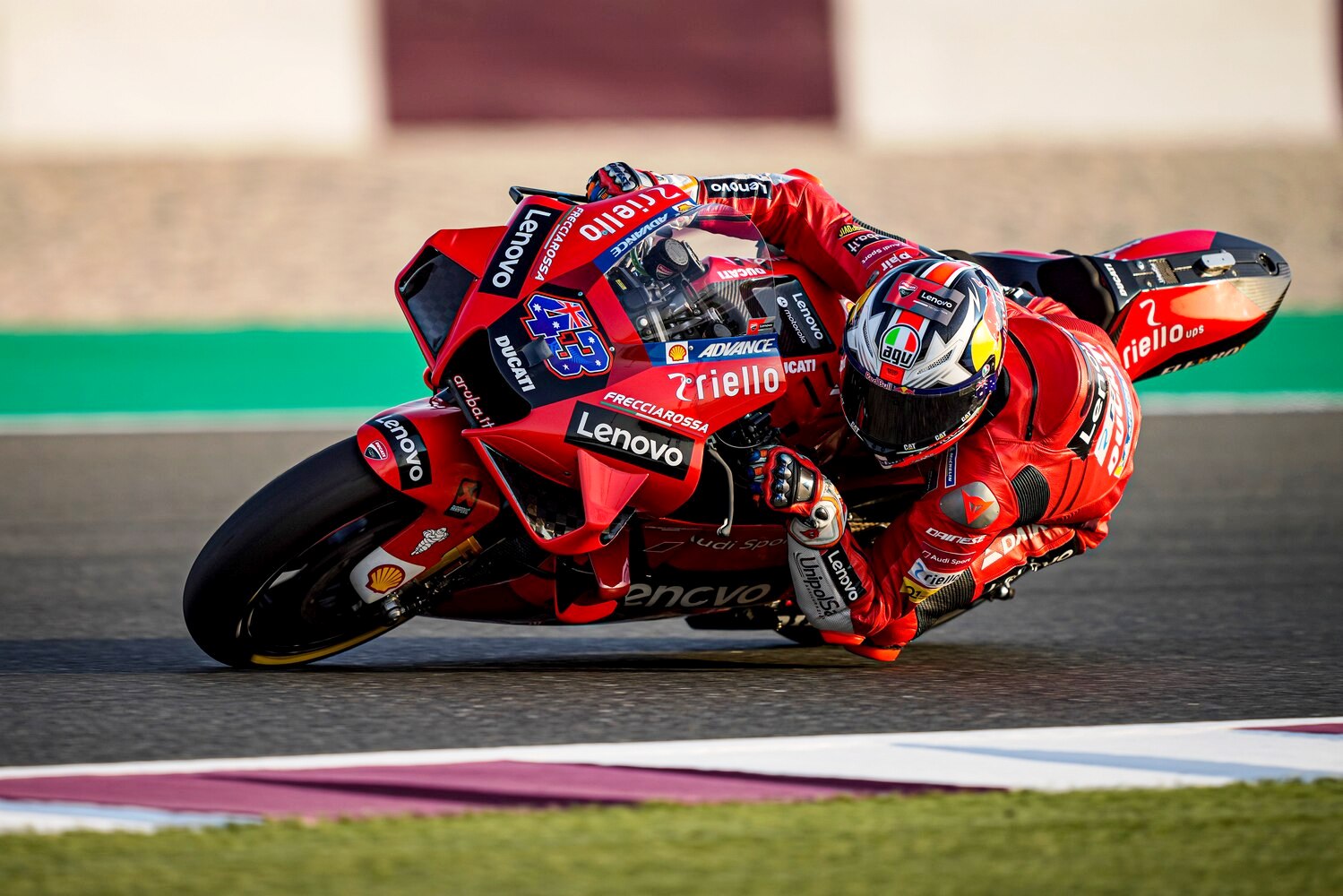 Miller finished with the fourth-fastest time in 1:55.022, just 355 thousandths behind leader Aleix Espargaro. The Australian rider completed a total of 54 laps, closing as the top Ducati rider on track.

It has been a positive day also for Pecco Bagnaia, despite a small crash at Turn 2 towards the end of the day. The Piedmontese rider, who was among the first riders on track this afternoon, completed a total of 50 laps, stopping the clock at 1:55.572, 513 thousandths of a second behind his teammate. 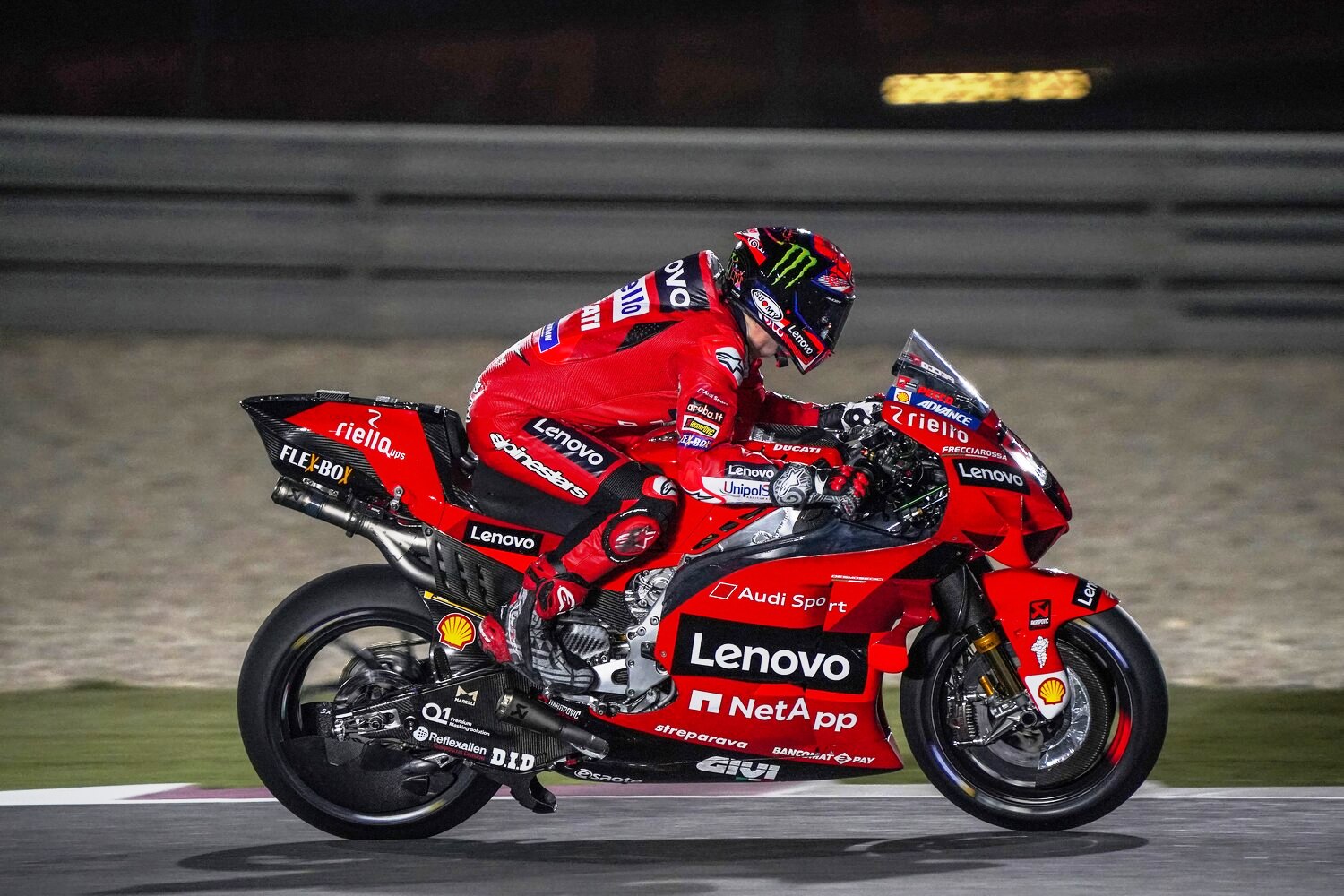 Jack Miller (Ducati Lenovo Team, #43) – 1:55.022 (4th – 54 laps)
“It was a positive first day of testing. I haven’t ridden the Desmosedici in a long time, but I felt comfortable right away. Today’s goals were to find back the feeling with the bike and to adapt to my new team. The strong wind partially disturbed our activity, making it difficult to try a time attack, but I tested a new fairing and am happy with it. Now we just have to continue working in this direction also in the coming days”.

Francesco Bagnaia (Ducati Lenovo Team, #63) – 1:55.572 (13th – 50 laps)
“It was a tough first day, mainly dedicated to finding the feeling with the bike after the long winter break. Today’s conditions weren’t perfect due to the strong wind, but despite a small crash at Turn 2 towards the end of the day, we managed to get some interesting runs in. I did a few laps with the new fairing, and the feeling was positive. Starting tomorrow, we’ll work more concretely on the bike’s set-up”.