This Yamaha YL2 is the product of Benjo Sun’s passion and ingenuity. 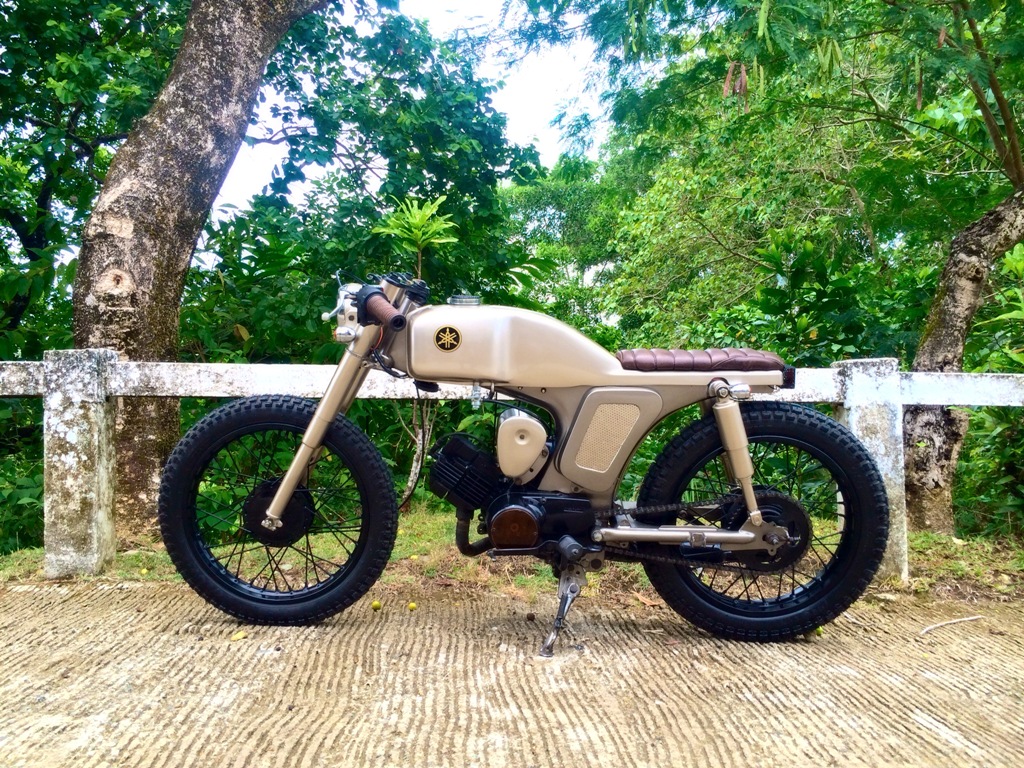 “About the bike, well the base bike is a 70’s Yamaha YL2. It belongs to a good friend and client. His departed dad had owned it and the bike started out as “taxicle” (tricycle pampasada). Years passed, and the L2 was eventually abandoned and left to sit in a corner gathering dust for 12 years. My friend eventually took notice of what I was doing and was inquiring about my builds. He seemed quite interested, and asked about a quotation on how much would it cost to build one. He then told me that he had a bike he wanted me to look at. I asked him, if he had a specific look in mind. He said he trusted me and wanted me have free reign on the design of the bike. I was free to do whatever I wanted but on a specific budget. Going “free reign” on a build are sweet words to any builder’s ears, because you are allowed to do whatever you want and can fully express your artistic side. But it would also incur a bit of a pressure because the client gave his trust in you and is expecting a great looking and functioning bike in return,“ shared Benjo who is from Mindanao. 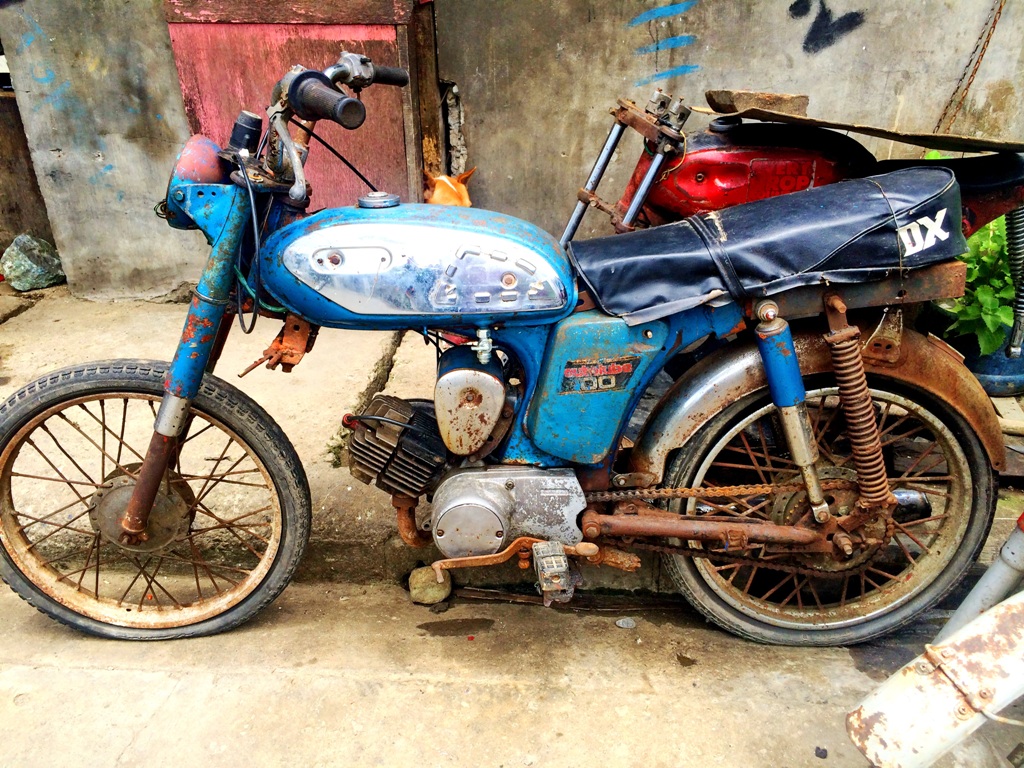 Benjo did some rough designs, and got some cue from the internet in doing a monocoque top design wherein the gas tank and seat are one. It gave a sleek and racy look to the bike. Eventually he settled on the design they wanted. 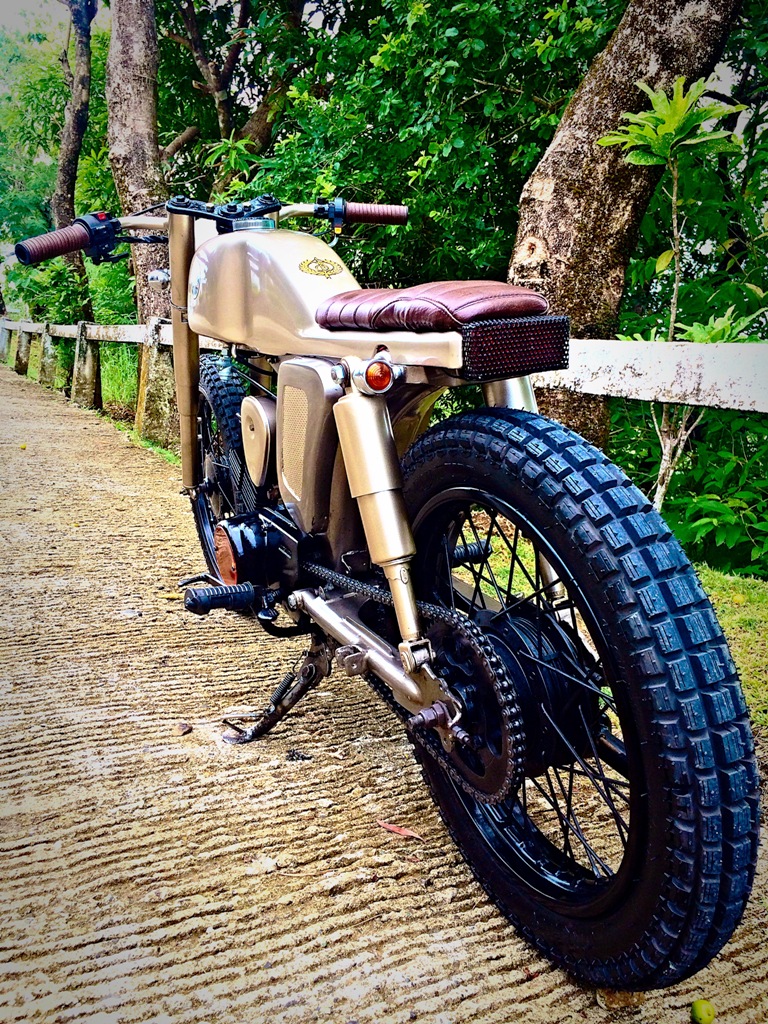 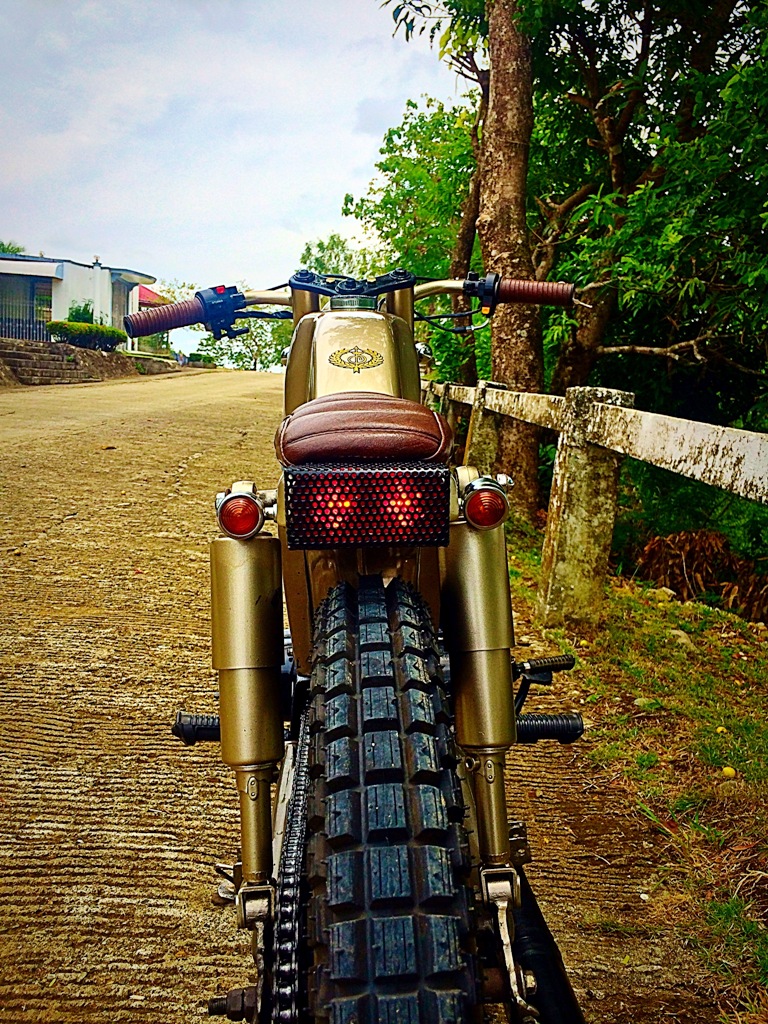 During the build, they ran into several snags especially on the engine. It had many problems, not surprising considering the years of abuse had taken its toll and eventually caught up with the bike. Aside from the monocoque top, he redid the layout of the handlebars giving it a more aggressive position, and dropped the bar’s height and made their own bolt on parts and doing so made their own one off handle bars. They also did some extra structural fabrication on the frame as some of the parts have already been corroded especially on the middle part, housing the battery. For the battery, they also converted it from 6 volts to 12 volts. 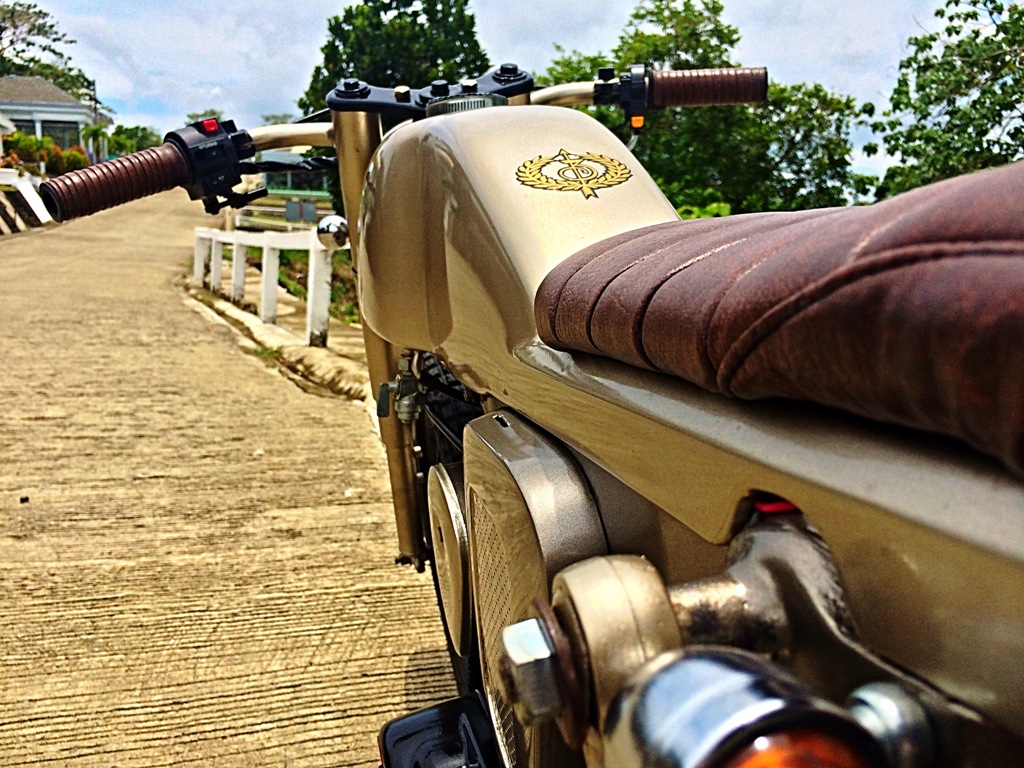 They redid the upholstery and made custom hand-sewn leather grips for the handlebars to complement the new leather seat. And like all his previous custom bike builds, Benjo tried to give a more personal touch to the gas cap, an aspect of the build that some tend to overlook. On previous build he made a sprocket gas cap, and even a soda can gas cap. On this build he made a mesh from the back part of the computer’s CPU exhaust, which he says complements both the bike’s head and rear lights and the owner, the owner being a ComSci major back in college. 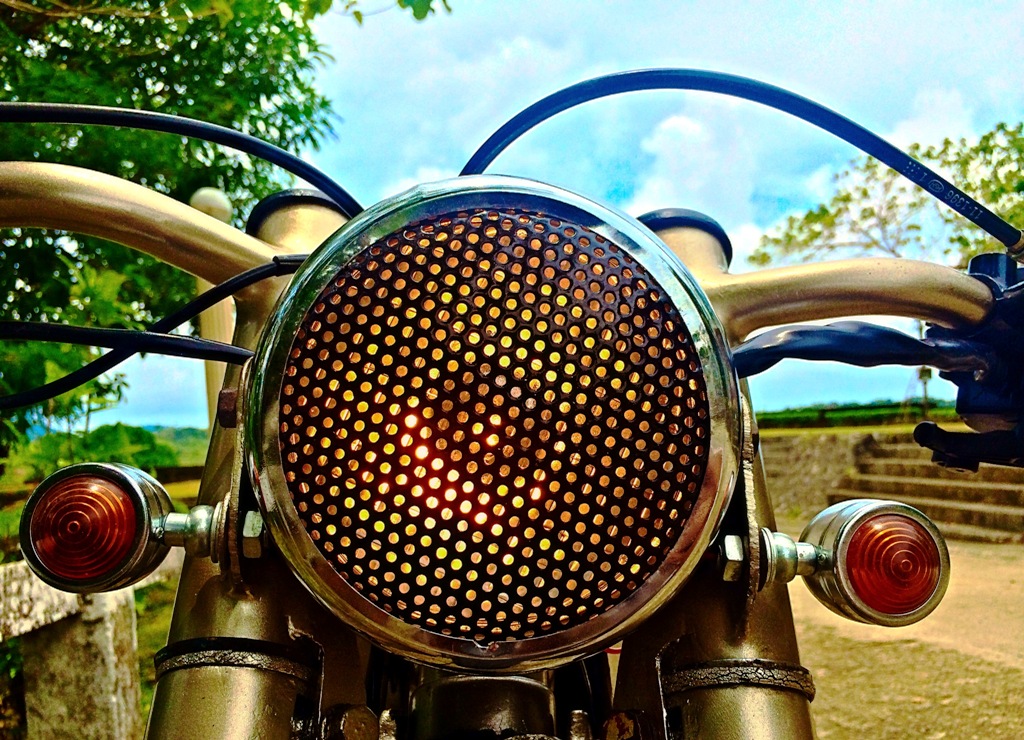 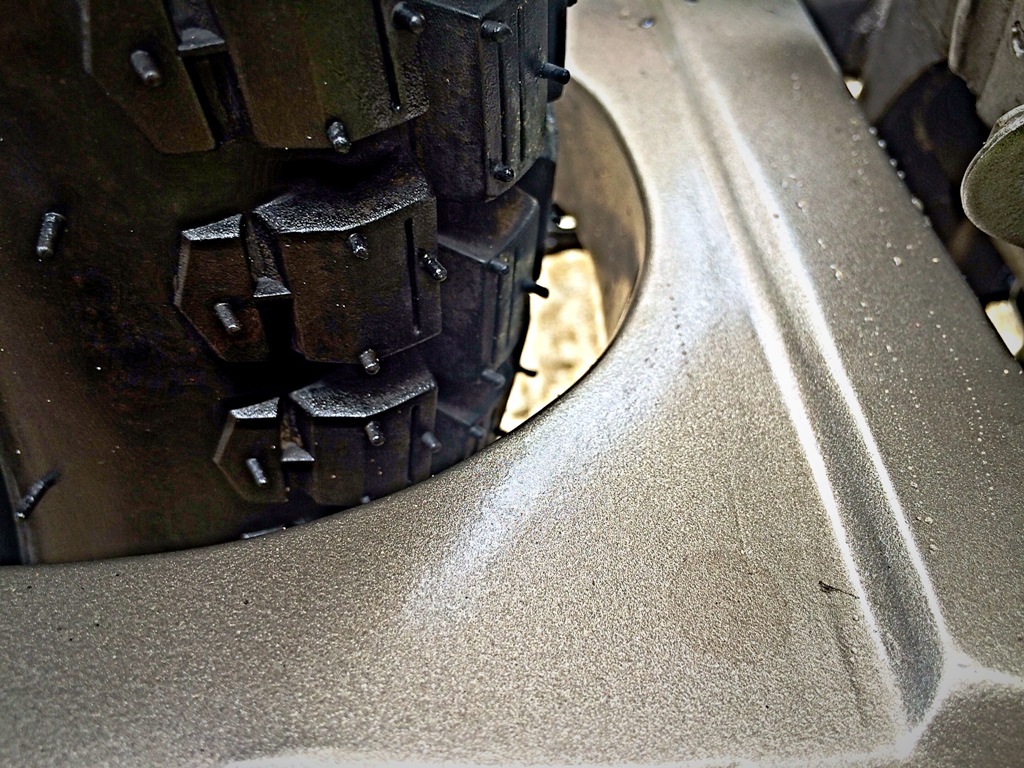 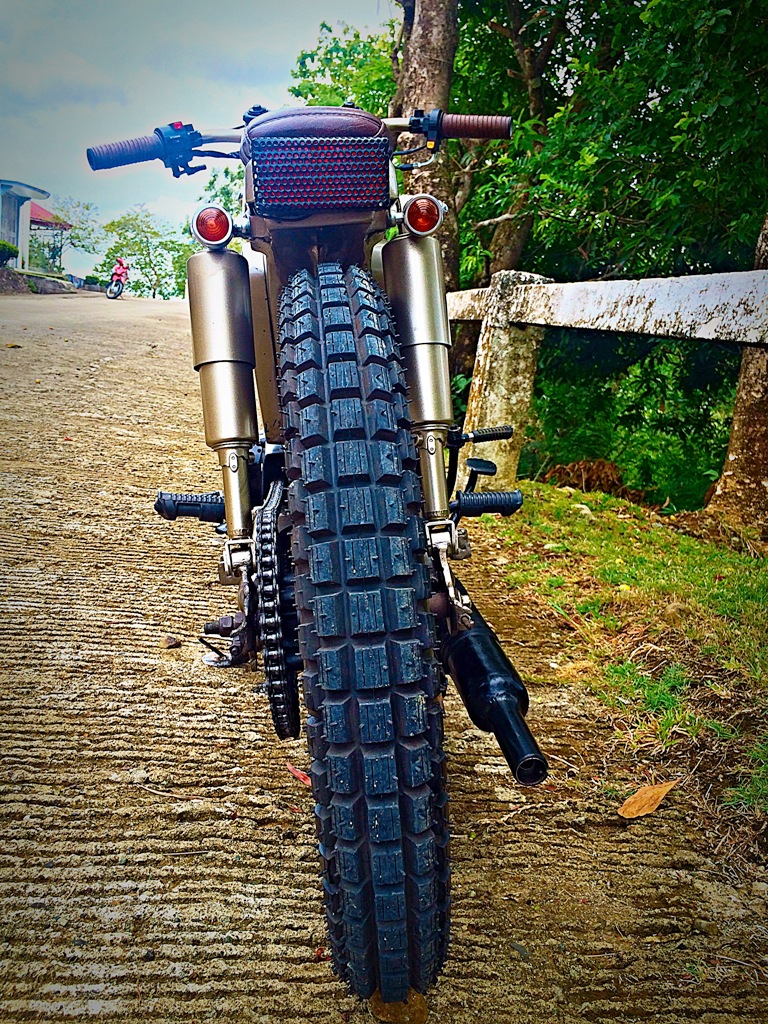 Thank you to 3B Customs and congratulations on this one-of-a-kind bike that truly shows that innate talent and passion of Benjo. 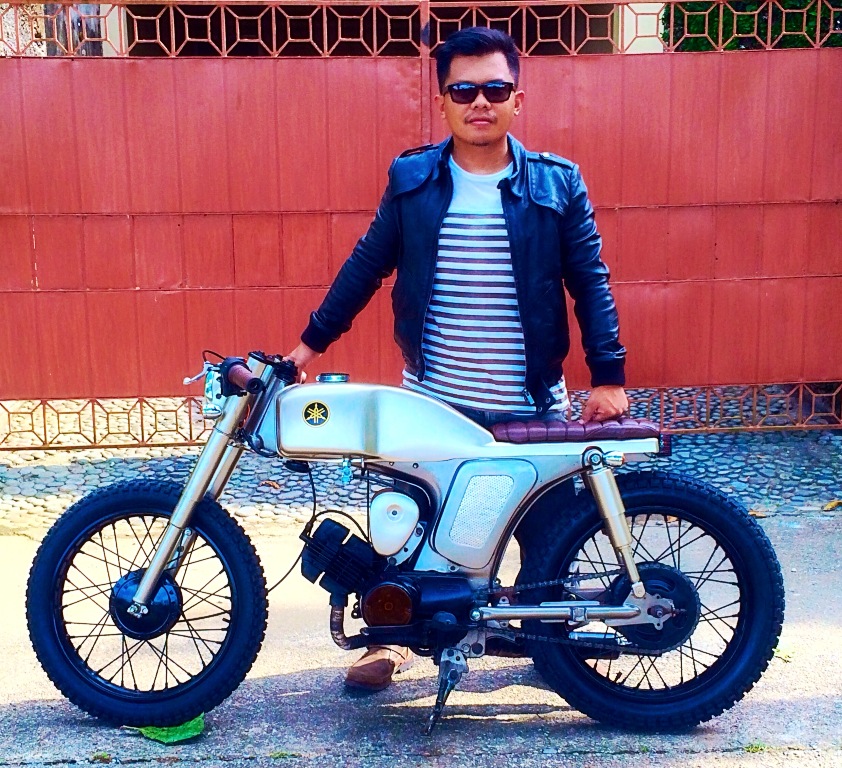 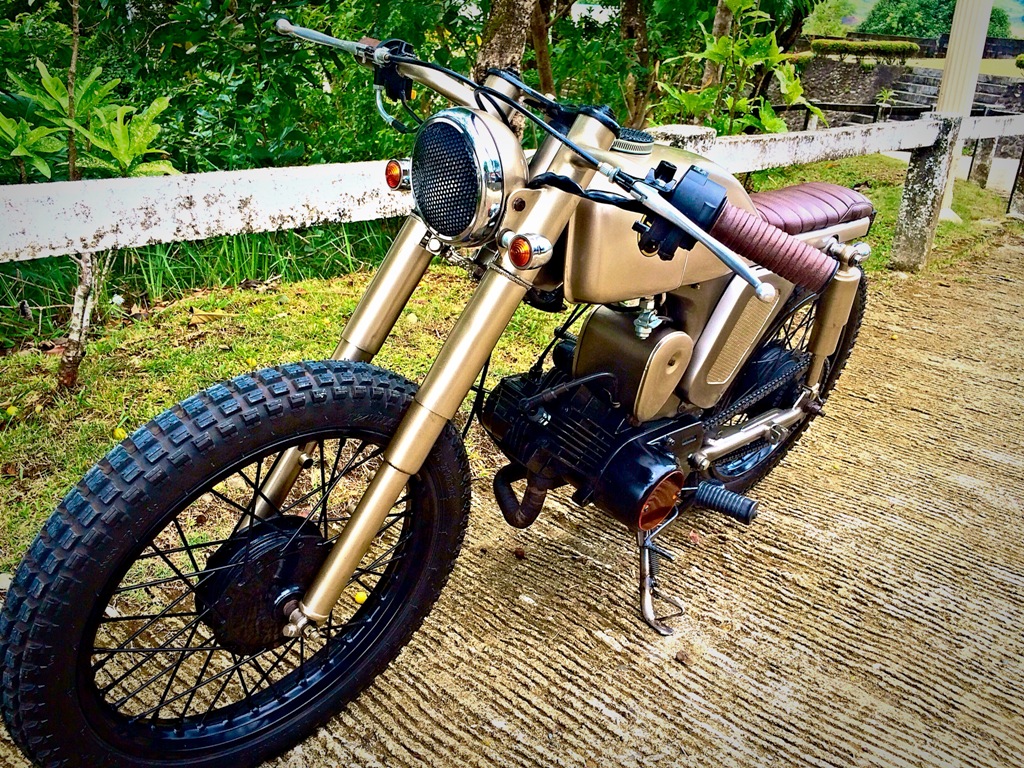 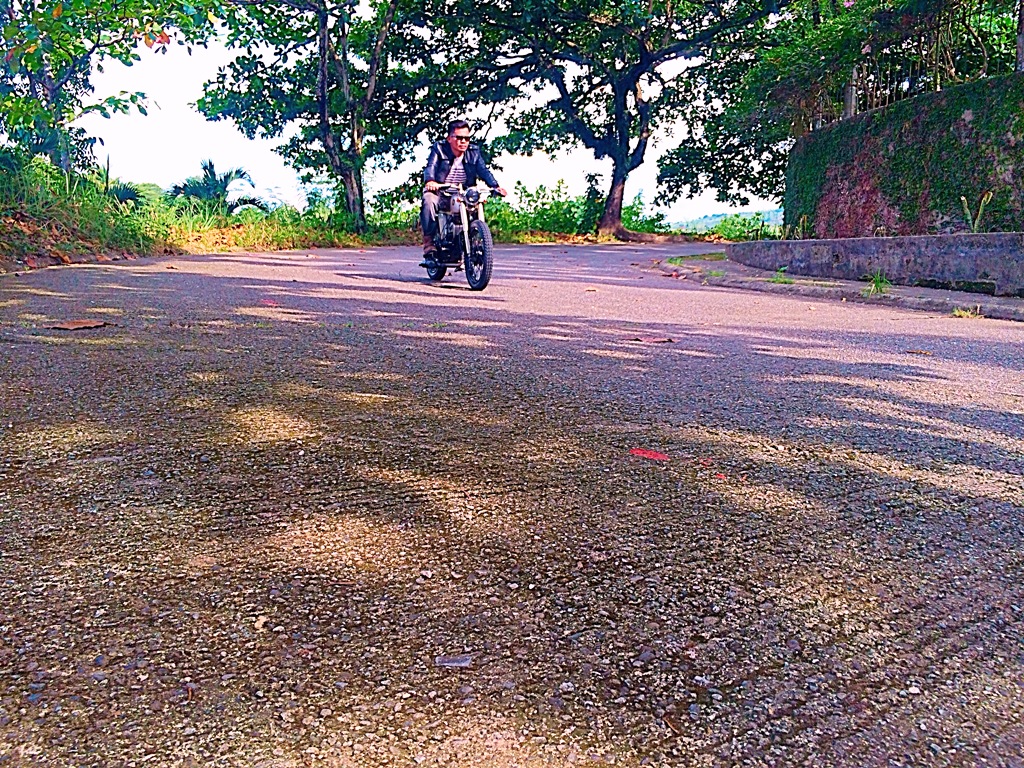