Donald Duck is a cartoon character created in 1934 at Walt Disney Productions. 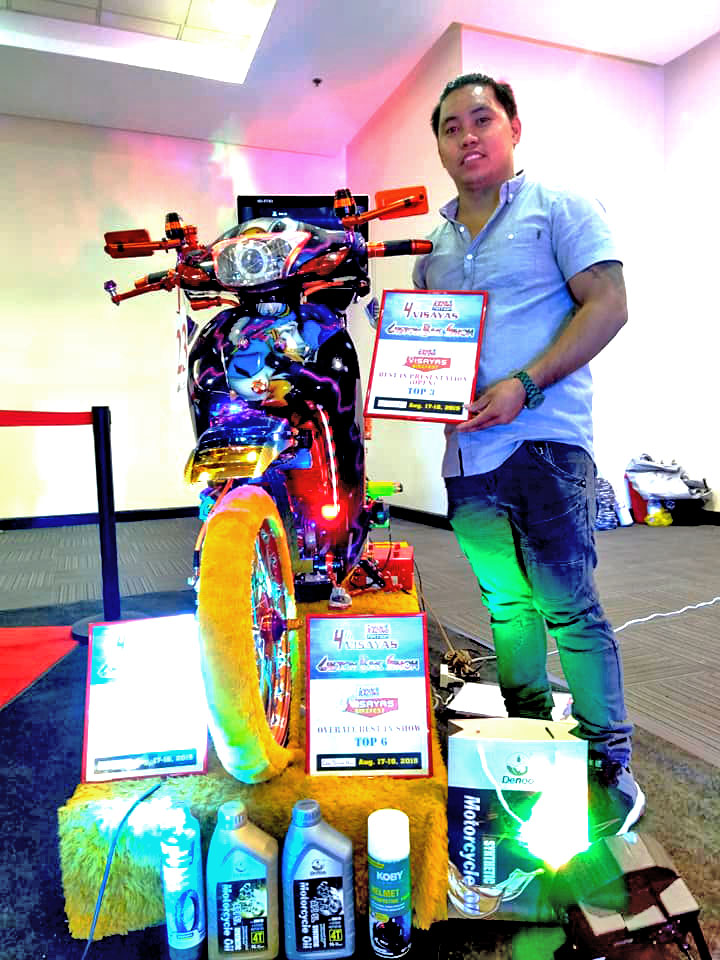 Donald is most famous for his semi-intelligible speech and his mischievous and temperamental personality. Donald is one of the most popular Disney characters and was included in TV Guide’s list of the 50 greatest cartoon characters of all time in 2002. 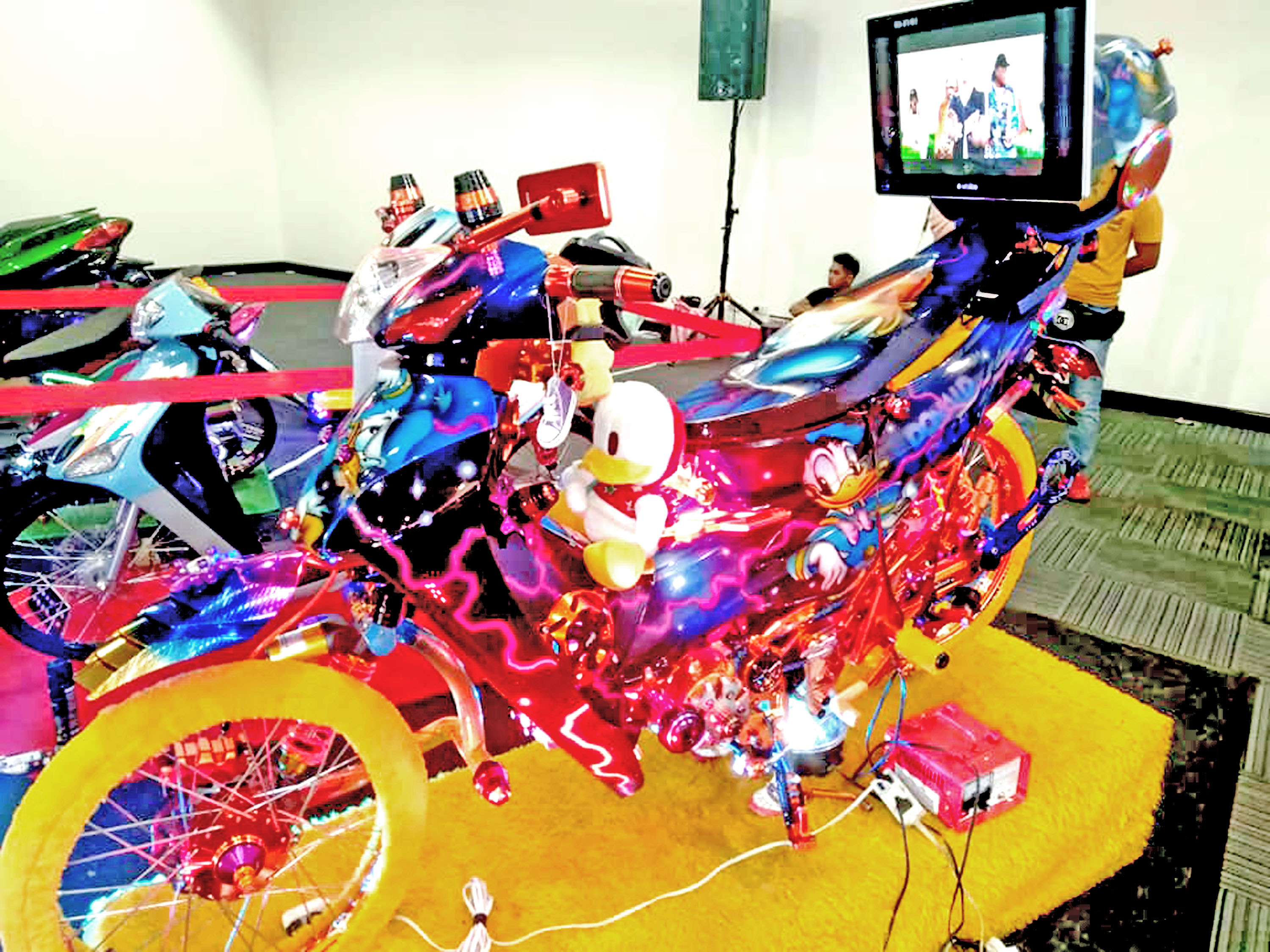 The bike was built by JimLyn Motor Parts headed by Jimmy Obedencio who is also the owner of the bike. “My wife is fond of drawing cartoon characters which was a great influence on the overall theme of the bike. I was also inspired by Donald Duck because he is the most attractive cartoon character for me, he is also hilarious. I also wanted to showcase the modifying capabilities of my motor shop in building show bikes. We also collaborated with airbrush artist Cocoi Franco Jagape for this project bike,” narrated Jimmy. 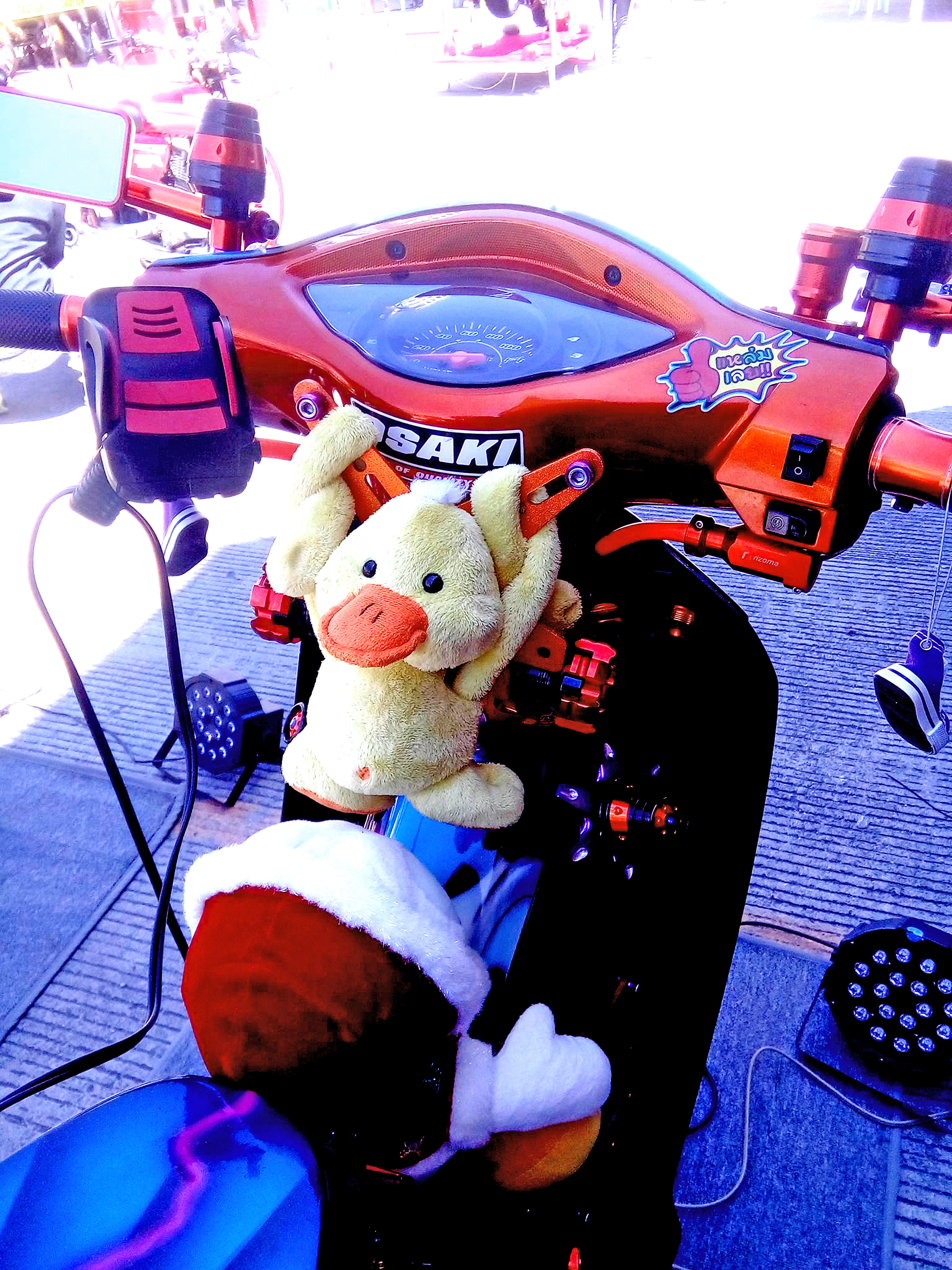 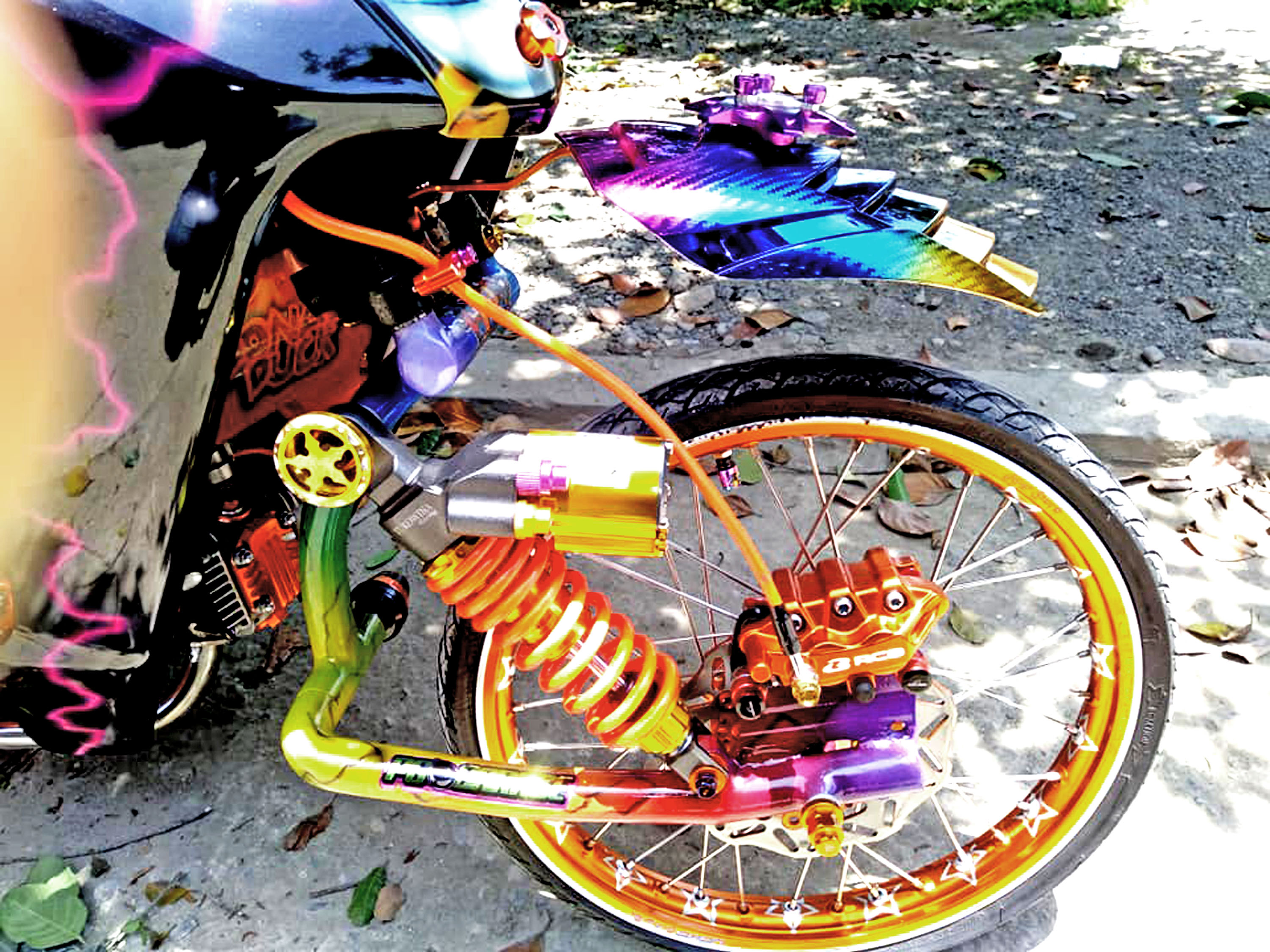 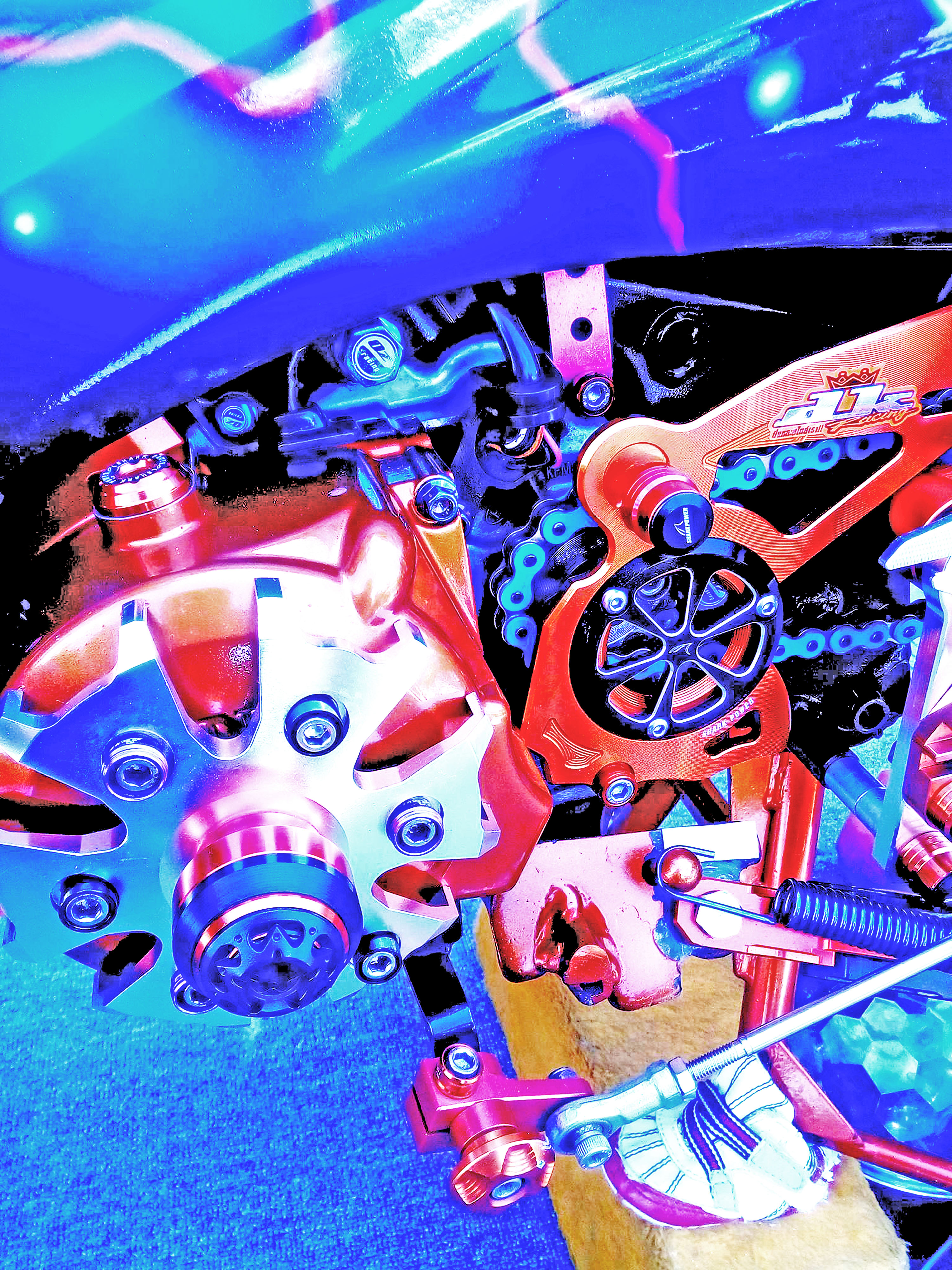 “Actually, I am the only one who built the bike and airbrush artist Cocoi Franco Jagape helped me with the design. It is so fulfilling to receive awards every time I joined motor shows and I feel so proud knowing that I have invested a lot of time and effort to build it. Nothing compares to the feeling of satisfaction and happiness when you see some people appreciate your work and children love to have
pictures with it. The most memorable awards I got with my bike were during the 2nd InsideRACING Visayas Bikefest Custom Bike Show competition in August 2018 held at SM City Cebu. I did not
expect to receive four awards because there were 50 entries. That was really unforgettable,” reminisced Jimmy. 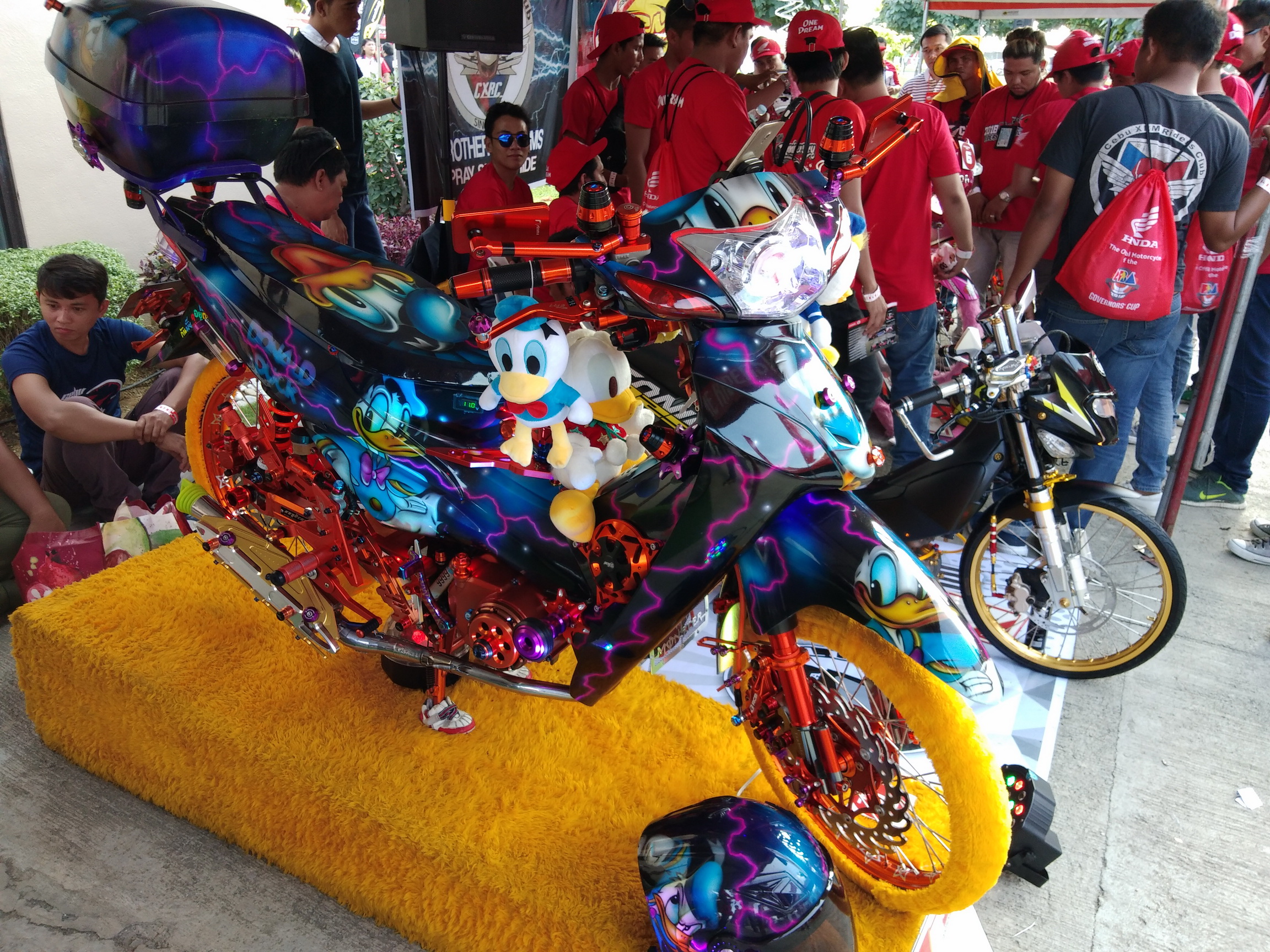 The bike sports a wide array of aftermarket parts and accessories such as Ringo star rims, Racing Boy brake calipers, Racing Boy hand grips, Racing Boy brake levers, Rizoma axle sliders, Rizoma frame sliders, Rizoma side mirrors, Rizoma engine sliders, DK Racing hose guide, MKN swing arm, Red Star
exhaust heat guard, TTGR rear suspension, Benen Ind tow hook, custom fiber glass racing saddle, Osaki chain set, Mody5 front shocks during Version 1 and custom single-sided front suspension in Version 2. It was then finished off with custom airbrush art to carry the Donald Duck theme.
“I will never forget the first time I joined a motor show organized by US1 at SM City Cebu because that was the time I changed its design to Donald Duck. I was so pressured. I thought I would not make it
in time for the show because the paint was still wet. But thanks to Cocoi Franco Jagape as he did everything to make the body of the bike dry,” Jimmy recalled. 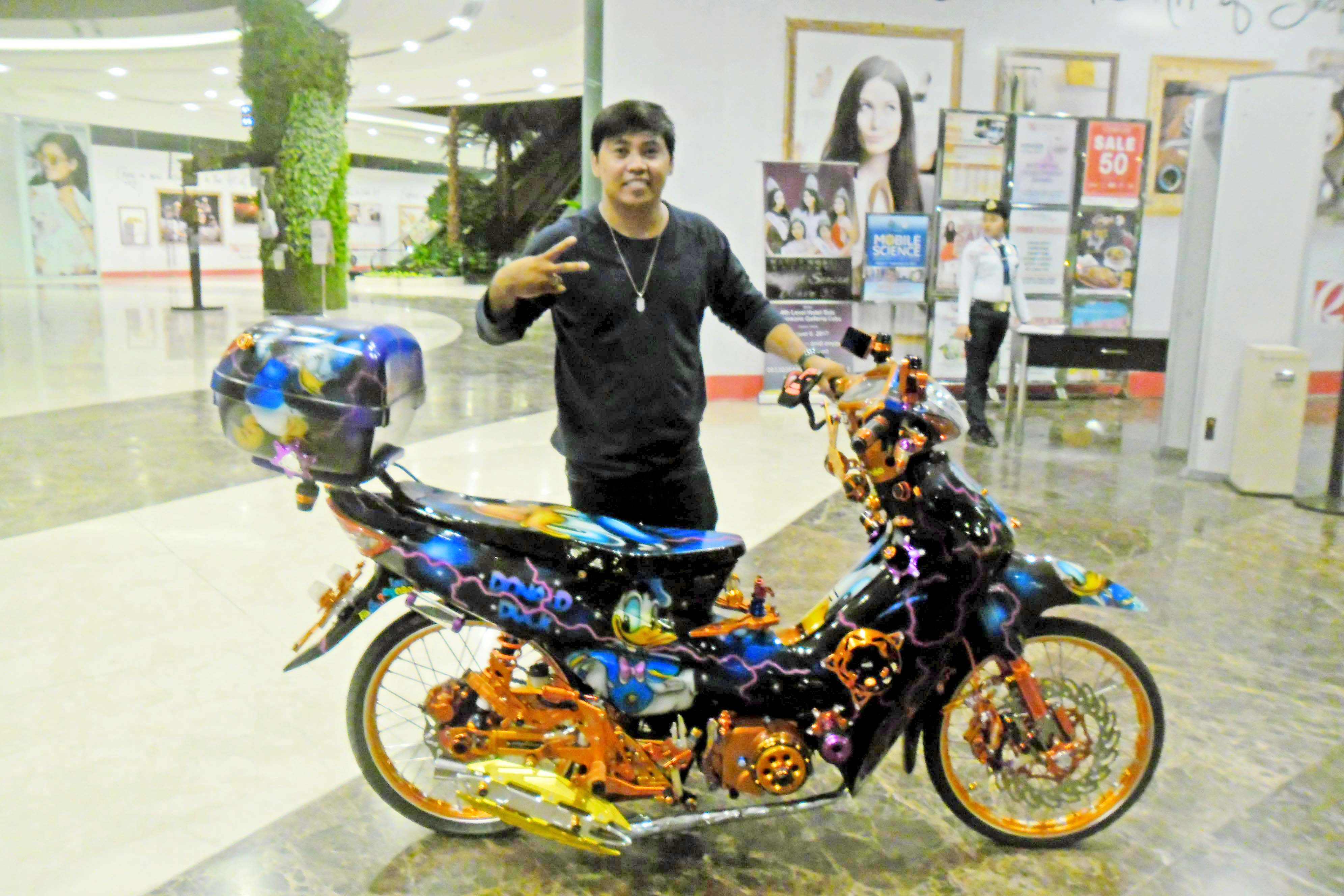 “I would like to thank Cocoi Franco Jagape who helped with the custom air brush art, Seth Capuras who spend time for the transportation of the bike when there is a show and most especially to JimLyn Motor Parts family. I thank my wife for being very supportive and proud of me every time I join motor shows. Thank you so much to InsideRACING Magazine for giving me this wonderful
opportunity to be featured in their magazine,” Jimmy shared. 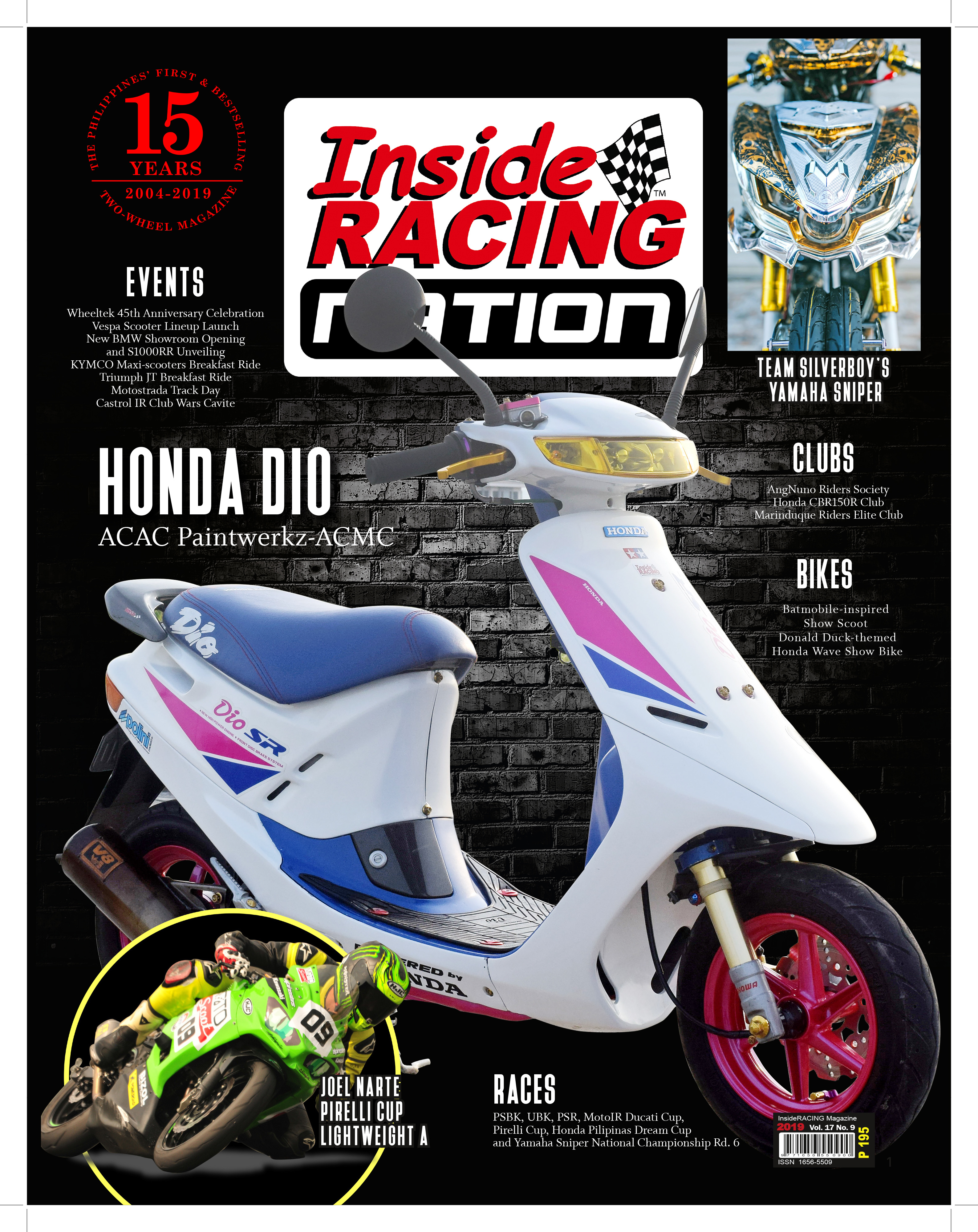