For 11 years, the InsideRACING Bike Festival and Trade Show has been an important event for motorcycle industry players and enthusiasts. A premier motorcycle show not just in the country but in Asia as well, the event gets bigger and better each year. Now, InsideRACING is bringing the magic to Davao as the number one two-wheel magazine in the country stages the 1st ever IR Mindanao Bike Fest and Trade Show this November 4 and 5 at the Function Room 1 of SMX Convention Center Davao, SM Lanang Premier in Davao City. 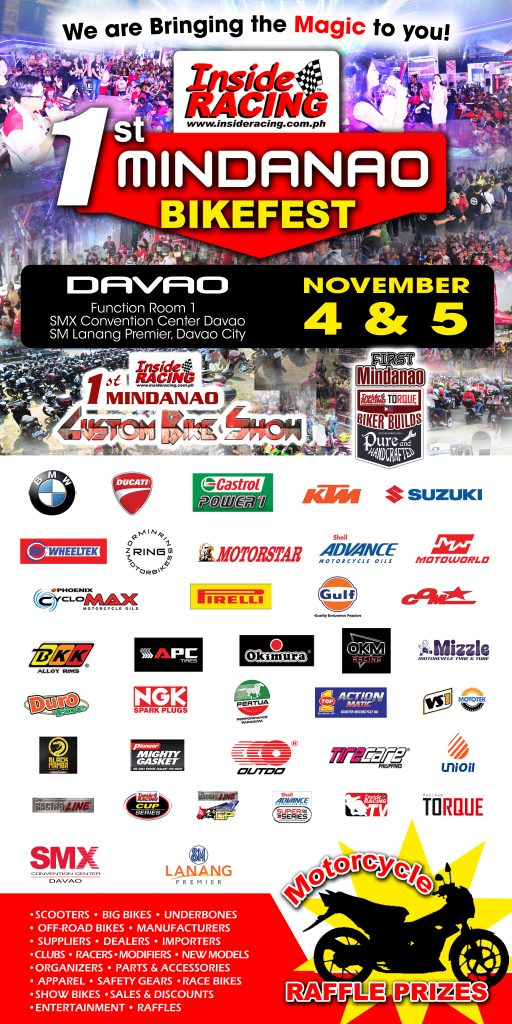 Motorcycle riders and enthusiasts from the South can now experience the joy and magic of the IR Bike Fest. There will be motorcycle exhibits from scooters, underbones, big bikes, off-road bikes and more; modified bike competition and custom build display which showcase the ingenuity and creativity of motorcycle customizers and modifiers from different parts of the country as IR also holds its first Mindanao Custom Bike Show and First IR and TORQUE Mindanao Biker Builds; and there is also the much awaited raffle of motorcycles and other items from sponsors.

Motorcycles, lubricants, oils, tires, apparel, gears, parts and accessories and many more – it is indeed a haven for motorcycle owners and enthusiasts. See you at the 1st InsideRACING Mindanao Bike Fest!

Here are some photos during the 11th IR Bike Fest held at the World Trade Center Manila last March. 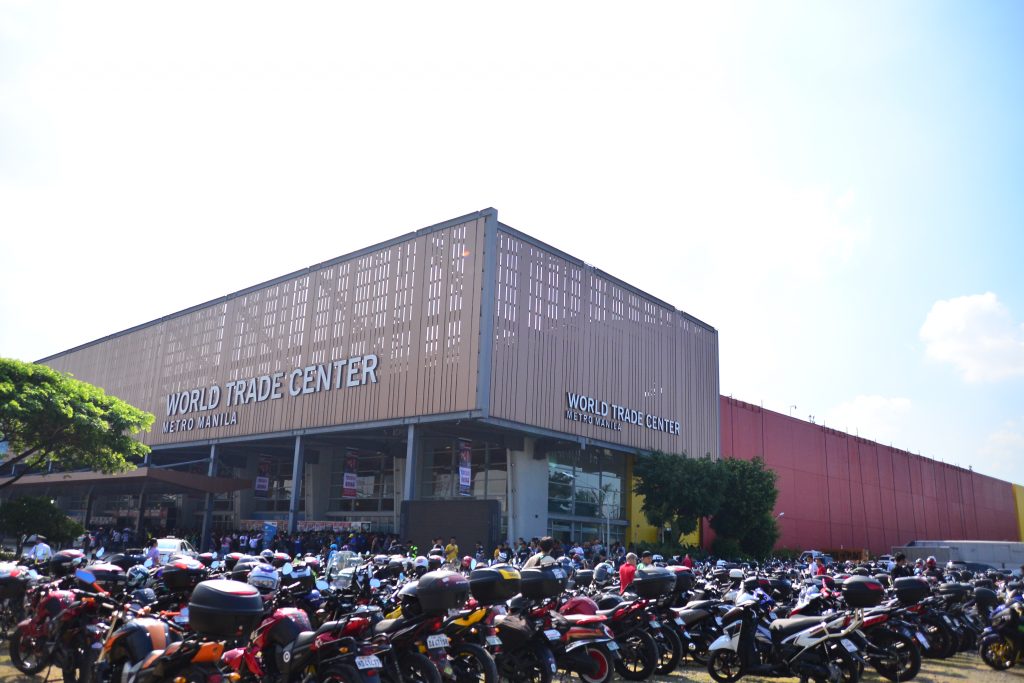 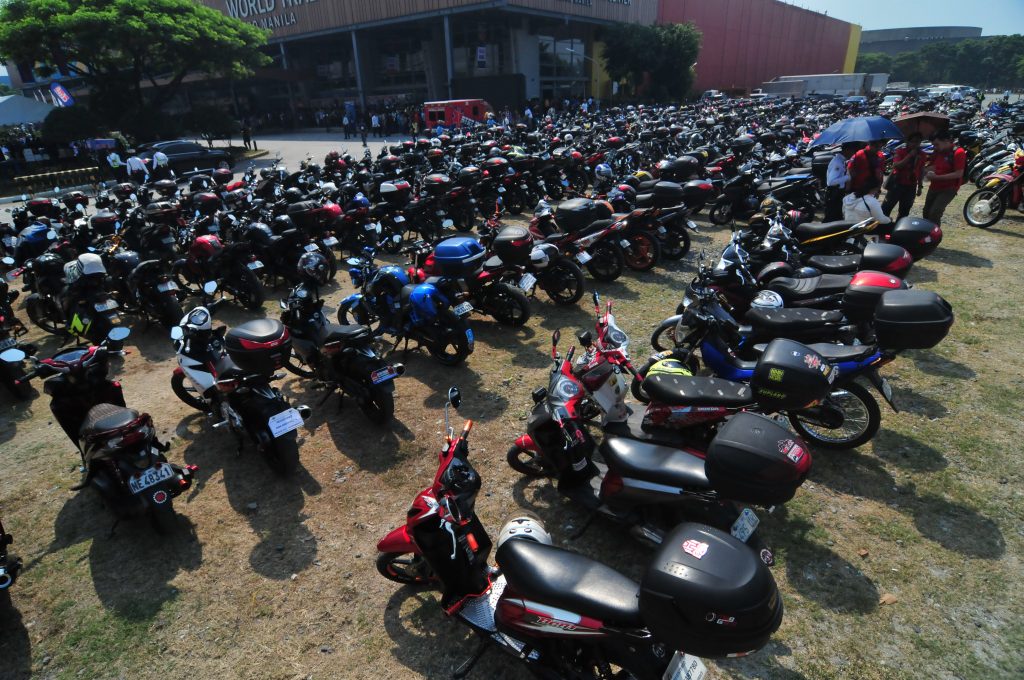 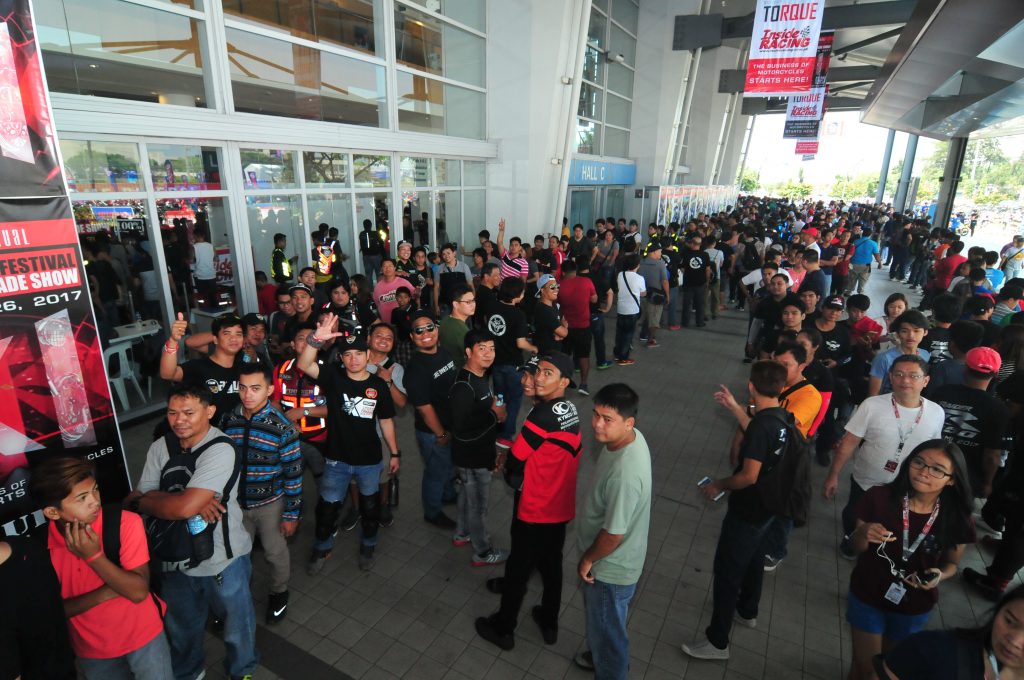 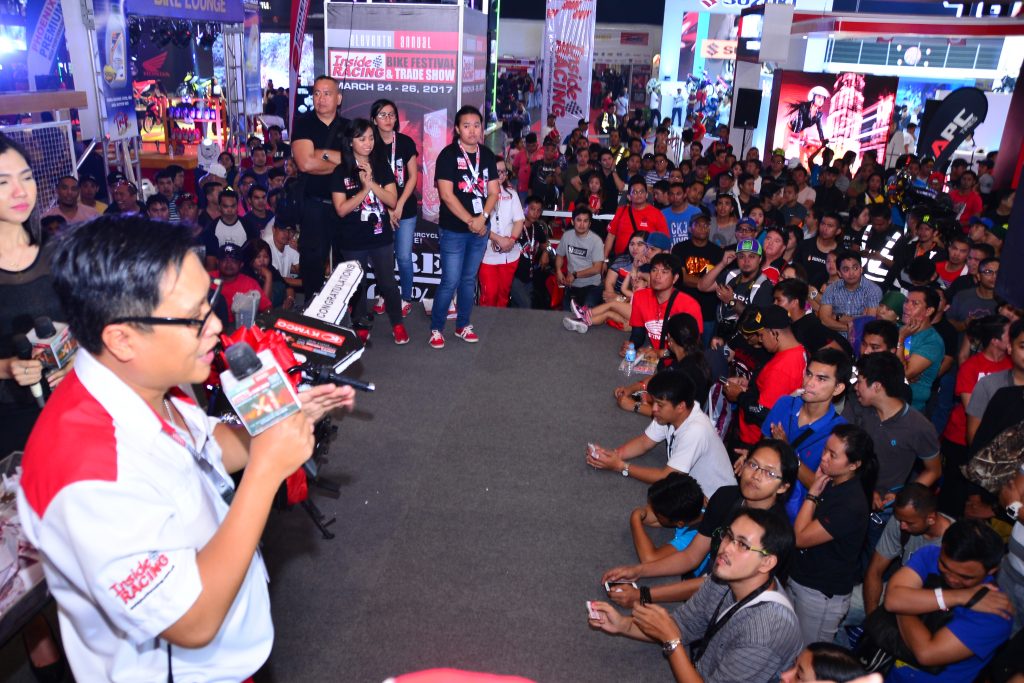 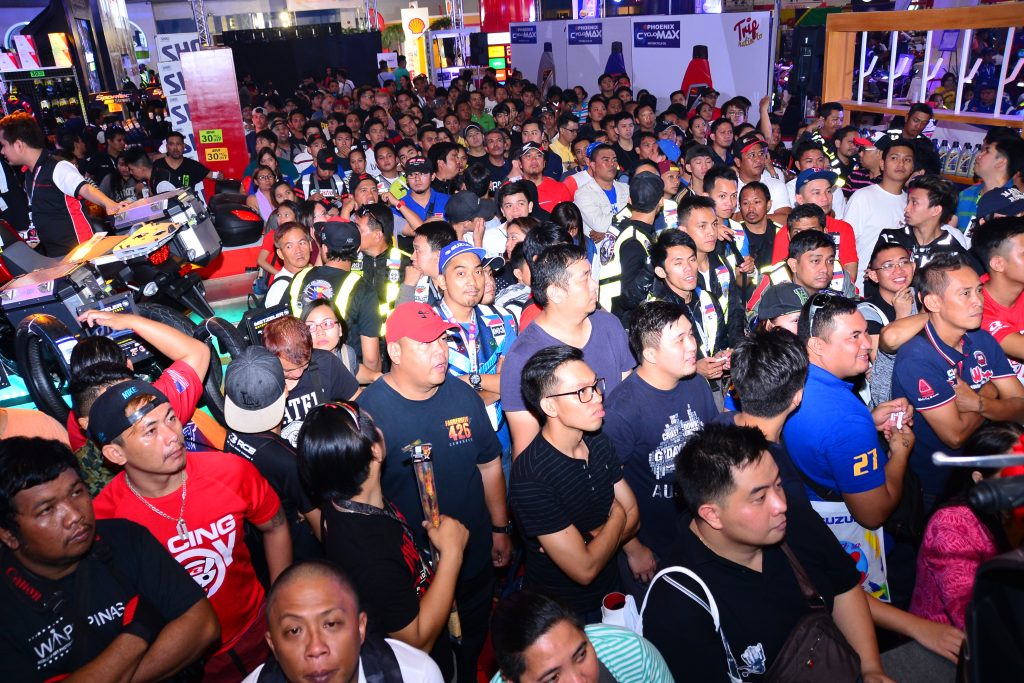 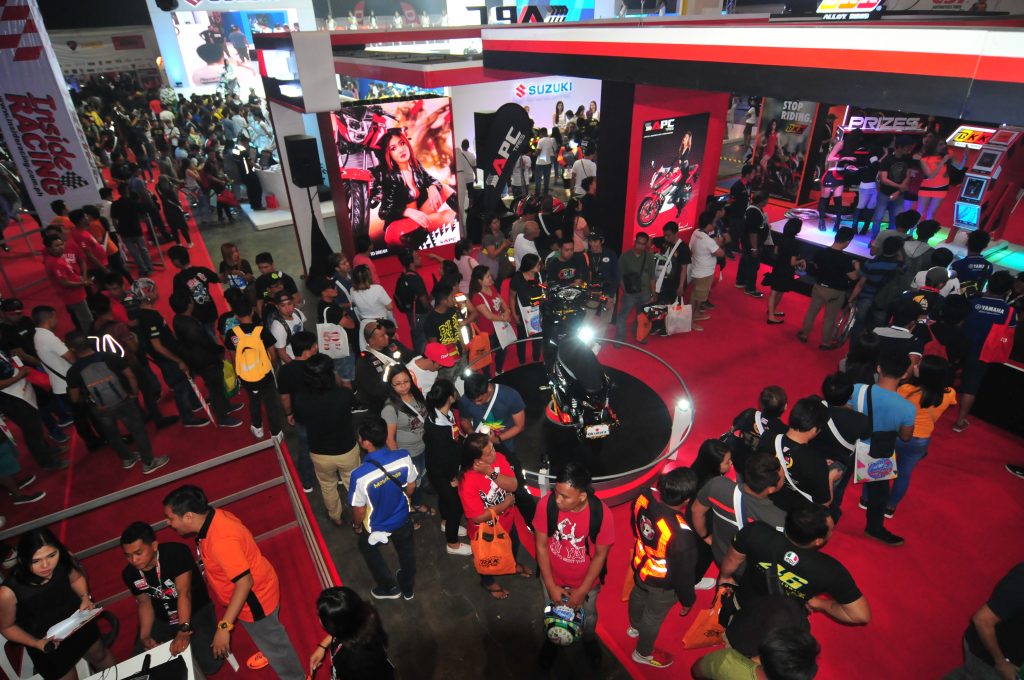 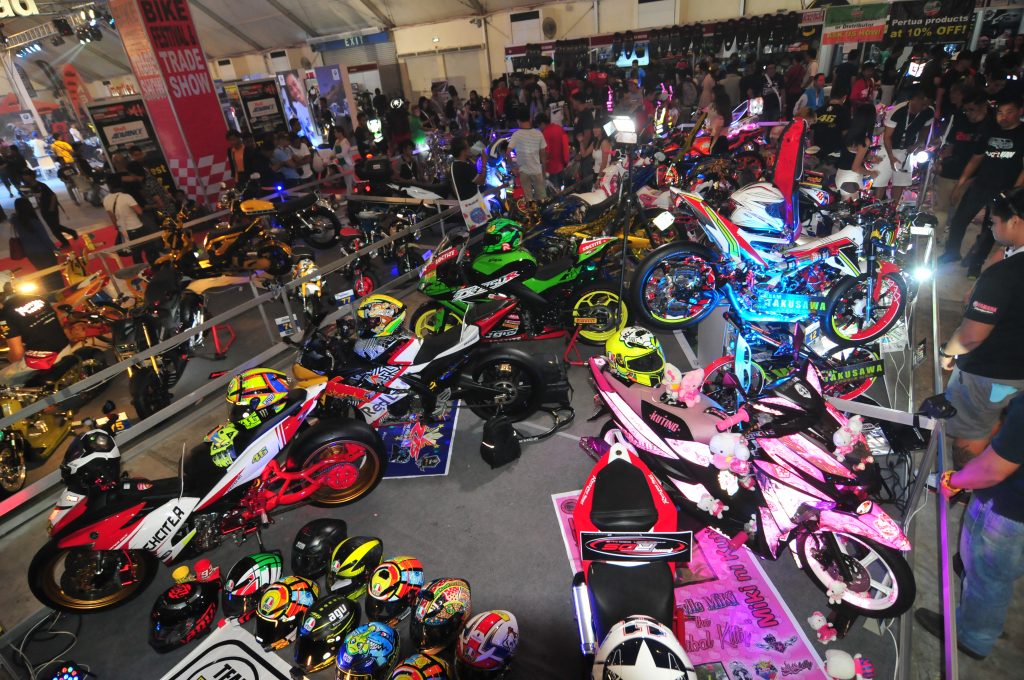 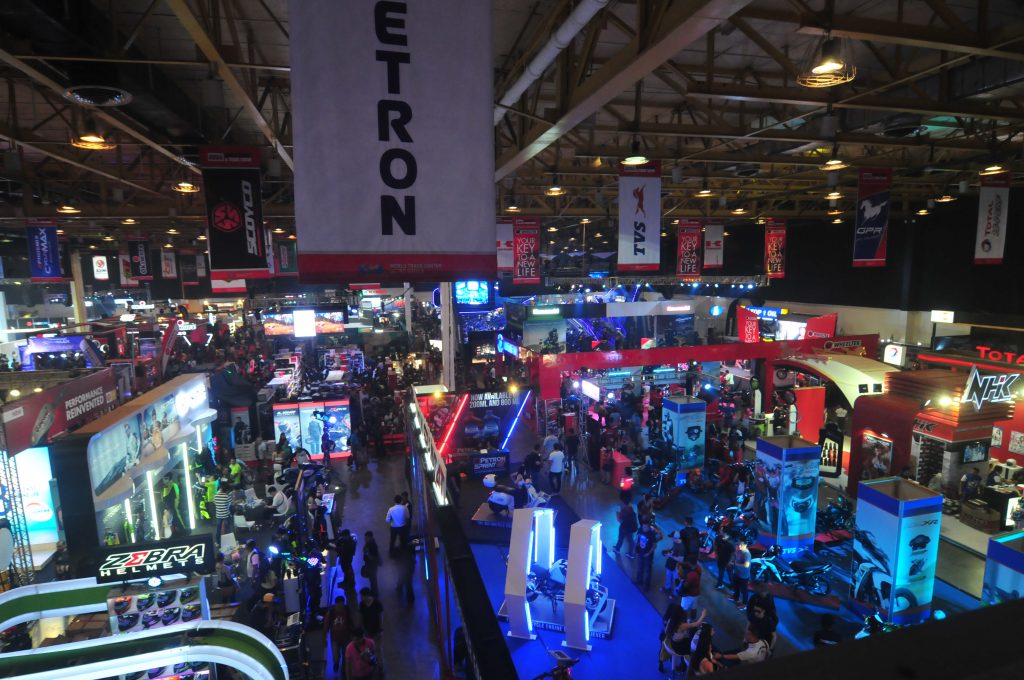