After its success in 2014, Ropali brought back the Partakan Rock and Ride Fest to Sta. Ana, Cagayan last May 1-3. Ropali is one of the leading dealers of multi-brand motorcycles in the country. 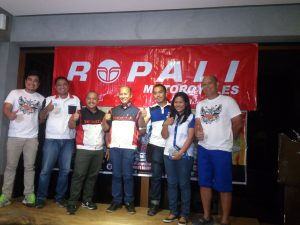 Ropali’s Mr. Lakay Arreola and Mr. John Louie Ruben with representatives from Honda Philippines, Yamaha Motor Philippines and Suzuki Philippines during the press con before the Partakan on May 2

Riders and motorcycle clubs once again travelled their way to the Pozo Robo Beach where adrenaline-pumping games, giveaways and prizes await them not to mention the scenic ocean inviting everyone to take a dip in its blue waters. On May 2, rider clubs competed in games prepared for them at the beach and winners were rewarded with cash prizes. Just like in its first year, there was again a Ropali Babe contest. There were also fun games held on stage. Loads of items from Partakan sponsors were also given away through raffles. Ropali also provided a free concert with performances from Chongkeys, Pinkcow, Buzzerbeaters, Spell Juan, Peace Mielarma, Traitors and Turncoats. Motorcycles were raffled off and these were Suzuki Shooter, KYMCO KTR, 2 CPI Tykes and Yamaha XTZ 125. Ropali also provided a free live telecast of the Pacquiao-Mayweather fight on May 3 to the riders who camped at the beach. 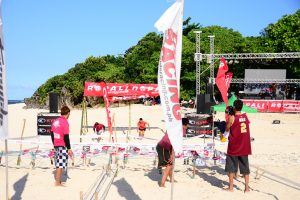 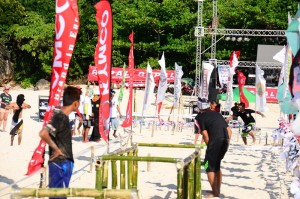 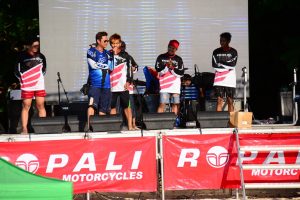 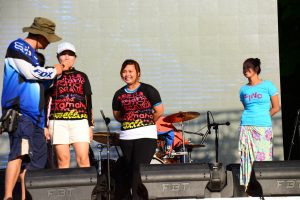 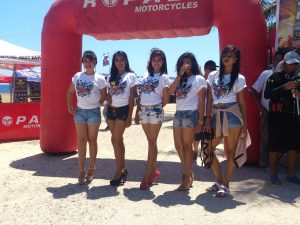 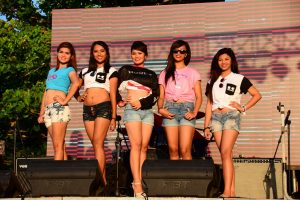 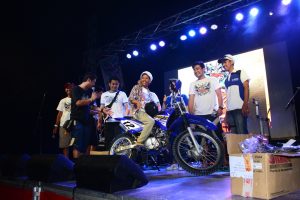 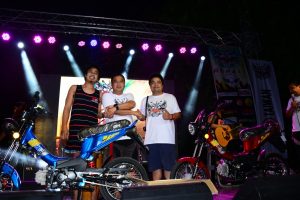