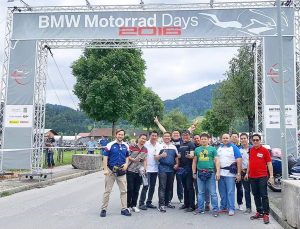 The world’s biggest BMW Motorrad meeting,  the 16th annual BMW Motorrad Days held in Garmisch-Partenkirchen in Germany from July 1st to 3rd 2016 was another huge success. This international event was again attended by thousands of  BMW Motorrad fans from all over the world to celebrate for three days, the Bavarian motorcycling culture that is BMW Motorrad. 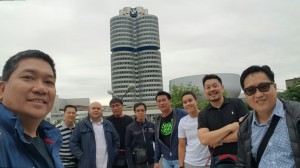 The Philippines was represented by a  12-man team composed of the local media, important customers and all dealers representatives who earned the trip because of their sales achievements for 2015. The contingent was led by BMW Motorrad Phils’ Mr. Gil Balderas and Mr. Zaf Tanpinco. Others delegates were Cyrus  Zoleta, John Cura , Albert Co Beng, Nestor Bautista, Maynard  Marcelo, Wilson Lu, Eymard Aquino, Alex Roleda and Touratech Phils’s Alvin Dee. 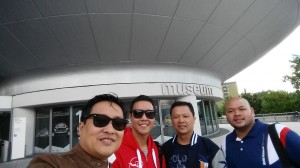 Upon arrival in Munich, the team was immediately treated to the spectacular BMW World and the BMW Museum. At the BMW World they got a first look of the soon to be introduced BMW RnineT Scrambler and BMW G310R motorcycles. 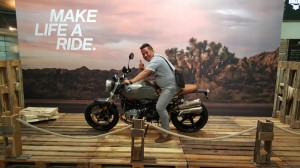 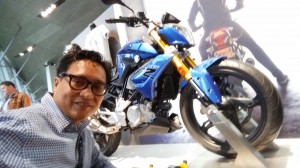 Meanwhile, BMW’s rich history and heritage was showcased in the most epic and elegant display of bikes and automobiles. The team saw the whole history and timeline of the iconic BMW boxxer twin engine. 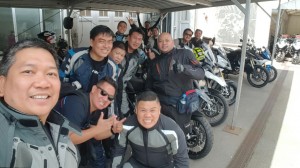 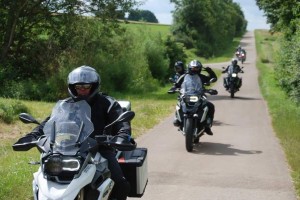 The next day,  the  Philippine team took a scenic tour ride from Munich to Nordlingen on board BMW’s finest machines namely the R1200 GS, R1200 GS Adventure, S1000XR and R1200 RT. The group traveled more than 200 kilometres going around the best roads of this part of Germany in the nicest weather possible. The final destination for the day was a hotel within a historic medieval walled city in Nordlingen. 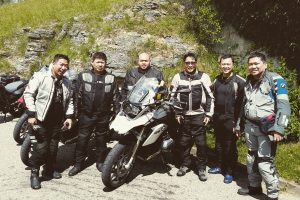 The group was split into two groups for the next two days as half went to the world famous BMW Enduro Park in Hechlingen for a 2-day BMW Enduro training while the other half got to do more Alpine touring and saw the rest of Germany including a trip to Austria. 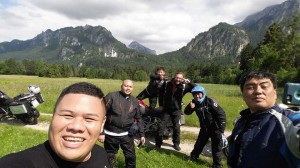 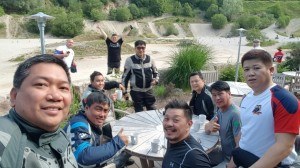 Everybody who attended the training succesfully completed the course with everyone suffering at least a fall during he two days of intensive off-road training. The most serious fall happened to Alvin Dee in the Advanced Group during the second days’ final excercises, which was a big descent on a steep gravel hill. Alvin managed to clear the exercise on his first try and was on his second attempt when he fell near the bottom that unfortunately injured his right ankle. The high level of medical support and air-lift evacuation facilities ensured that Alvin’s injury was treated swiftly and correctly with minimal risk, although he had to spend the next few days inside an Inglostat hospital. 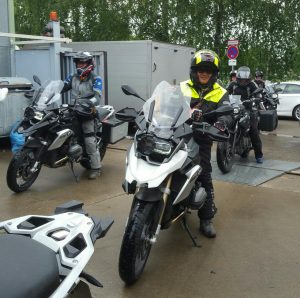 Meanwhile, the rest of the team took on another road trip the next day back to Munich under inclement weather. The conditions let the riders enjoy the safety benefits of the RAIN mode found on all the BMW motorycles. 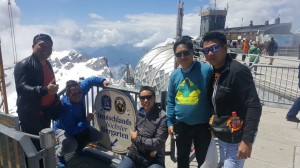 The next day, the team was transferred via bus to Garmisch for the Days, but it included a suprise visit to the highest point of Germany. After a bavarian sausage lunch at cold temperatures, it was off the Garmisch for the Motorrad Days Festivities. 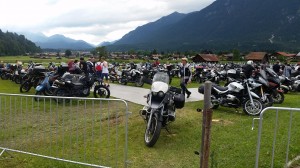 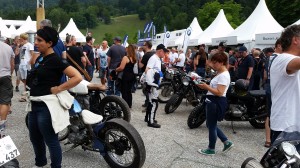 It includes a fine display of custom built bikes, a BMW Classic showcase, the GS Trophy Pavillon, a boxxer sprint drag race, a stunt show,  a motodrome exhibition, concerts, an enduro demo park , a drift show plus a complete display of the latest BMW Motorrad line up including the soon to be released G310R and RnineT Scrambler. Off course, there were lots of discount for BMW Motorrad accessories and gears. 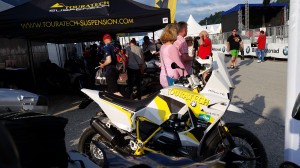 Look out for a more comprehensive report in InsideRACING and TORQUE magazines.