The 350,000th model of the largest selling family of motorcycles in Ducati’s history is a Monster 1200 S “Black on Black”. 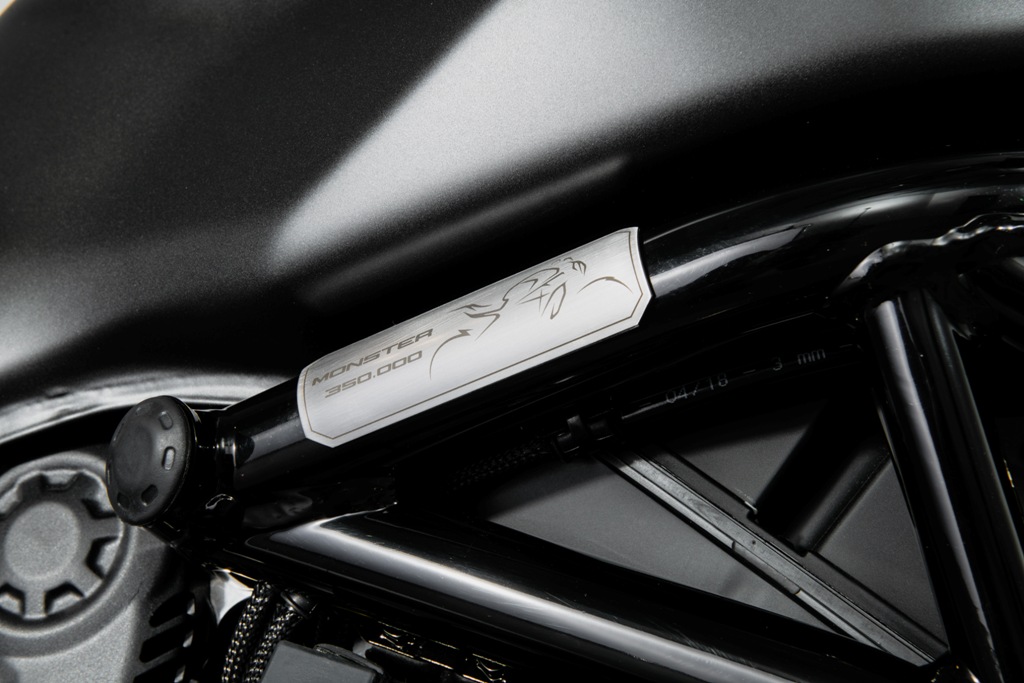 Ducati CEO, Claudio Domenicali, delivered the bike that marks this important milestone to its owner, who was invited to Borgo Panigale for the occasion.

Almost 30 years after its creation, the legend of the Monster continues with the new model launched during the Ducati World Première, which will arrive in dealerships in April 2021 Borgo Panigale, Bologna, January 15, 2021 – The Monster reaches a significant milestone in its history with the delivery of the 350,000th model. This is a Monster 1200 S “Black on Black,” which Ducati CEO Claudio Domenicali and the Director of the Ducati Design Center Andrea Ferraresi personally delivered to its owner, the Ducatista, Sebastien Francois Yves Hervé De Rose. 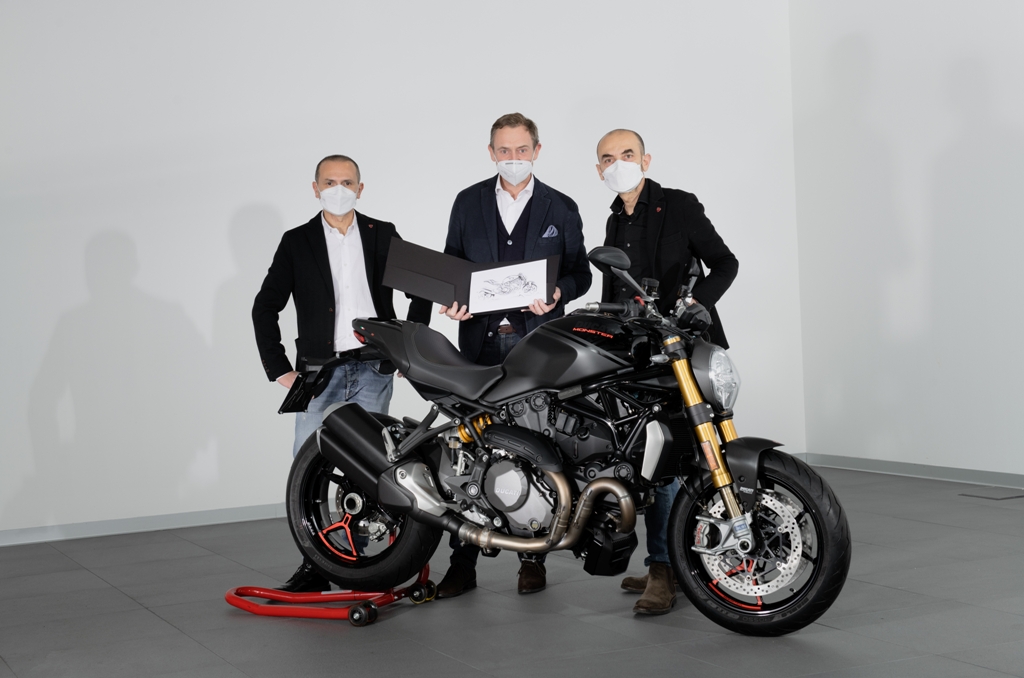 Mr. De Rose, who ordered the Monster 1200 S “Black on Black” from the Ducati dealer in Milan, was invited to Borgo Panigale for the occasion. The bike was personalized with a plate bearing the number 350,000 and was delivered to the owner accompanied by a certificate of authenticity signed by Claudio Domenicali and a sketch of the Monster signed by the designer Angelo Amato.

The Monster is the largest selling Ducati model of all time, as well as the longest-serving motorcycle in the range. Its legend was created in 1992 when the company had the intuition of putting a Ducati on the road with a superbike chassis stripped of the fairings and all elements not strictly necessary. With the launch of the M900 model, the first Monster ever, Ducati was able to give rise to a new segment of the motorcycle market – the sports naked – creating a bike that has represented a true benchmark for several generations. 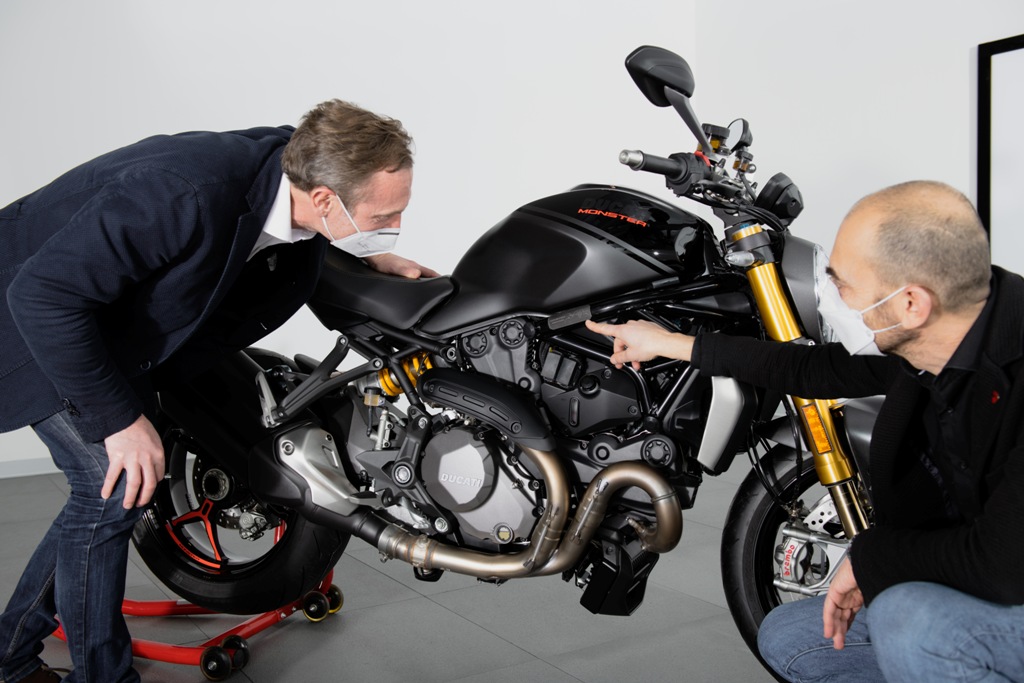 Over the course of almost 30 years the Monster has changed, improved and evolved from a technical and aesthetic point of view, but without ever losing sight of its main goal: to be a fun-to-ride bike for motorcyclists from all over the world and inspire new generations of enthusiasts. From the legendary Monster 600, which opened the Ducati world to many young motorcyclists, to the second generation with the 696 and 1100 models, passing through the 4-valve versions, up to the most recent 797, 821 and 1200, Monster represents an extraordinary success for the brand and for the Ducati company. 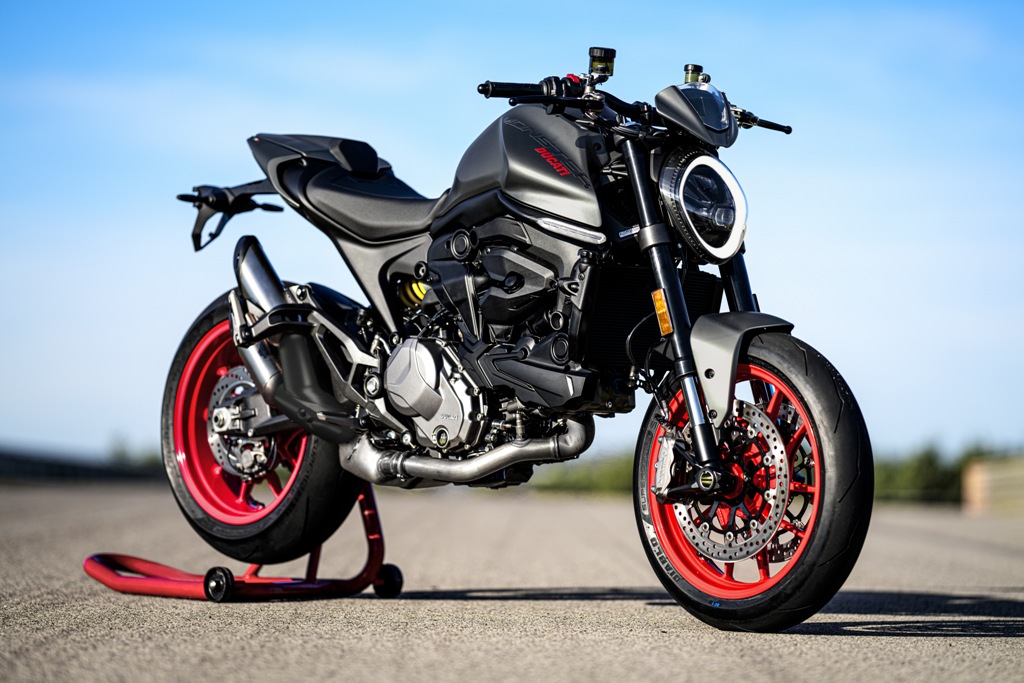 On December 2, 2020, the Borgo Panigale manufacturer presented the new generation of the Monster to the public, which will arrive in dealerships in April 2021. A light and essential bike, inspired by the original recipe from 1992, with a frame derived from the Superbike and a high-performance engine perfect for road use. Thanks also to the new design, which has evolved in a modern, sporty, elegant and technological direction, the new Monster is the ideal choice both for those approaching the world of two wheels for the first time and for the expert rider. The Monster is ready to inspire new generations of motorcyclists with brilliant but always easy-to-manage performance, extremely low weight, a nimble and intuitive chassis and a prestigious array of electronic equipment.