The ‘Cathedral of Speed’ was fast furious throughout the Round 8 weekend, and Sunday’s race was no exception. Assen Circuit stayed dry and the pace was hot from the get go. 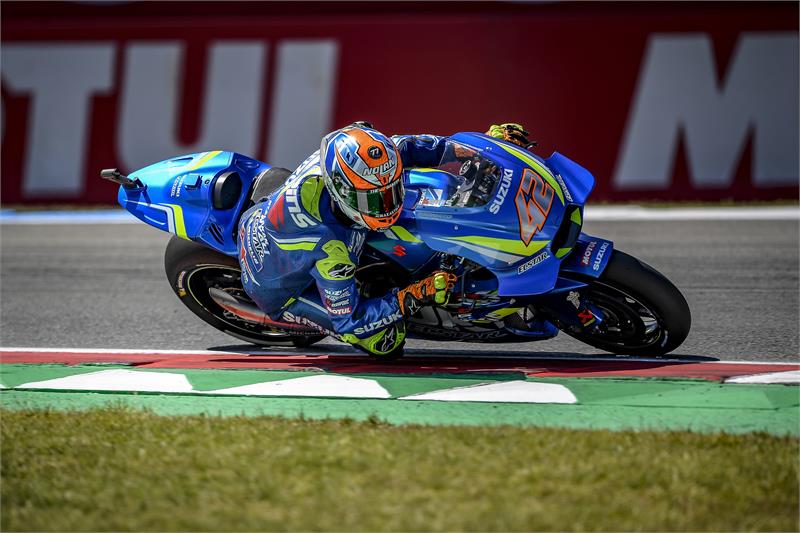 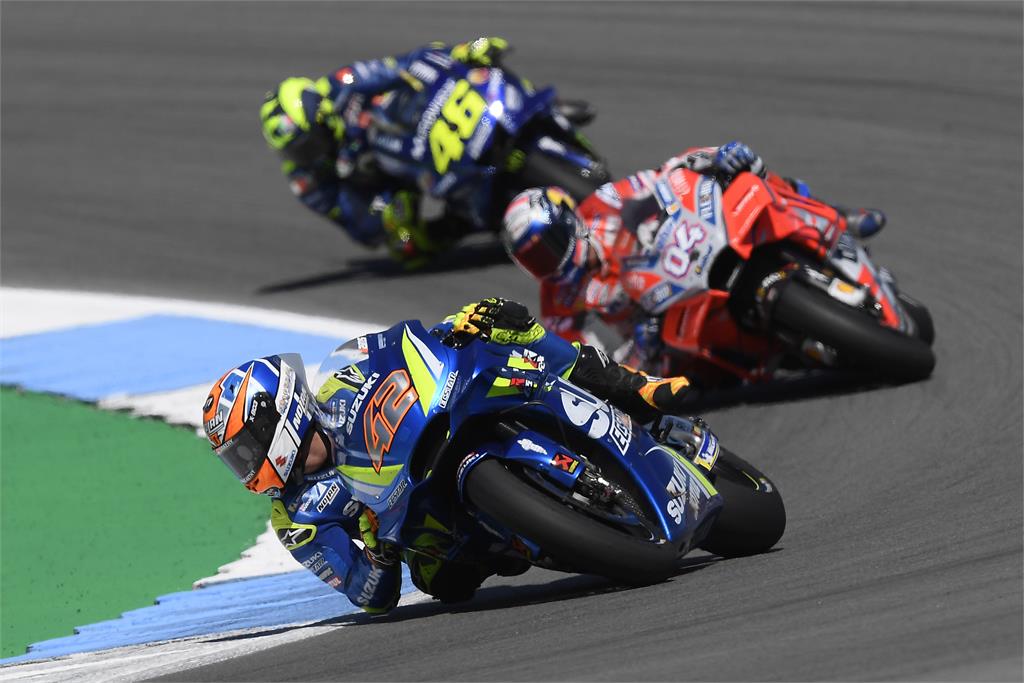 Alex Rins, from the second row, was able to get a good start and Andrea Iannone soon joined him, also making good progress from his 9th slot start. The pair began to mix it in the leading group, and as the frantic and combattive race got closer with each lap, Alex Rins used his good feeling and form at Turn 5 to great effect; passing several riders there and constantly placing himself in podium contention. The young Spaniard executed a brave move on Marquez for 2nd place with 15 laps to go, proving his desire to bring his GSX-RR back to the podium. In the final laps he pushed hard once again and completed a great pass on Viñales before the final chicane, fighting all the way to the flag for his second podium of 2018. Meanwhile, Andrea Iannone managed to keep himself in the Top 10 throughout the race, despite struggling with rear grip and movement, but a 2-second penalty for over-running turns 15-18 demoted him to 11th place. 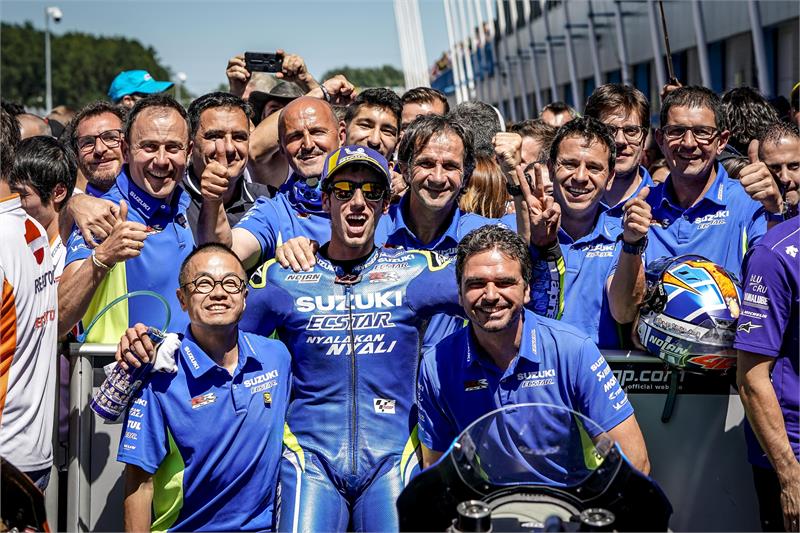 Ken Kawauchi – Technical Manager
“It was an incredible race. This morning Alex’s feeling was not so good, so despite hoping for a good race I couldn’t imagine getting this second position. Andrea had good speed, especially in qualifying, but it didn’t transfer to the race. This is a problem we’ve had for the last few races, so we have to fix it. We’ve had several podiums now, some third positions and some second positions, now we have to go for a win.”

Davide Brivio – Team Manager
“Of course we enjoyed the race a lot, it was really great to have Alex in the middle of the pack, battling with all the top riders. I really liked his spirit, fighting until the end and making a move on the last lap for second position. Assen is a difficult circuit and it’s easy to make mistakes, a few riders did, but he was very good for the whole race – this is the Alex we hope to see every Sunday! Unfortunately Andrea couldn’t do a really good race, he was struggling, especially with movement on the rear. At the beginning he was there in the front group, but then he lost some ground and unfortunately he couldn’t keep contact with the others, despite good lap times. I hope next time we’ll have both riders fast and fighting together. Anyway, we’re happy with this fourth podium.”

Alex Rins
“This morning I was feeling really sick, some problems with my stomach. But the doctors at Clinica Mobile gave me some medicine and it took away the pain, so I must really thank them, because when I felt better I thought ‘wow, this will be my race!’. It was a fantastic battle and I learned a lot of things during the race. Our race pace was good and I was able to enjoy it! There were a lot of over-takes and tight moves, so I was always trying to push to stay with the others and hold my space. I feel very positive with my bike and with my team, we all really want to improve and win. We’ve had a really competitive bike since Qatar, but we’ve been able to change a few things to get extra power and better performance, so I hope I can stay at the top for the next races too. I feel confident for Sachsenring.”

Andrea Iannone
“It was a bit of a difficult race. From the beginning I had problems with the bike moving a lot, so I struggled with this problem. But together with the engineers we’ll try to resolve it. We’ve already tried a few things, but we won’t give up until we find the solution. We have good one-lap pace, but we need to improve race pace and tyre longevity. I was on the limit a lot today and for that reason I made a mistake, but sometimes it’s like this in racing. I’m really happy for Alex, he made a really good race and it shows our potential. I hope I can use all of my potential soon too. Today my pace was good and I was quite close to the front group, so our target for Sachsenring is to try to improve a few things and stay closer to the front.”