Access Plus Racing-Ducati Philippines-Essenza continues its hunt for strong finishes in the Asian Road Racing Championship (ARRC) when the series heads to the  Buriram International Circuit in Thailand later this month. This time, both Timothy Joseph “TJ” Alberto and Jonathan Serrapica will be looking to convert the team’s promising pace it showed in Australia into results for the third round in 2019. 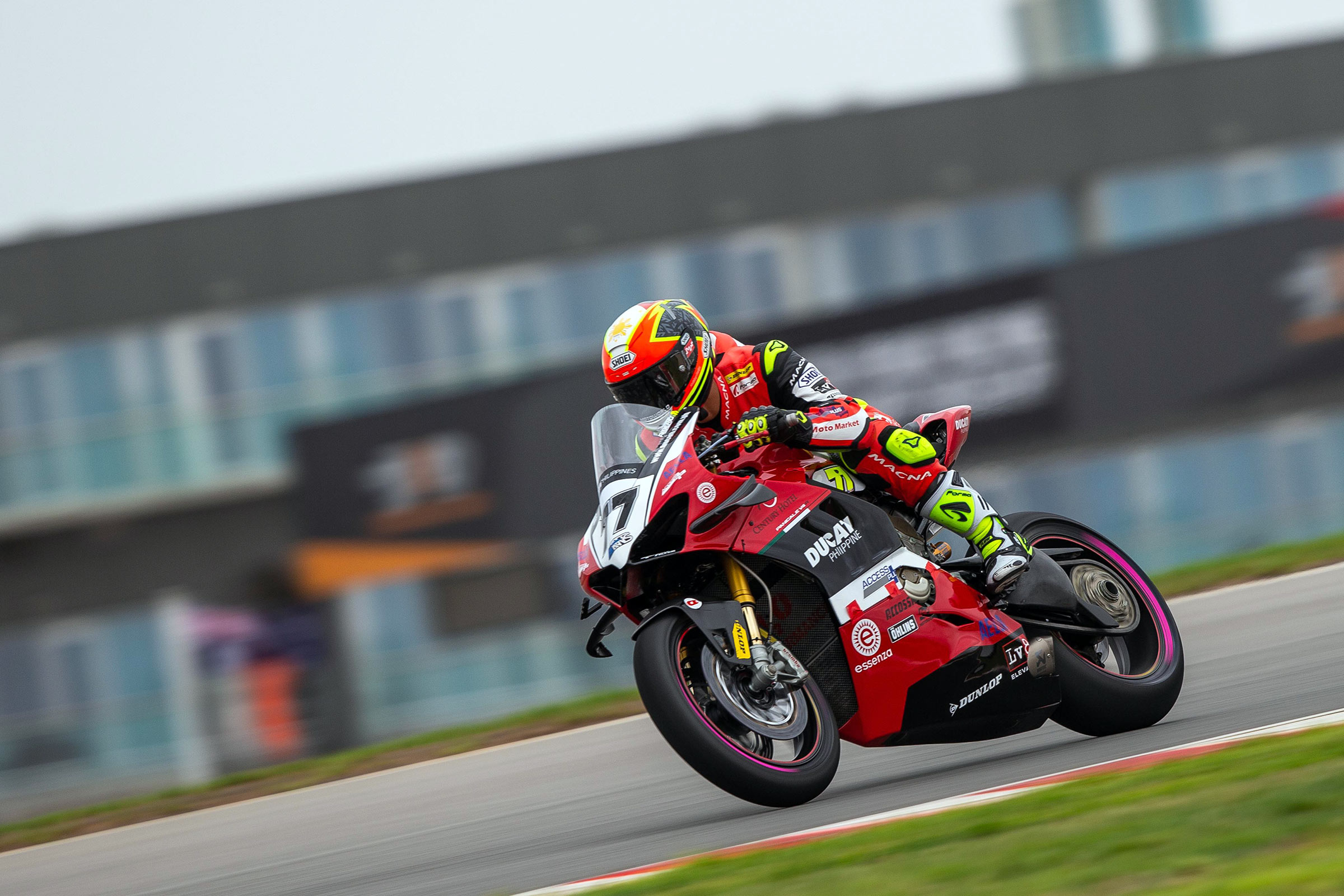 A lot has changed since the last event at The Bend Motorsport Park. The team has continued its development on the Panigale V4R, further fine-tuning the bike setup to suit the 4.554-km layout. With its potent 998cc 90° V4 engine, both Ducatis should also have an advantage on Buriram’s high speed corners and long straights, helping both riders bring the fight to the front runners. Further work was focused on honing Alberto and Serrapica’s riding style so they can confidently push the Italian superbike to its full potential.

Overall, the team’s outlook for the upcoming race weekend is very positive following improvements it gained in Australia. TJ Alberto is now 10th overall in the ASB1000 championship while Jonathan Serrapica holds onto 13th spot on the standings.

TJ Alberto, #77 Ducati: “The past few rounds have helped us clearly understand what is needed from the bike, technicians, and riders to perform at their best. We were on the opposite end of the spectrum during the first round in Sepang and we have been learning after each race. I’m confident that the bike is at its best as of now and all that’s needed is for us to get on and give it our best shot in Thailand.”

Johnathan Serrapica #48 Ducati: ”There’s a lot of changes to my body position for Thailand in order to make me feel more comfortable, therefore adding stability to the bike. I want to get a good start and stay as close to my teammate as possible, making the most of the fast straights in Thailand. We’ll be experimenting on being faster and more consistent for this round.”

Toti Alberto, Team Principal: “We’ve made strides as a team over the last few months. We now better understand the new Panigale V4R which we just received from Ducati Corse right before the season began in Malaysia. Our progress so far have already allowed TJ and Jonathan to challenge for points and we’re looking forward to further improve on our results in Thailand.”