Access Plus Racing welcomed the new 2022 Philippine Superbike Championship (PSBK) in the same way they ended the previous season – at the front and on the top step of the podium. But it wasn’t a flawless weekend for riders Timothy Joseph “TJ” Alberto and Lawrence Macalinao who had to work hard for their race victories at the Clark International Speedway. 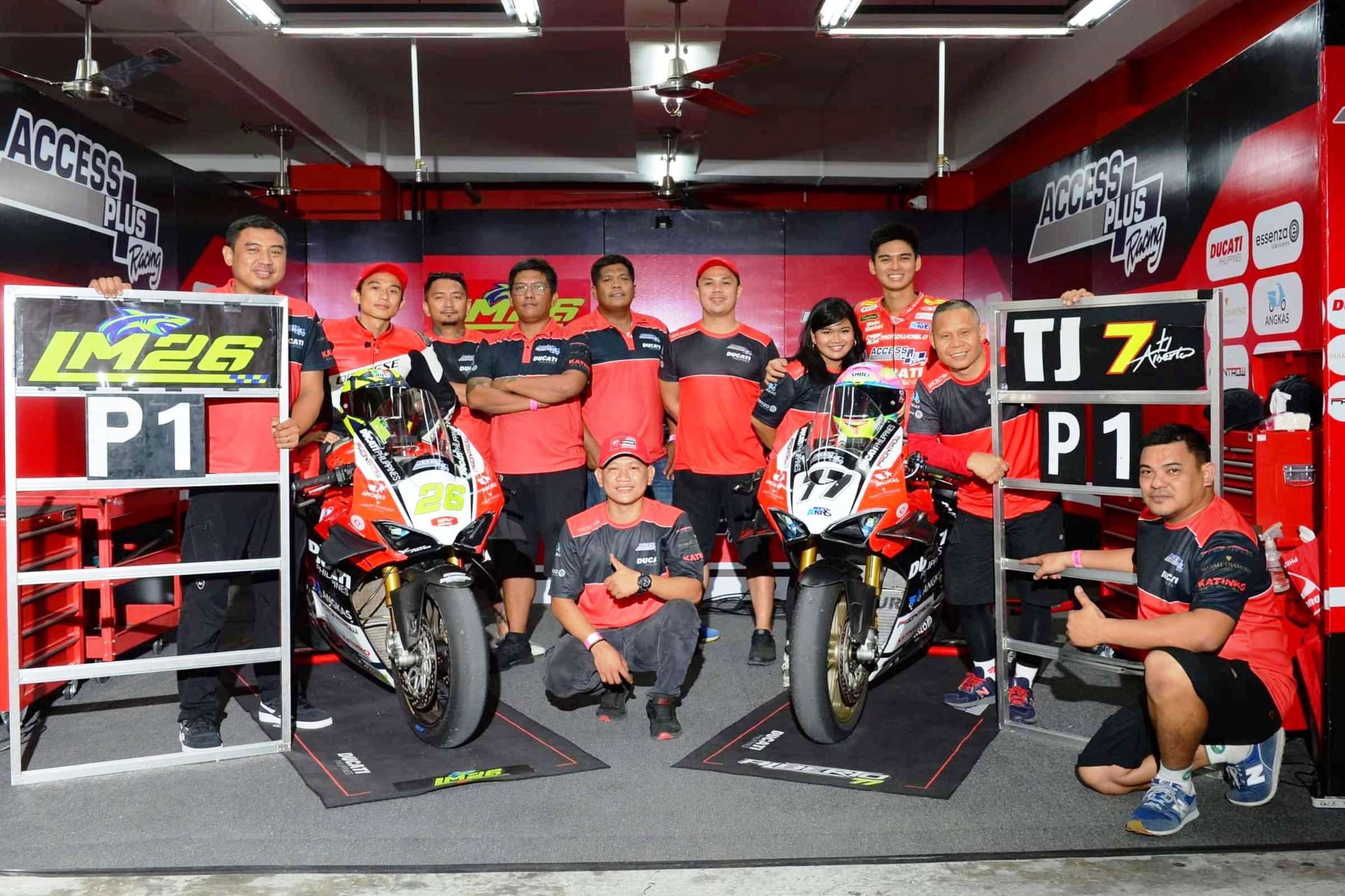 Alberto was back to defend his title by placing his #77 Ducati Panigale V4 on pole position during Qualifying. His quickest 1:50.101 lap, however, was almost a second slower than his previous best as the reigning champion was still nursing a shoulder injury. Team newcomer Macalinao, on the other hand, was quick to adapt to the new machinery and ended up 4th quickest in the session just behind three past PSBK champions and in front of all the other Intermediate Class riders. 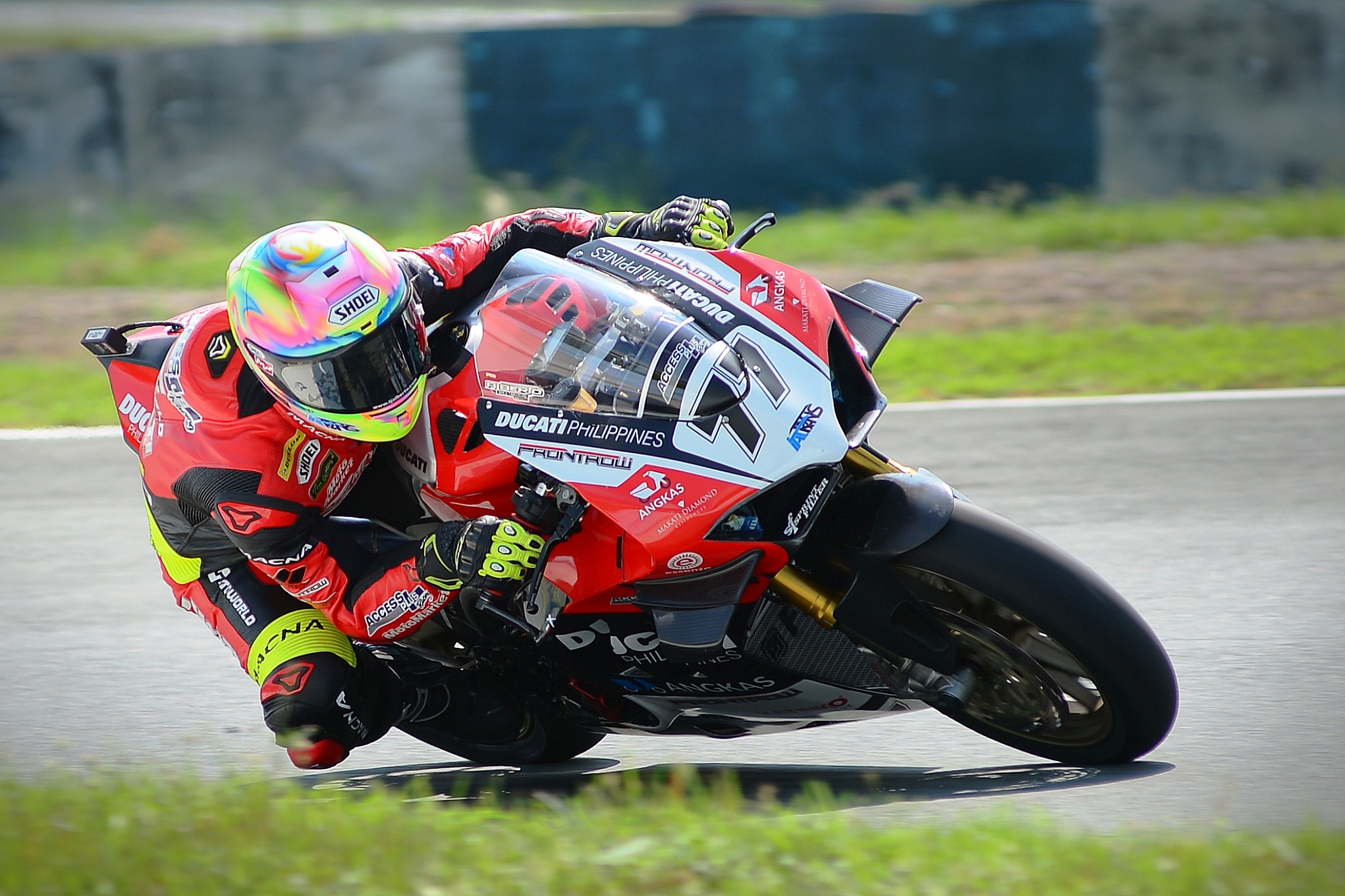 Race 1 was a lights-to-flag win for TJ Alberto, but it was one he had to fight for. Marvin Mangulabnan onboard the #189 BMW was breathing down his neck throughout the 10-lap race looking for an opportunity to take lead. Despite the pain caused by his shoulder injury, Alberto stayed ahead just enough to cross the finish line in 1st with a slim 0.455 sec advantage. A few places behind him was Macalinao. Consistently quick laps allowed him to open up a 12.032 secs advantage against the other Intermediate Class riders and score his first win for Access Plus Racing. 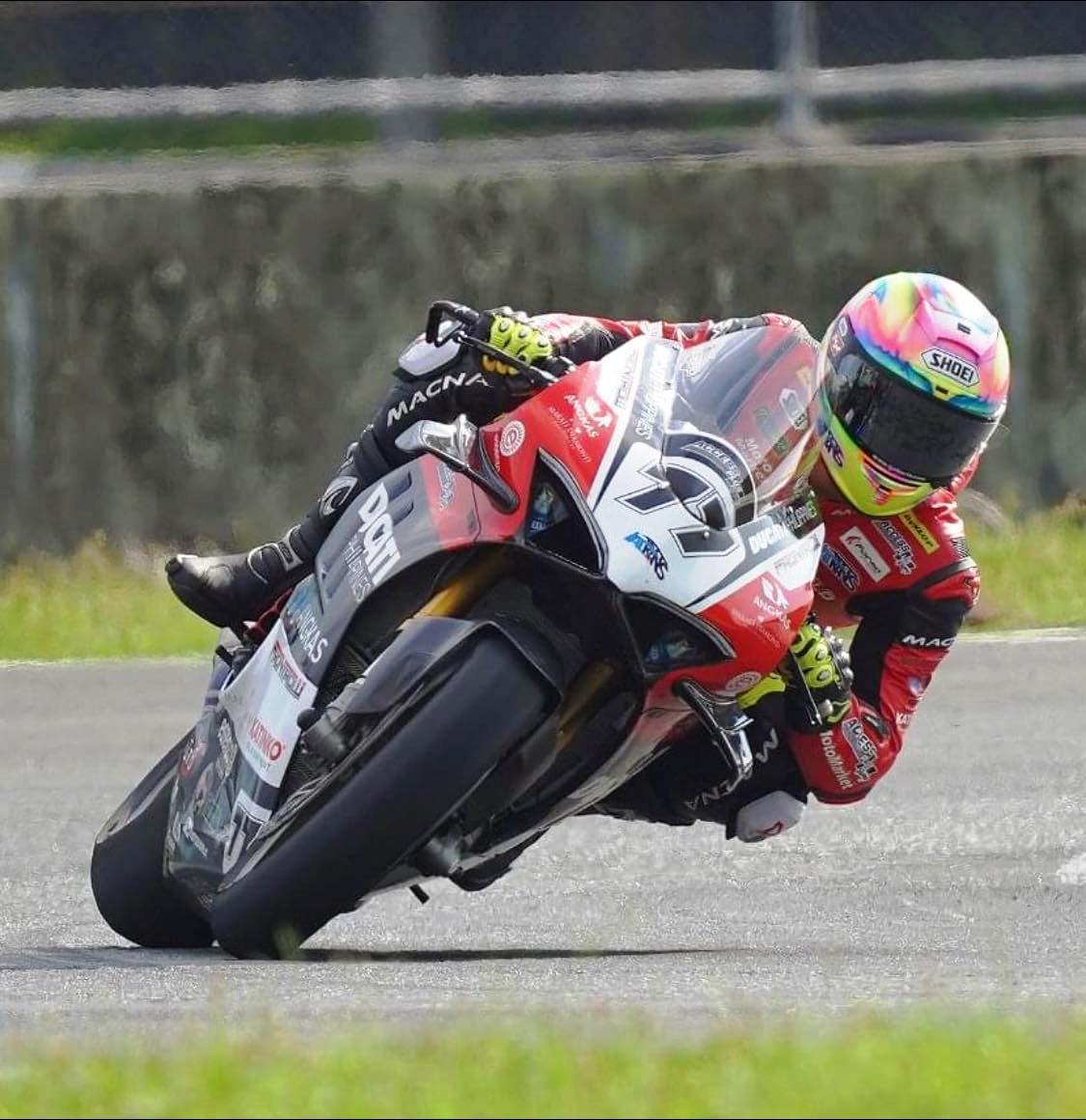 It was another tough day at the office for Alberto in Race 2 with Mangulabnan again hounding the Ducati rider. The two were nose-to-tail and in a class of their own. In the end Alberto would take his second race win of the weekend by finishing 0.167 sec ahead with the rider in 3rd taking another 47 seconds to reach the chequered flag. It should have been another easy win for Macalinao who was in a solid 4th overall and 1st in the Intermediate Class with only four laps to go. Unfortunately, he suffered a very uncommon brake failure that forced him to limp all the way to the end. But he managed to build up such a big lead before the issue that he still ended up 3rd in class. 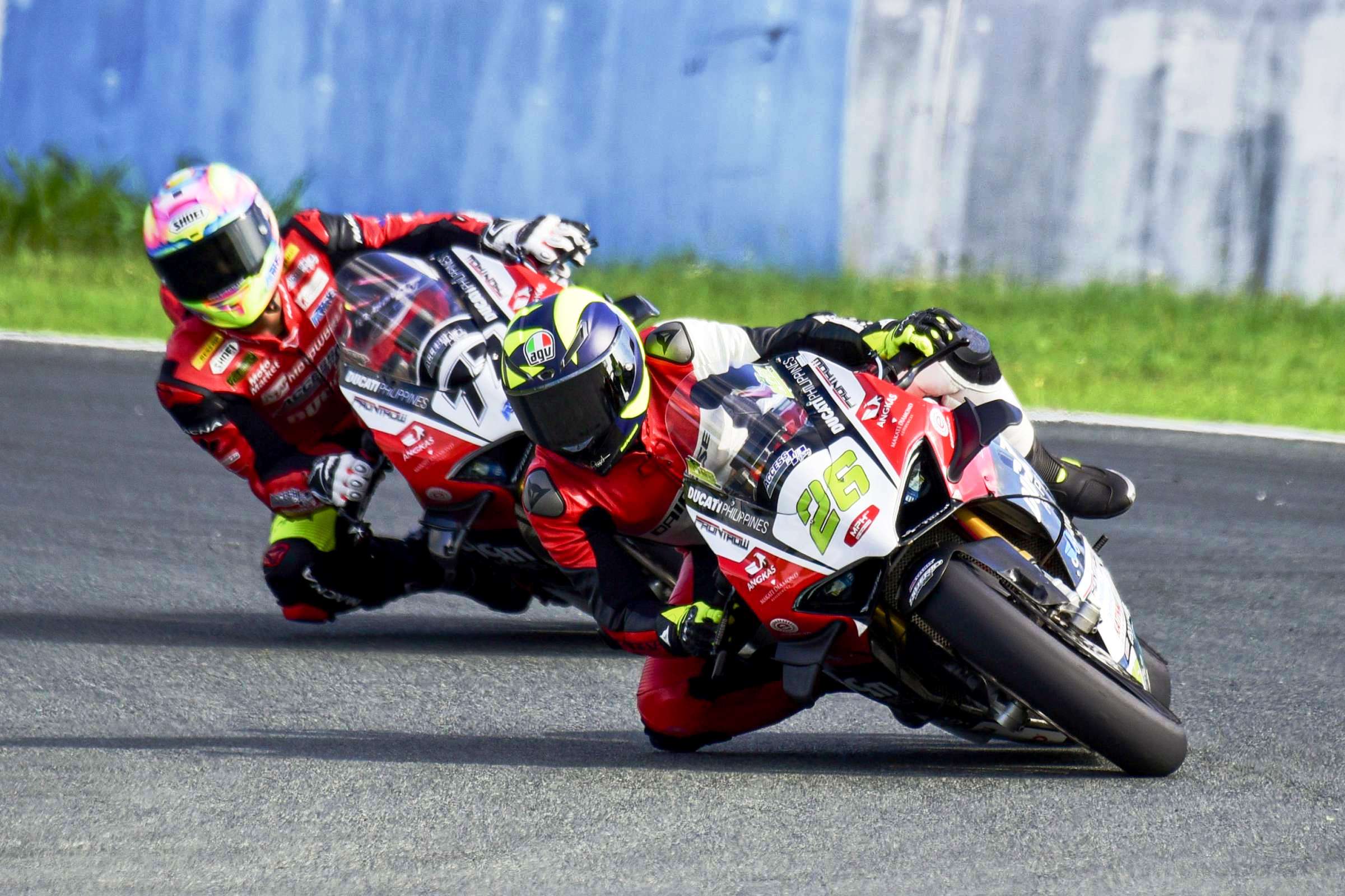 Access Plus Racing will be back on track in just a month’s time when the 2022 Philippine Suerbike Championship moves to the Batangas Racing Circuit for Round 2 on July 2-3. This will be the series’ first time to visit the circuit in two years after last year’s championship was purely held at the Clark International Speedway.

TJ Alberto, #77: “Happy to get the best possible results from the season opener – coming in 1st in all the timed sessions. Marvin [Mangulabnan] really gave me a good workout and it was enjoyable battling with him in both races. It’s a good start to the PSBK season with the points lead in our hands. Can’t wait to race in Batangas in a month’s time.”

Lawrence Macalinao, #26: “I’m really starting to understand Panigale V4 more and also learning to work with the whole team. Everyone’s hard work paid off and I’m thankful with the results we achieved this weekend. As we move forward together, I believe we can be even more competitive and fight for more podiums!”

Toti Alberto, Team Principal: “It was a God given with for TJ coming from a broken collarbone in Buriram. We had to compromise on the bike’s settings to allow him ride comfortably and still have good pace for 10 laps. He won based on a good start, consistency, and race craft rather than outright speed so thank you Lord for the results. Also very happy for Lawrence on his first race weekend with Access Plus Racing. He could have easily won both races, so we are a bit disappointed that a broken brake master reservoir mount dropped him down to 3rd. Lawrence showed what he can do with a professional team, a good bike, and full support. Still it was a great weekend another Ducati rider Manuel Chu taking the Intermediate Class victory in Race 2. He’s already 46 years old but stayed with the lead back. It shows what proper training and a good bike can do for a rider like him.”

photos from Access Plus Racing and Leo John Cordova