Angkas ambassador Alberto is the first Filipino to score a Top 10 finish in an FIM World Championship race!

Filipino Angkas Ambassador Troy Alberto made the local racing community proud again as once again he set a new record for international racing. 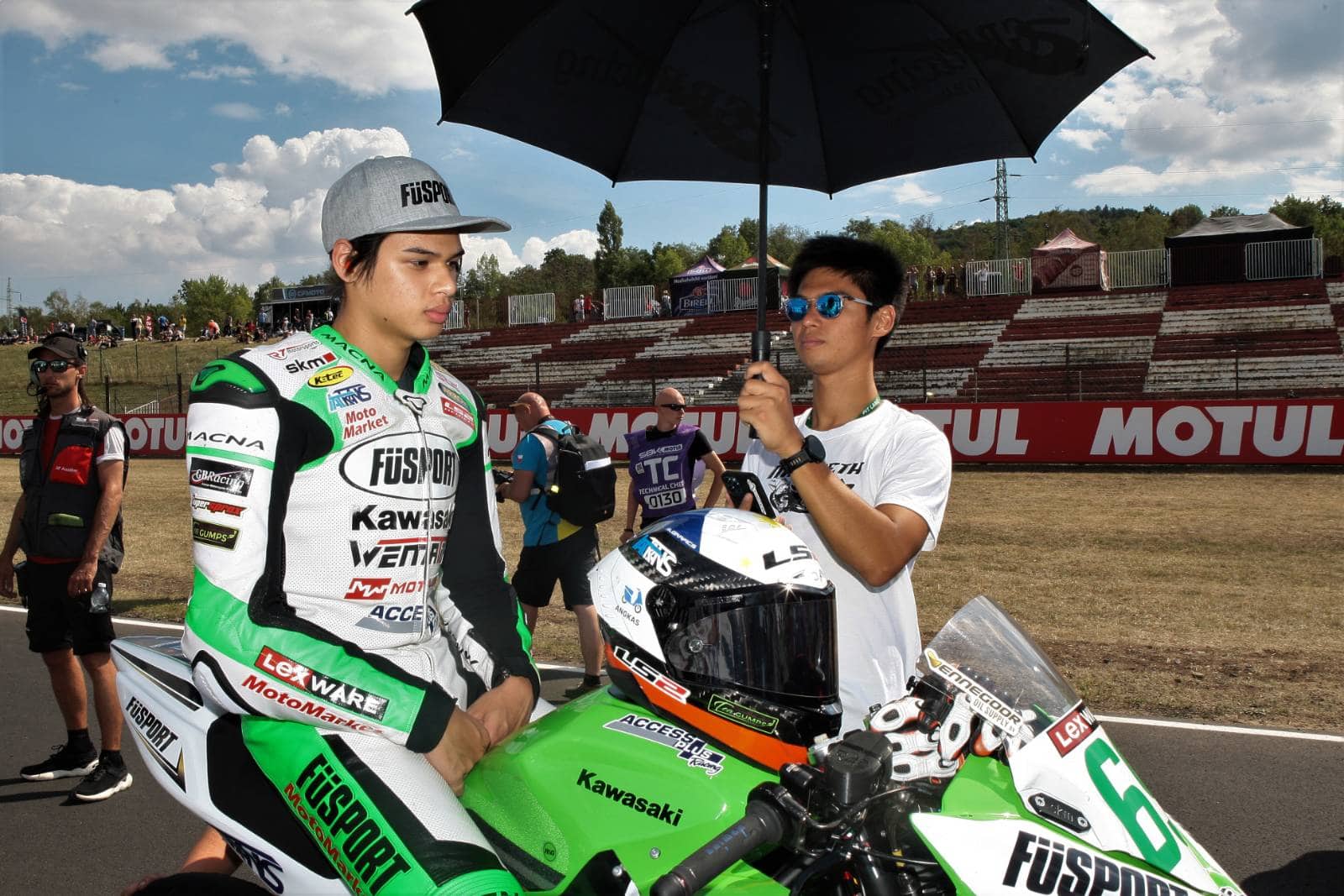 After making headlines for being the first Filipino to compete in a season of FIM World Championship road racing in the ultra competitive WorldSSP300 class, he later on became the first Pinoy to score World Championship points when he finished in the Top 15 in his Kawasaki Ninja 400 prepared by Team FÜSPORT–RT Motorsports by SKM–Kawasaki. 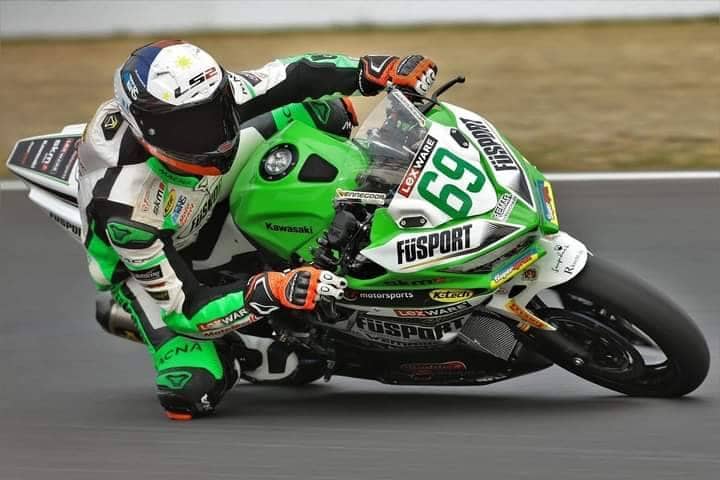 Last Sunday at the Czech Republic, he again reached another milestone in his international career by being the first Filipino to qualify and finish the race in the Top 10!

The Angkas-AccessPlus-Motoworld supported rider was part of a big group of riders fighting for 2nd place for at least the last 5 laps of Race 1. Holding a strong 8th in a nose-to-tail train of aggressive riders, Alberto was just patiently waiting to take advantage of any error of the riders in front of him. He had a realistic chance of at least a 5th place with his pace. Unfortunately, on the very last lap, just as he moved up a place to 7th place he was forced to run wide in a corner by another rider and lost the draft of the group.

Nevertheless, he finished a history making 9th place to become the first Filipino to earn that achievement in a World Championship road race! 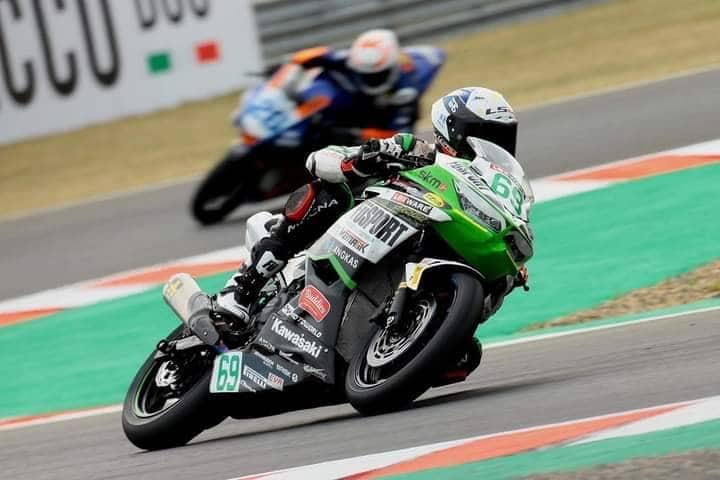 Troy Alberto made history once again in the Czech Republic, becoming the first rider from the Philippines to both qualify and then finish inside the top ten in a World Championship motorcycle road race. 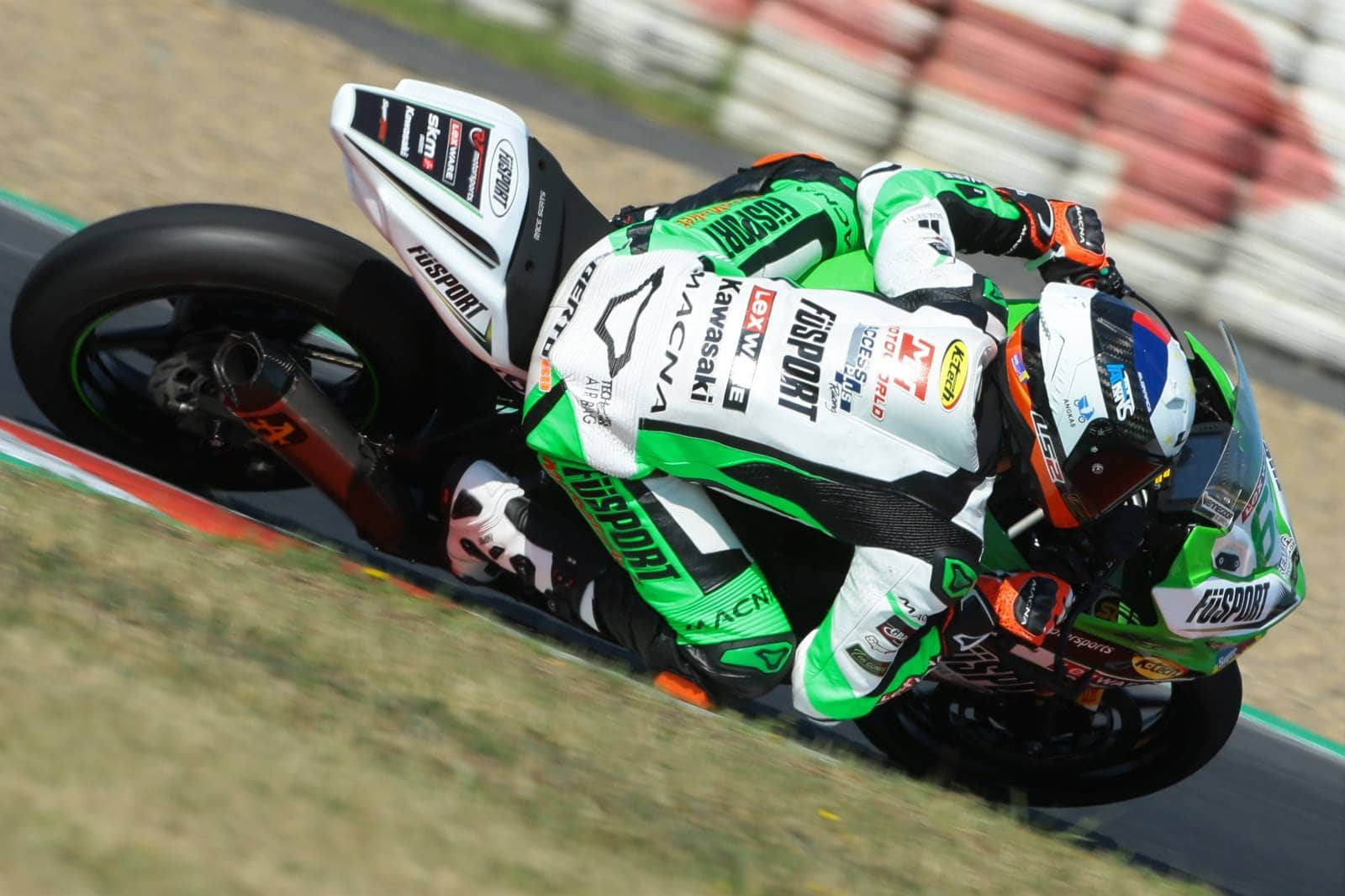 After a successful event at the Most Autodrom a few weeks earlier, Troy used his knowledge of the 2.6-mile circuit close to Prague to his advantage, producing a stunning lap in Superpole to secure a third row of the grid start in eighth.

From lights out in Race 1 on Saturday, the #69 rider shone. Involved throughout in the fight at the front, he showed incredible race craft to challenge for the podium, crossing the line in ninth after a hard-fought race. – achieving a career best WorldSSP300 finish in the process.

Sunday’s second race was a two-parter. A red flag meant a shortened nine lap sprint, with Troy once again in the mix, despite losing places in the opening sequence of corners. Unfortunately, he slid out of contention, preventing what could easily have been another top ten and even a podium. 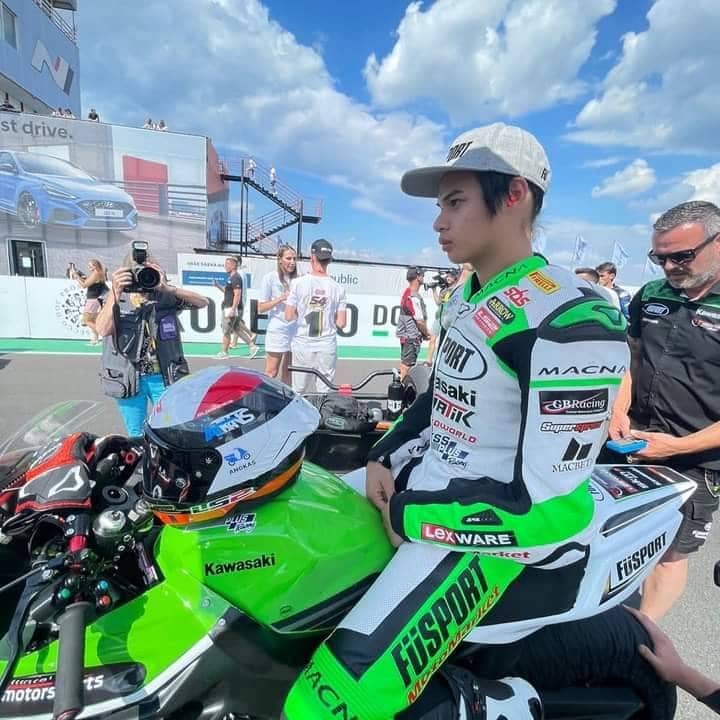 Troy Alberto: “It was a really good weekend. I qualified in ninth, my best ever and I was really confident for the race. I felt good with the bike and had pace all weekend. It started to rain before the race, but I gambled on slicks, and it turned out to be the right call. I made contact with another rider on the last lap, but I was happy with how I rode. After a good weekend it was a bittersweet ending in Race 2. In the first start I started well and was running in the top ten but unfortunately, we only had one lap before the red flag came out. I didn’t see the incident but I’m hoping that Indy (Offer) is okay. For the restart I was fifth or sixth coming in to turn 1, but I got boxed in and came out around fifteenth. I was able to move up to P11 and was just on the tail of the front group in the battle for second. With five laps to go I entered a bit off line into turn 2, ran over some bumps, lost the rear, and crashed. It is a shame to have fallen out of the front group and I am sure I could have picked up more points if I had stayed upright. I’m happy with the consistent steps we’re making, and I hope to continue in this way for the next rounds.”