Bautista does the double in Misano; Spectacular comeback by Rinaldi and Another podium for Buelga in WorldSSP

It was a fantastic weekend for the Aruba.it Racing – Ducati team. After a spectacular Race-1, Alvaro Bautista and Michael Rinaldi repeated themselves also on Sunday at the Pirelli Emilia Romagna Round as they celebrated again on the podium in front of their home fans. 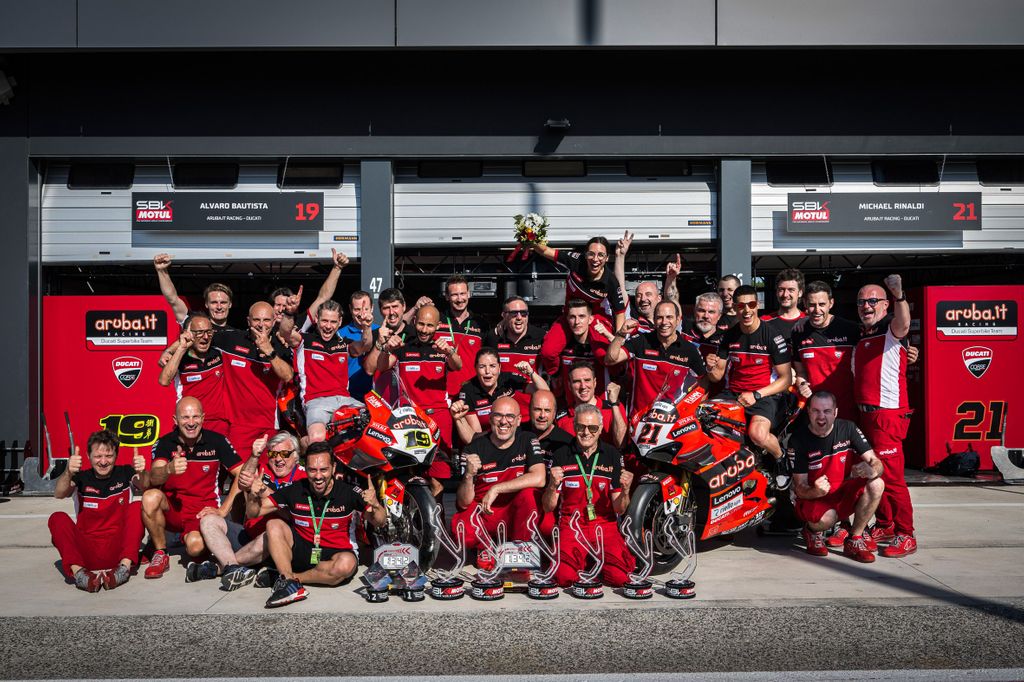 After securing P2 in the Superpole Race won by Razgatlioglu (Yamaha), Bautista got his second win of the weekend at the end of an exciting Race-2. The Spaniard’s feeling with the Ducati Panigale V4R was evident since the very first corners and allowed him to take the lead on lap 7 after a battle with Toprak to close the race with a wide margin under the chequered flag. 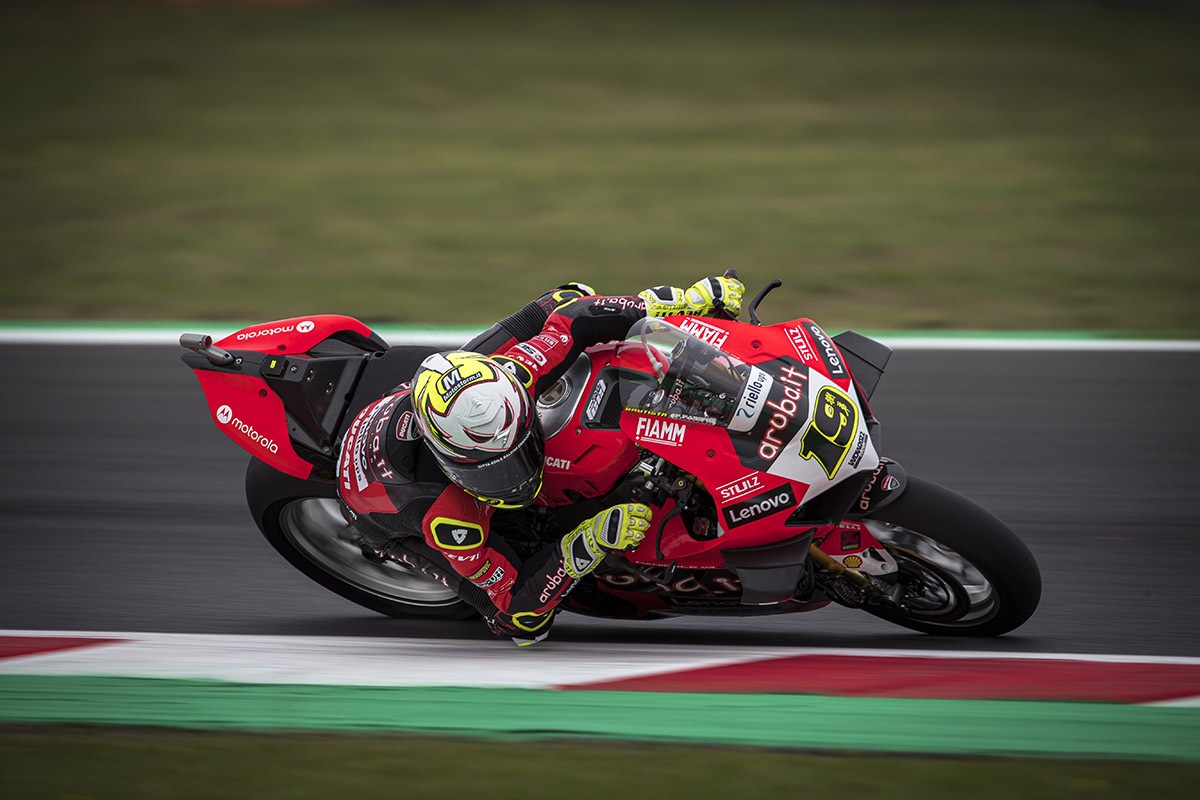 Michael Rinaldi – who was forced to start from tenth on the grid after a difficult Superpole Race – was the protagonist of a sensational first lap,  n which he recovered six positions. On lap 4, the Italian rider attacked Rea (Kawasaki) and then he quickly defended the third position and his second podium of the weekend. 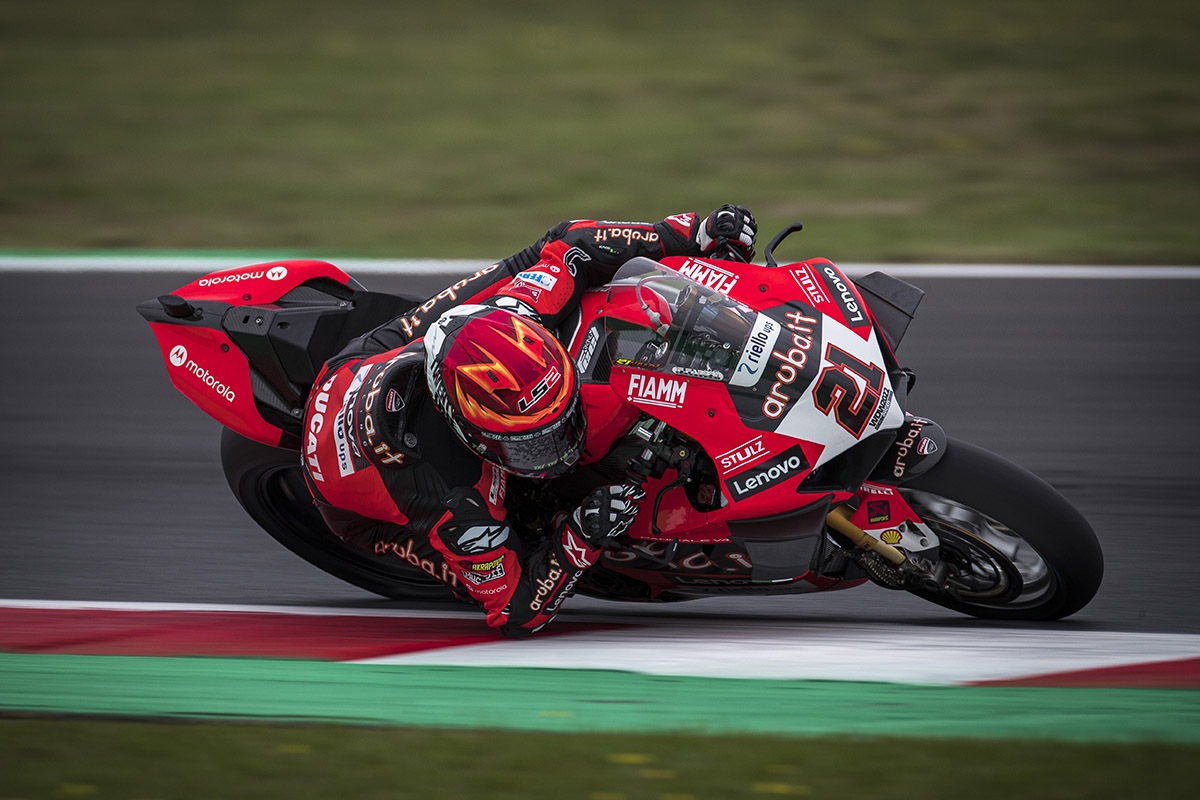 Alvaro Bautista (Aruba.it Racing – Ducati #19) “It was a very exciting weekend. The feeling with my Ducati has been excellent since Friday, although, honestly, in the Superpole Race, we had some difficulties. The team did a great job, and in Race-2, I felt comfortable right away. The race for the World Championship title? I am not concerned about the Standings and don’t care about the points lead. I only care about having the feeling that I am on the right path. I am very happy to have given such emotions to all the Ducatisti fans. We have to keep on!” 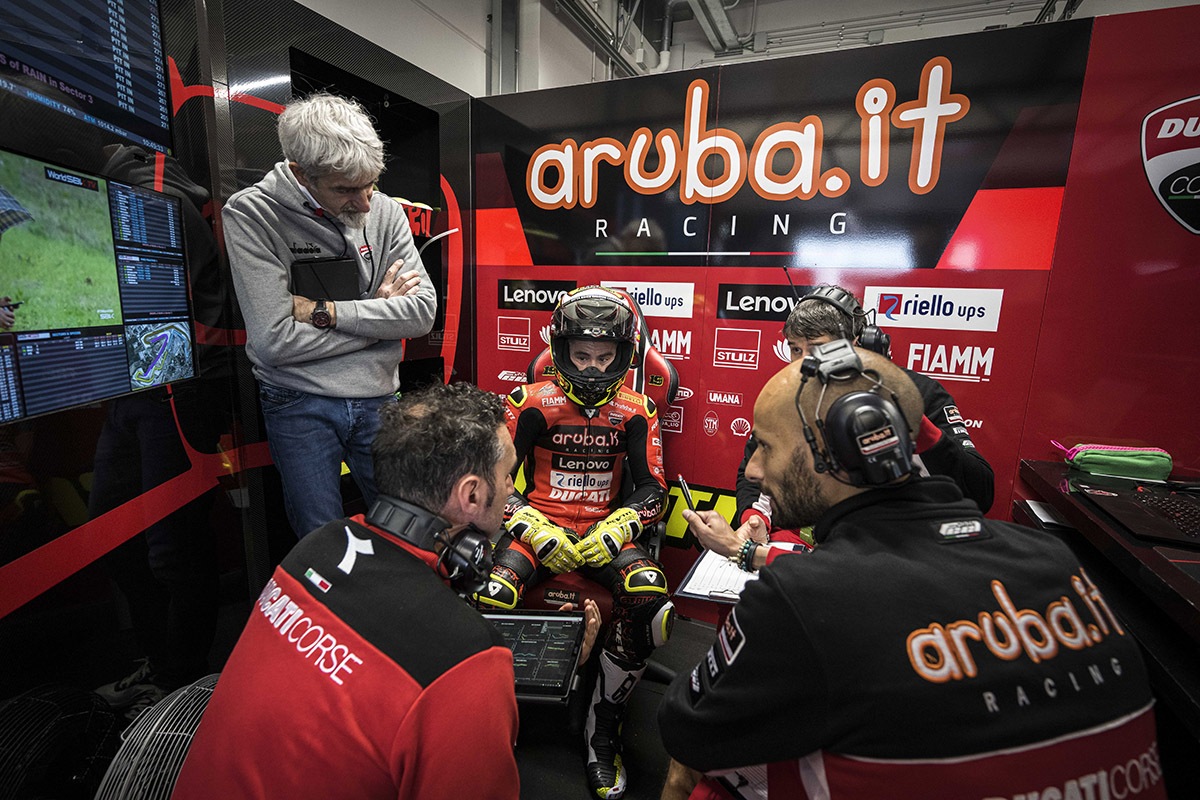 Michael Rinaldi (Aruba.it Racing – Ducati #21) “I am very happy. Yesterday’s podium was perhaps unexpected. In Race-2, however, the feelings with the bike were very good. In the Superpole Race, we had a problem that did not allow me to be competitive and forced me to start from tenth on the grid. I got off well, knowing I had all the cards to get to the front. I dedicate this result to my team, to the many Italian fans who support me, and especially to my family.” 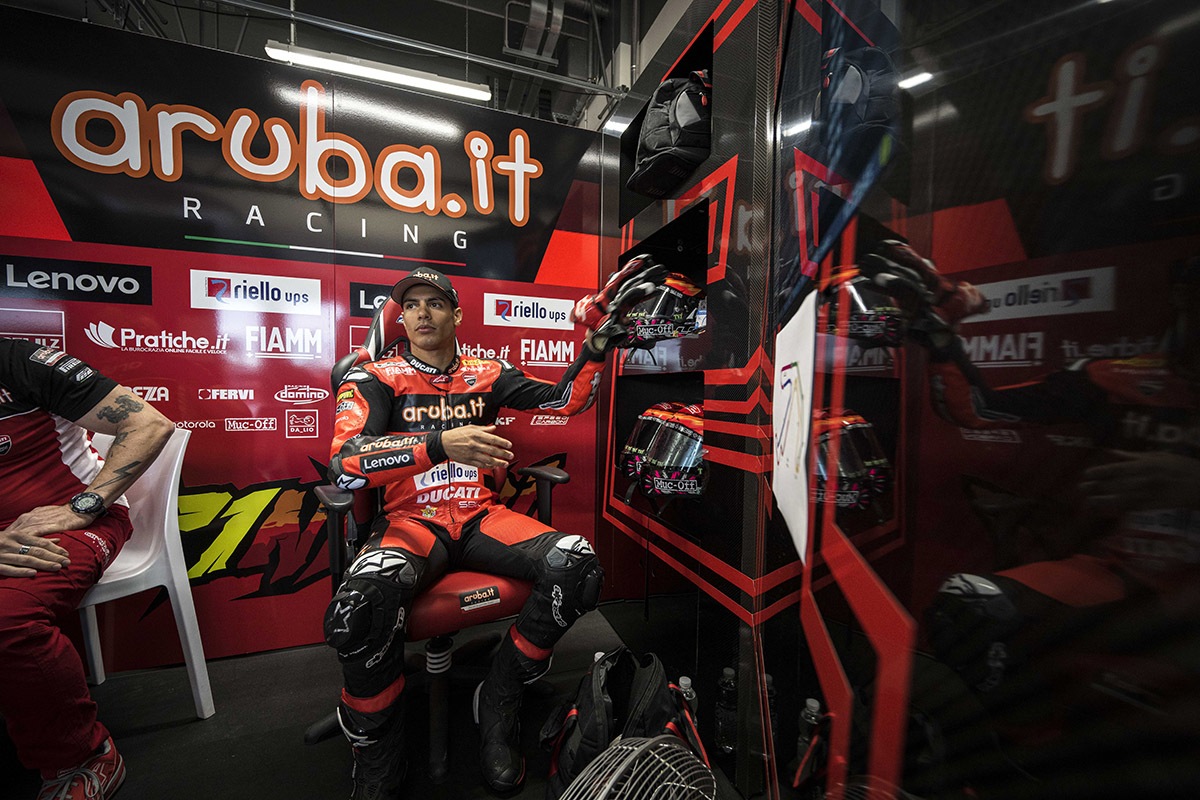 Just as it happened in Race-1, Nicolò Bulega managed to take the lead at the first corner. The Italian rider, however, made a mistake on lap 1 and dropped back into P7. His comeback was incisive, and already halfway through the race, he managed to get back to the podium area. The gap between Aegerter and Baldassarri, however, was too wide to be closed. 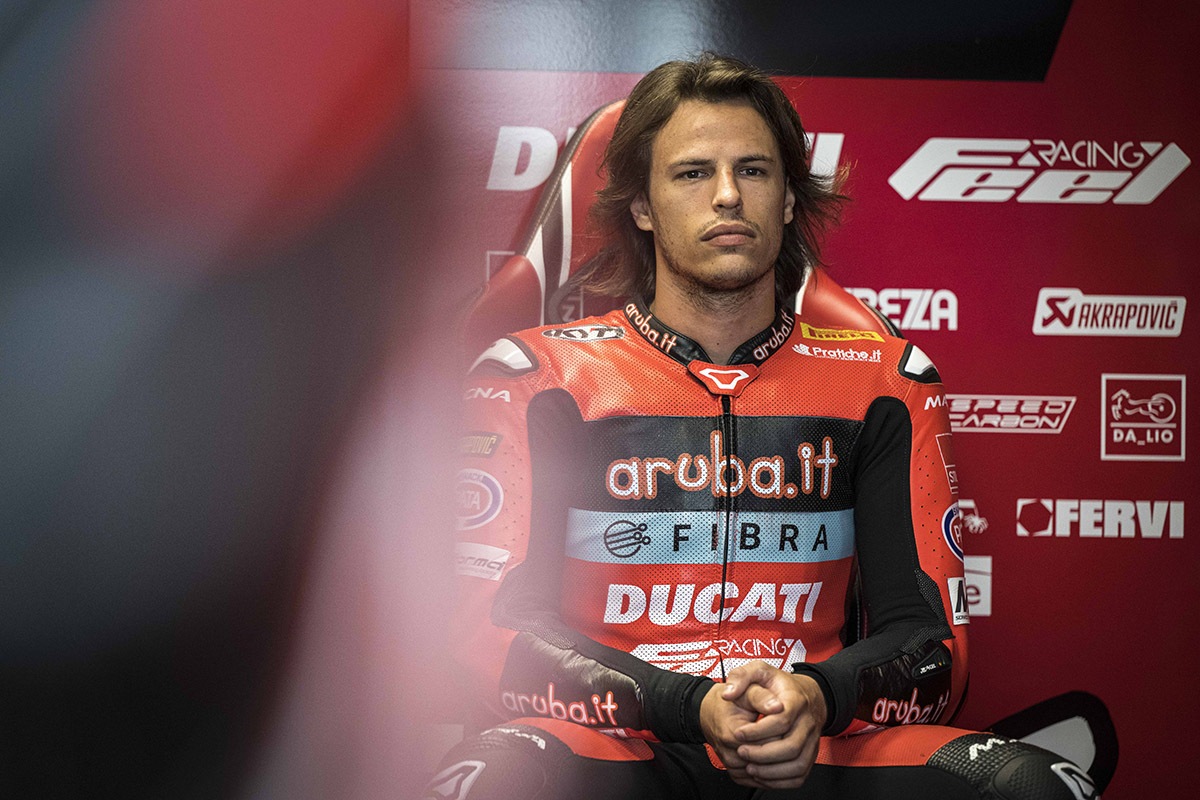 Nicolò Bulega (Aruba.it Racing WorldSSP) “I am happy because a podium is always a great result, especially in front of so many fans. Unfortunately, I made a mistake on the first lap when I inadvertently took the neutral gear. I went long, and from first, I found myself in seventh. I made a good comeback, even setting the fastest lap, but obviously, the first two were already too far. We have been fast all weekend, which means we are going in the right direction.” 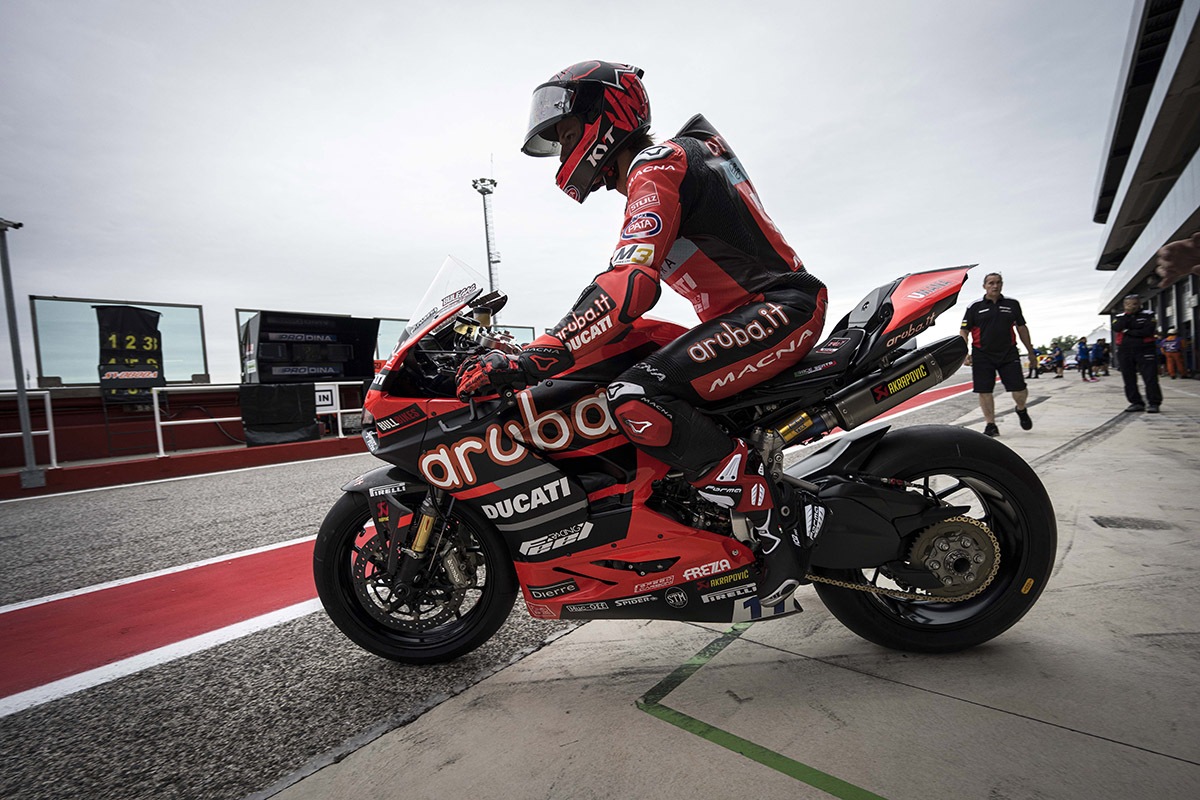