BMW Motorrad was indeed full of surprises during the Twelfth Annual InsideRACING Bike Festival and Trade Show last March 23-25 at the World Trade Center in Manila. Apart from the current line-up of BMW Bikes that were displayed, the BMW booth also was the venue for the unveiling of defending champion Marvin Mangulabnan’s 2018 race bike and the BMW race team including Lawrence Macalinao,

One of the bikes on displayed is the truly awesome GS1200R Rallye with TFT display. After being witnessed last year by the motoring media, the IR Bikefest XII also saw the public launch of the all new HP4 Race as it was presented together with its first and only owner so far in the Philippines,  Emil Banno. BMW put it best when it said that the HP4 RACE is more than the sum of its parts. This bike is pure emotion. From the development right up to the racetrack, passion is what has made this race bike what it is-an innovation driver designed to push the limits. The HP4 RACE is a masterpiece of engineering prowess. Each and every one of the 750 limited-edition racing machines was handmade by our specialists and fitted with a numbered sticker. This is for those who have no limits and always go further. We only produce this kind of concentrated passion for those who share it. This is reserved for frontier crossers whose requirements are not only satisfied by the HP4 RACE, but have to redefine their requirements. There are only a few like this. More precisely: seven hundred and fifty. So far there is only one unit in the Philippines. The HP4 Race is equipped with 215 HP, with a Carbon Fiber frame and body, Akrapovic exhaust, Ohlins Suspension, Brembo brakes, Pirelli tires, among others.

One very important surprise to all is the long-awaited unveiling of the BMW G310 GS, the bike for your everyday adventure. While we already have the G310 street bike, this is another great collaboration between BMW and TVS and is sure to cater to an entirely new market. It could either be a 2nd bike for long-time BMW enthusiasts, or an upgrade to a premium brand from the underbone and scooter users, or simply a first bike. Speaking of the G310, a custom streetbike made by STKD was also presented to the motoring media.

Ms. Maricar Parco and Mr. Gil Balderas of BMW Motorrad and the rest of the management team were present during the 12th IR Bikefest at the World Trade Center. 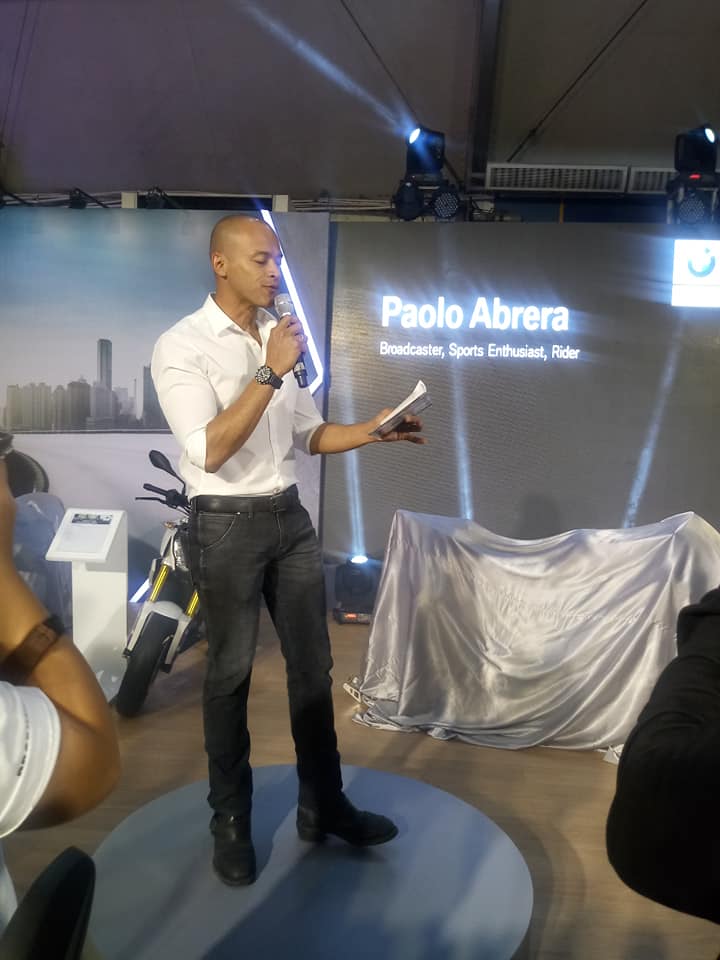 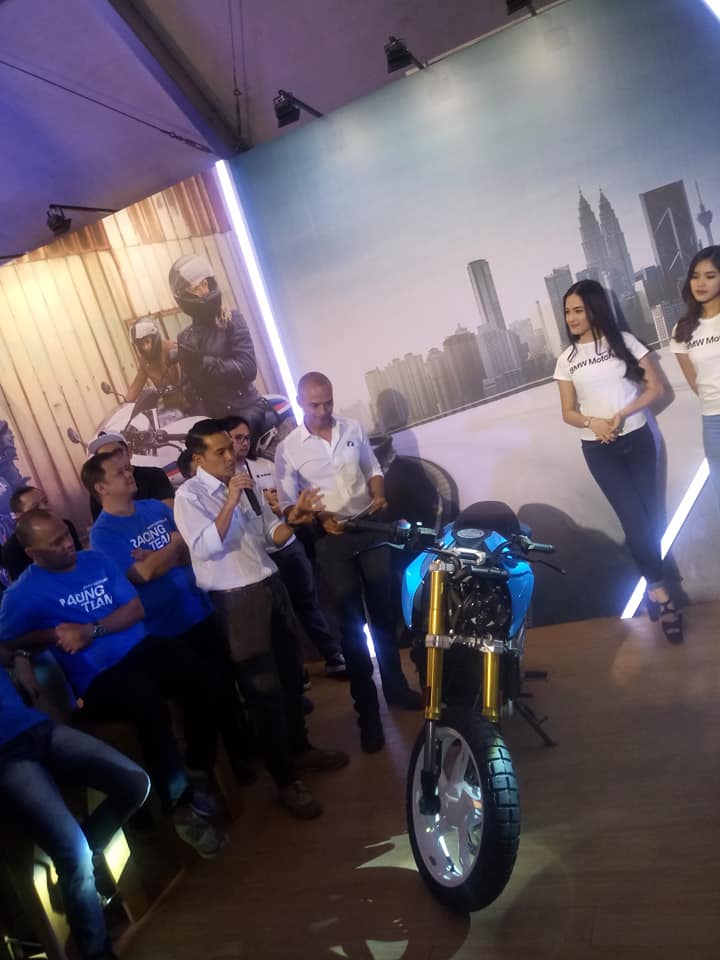 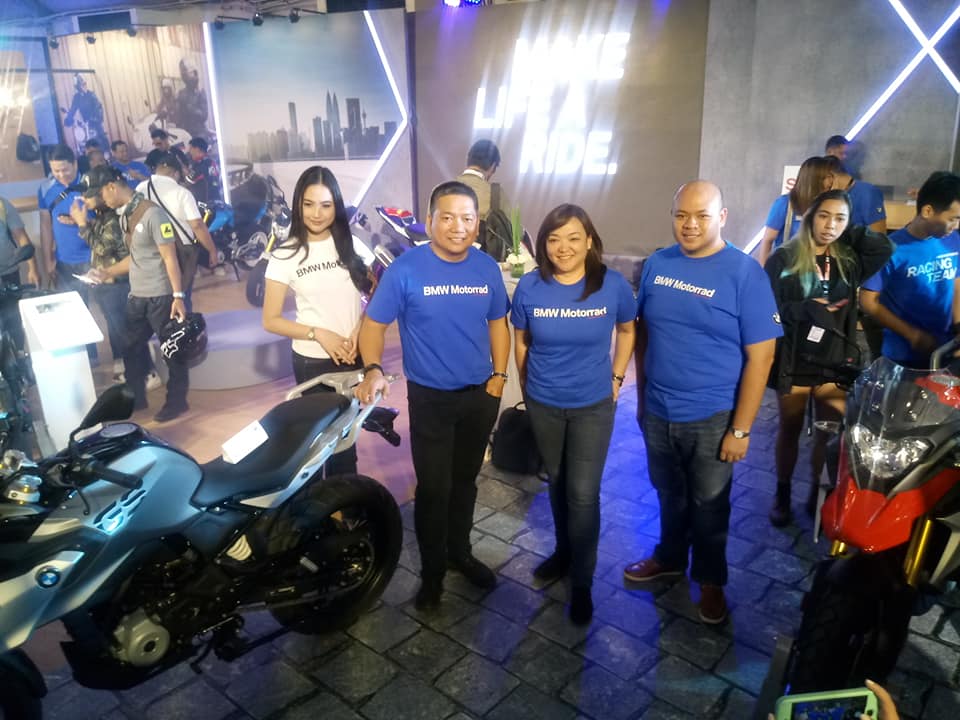 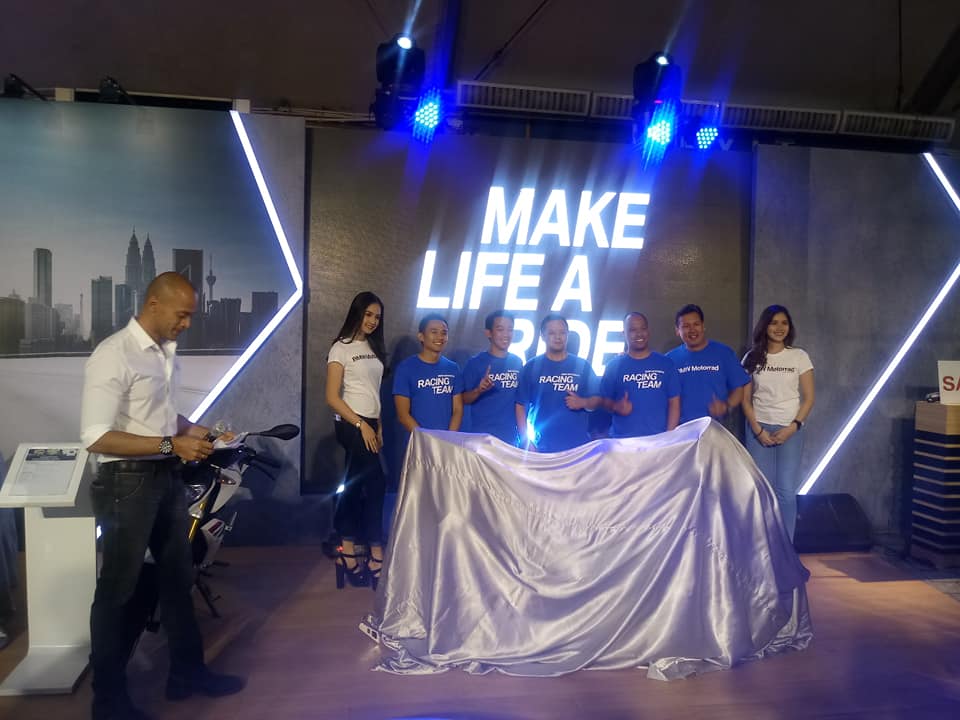 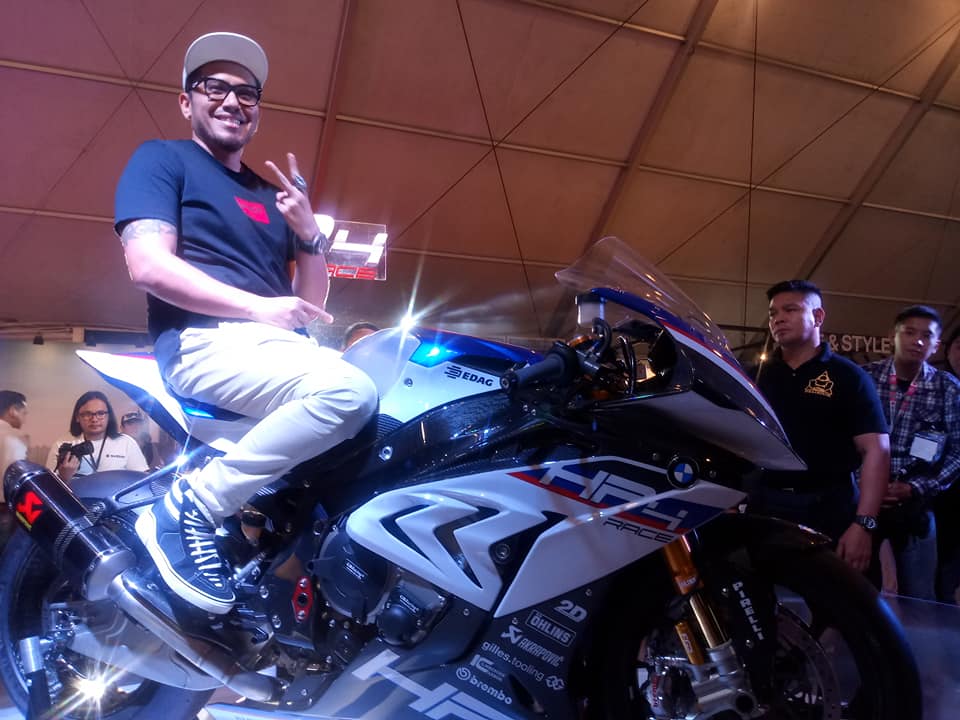 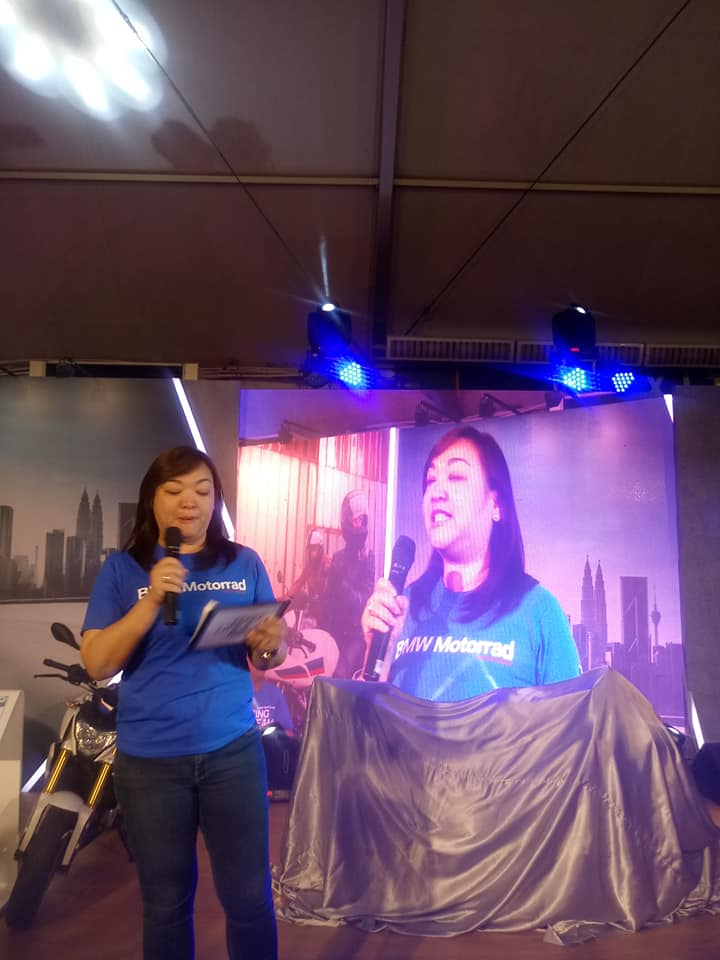