Fabio Quartararo put in a heroic ride at the Grande Prémio de Portugal. He continued his winning streak and in the process made it 3 race wins out of 3 GPs for the Monster Energy Yamaha MotoGP team. Maverick Viñales found himself at the back of the pack at the start of the race, but recovered to 11th place, taking crucial championship points. 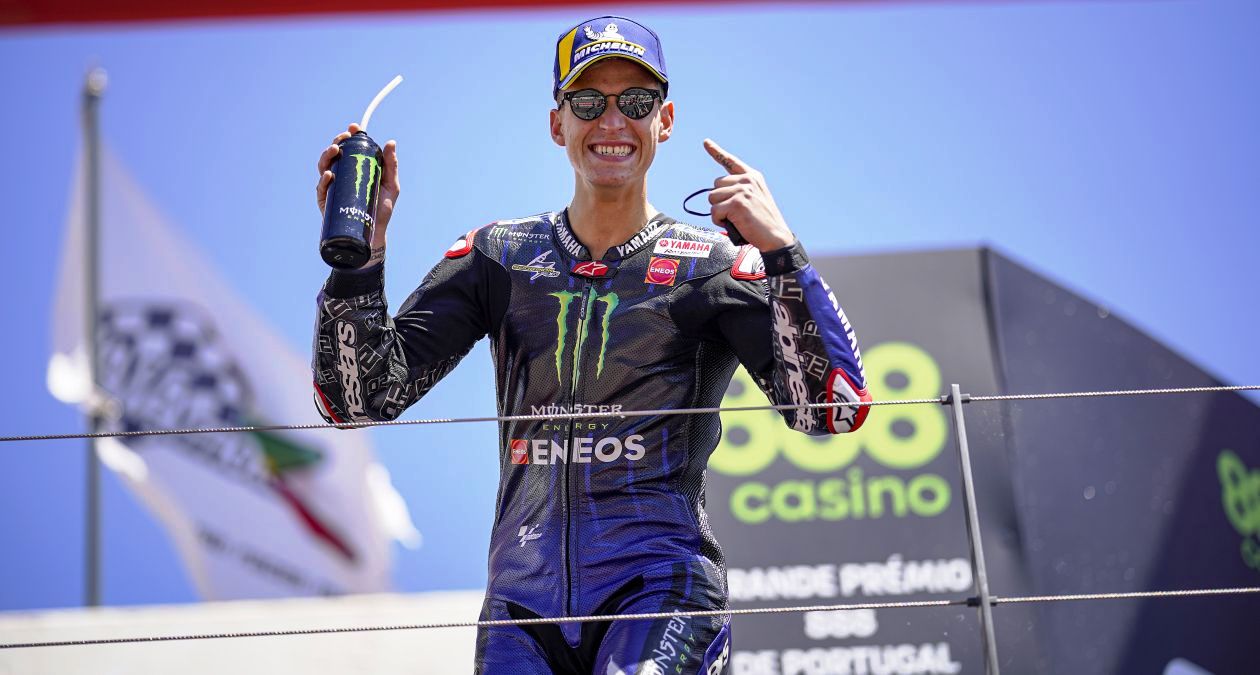 Monster Energy Yamaha MotoGP’s Fabio Quartararo was the favourite going into race day at the Autódromo Internacional Algarve, and he dominated the field once again. The youngster delivered a masterclass in Portimao, making it back-to-back victories and taking over the lead in the championship standings. Maverick Viñales had a very different experience during today’s 25-lap dash. He struggled to find a good feeling at the start of the race, but his perseverance still earned him 11th place.

Quartararo started from pole and slotted into sixth place after the usual shuffle of the order through the first corner. Seeing the three riders at the front trying to break away, the Yamaha man sprang into action and kicked the pace up a notch. On lap 2, he passed Marc Marquez and Jack Miller to take over fourth place. He soon latched on to the back of the leading group and swiftly swooped past Joan Mir. 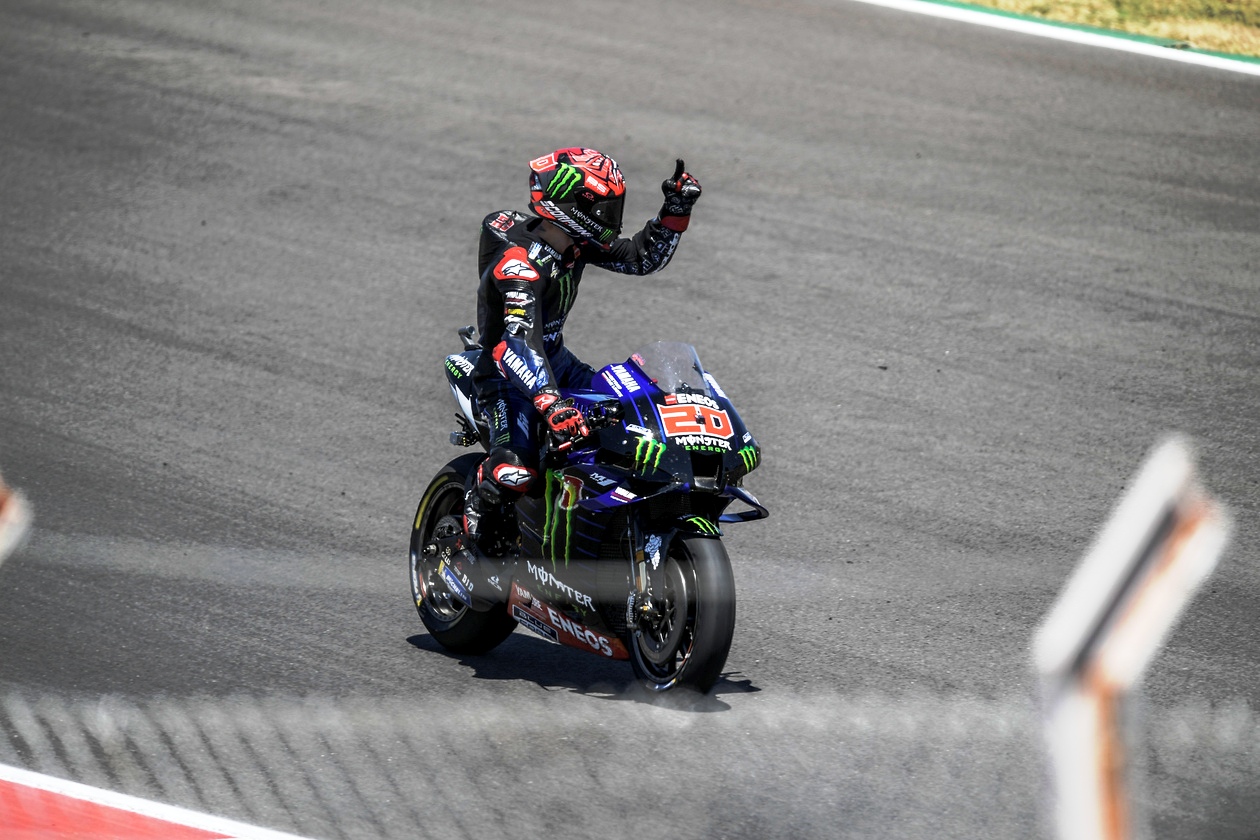 The battle for glory was on. On lap 6, the Yamaha rider passed fellow Frenchman Johann Zarco. It was then just Álex Rins between him and first place. With 17 laps to go, the number-20 rider hit the front for the first time. He then got his head down and tried to break away.Only Rins was able to stay close to Quartararo, but the Yamaha’s blistering pace eventually proved too much for him. With seven laps to go, Rins crashed out. El Diablo remained unthreatened for the remainder of the race, winning it with a 4.809s margin over the rider in second place. 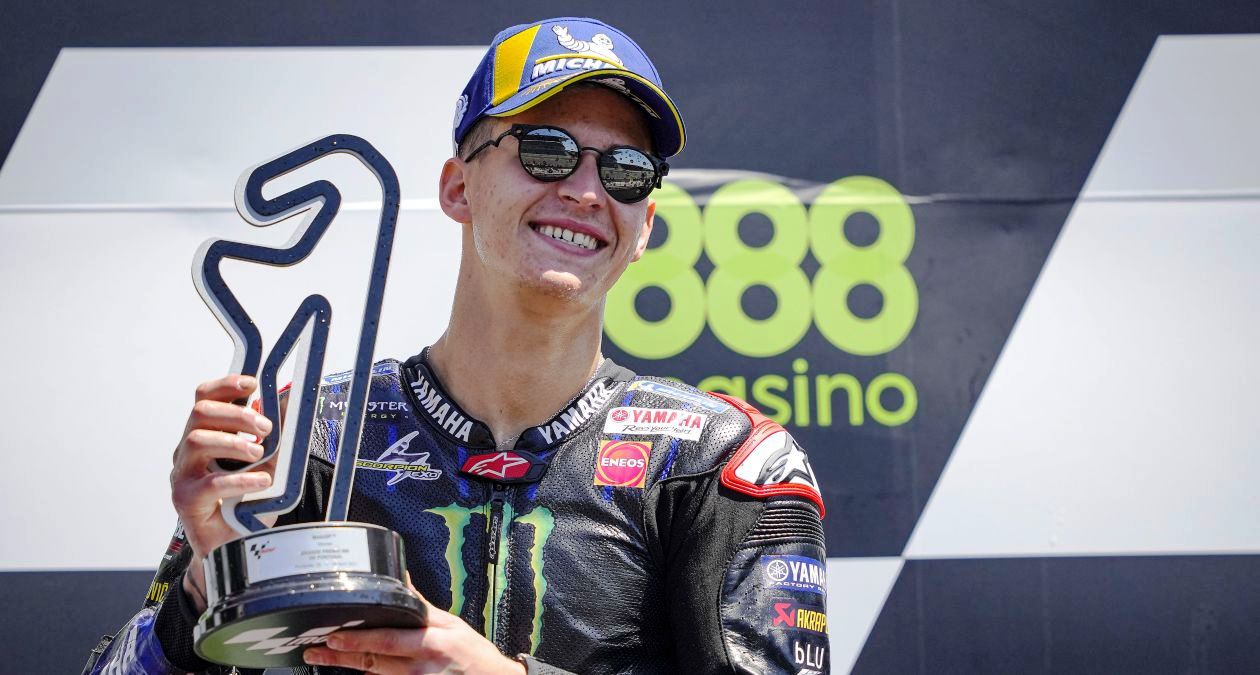 A poor start from P12 by Viñales saw him complete the first lap in 20th place. Matters got worse when in lap 3 he was pushed to last. Nevertheless, the Spaniard put his head down and continued to fight. 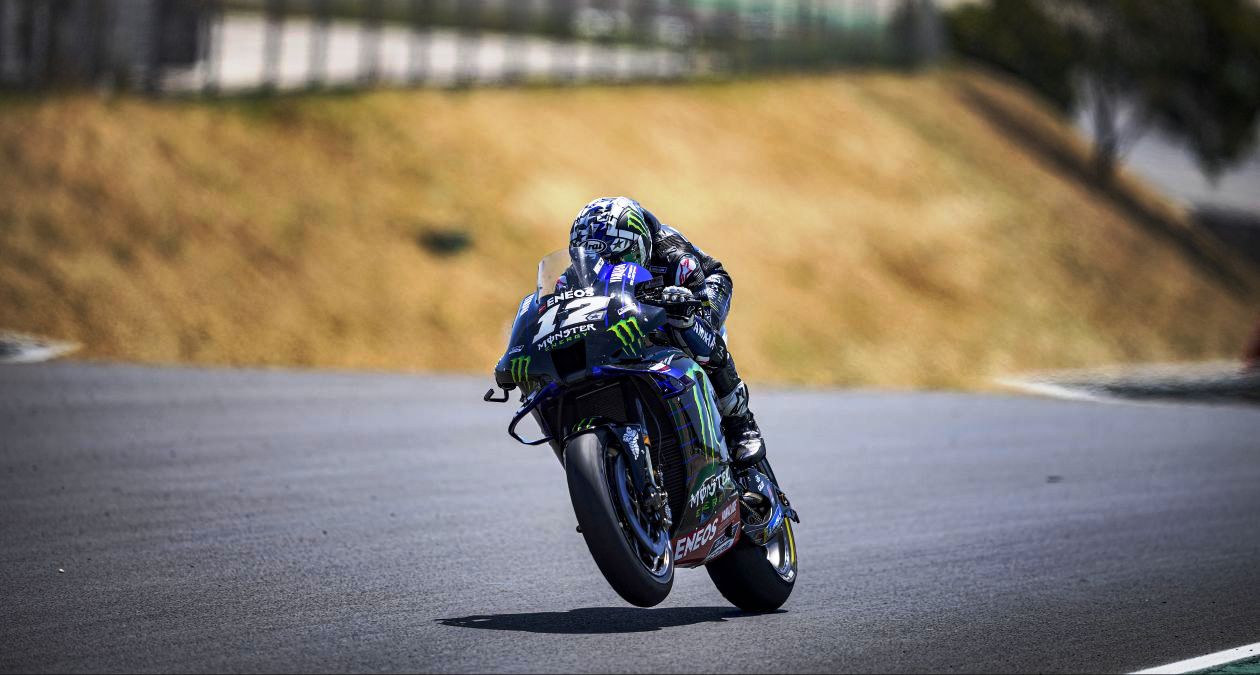 While the Portimao track showed its teeth and claimed various crashers, the number-12 rider steadily improved his pace and climbed up the order. By the halfway stage of the race his rhythm was improving. He found himself in 14th with nine laps to go and with a group of three riders ahead of him. 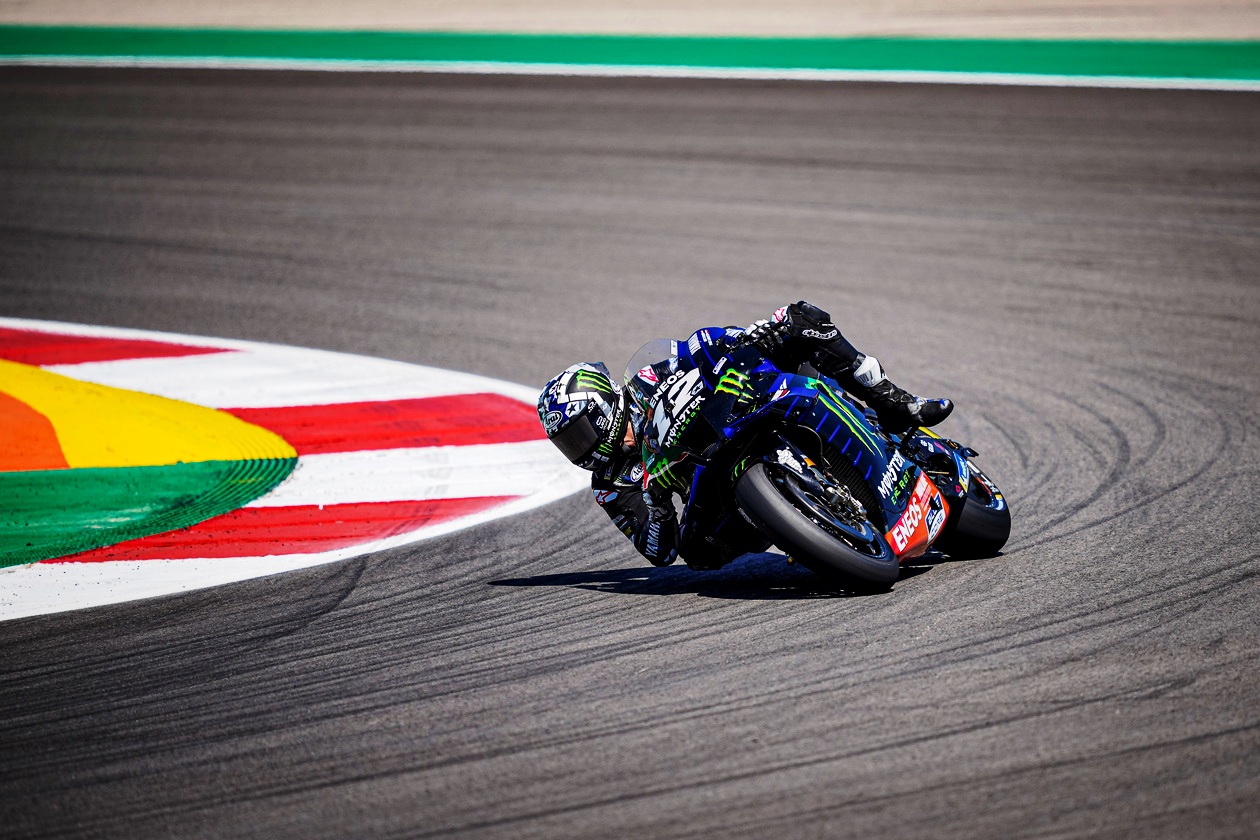 He overtook Luca Marini, and two further crashes meant Top Gun moved up another couple of spots. He had his eyes on ninth place but came just 0.085s short of a top-10 finish, taking 11th with a 23.761s gap to first.The results put Quartararo in the lead of the championship standings with 61 points, and Viñales’ damage limitation allowed him to stay in third place in the championship standings, with a 41 points total. After Round 3, Yamaha heads the Constructor championship with a maximum points total of 75, and the Monster Energy Yamaha MotoGP team also remain in first place with 102 points. 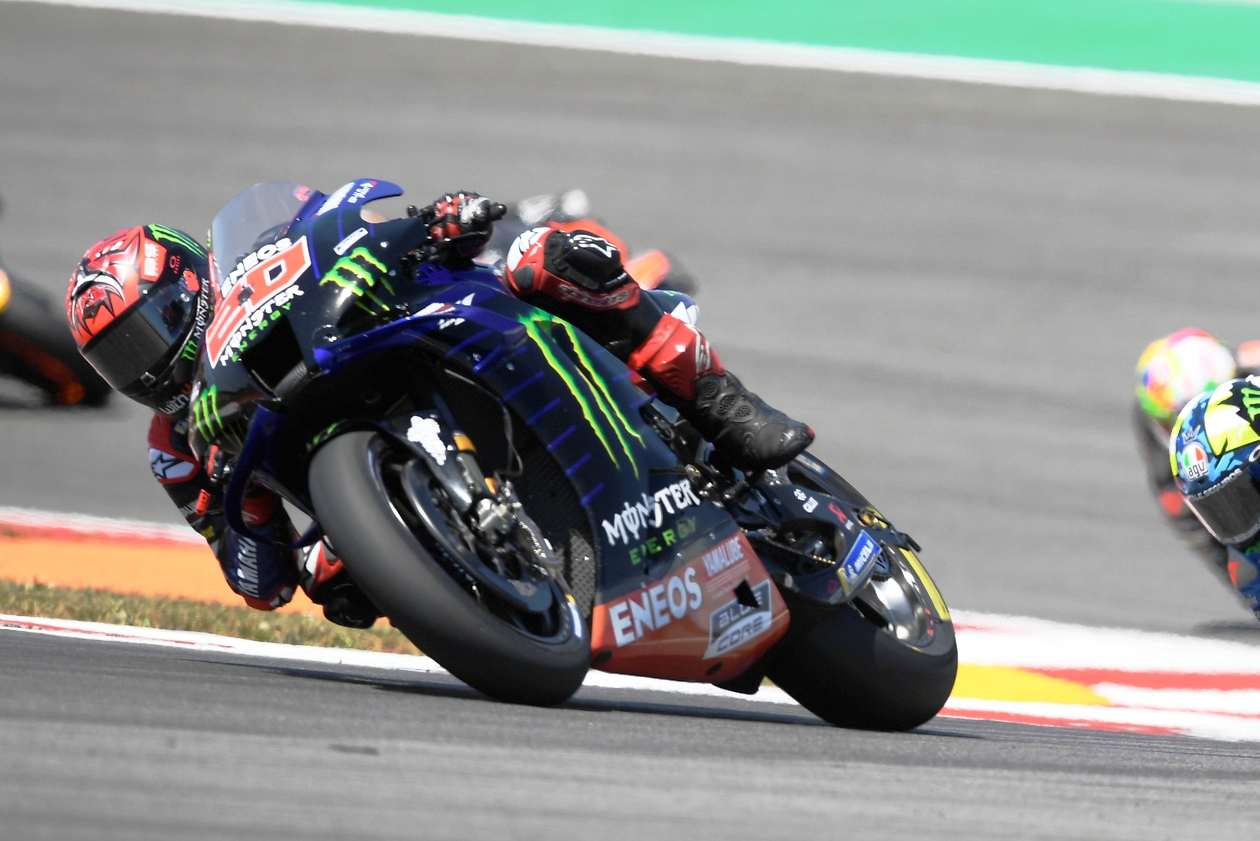 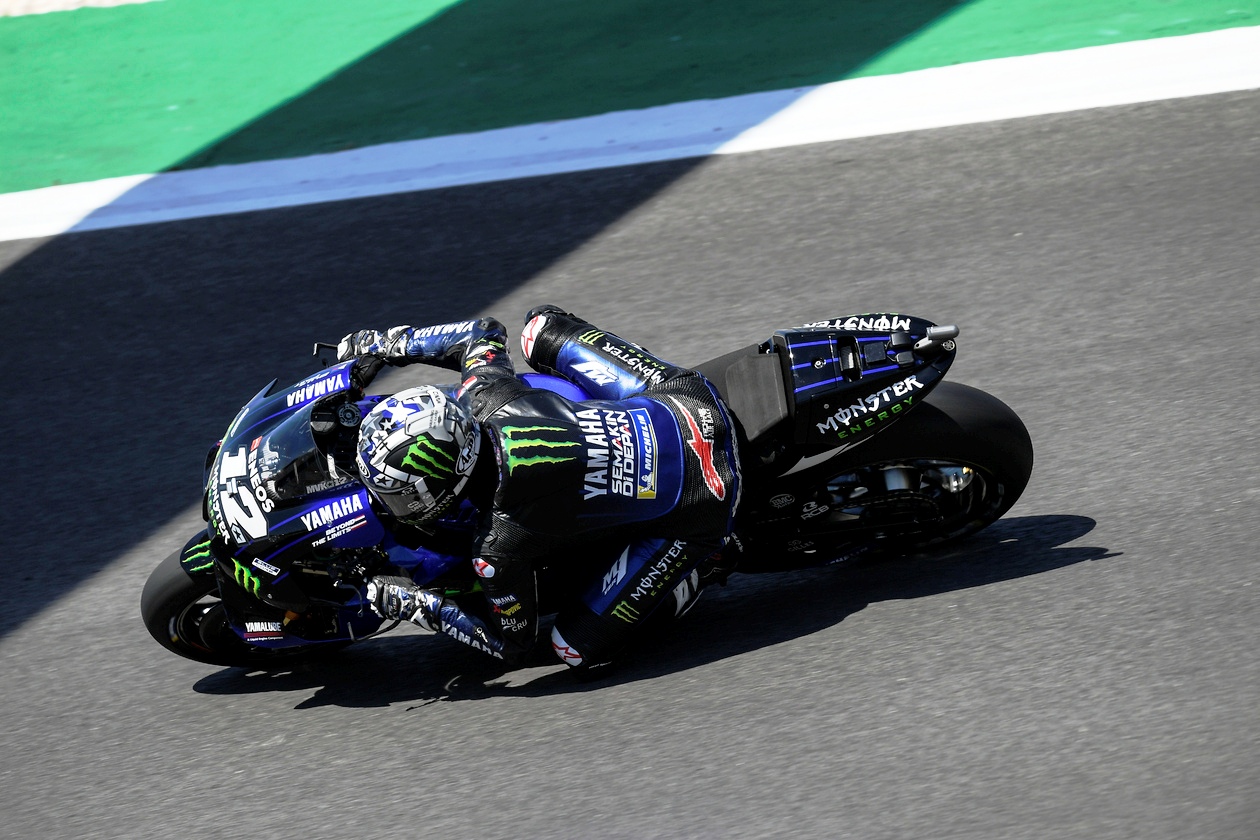 The MotoGP paddock will travel to Spain next for the fourth round of the 2021 MotoGP season. The Gran Premio de España will be held at the Circuito de Jerez – Ángel Nieto from 30th April – 2nd May 2021.

Massimo Meregalli (Team Director): “When we came here, we weren’t roaring with confidence. Last year left some doubts in our minds, but after Fabio’s fantastic win today – which he achieved by pure speed and race craft – we have been put at ease. The confidence that Fabio had in his YZR-M1 allowed him to keep his head cool. He had a strong ride from sixth to first place. Once at the front, he also didn’t let pressure from behind get to him, because he knew he had the pace today. It was a great victory for him personally, and also for the team and the Yamaha engineers in Japan – it shows how far we have come since November last year. However, it’s been a day of two extremes for the team. Maverick wasn’t able to find the confidence he was looking for in the opening stages. But he did do good damage limitation. He kept pushing, and because of the many crashes, the five points he collected today are all the more valuable. We will closely check what prevented Maverick from getting the feeling he needed to be more competitive in this race, so he can come back stronger in Jerez.” 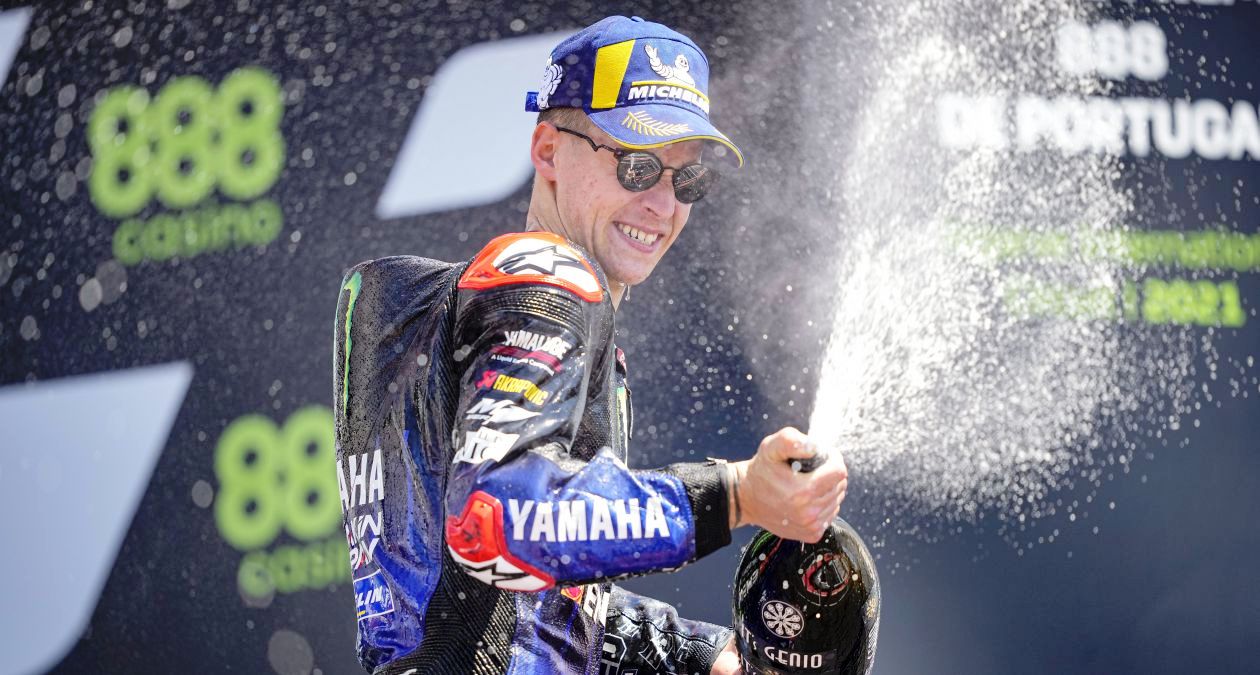 Fabio Quartararo: “It’s good to be back in this mindset, I feel like I’m full of confidence. Because I brought the confidence of winning the Doha GP with me, I felt the same here. We now know what we need to do to be competitive. As long as I have a good feeling with the front, I’m going fast. In today’s race, I just focused on my riding – but what a pace! I didn’t expect it! I was about half a second off my qualifying lap, so that was amazing. I also felt the pressure from Rins coming up behind me. I wanted to make a gap, but then he made a mistake. I was riding well and easy, and I was still able to make a gap to Bagnaia, so I was so happy. We did an amazing job! Yesterday we were first in all the sessions, and today we won. So, thanks to the team. These are important points, and now we go to one of my favourite tracks, Jerez. I can’t wait to ride there. This is a great way to start the celebrations for my birthday.” 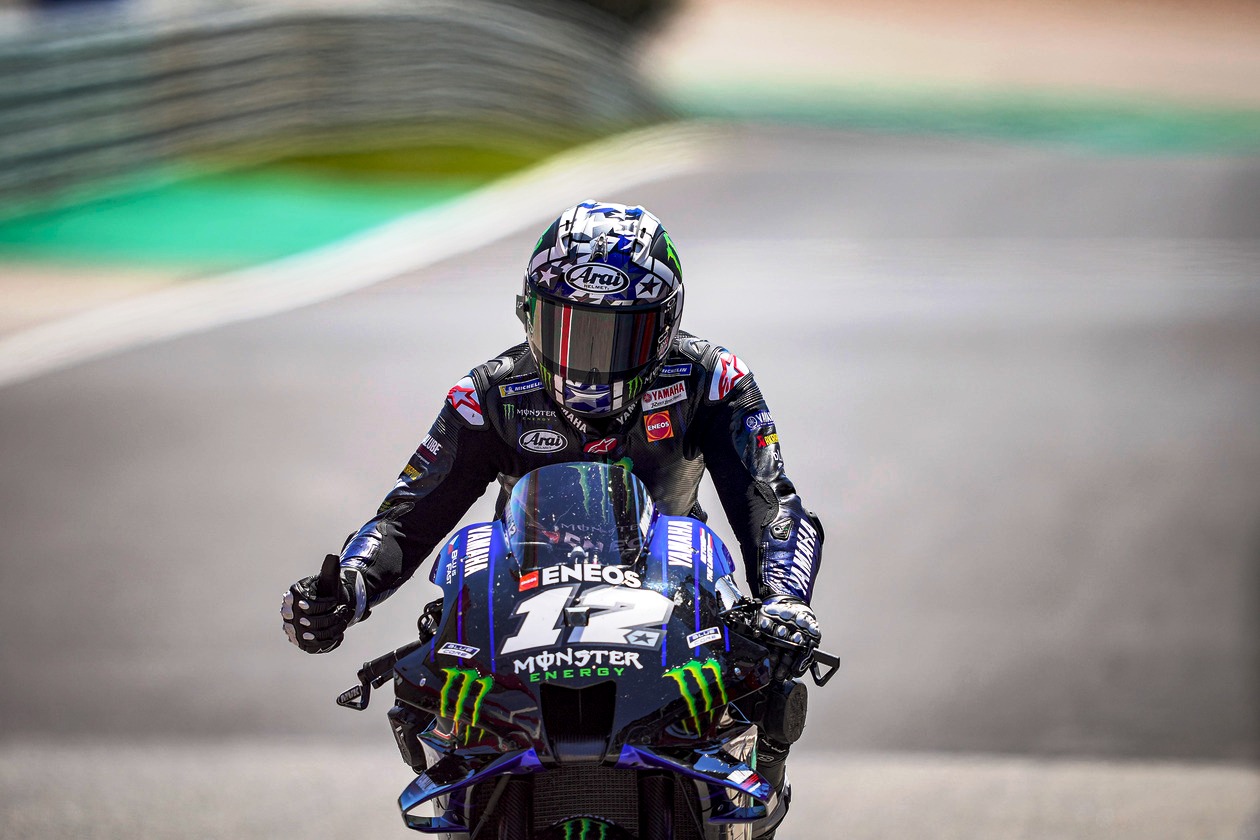 Maverick Viñales: “I don’t know what the issue is yet, but for sure there was something wrong. Our lap times were very slow. I couldn’t do anything, starting from the first lap. It’s a shame, because it was not the result I was expecting. It’s pretty strange that we went from winning in Qatar and starting this weekend in first position to not being able to be inside the top 10 in the race. But you always have ups and downs, that’s life. We now have time to analyse the situation. For sure, we need to change something to make our results more consistent. But after this we are going to Jerez, which is a good track for us, so I’m just going to focus on that and forget this race.”

You can also order a copy of our monthly print magazine for more riding contents to read and enjoy at your leisure anytime by clicking here. You may also express your thought below through the comment section.