The base bike is a Bajaj Pulsar/ Kawasaki Rouser 135 LS. The owner Donn Reyes got this as his 2nd bike.

He picked this as a base bike because he already had it at the time he wanted to have a build. Since mid-2016, when he got his 3rd bike, he rarely rode it, so he decided to do some work on it. At first it was all him – no help from anyone, no power tools. He even used a hacksaw which he got from a local hardware store to cut the frame. It wasn’t the prettiest, but he was proud of it. He was aiming for a scrambler concept. 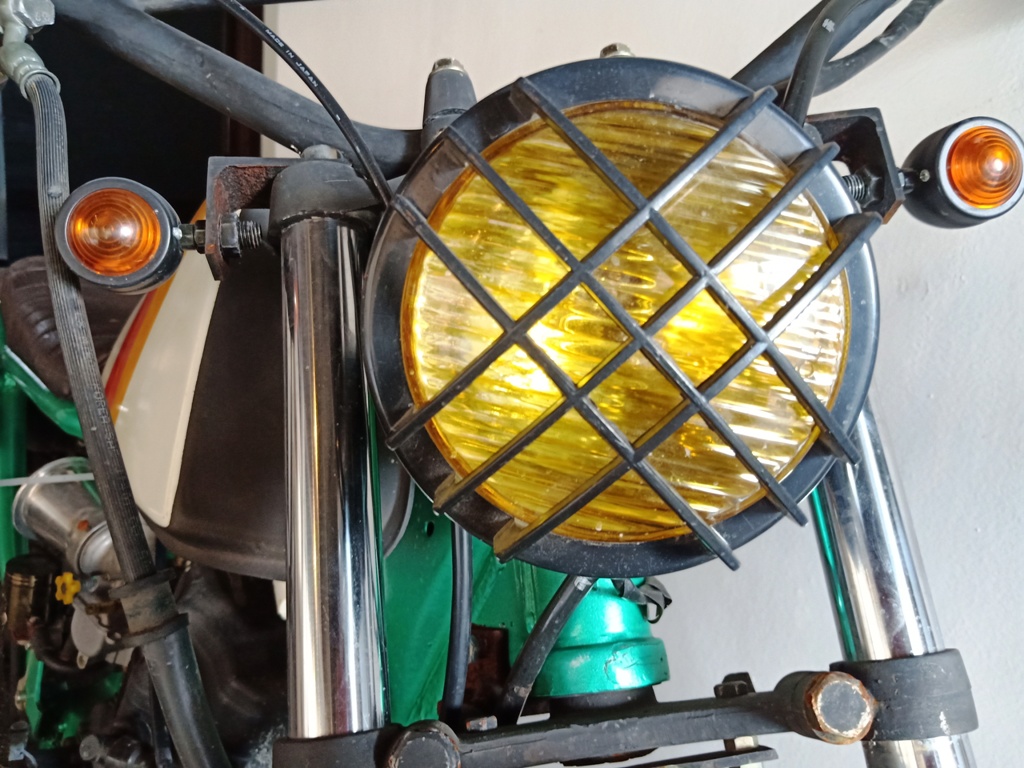 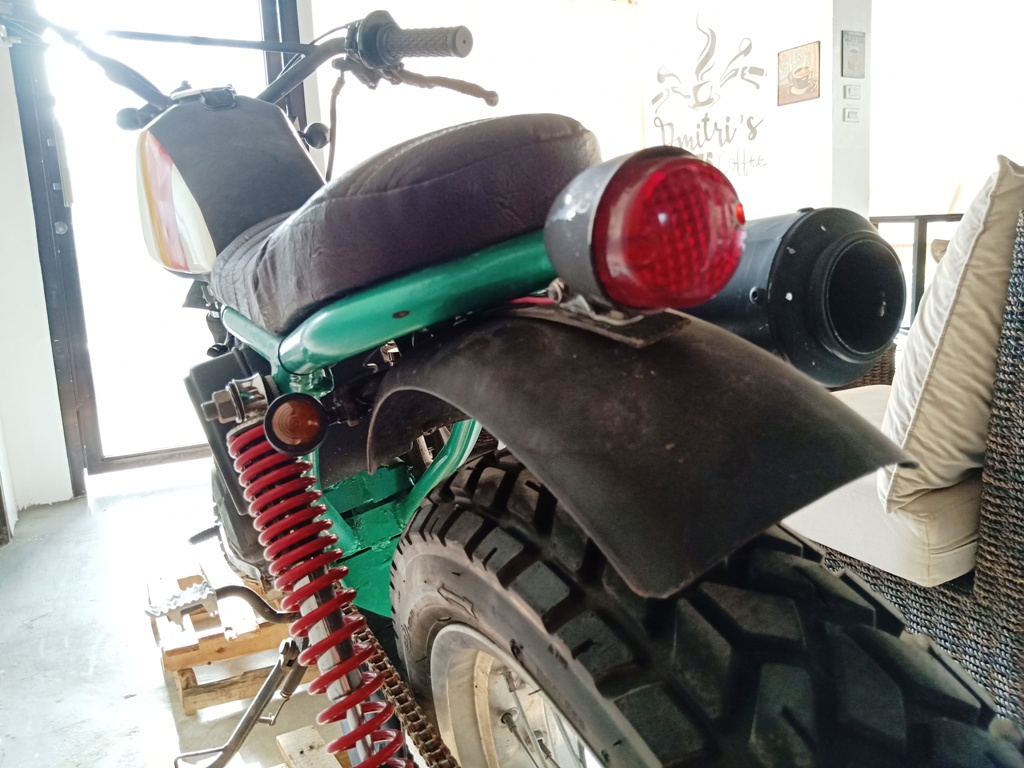 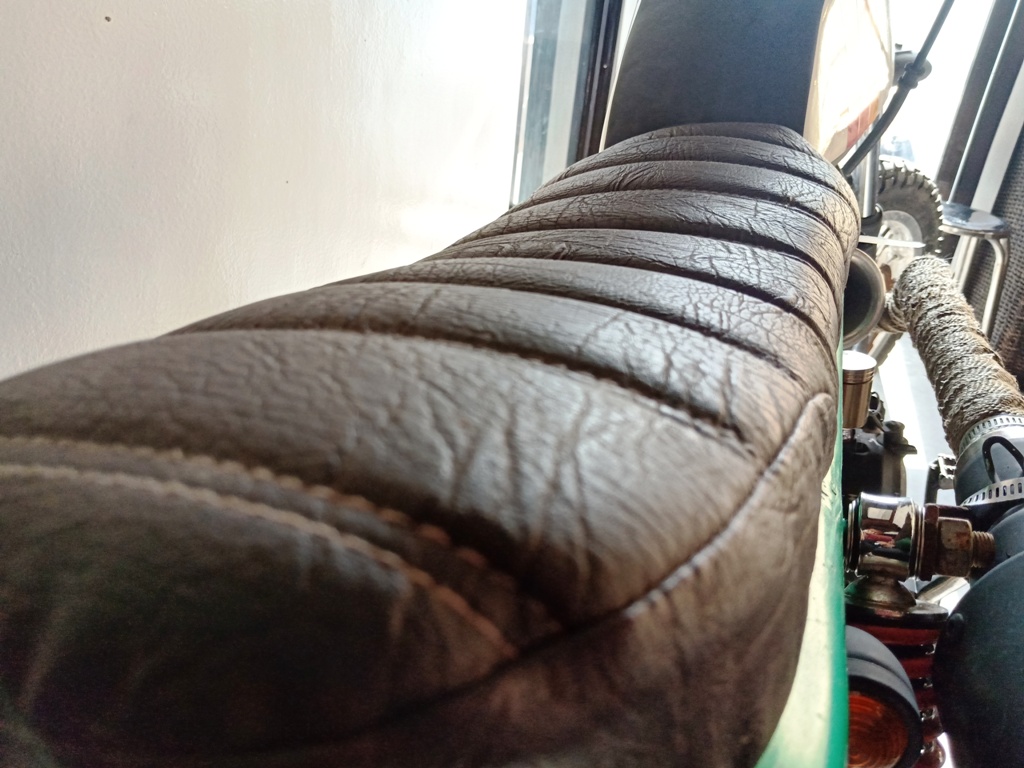 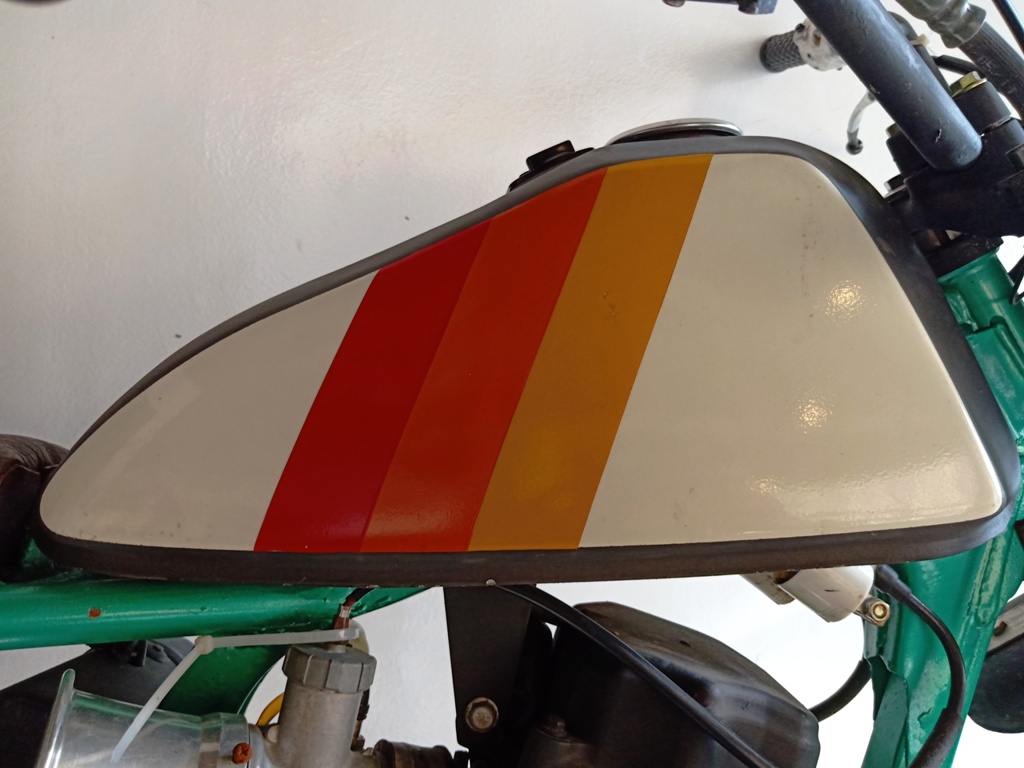 As a beginner, he was burdened with back jobs, budget issues, as well as negative criticism. Those things were the real inspiration for him. “Di pwede yung base bike mo”, “Sinisira mo porma ng motor”, and a whole lot more. But instead of feeling down, he was challenged even more to improve his build. 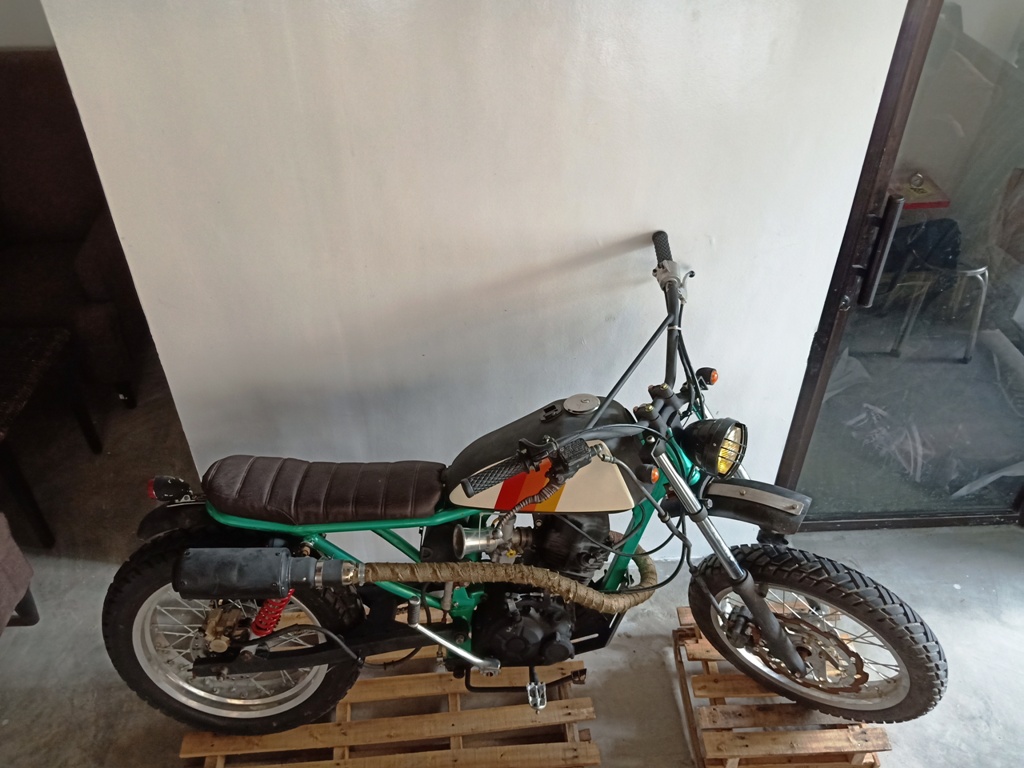 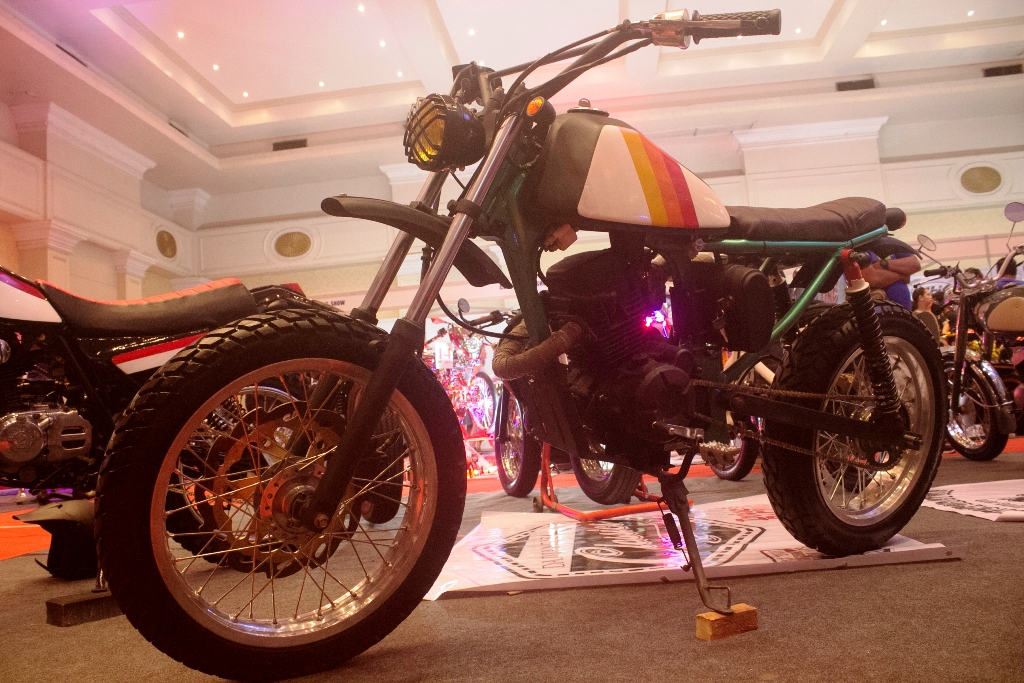 Present day, they have changed a lot on the bike. The only things that are OEM are the engine, forks, and the frame. When he first started working on it, he immediately cut the frame, and changed the headlight. He got an OEM STX headlight just so he could picture out how it would look, and paired it with a shorter tail. He had someone make him a seat, and started looking for spoke rims. All the OEM plastic fairings had to go, and it was then that he realized that the tank was too big, so the junkshop hopping began. He got some decent looking tanks, one that’s from a Yamaha RS100 and another one from a Suzuki TS125. So basically, he stripped the bike down, save for the engine. 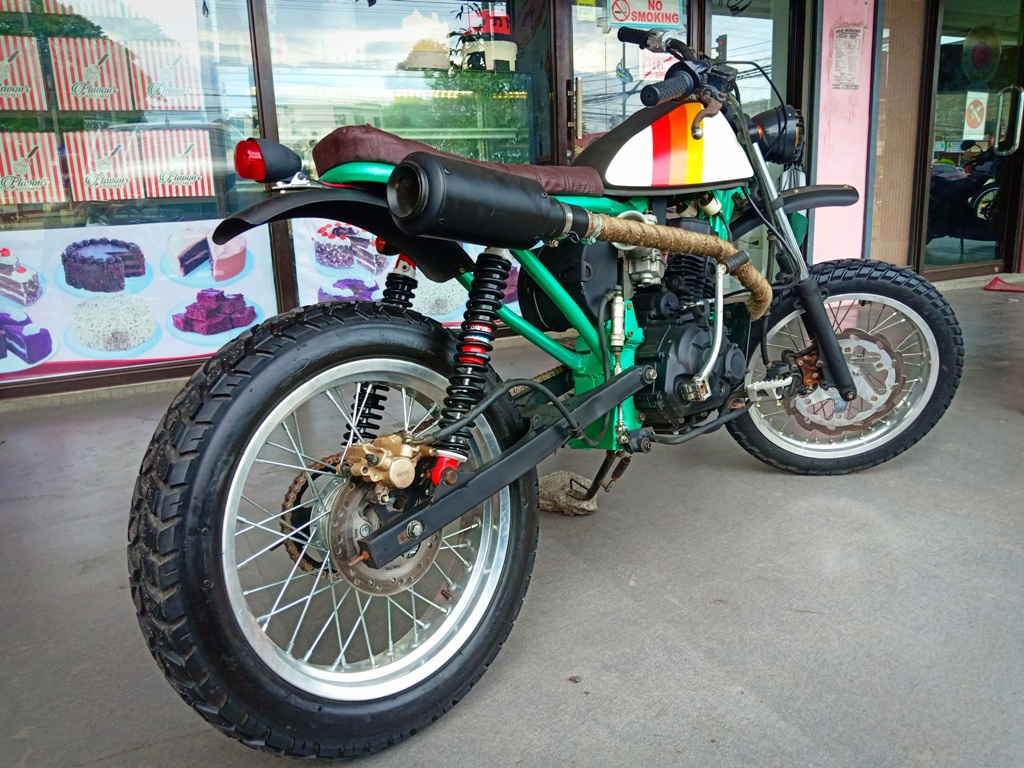 They have finished the build, with the help of a friend, and he Donn thinks it is going to stay the same for quite some time. Probably just a couple of performance tweaks to make it a more capable off-road machine like switching sprocket combinations to do well in trail rides. 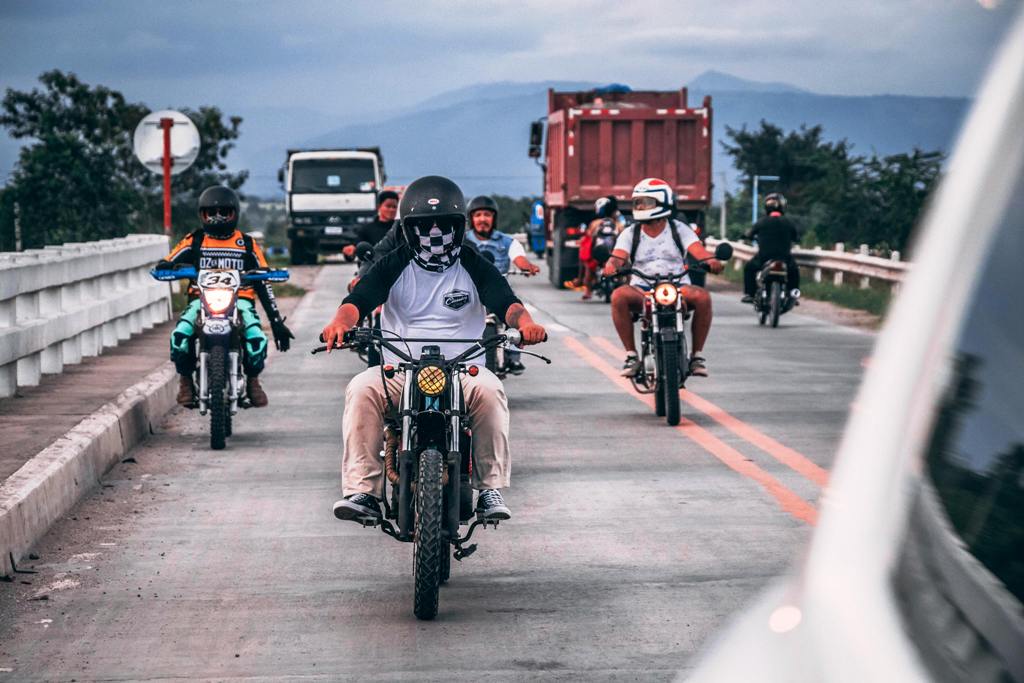 This bike really suits the owner’s personality. He is the comedian in the group so he chooses to avoid dull moments so the color scheme represents his outlook in life. To him, the bike screams positivity. It also highlights the risk-taker in him. He also loves taking it out on short off-road trips, in his constant thirst for adventure, and sometimes with his friends from Dadiangas Classics. Donn also wishes to thank Jay of The Obsolete for the big help in improving the build to where it is now. 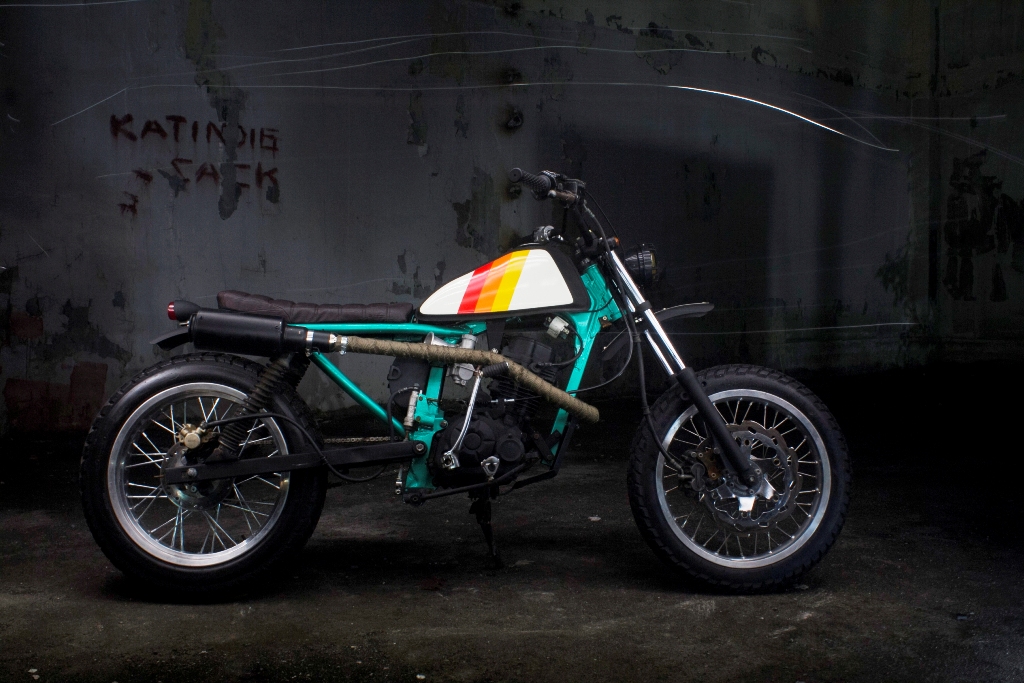 This was published in InsideRACING Magazine Volume 16 Number 10 issue