Defending Philippine Superbike champion and Motorad-WRD-Kawasaki rider Dashi Watanabe redeems himself after a not so good result in the first leg of this year’s Pirelli Philippine Superbike Championships wherein he had a crash that caused him a contention for a podium finish. Watanabe cruised his way to the checkered flag in the second round of the PSBK held at the Clark International Speedway last May 24. 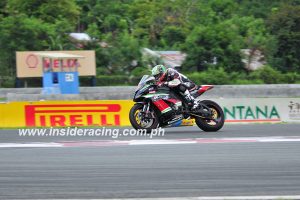 Aside from topping the expert class, Watanabe also set a new lap time record at the 4.7-kilometer CIS track as he submitted 1:53.967s in qualifying and 1:53.627s in the 4th lap of the race scheduled for 10 laps. 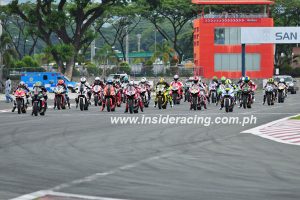 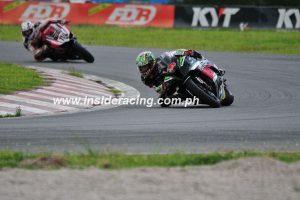 Also impressive that day was TJ Alberto of Ducati Philippines as he topped the Novice and Intermediate classes. The young Alberto had a high side crash during the first leg in Batangas and remarkably performed well in the second round. BMW rider Colin Butler and Ralph Kenneth Torres of Motorad-WRD were the second and third placer in the Intermediate class. In the Novice group, John Lery Enriquez took the second place while Masato Fernando was third. 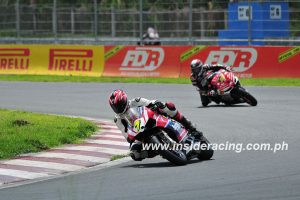 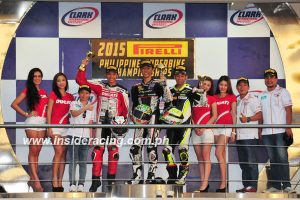 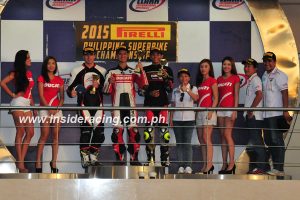 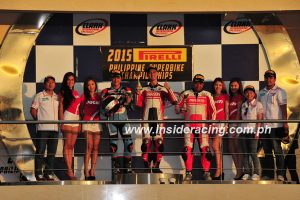 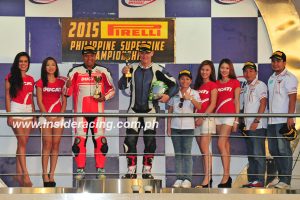 The 2015 Pirelli Philippine Superbike Championships is sanctioned by the Superbike Racing Association (SBRA) which is a member of FETAP (Federation of Two Wheels Association of the Philippines).

More details and pictures will be published in InsideRACING Volume 13 Number 6.