Day 1 HAJ : Guess who dropped by to say hello? The “Honda Asian Journey 2019″ started today, October 31, at the Sepang International Circuit (SIC). Honda’s Big Bike Caravan throughout Malaysia that ends at the MotoGP race in Sepang Circuit celebrated its fourth edition since 2016. It is organized annually by the Honda Group of Companies in the Asia & Oceania region. 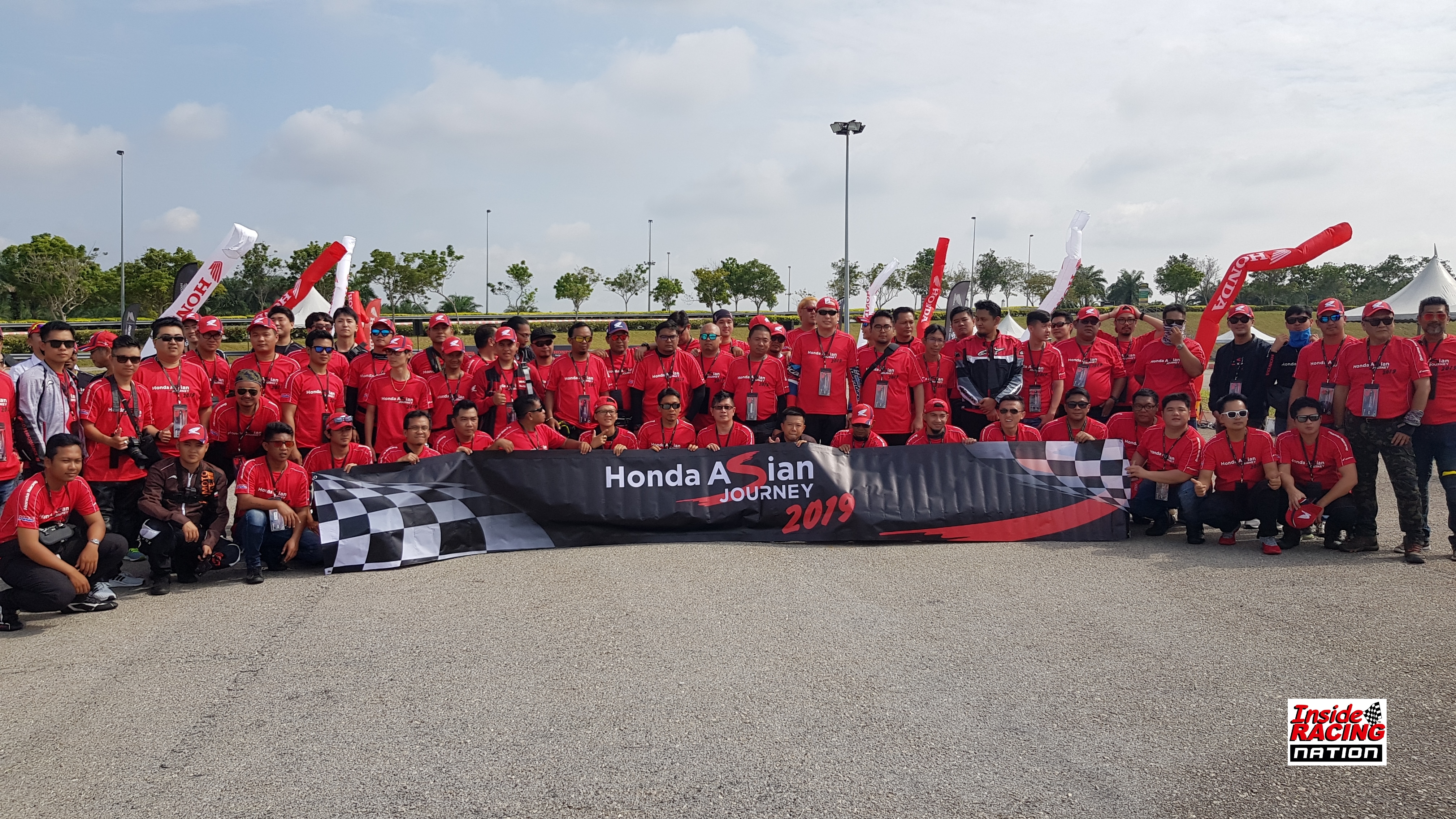 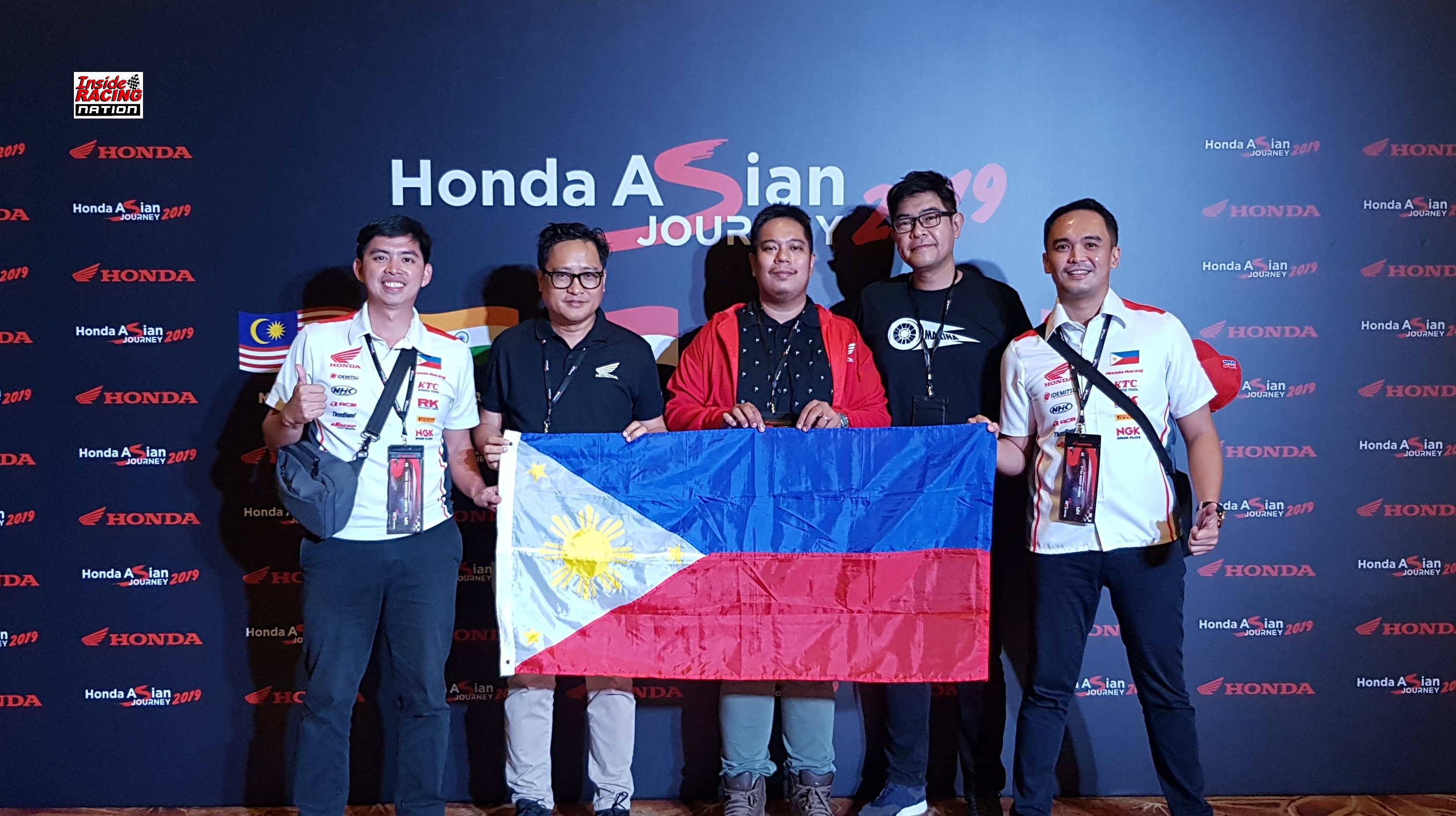 Approximately 60 riders comprised of customers, journalists, Honda dealers, and associates from six countries, namely Indonesia, Thailand, Vietnam, Malaysia, the Philippines, and India, will travel a total distance of approximately 500 kilometers. All six countries sells big bikes. The event is held to promote the big bike lifestyle in the Asian region and the Honda brand image. 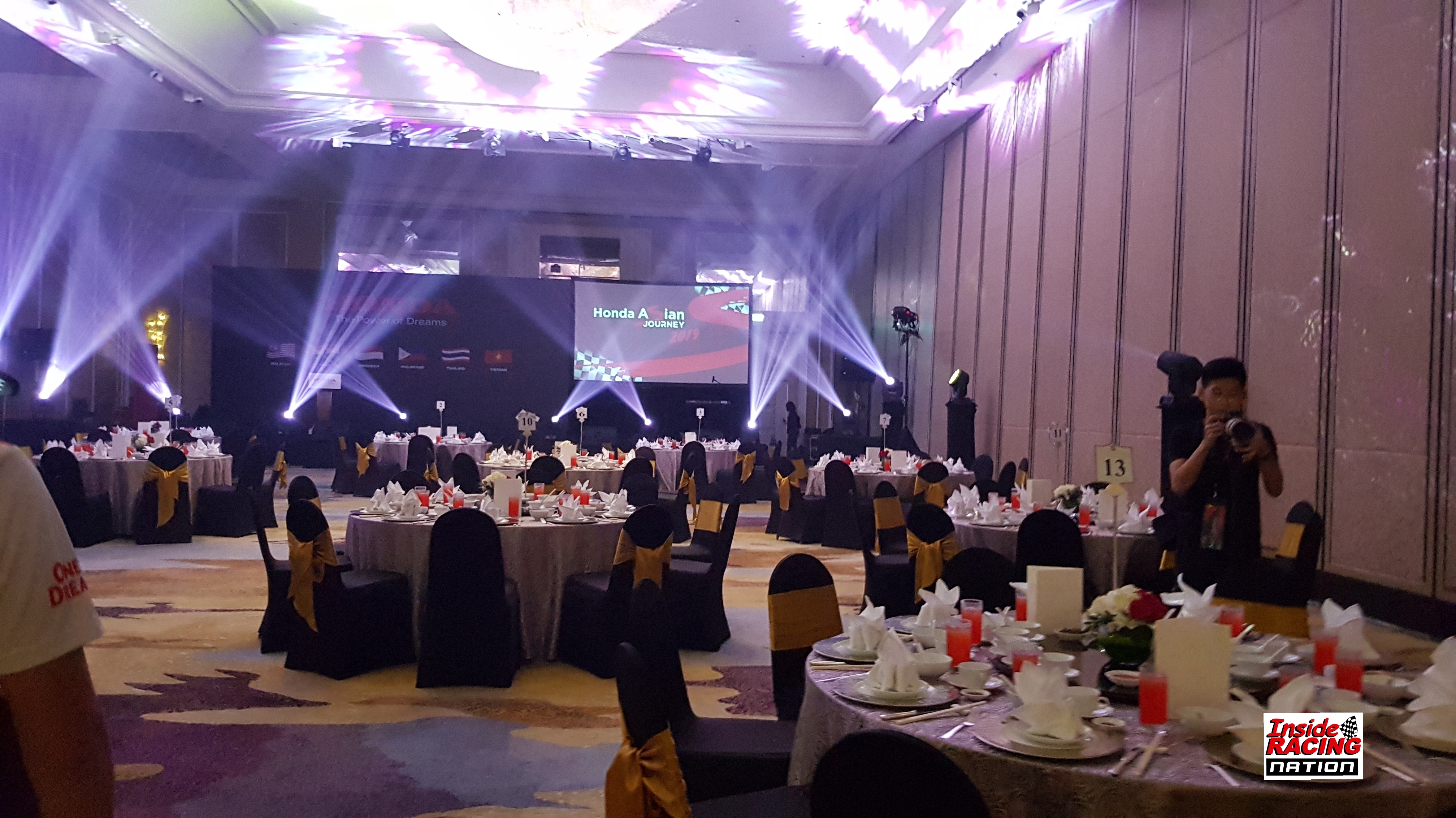 Yesterday, riders from different countries arrived one by one at the plush Shangri La Kuala Lumpur Hotel located in the capital of Malaysia. In the evening a Welcome and fellowship dinner was held complete with fun games and introduction of each countries team leaders. The night ended with a Police Briefing for the riders. 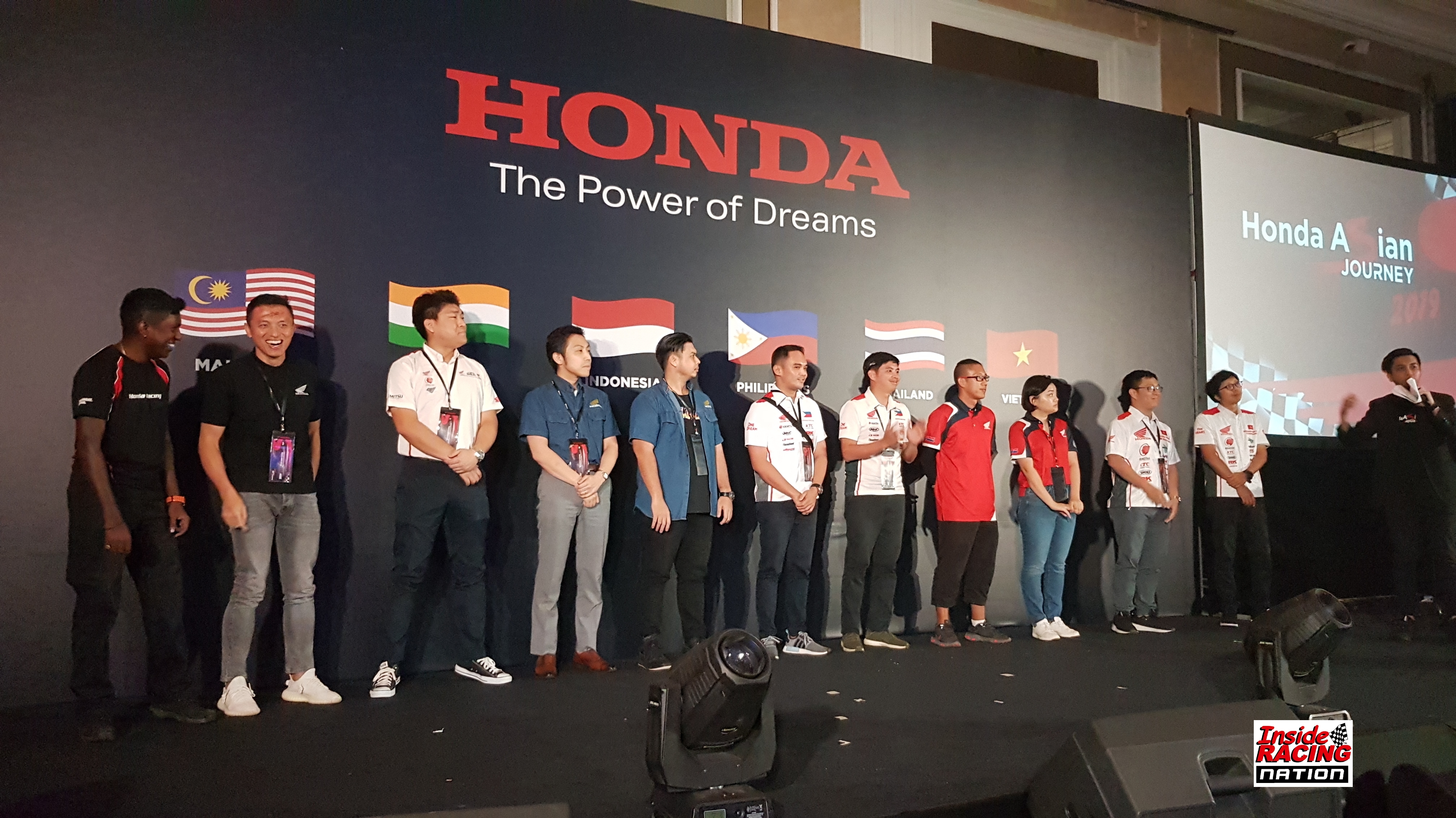 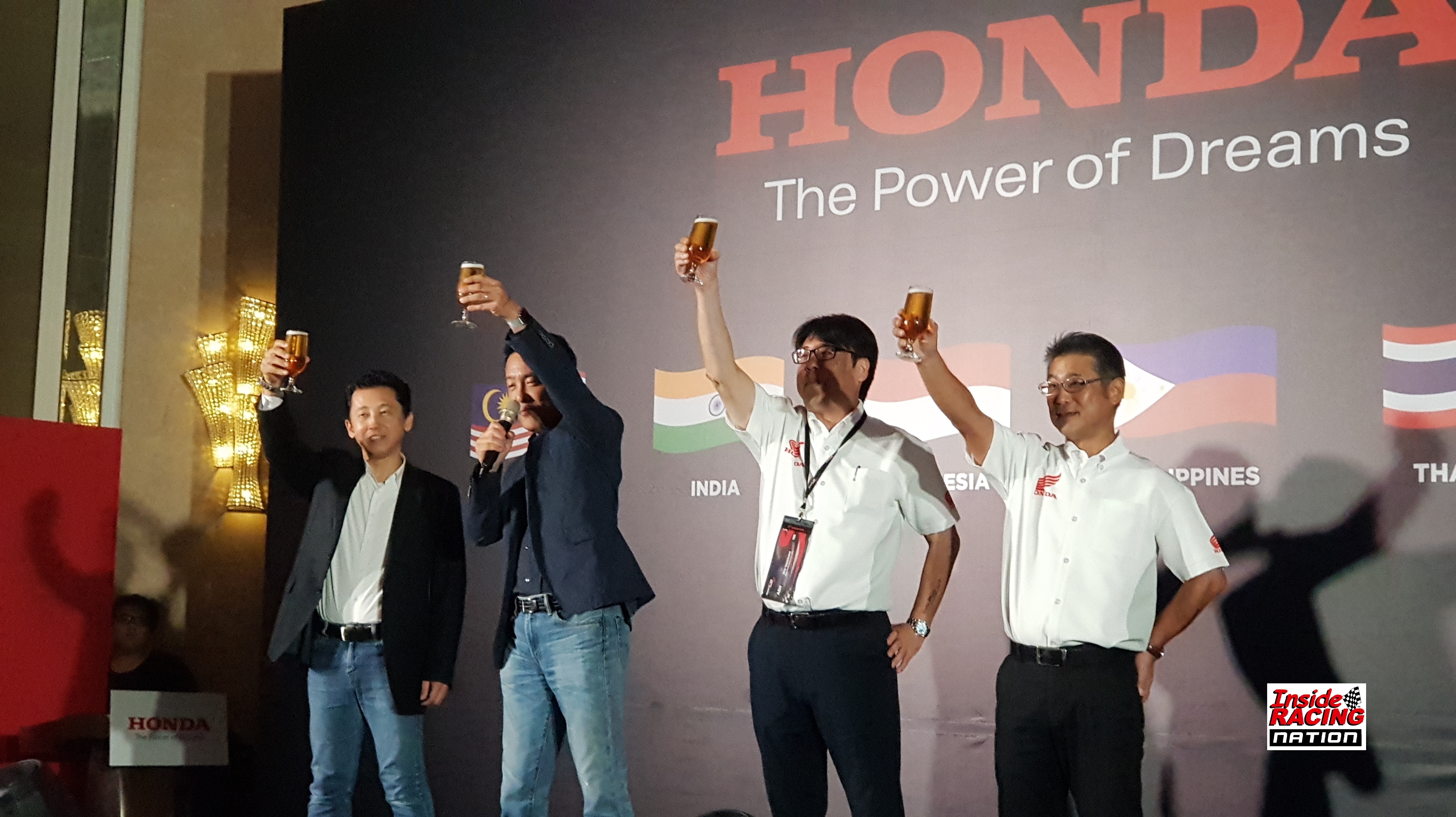 At 830am the following morning everybody left the plush hotel via Bus and arrived at iconic Sepang Internstional Circuit, the official starting point of the tour for 2019. 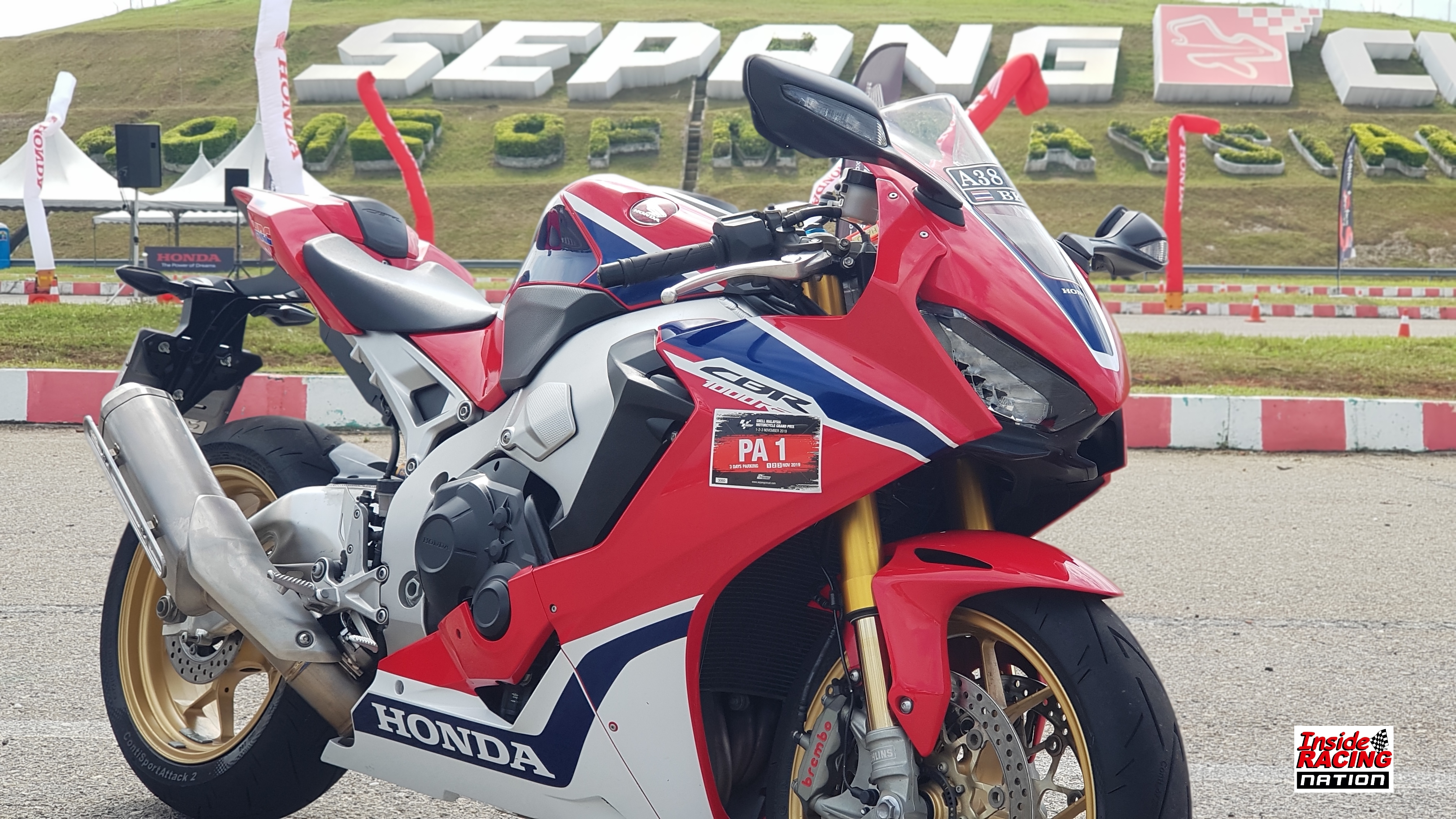 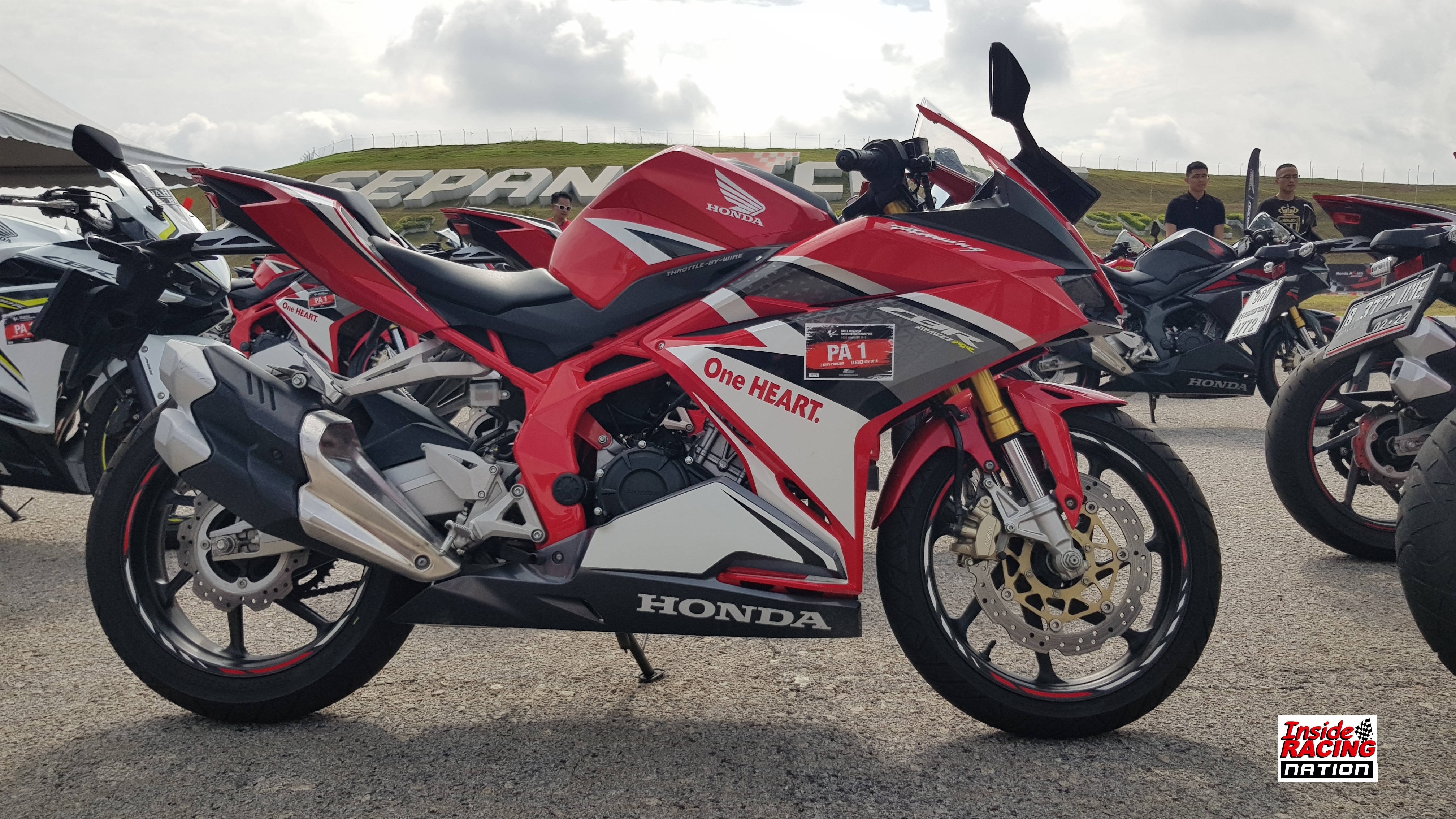 There, for the first time the participants saw the bikes that will be used this year. They are all sportbikes such as Honda’s flagship superbike the CBR1000RR Fireblade powered by a 1,000cc liquid-cooled inline four-cylinder engine capable of 141 kW @ 13,000 rpm and weighs only 191 kilograms. The CBR650 Sports inline four , the 471cc CBR500R Twin and the highly desirable CBR250RR Twin. 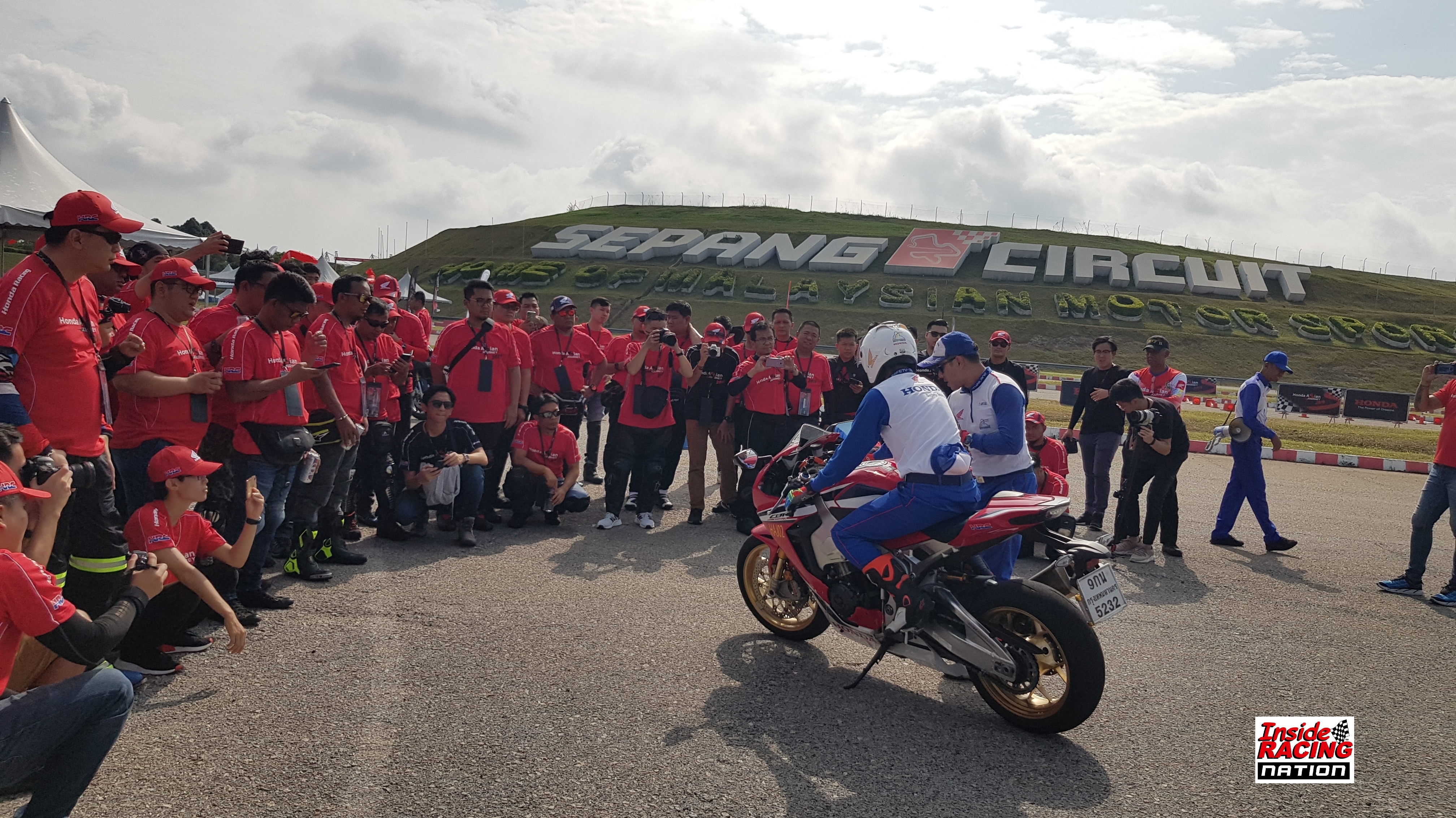 The experienced instructors also carefully pointed out the things that riders should not do. 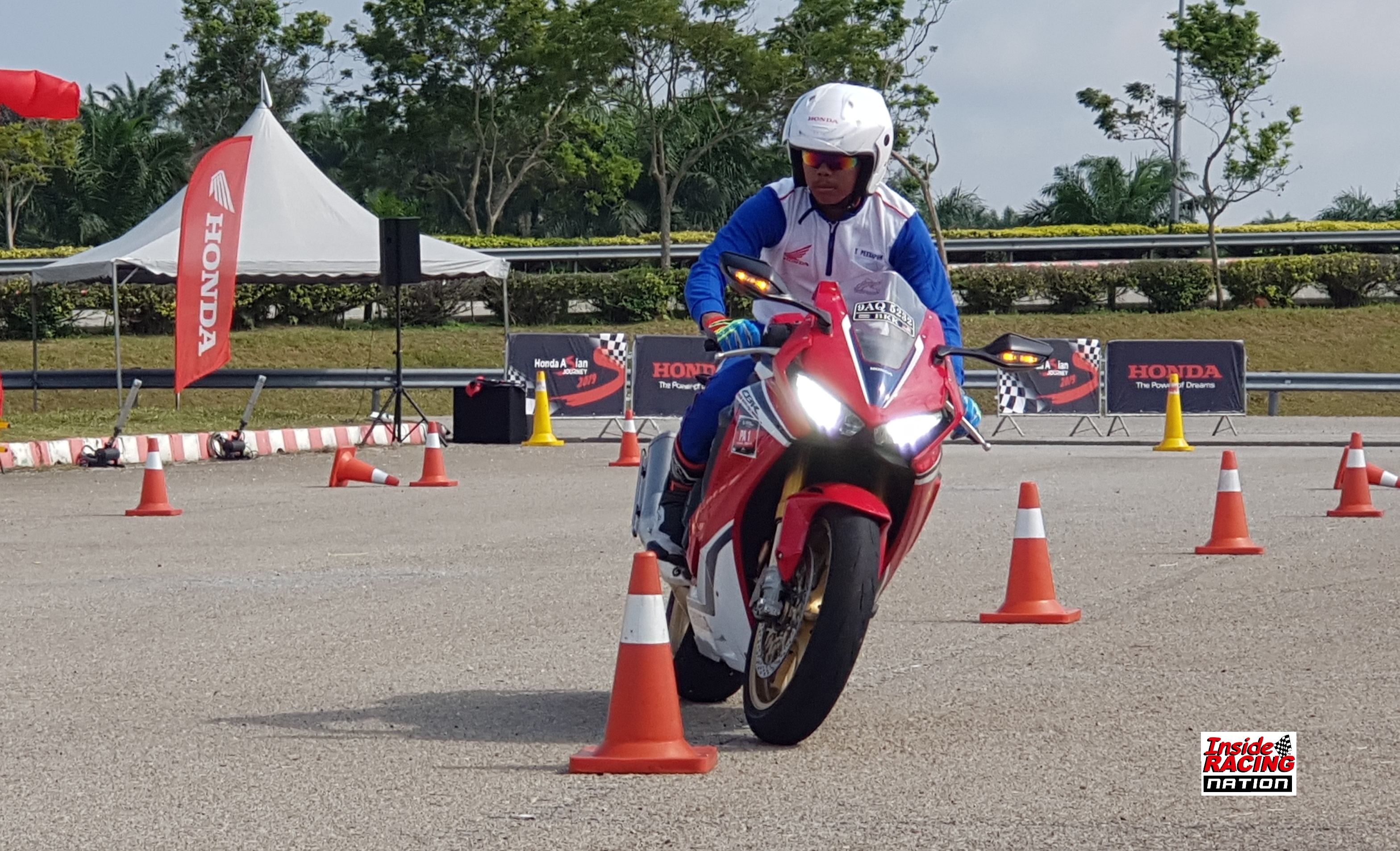 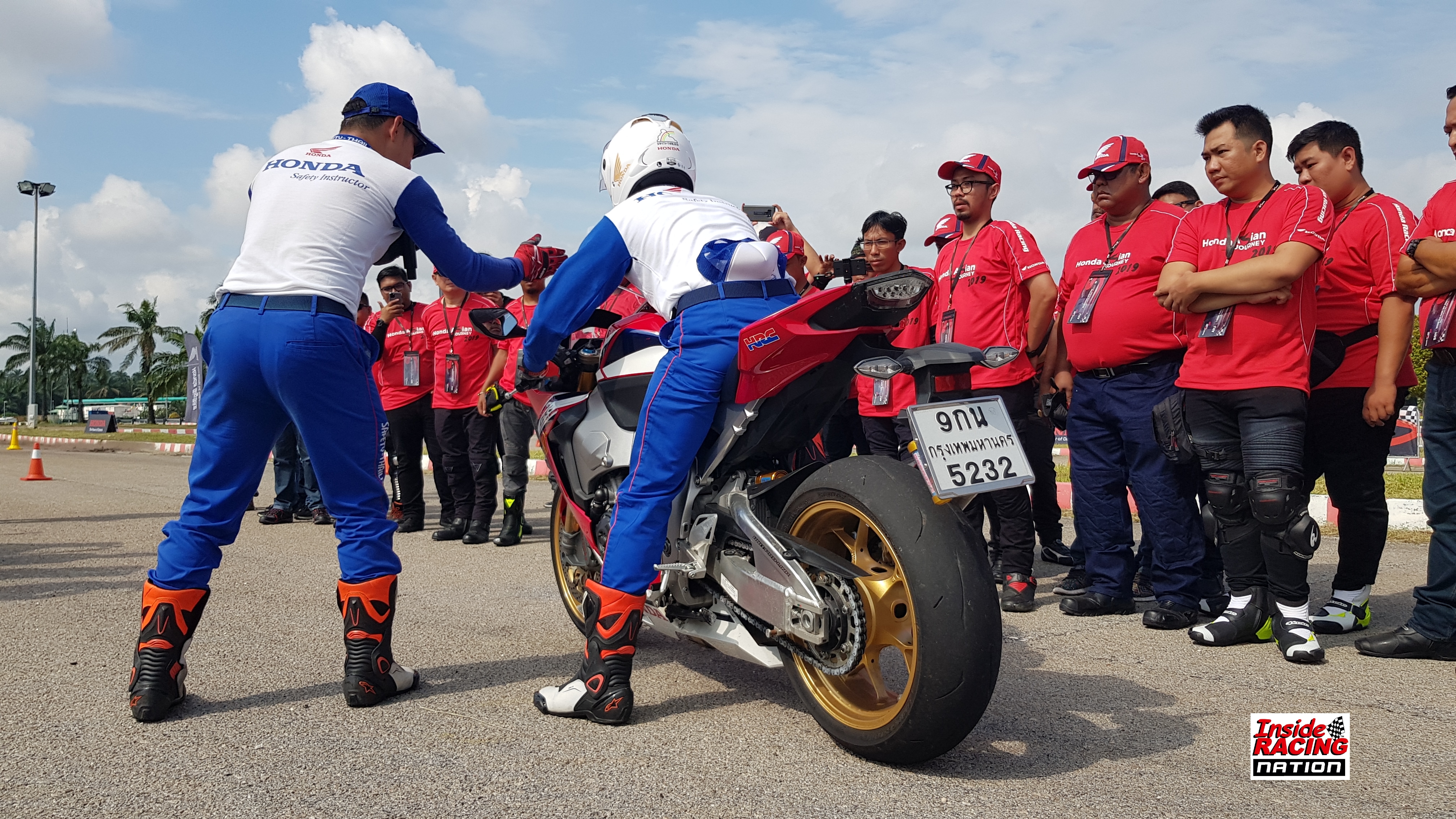 Afterwhich, it was it was the riders turn to gear up, warm up and practice around the course that was set up at the front of the Sepang Circuit. 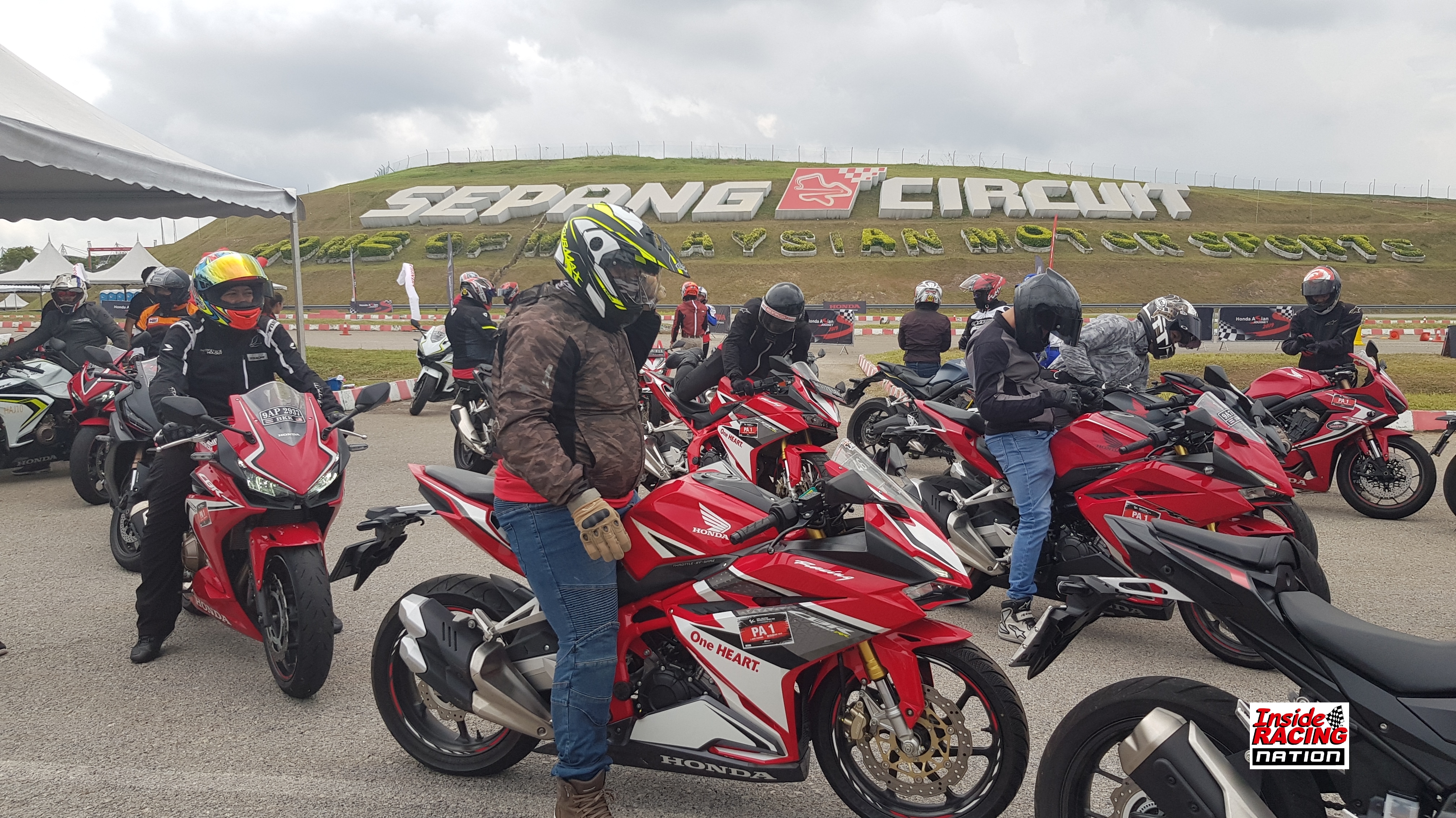 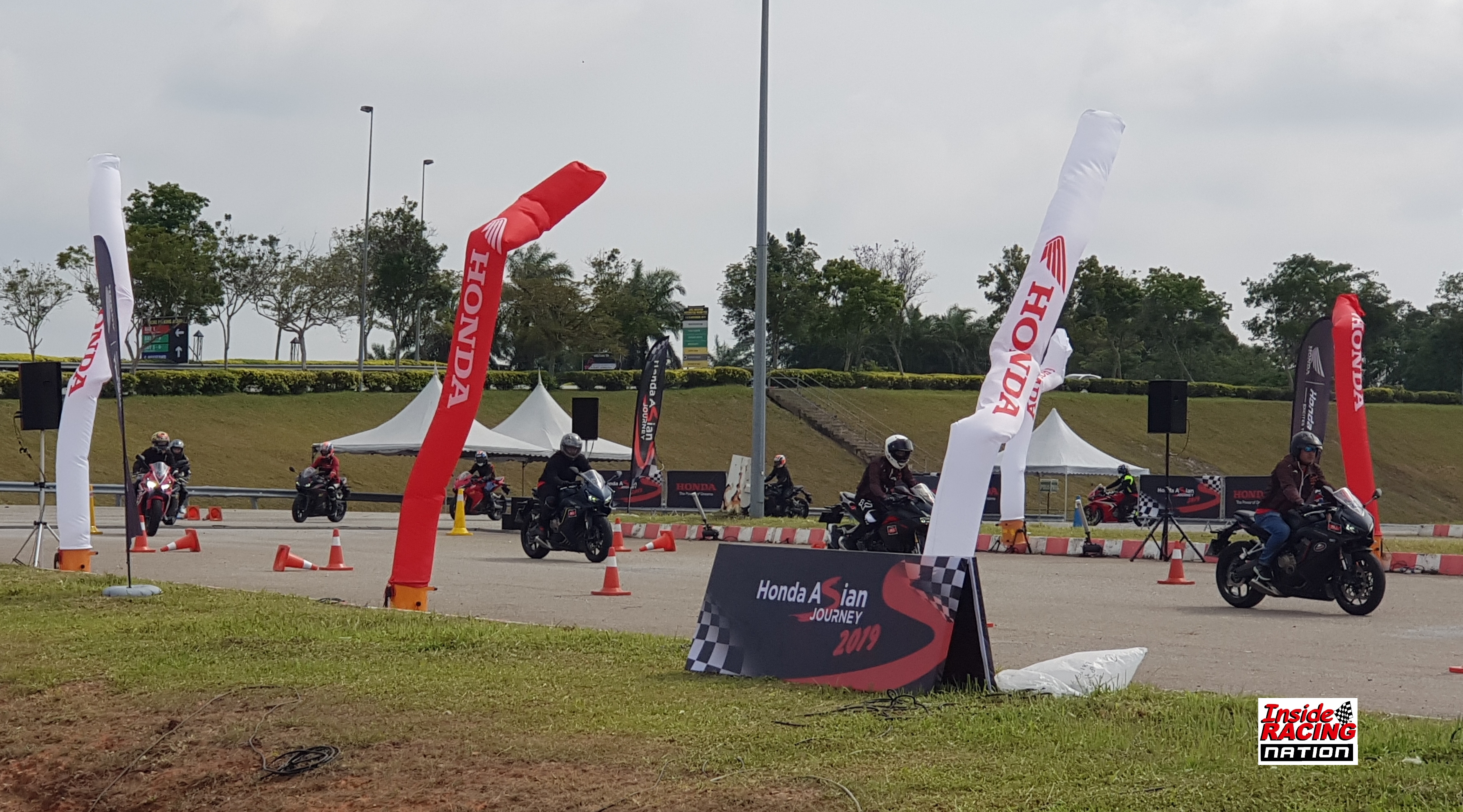 It was here that a Surprise Meet and Greet with Honda Asia Team’s Moto2 and Moto3 riders namely Somkiat Chandra of Thailand, Dimas Ekky Pratama of Indonesia and Japanese Kaito Toba and Ai Ogura. 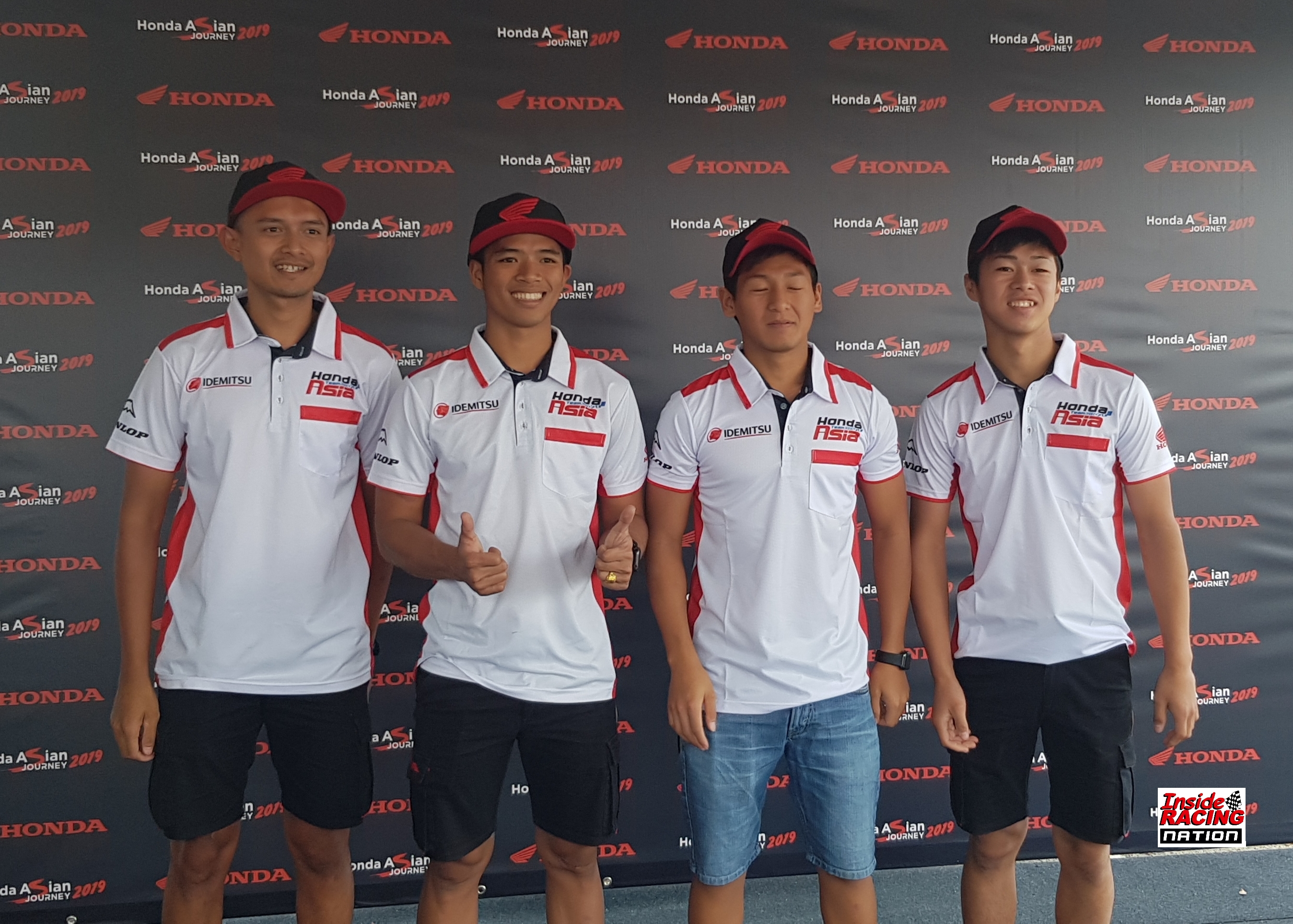 As lunch was served, the heavens opened and the riders prepared for a slightly wet flag off.

Then, another surpise! It seems that the group need not wait until Saturday to personally meet the Honda Racing stars as World Champion Marc Marquez and Jorge Lorenzo visited the venue to greet and wish the riders good luck! 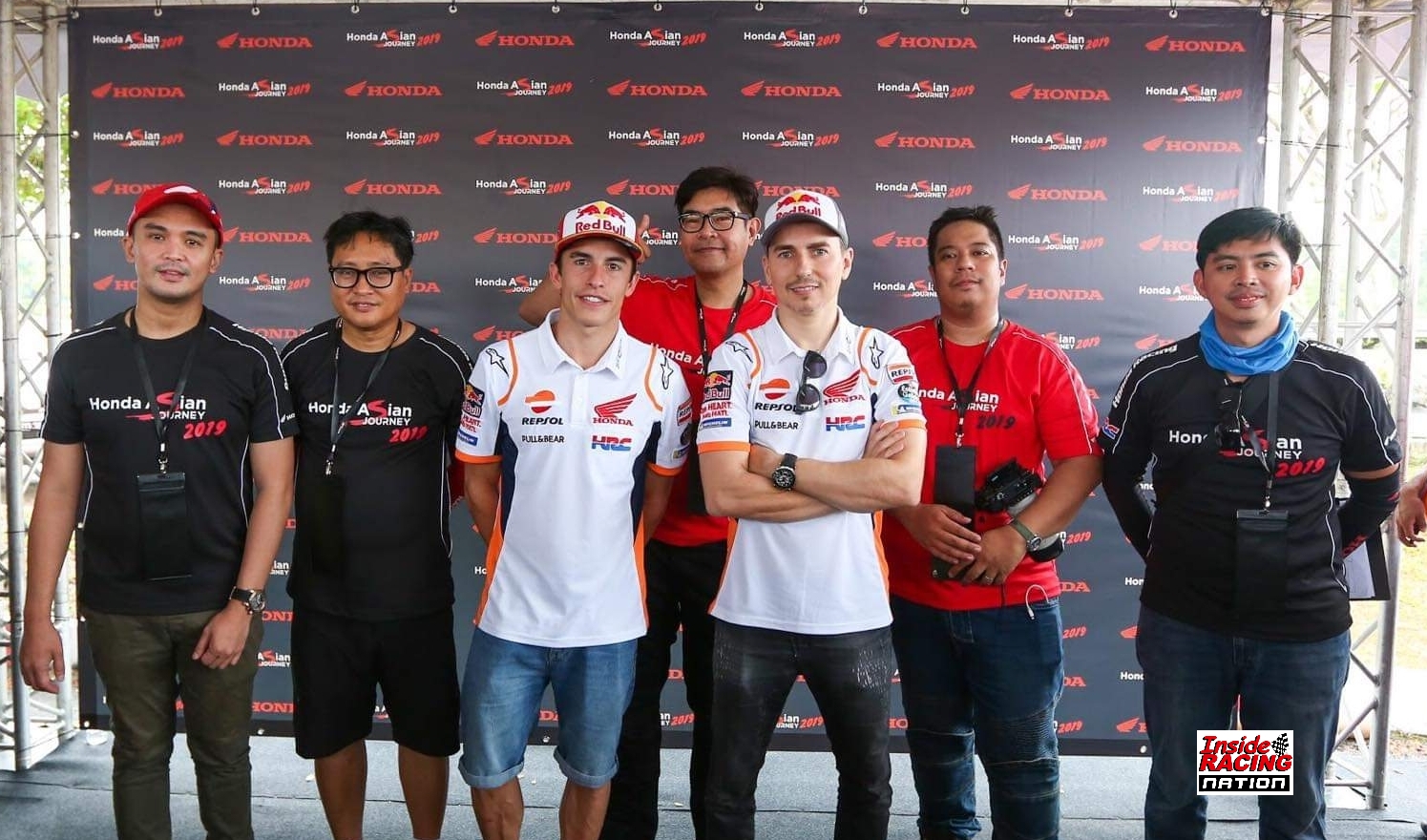 Marquez, who is already the 2019 MotoGP World Champion said that that he is very glad to be racing in this part of the world where MotoGP racing has many fans.

Meanwhile, Lorenzo said that Sepang is one of his favorite tracks since he won his first MotoGP title here almost ten years ago.

After quick photos with the different country delegations, the two Repsol Honda riders went back to their jobs at the circuit. 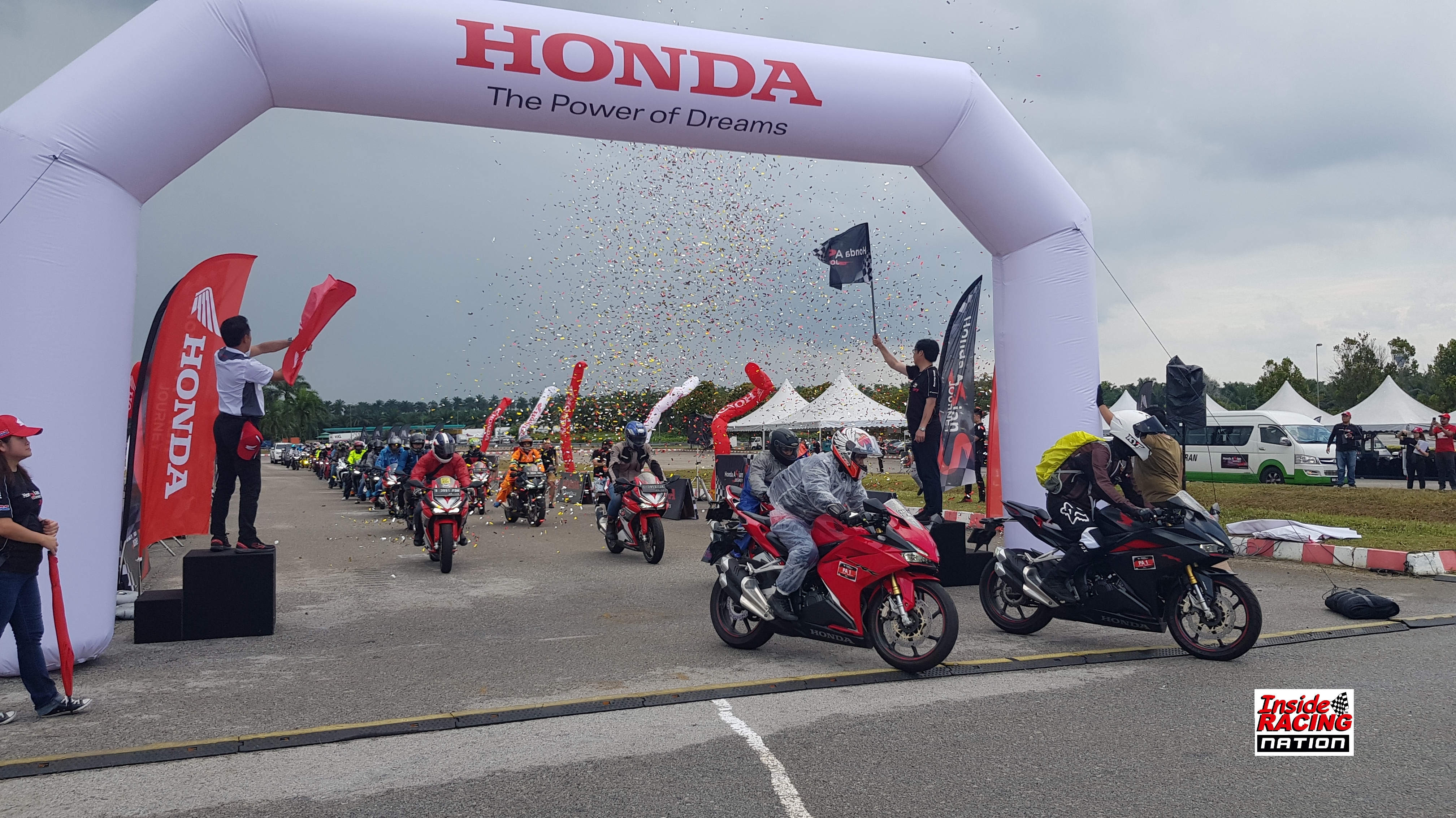 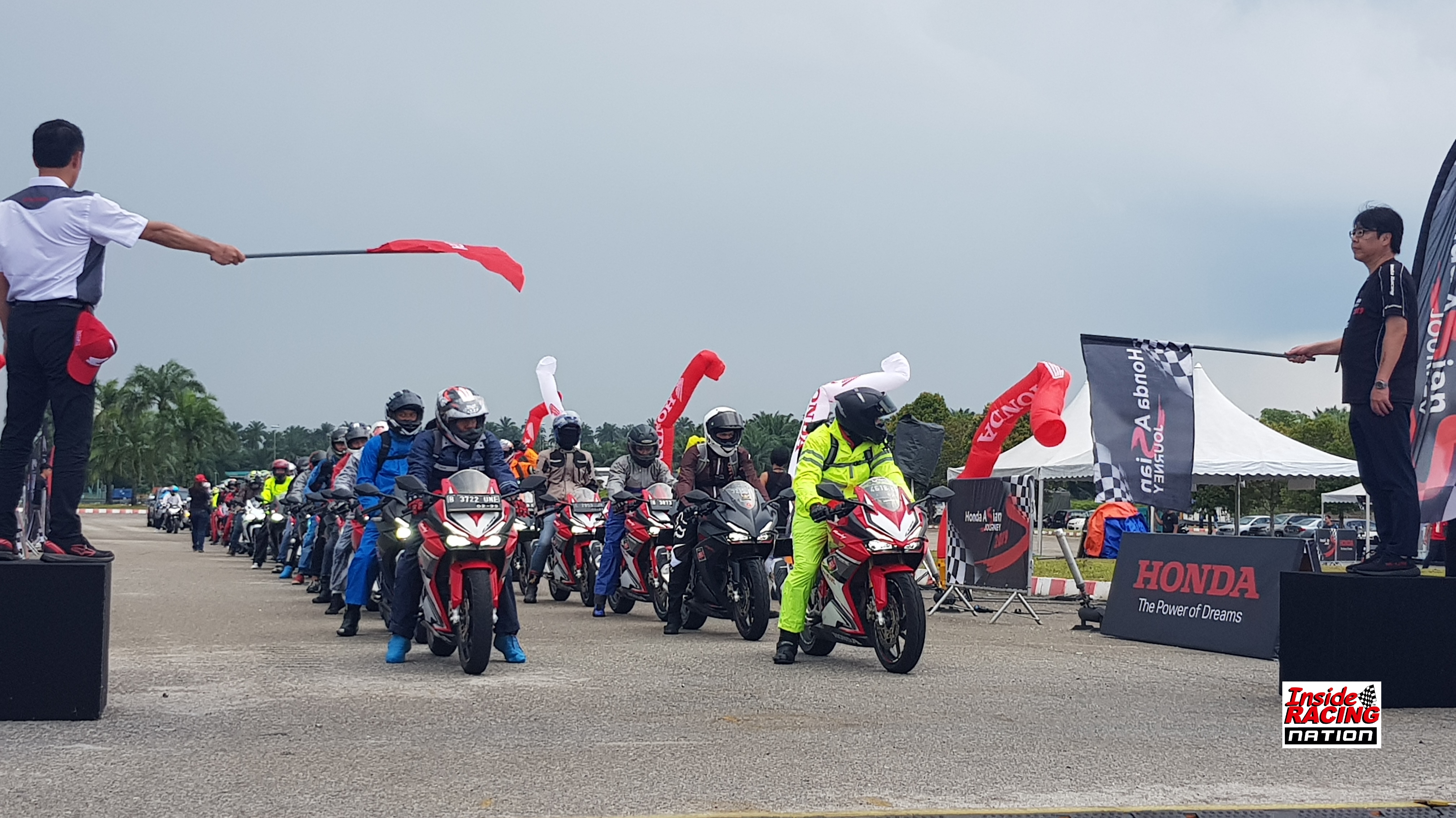 The tour was officially flagged off at around 2pm in the afternoon for their touring ride to Melaka. Most on high speed highways and withbthe performance of the Honda sportbikes, the group reached the next stop at Hatten Hotel Melaka after just one and a half hours of riding. 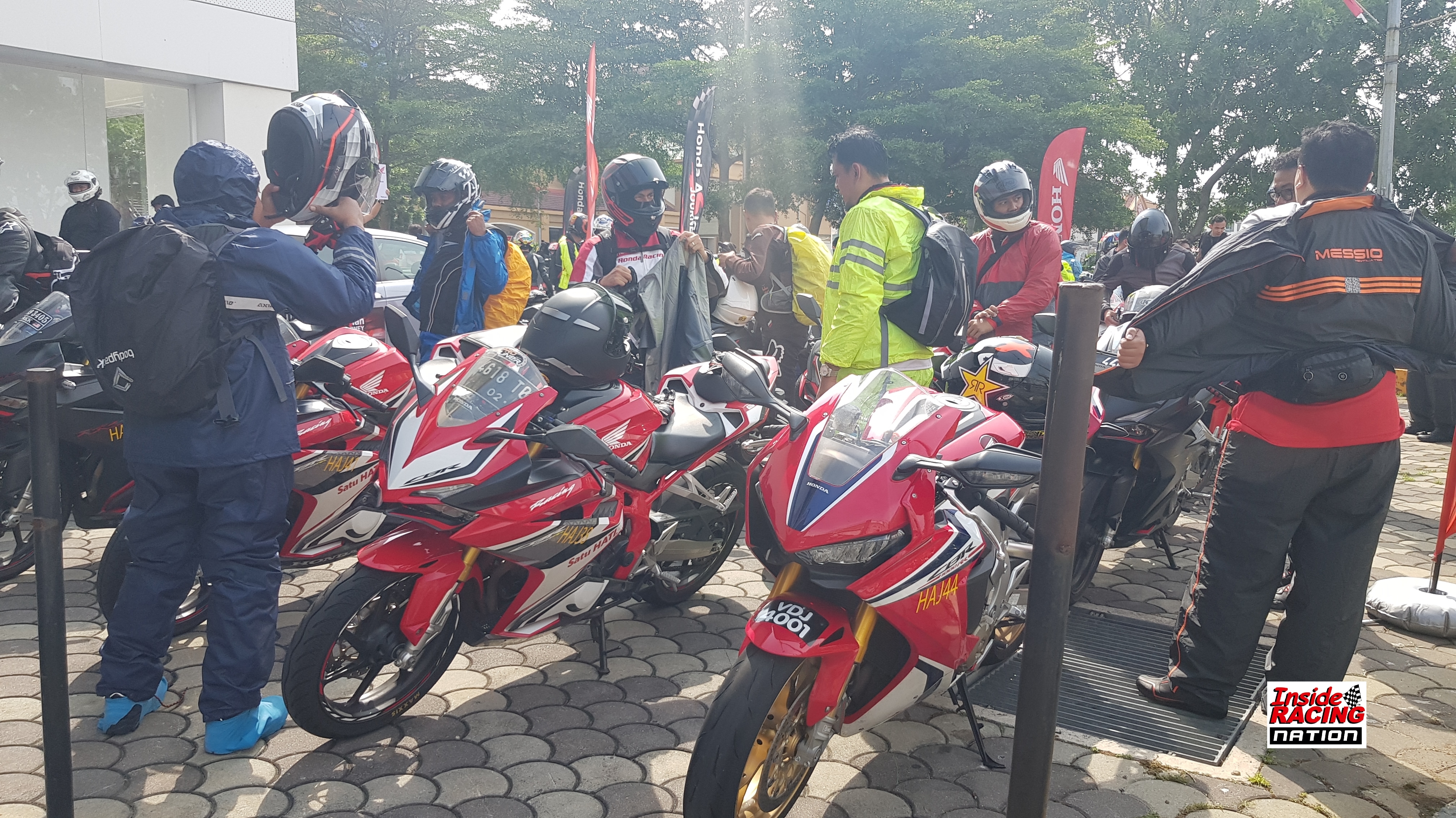 Melaka is the historic state of Malaysia, rich with heritage buildings, ancient landmarks and colonial structures.

It was here that colonial forces first nade contact with Malaysia, which eventually shaped the country into its current economic and political system. 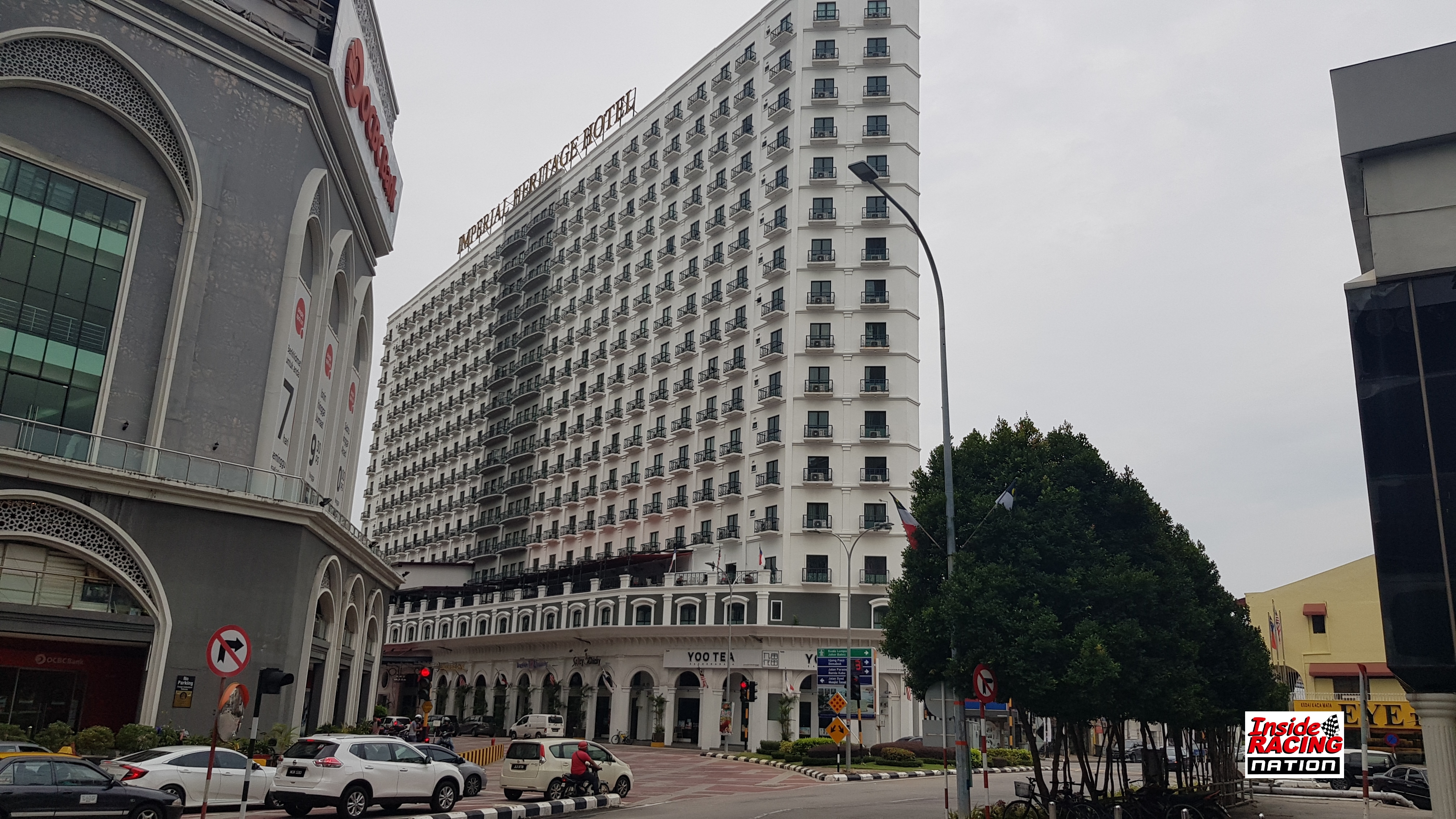 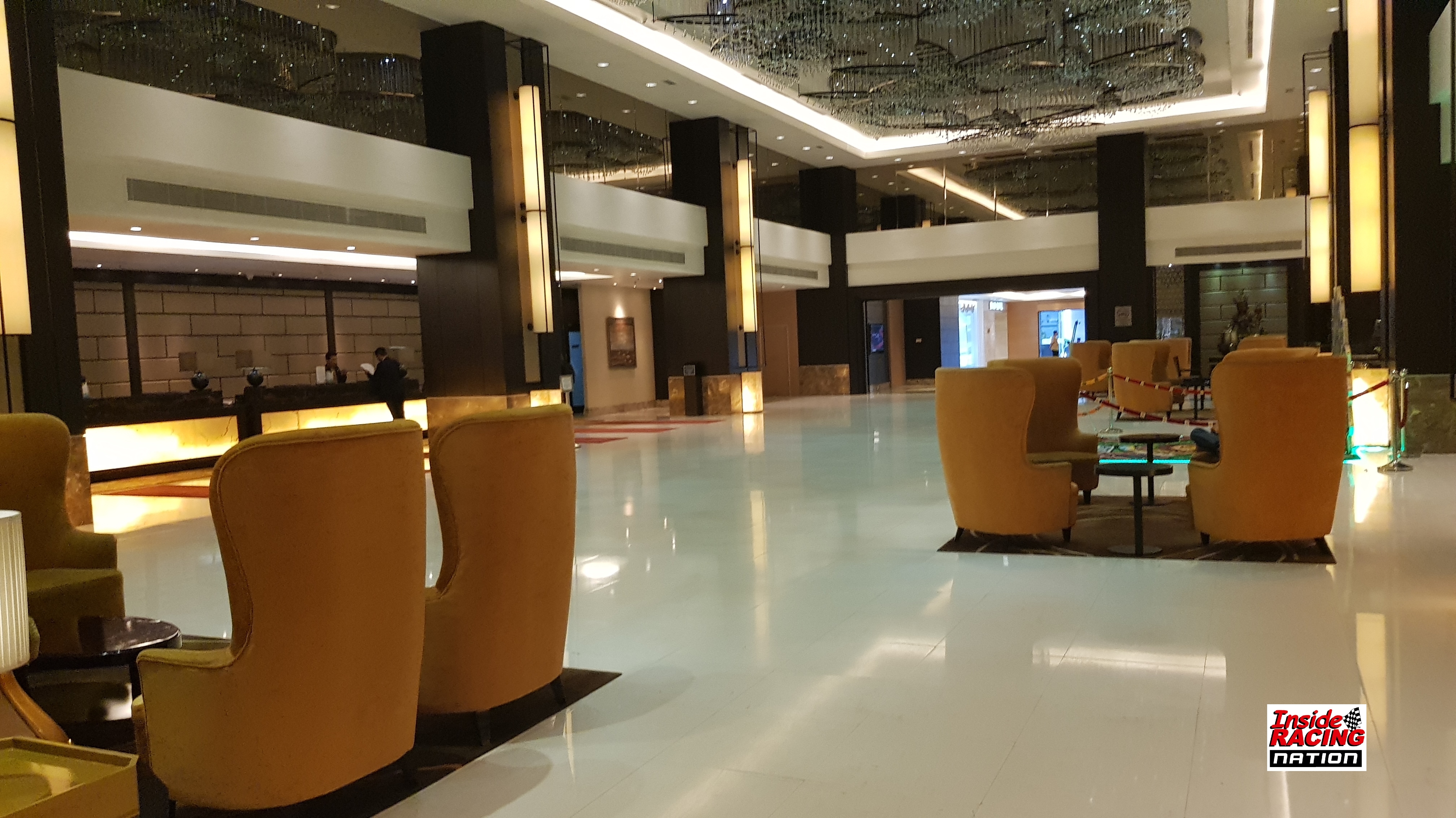 Everybody had a sumptious dinner at the Sky Alto Lounge and some proceeded to enjoy Malaysia’s traditional Trishaw ride. 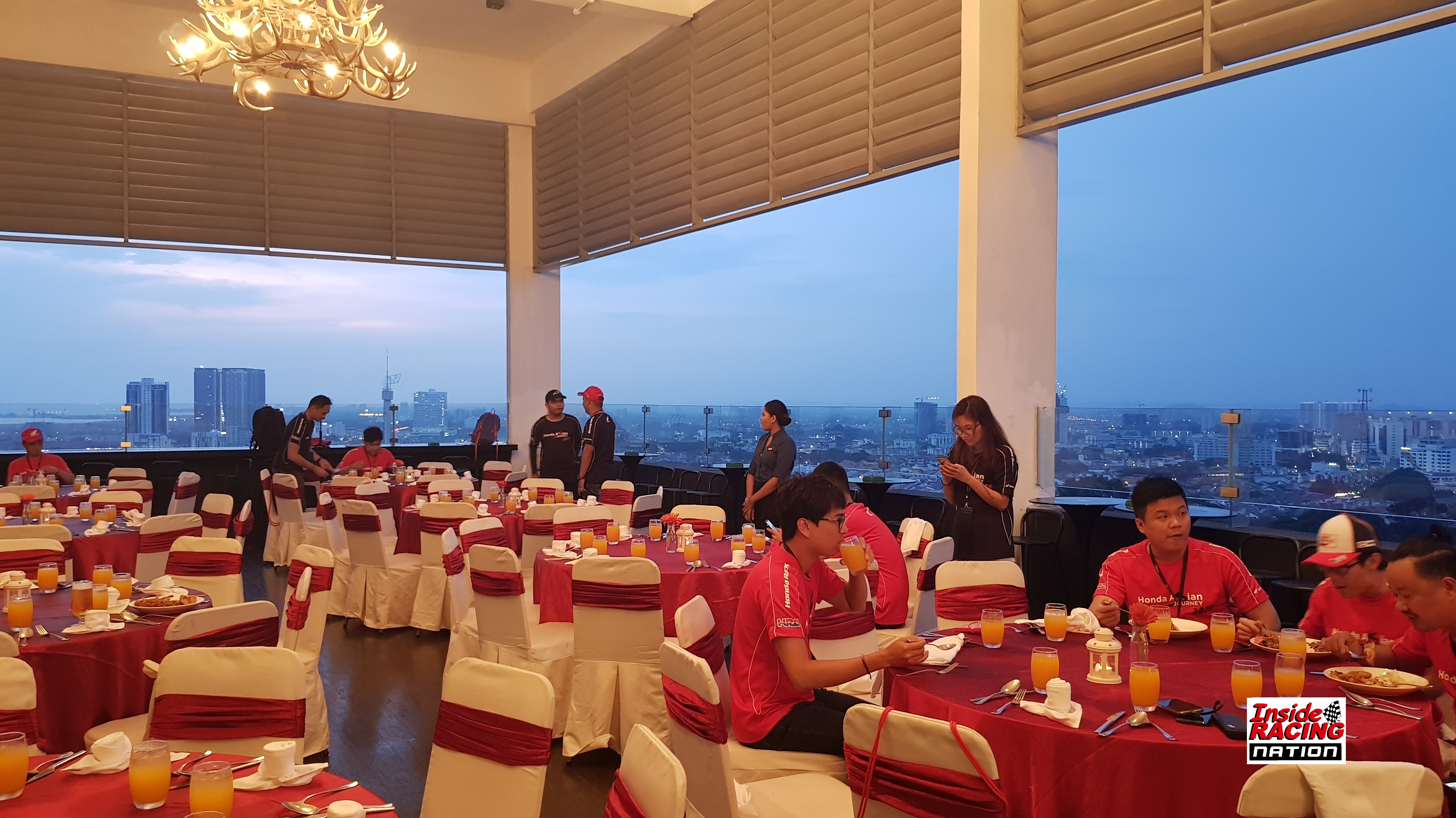 Day 2 of the Honda Asian Journey starts early the following morning where the riders will tour Kuala Selangor. 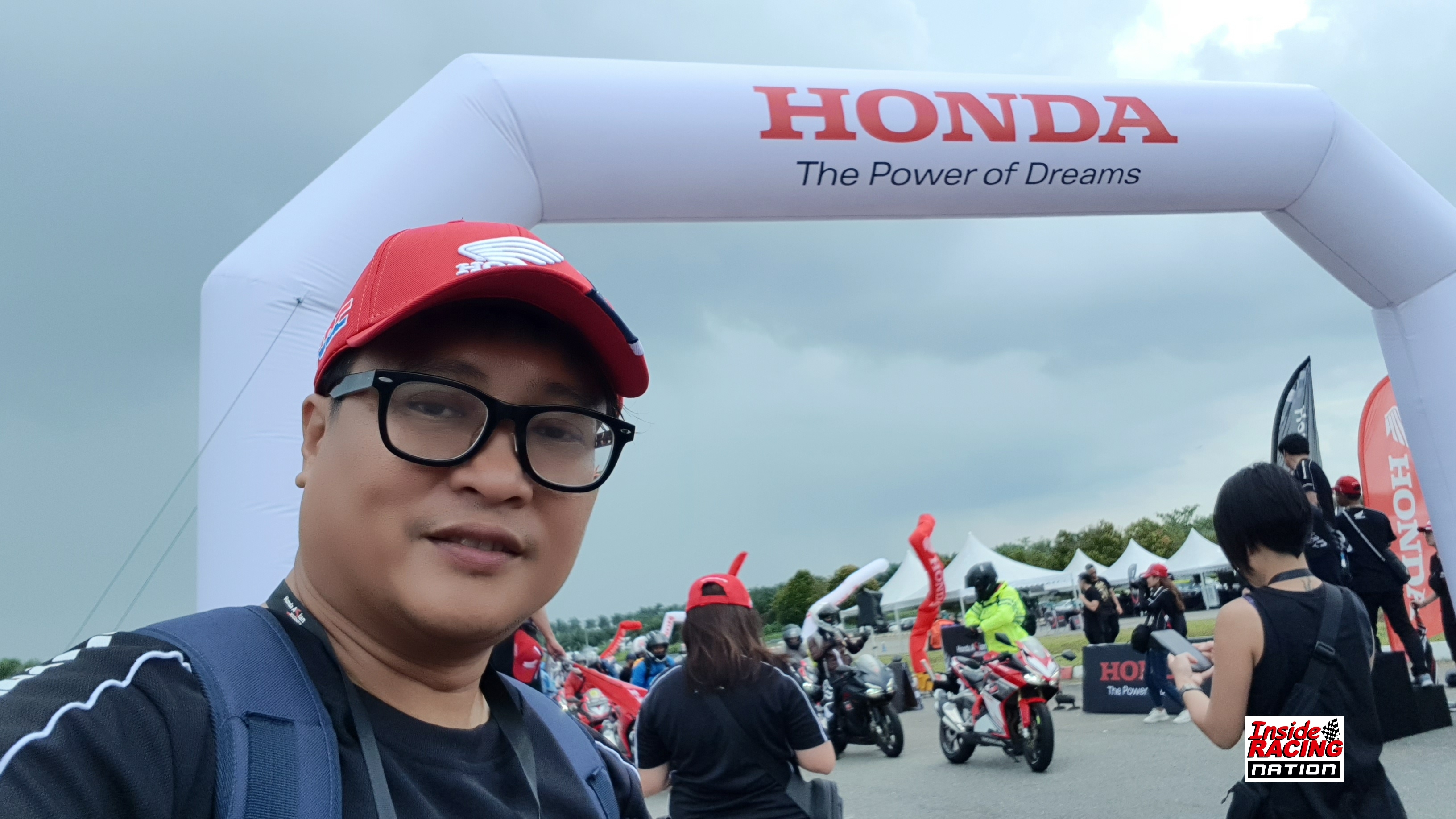