What are daylight running lights? Why the need to have your headlights on during the daytime? Daylight Running Lights (DRL) are electrical fixtures on a road vehicle used to inform other road users and pedestrians that the vehicle is operating. It uses a separate lighting system to serve this purpose. When DRL’s were passed into law in some countries in Europe, the US, and Australia back in the late 80’s and early 90’s, most of the manufacturers used the motorcycle’s headlights, on a low beam setting. 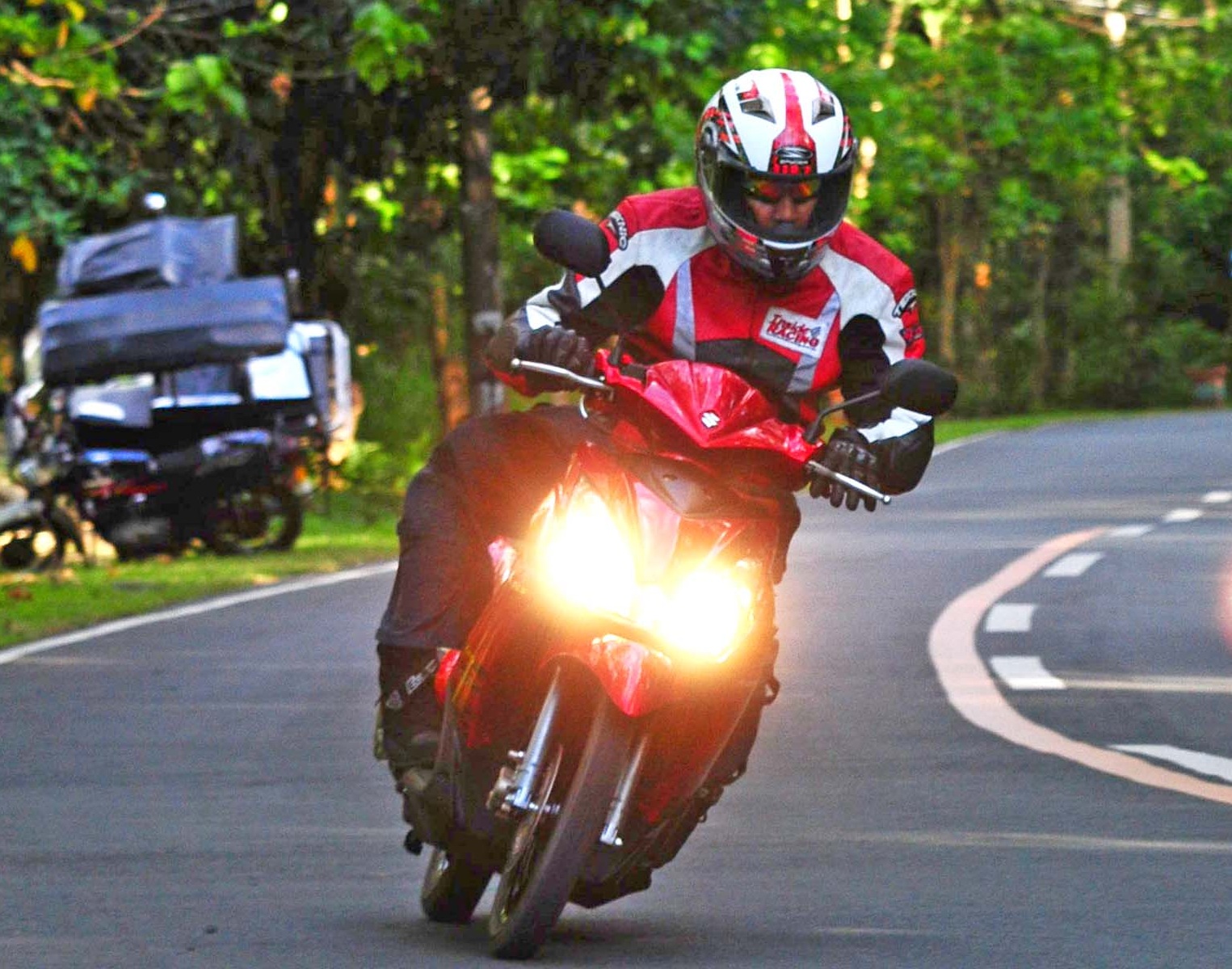 Some motorcycle models had turn signals that supported “double contact” bulbs. This allows the turn signals to be lit and still keep the effective use of the signal lights. This makes the motorcycle more visible in either day or night time operations. Some riders like to use high beam during the day to increase their visibility. Unfortunately, using high beam setting during the day can be unnecessarily distracting for other road users. Getting their attention is important, but you don’t need ALL of it. They’ll need to pay attention to other vehicles on the road too. The mere fact that your lights are on will help. Using High beam is just way over the top.

There are Modulated headlights which cycle the light from bright to dim about 240 times a minute. This creates a mild strobe effect, without burn stressing the filament, by cycling the electricity from 20 to 100% brightness. The purpose is to get the attention of other roads users, which is good for the rider. Unfortunately, long term exposure to a flashing light can be very distracting, if not irritating, for other road users. Modulated beams have been on the market since the 1970’s. Motorcycles have a significant disadvantage about being seen due to their smaller, front cross-sectional area. This leads to speed and distance estimation errors by other drivers.
That said, here are other reasons why many want to have daylight running lights in our streets:

• Motorcycles and their riders are a relatively small component of the total traffic mix and therefore their visual recognition is reduced.
• Many drivers do not anticipate routine encounters with motorcyclists in traffic.
• Motorcycles are smaller visual targets and are more likely to be obscured.
• Drivers tend to scan for large rectangular objects with their main axis being horizontal (cars) rather than smaller objects with their main axis being vertical (motorcycles).
• Cars have blind spots, such as door pillars, that can hide a motorcycle and its rider.
• Objects and environmental factors, including other vehicles, roadside objects and light patterns can make it more difficult for drivers to identify motorcyclists in traffic
• Traditional driver distractions, such as eating, smoking, managing audio systems and operating mobile phones.

However, a motorcycle is not at all impossible to see. Research shows that drivers who also ride motorcycles, and those with family members or close friends who ride motorcycles, are more likely to observe riders and less likely to collide with them. This more than indicates that the most important factor causing car drivers to overlook motorcyclists is that the drivers’ minds are not set to observe motorcycles. One possible explanation may be that the car driver does not have a mental perception of a collision with lighter vehicles like motorcycles, underbones or scooters being an impending danger to him personally, feeling protected by the bodywork of the car. Car drivers can see motorcyclists, whom they might otherwise overlook, if they are mentally trained to do so.

Thus, better education of drivers is the single most important action to prevent collisions between cars and motorcycles.

Too much focus on DRL and brightly colored clothing may take attention away from far more important factors, namely increased driver awareness and conscious rider traffic strategies. Another main issue here is visibility. What you wear helps. Turning on your lights go a long way to be conspicuous in the daytime.