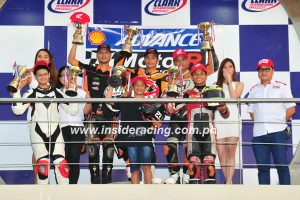 After a good start last April 26 in Batangas, Honda-MTRT’s Paul Mark Doblada and McKinley Kyle Paz of Moto Tan Racing Team won in the MotoIR and MotoIR2 for the second time last May 24. The second leg of the Shell Advance MotoIR Championship Presented by Honda was held at the Clark International Speedway and was sanctioned by the Unified Sports and Racing Association for Motorcycles, Inc. (USRA), a member of the Federation of Two Wheels Association of the Philippines (FETAP). 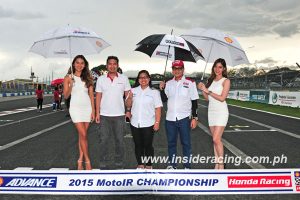 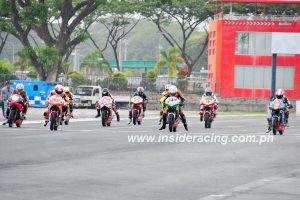 Both Doblada and Paz were the polesitters in their respective classes. The race had 9 laps at the west course of the CIS. 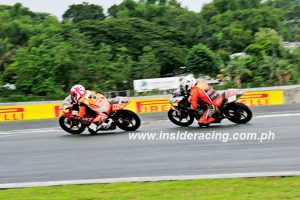 Doblada was pressured by Zebra-Pertua MTRT rider Dustin Esguerra but the Honda-MTRT rider managed to keep the lead and win the race. Esguerra finished second but posted the fastest lap time of the race. Josh Tan of Moto Tan Racing Team settled for third place. Gulf Racing’s Romer Corbe did not finish the race. 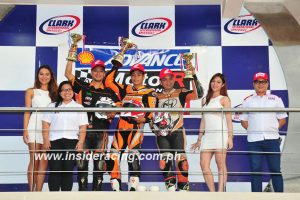 Despite a bad start, Paz was still able to take the victory in the MotoIR2 class. MotoIR Youth Cup winner Troy Alberto was the one leading the MotoIR2 riders in the early part of the race before Paz took the forefront position. Alberto finished second in MotoIR2 while newcomer Eane Jaye Sobretodo of the Maico Buncio Foundation (MBF) impressively took the third place in his first MotoIR2 race. FB Racing’s Gian Carlo Mauricio was fourth, followed by Jacq Buncio of Top 1-YRS-MBF and Edmar Quiambao of Replica Pro. Another new MotoIR2 rider, Rafael Lance Ortiz who also races for MBF, finished his maiden MotoIR2 race in seventh place. 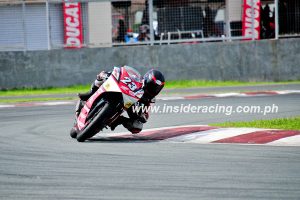 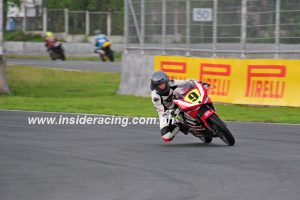 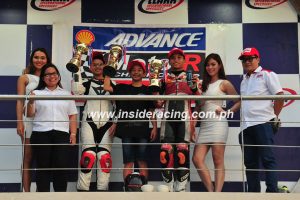 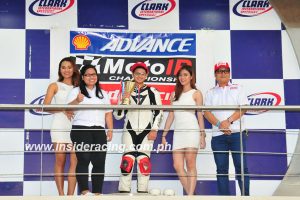 The third round of the 2015 Shell Advance MotoIR Championship Presented by Honda will be held at the Carmona Race Track this June 21.

More details and pictures will be published in InsideRACING Volume 13 Number 6.