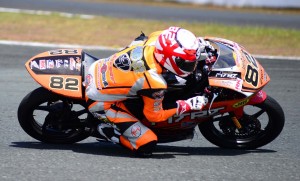 Paul Mark Doblada (MTRT-KYT) will try to make it a hat-trick of successive victories this Sunday  May 24 in  the second round of the 2015 Shell Advance MotoIR Championships Presented by Honda at Clark International speedway.  Doblada won the first round last April 26 in Batangas and also won the 2014 MotoIRGP race in Carmona last November. 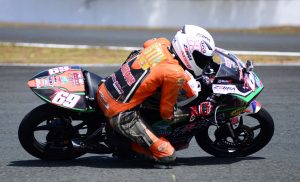 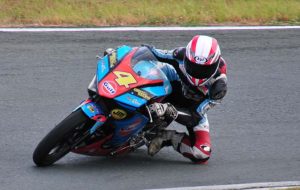 Dustin Esguerra (MLW-Zebra) is second in the championship and is one the major contender for the championship. Podium finisher Romer Corbe (Gulf Racing) meanwhile hopes to continue his strong start of the season and challenge for the win at the fast Clark Speedway. JR Tan (KYT-Moto Tan) will also be in the podium hunt as he is using a new bike for the weekend. 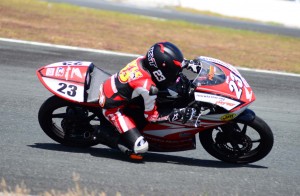 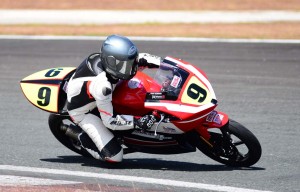 In MotoIR2, Shell ATC rider McKinley Kyel Paz hopes to repeat his win at Clark but it will not be without a challenge as runner up Edmar Quiambao (Replica Pro) has some bike tuning upgrades and Troy Alberto (Access Plus) has proven to be fast in the first race. Also last years’ Shell MotoIR Youth Cup Finalist Gian Carlo Mauricio will make a return to the Championships.  Also two riders form the YRS-Honda Motorword Team is expected to join. 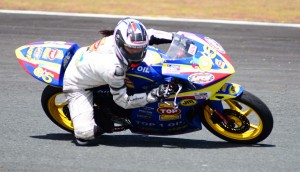 Meanwhile, the only female MotoIR rider Jacq Buncio (YRS-Top 1) leads the MotoIR Youth Cup standings and returns to the track where she had a podium finish last year in the Wheeltek GP Backbone race. The MotoIR Championhip is organized by InsideRACING and sanctioned by USRA, an affiliate of FETAP. 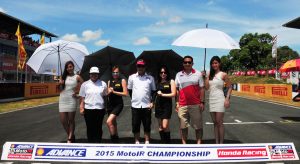