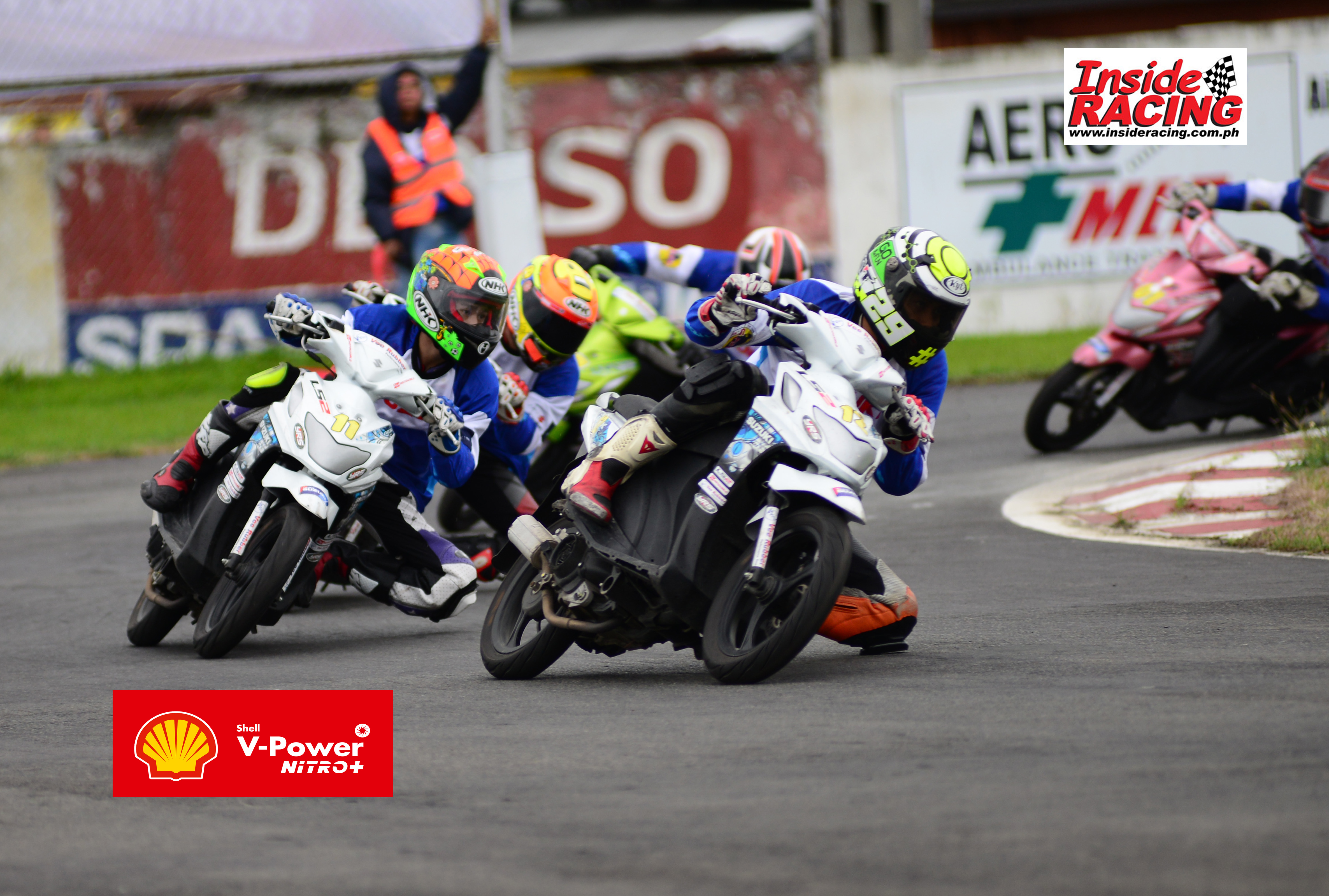 Suzuki Nex races were one of the highlights in the Shell V-Power Nitro+ One Make Race Festival that was successful despite the unfriendly weather last September 14.

In the Suzuki Nex Fun Class for Beginner and Novice riders joined by 23 participants, it was again McKinley Kyle Paz who prevailed over a tight battle with FB Racing’s Gian Carlo Mauricio who settled for second place. Joining the two in the podium was MBF’s Lorenmar Villanueva who crossed the finish line third.

The Suzuki Nex 115 races were part of the first Shell V-Power Nitro+ One IR Make Race Festival held at the Carmona Race Track organized by InsideRACING in cooperation with Suzuki Philippines. It was sanctioned by the Unified Sports and Racing Association (USRA) for Motorcycles, Inc.
More detailed reports and photos to follow in InsideRACING magazine.