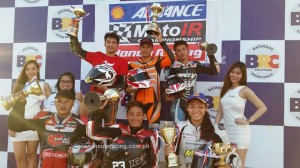 The opening round of the 2015 Shell Advance MotoIR Championship Presented by Honda took place at the Batangas Racing Circuit last April 26. It was held together with the first leg of the 2015 Philippine Motorsports Championships. 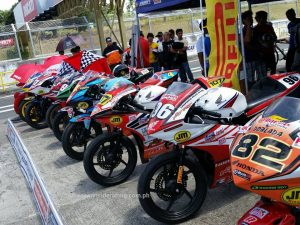 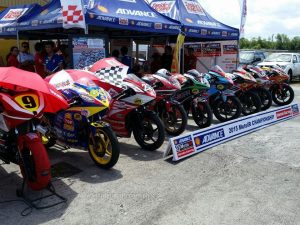 Paul Mark Doblada of Team MTRT-Honda got the pole position and won the first MotoIR race this year, managing to overcome second placer Dustin Esguerra of Zebra-Pertua-MTRT Racing in the 12-lap race. Fastest lap time was also established by Doblada who clocked in 1 minute and 40.432 seconds. Esguerra on the other hand withstood the pressure from Romer Corbe of Gulf Racing who finished third after a close fight with the Zebra-Pertua-MTRT rider. Moto Tan’s Josh Reuben Tan came fourth. 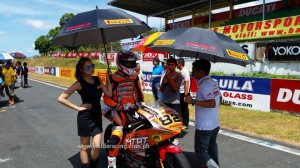 In the MotoIR2 class, McKinley Kyle Paz of Moto Tan Racing Team came on top despite having to start at the back of the grid as he was disqualified in the time trial. Paz crossed the finish line 26 seconds ahead of Replica Pro-Petronas’ Edmar Quiambao. Lone and first ever female rider in the championship, Jacq Buncio of Top1-YRS-MBF, clinched the third place while MotoIR2 polesitter Troy Alberto of Access Plus finished fourth after he overshot in the first lap but was still able to finish the race. Winner of the Shell Advance MotoIR Youth Cup open only to MotoIR2 riders 14-20 years of age was Jacq Buncio. 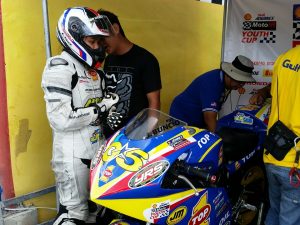 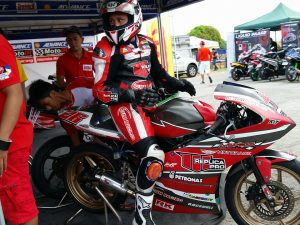 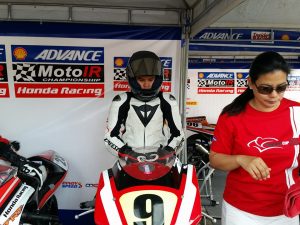 The race was sanctioned by the Unified Sports and Racing Association (USRA) for Motorcycles, Inc. a member of the Federation of Two Wheel Motorsports Association of the Philippines(FETAP).