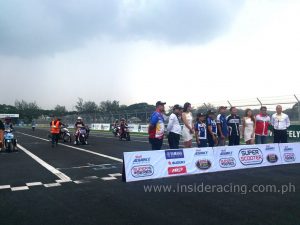 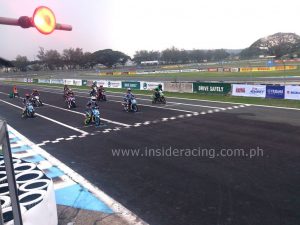 Despite ranking third in qualifying, Zebra-Pertua-MTRT-RK-MLW rider Dustin Esguerra from Taytay, Rizal brilliantly took the victory in the Super Scooter class of the Shell Advance Super Series’ second round held on May 22 at the Clark International Speedway in Pampanga. Yamaha-Spec V riders John Emerson Inguito and Aljon Valencia finished second and third in the 8-lap west course race. 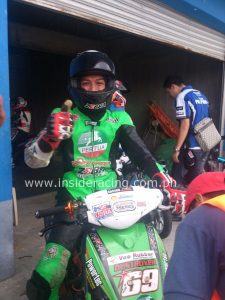 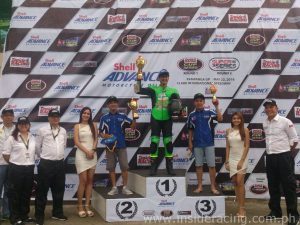 Dan Carlos of Yamaha MW 323 from Mindanao finished fourth followed by Yamaha-Phoenix-KOSO rider McKinley Kyle Paz. Vrei-ar Suba of KOSO was sixth, Garry Cañeda Jr. of Yamaha MW 232 was seventh while Vingie Coloma who also races for Yamaha MW 323 finished eighth. Masato Fernando of Yamaha Spec V who got the pole position of the race unfortunately suffered bike problems which slowed him down and resulted into a 9th place finish.

The Super Series is the first ever nationwide championship that gathers the best racers in Luzon, Visayas in Mindanao in a 7-leg series held in different racetracks and street tracks. It is presented by Shell Advance. The Super Series is organized by InsideRACING and The Racing Line. Race chairmen are Mr. Al Camba of InsideRACING which organizes the IRGP and IR Cup and Mr. Jong Uy of The Racing Line. The series is sanctioned by the Unified Sports and Racing Association for Motorcycles, Inc. (USRA). The Super Series is supported by Shell Advance, Yamaha, Suzuki and FDR.