The Ducati Lenovo Team scored an extraordinary one-two finish at the MotoGP Spanish Grand Prix, held  at the Jerez Circuit, where Jack Miller and Francesco Bagnaia took their Desmosedici GP bikes to the podium, finishing first and second respectively. 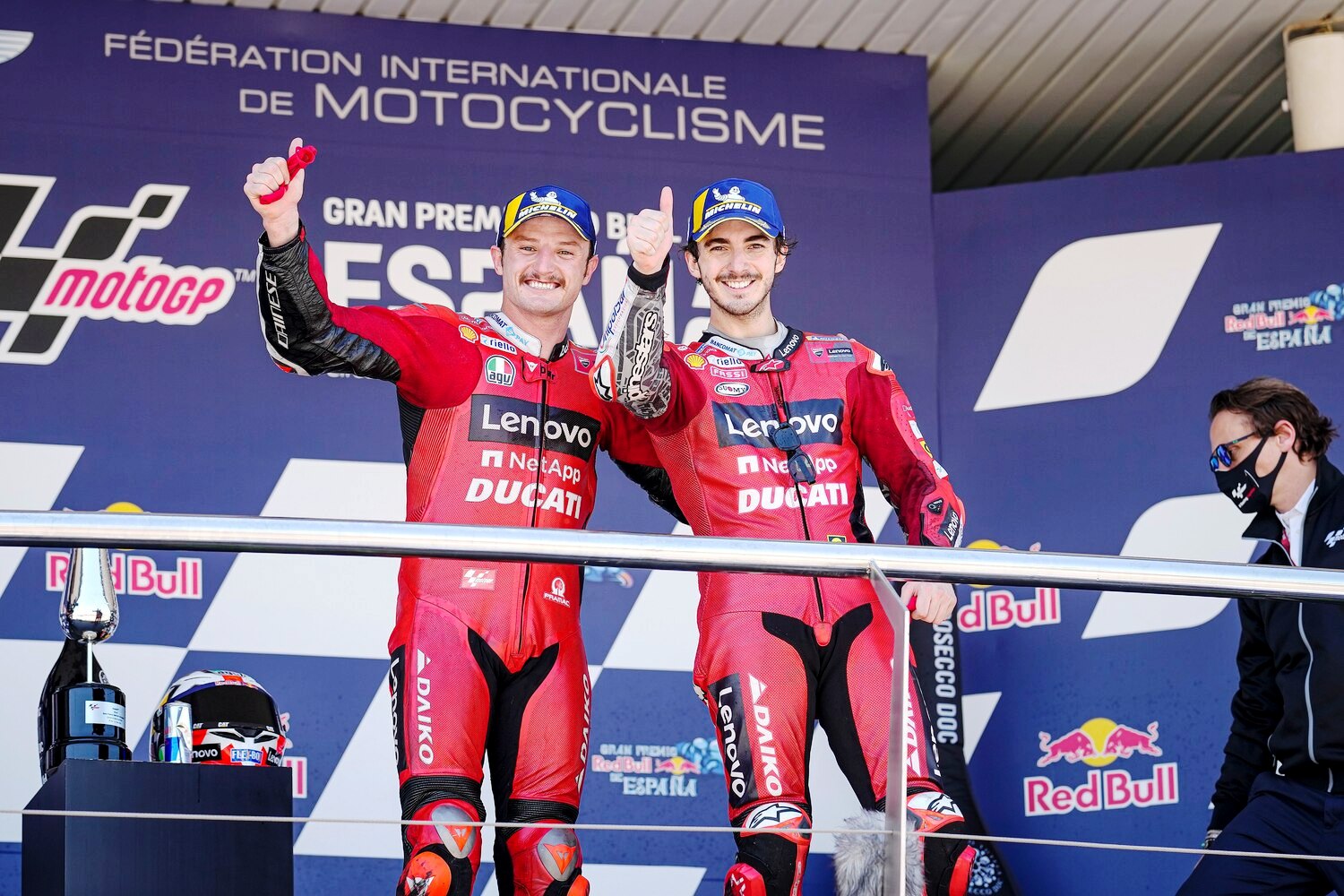 This is the second MotoGP success for the Australian rider, obtained at the end of a masterful race. Starting with the third fastest time from the front row of the grid, Miller took an early lead after the start but was passed by Quartararo on lap four and dropped back into second place. The Ducati Lenovo Team rider tried to remain close to the Frenchman and took immediate advantage of his difficulties towards the second part of the race as he continued to push, catching and overtaking him with ten laps to go. Miller crossed the finish line in first, giving Ducati its second win at Jerez de La Frontera since Capirossi’s last victory in 2006 and adding 25 points to his position in the overall standings, which currently sees him sixth. 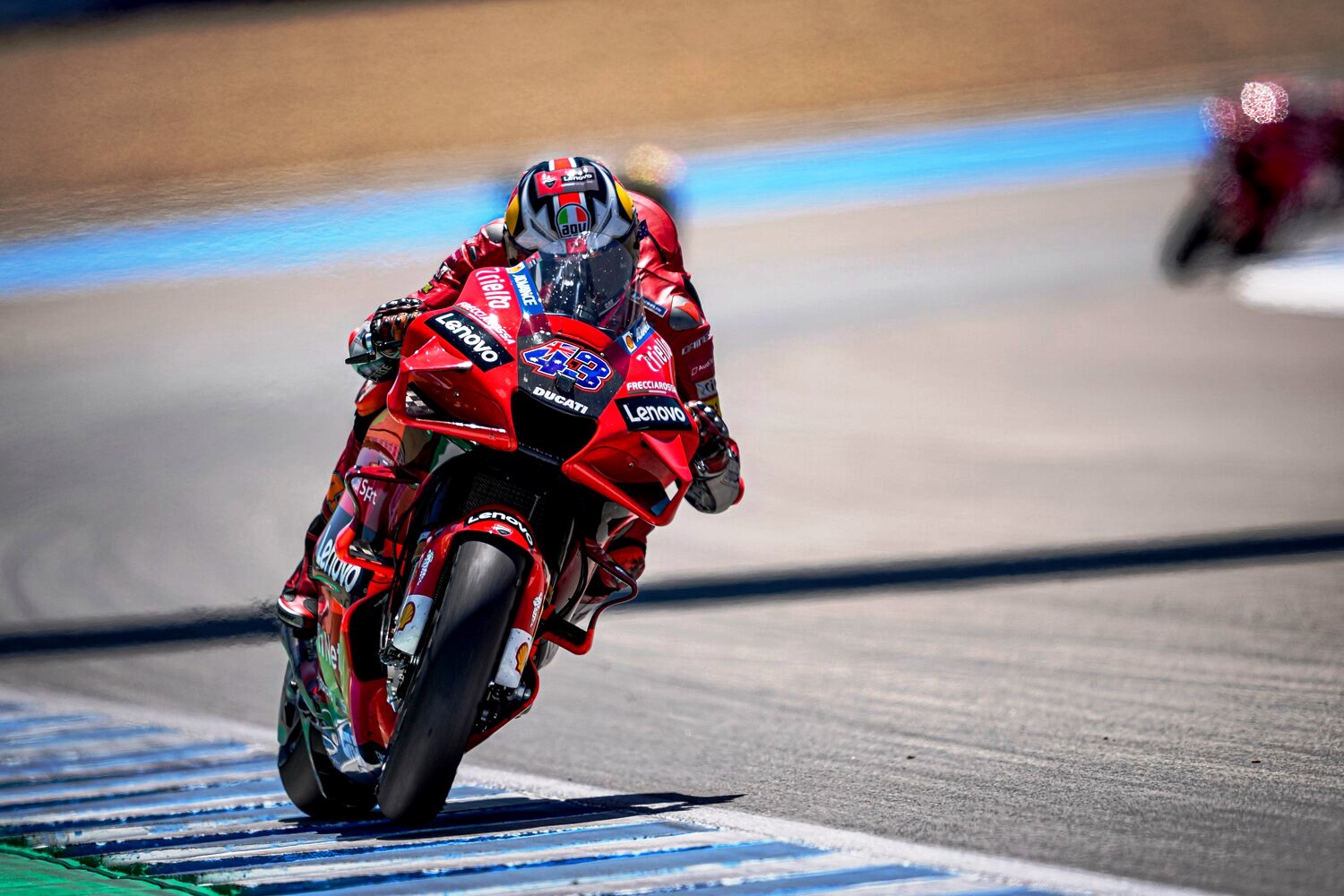 It was a great race also for Francesco Bagnaia, who started with the fourth fastest time. Third, on the first lap, the Italian had dropped back behind Aleix Espargaro and Franco Morbidelli, but thanks to a steady pace, he could catch both and pass them. On lap 18, Bagnaia finally got past Quartararo and took second place, less than two seconds behind his teammate Jack Miller.

Thanks to the result, Pecco now leads the overall standings by two points over Quartararo. Ducati and the Ducati Lenovo Team occupy second place in the manufacturer’s and team standings, respectively.

Jack Miller (#43 Ducati Lenovo Team) – 1st
“The last two weeks have been tough for me: I couldn’t trust myself and what I can do on the bike. When I saw Quartararo struggling, I thought I could try to take the lead, even though I wasn’t so confident that I could stay in the lead for so many laps. But finally, I did it and took my first win with Ducati. I can’t thank Ducati enough for giving me this opportunity. Wearing these colors is a dream come true for me, and it means a lot. Thank you, Gigi, Paolo, Davide, Claudio and the whole team for having always believed in me”. 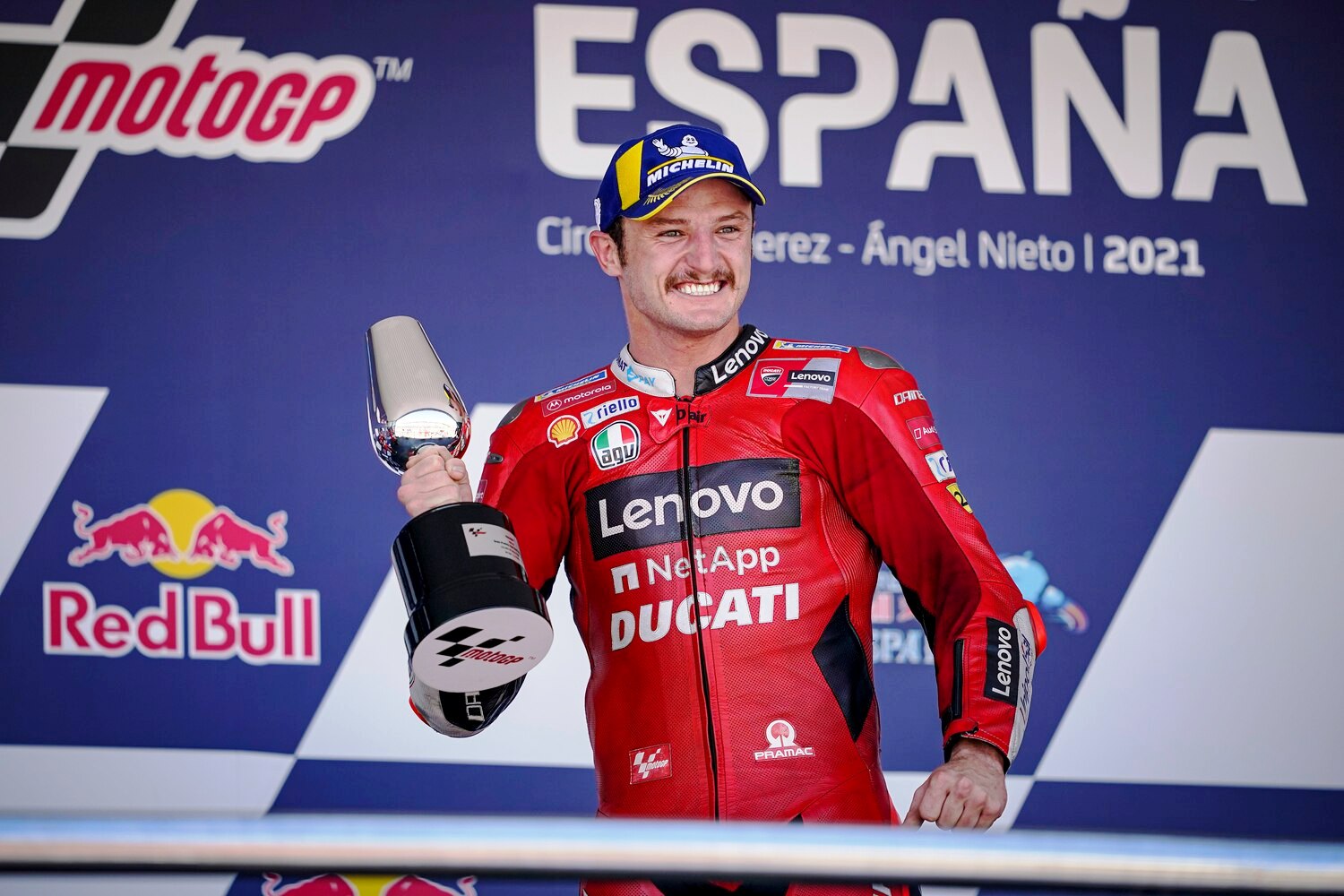 Francesco Bagnaia (#63 Ducati Lenovo Team) – 2nd
“In the race, I felt really comfortable riding the Desmosedici GP bike, thanks to the great work done with my team over the weekend. I started to push after the first four laps not to stress the rear tire too much: my pace was good and allowed me to catch up with my opponents and pass them. In the end, I was even catching Jack, but with two laps to go, I preferred to defend the second place. The result is really incredible, and I hope we can continue like this in the next races, which will be held on tracks favorable to our bike. We will have another day of testing, so we have to stay focused”. 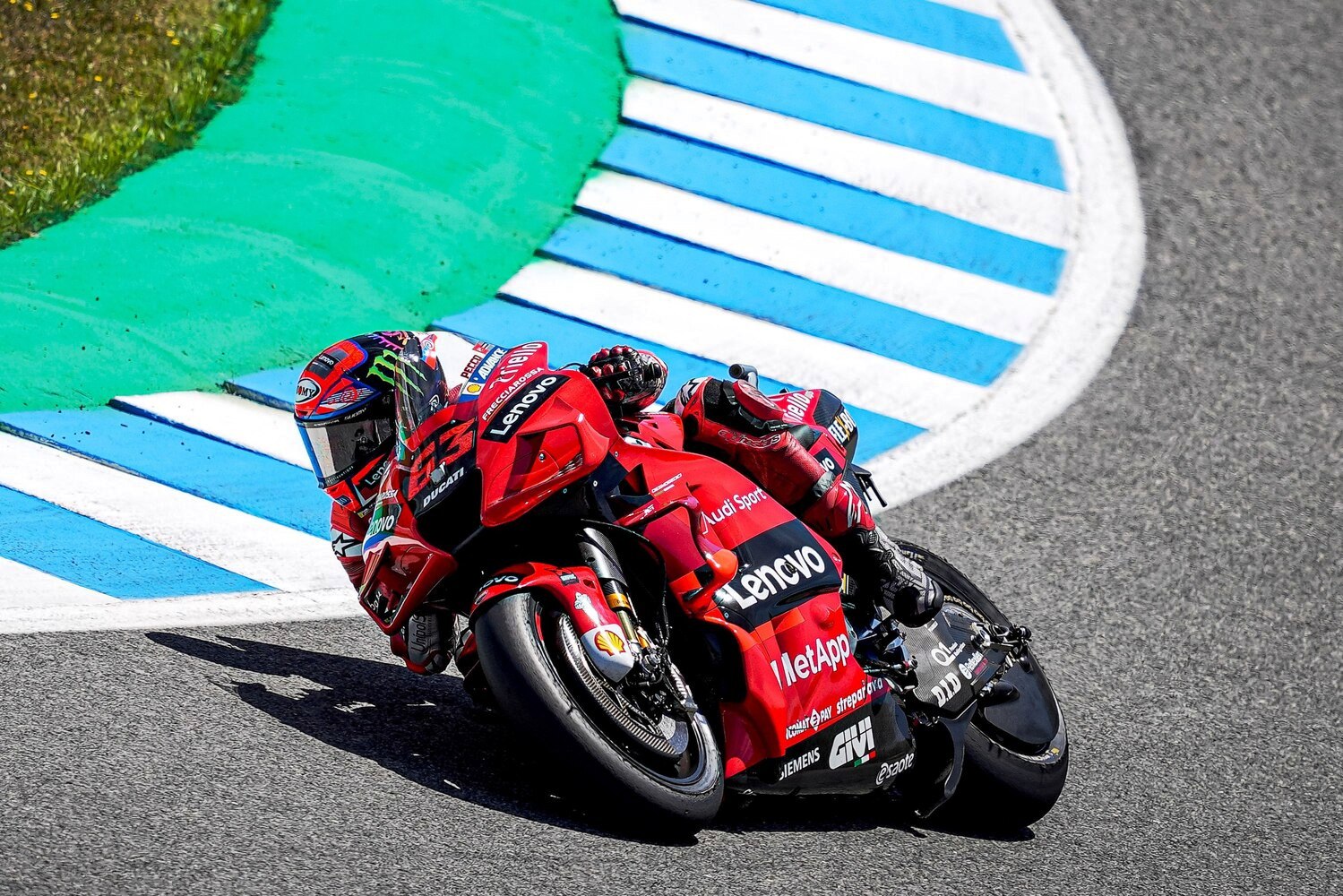 Luigi Dall’Igna (Ducati Corse General Manager)
“I think I’m the happiest person in the world right now: Jerez has always been a difficult track for the Ducati bikes, so to be able to finish first and second is crucial for us, especially from a technical point of view. Both riders had a sensational race and were fantastic. They knew how to run a mature race: Jack kept a good rhythm and perfectly managed the race, while Pecco did an incredible performance, ending second and taking now the championship lead. Congratulations to both of them, to the team and all of Ducati Corse”. 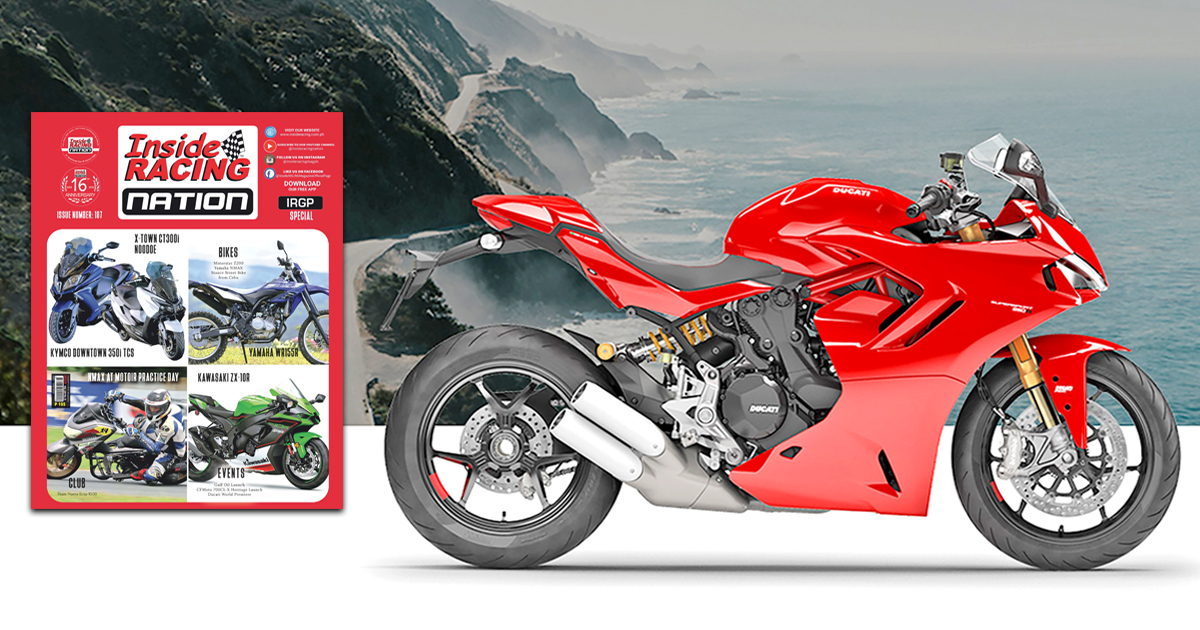