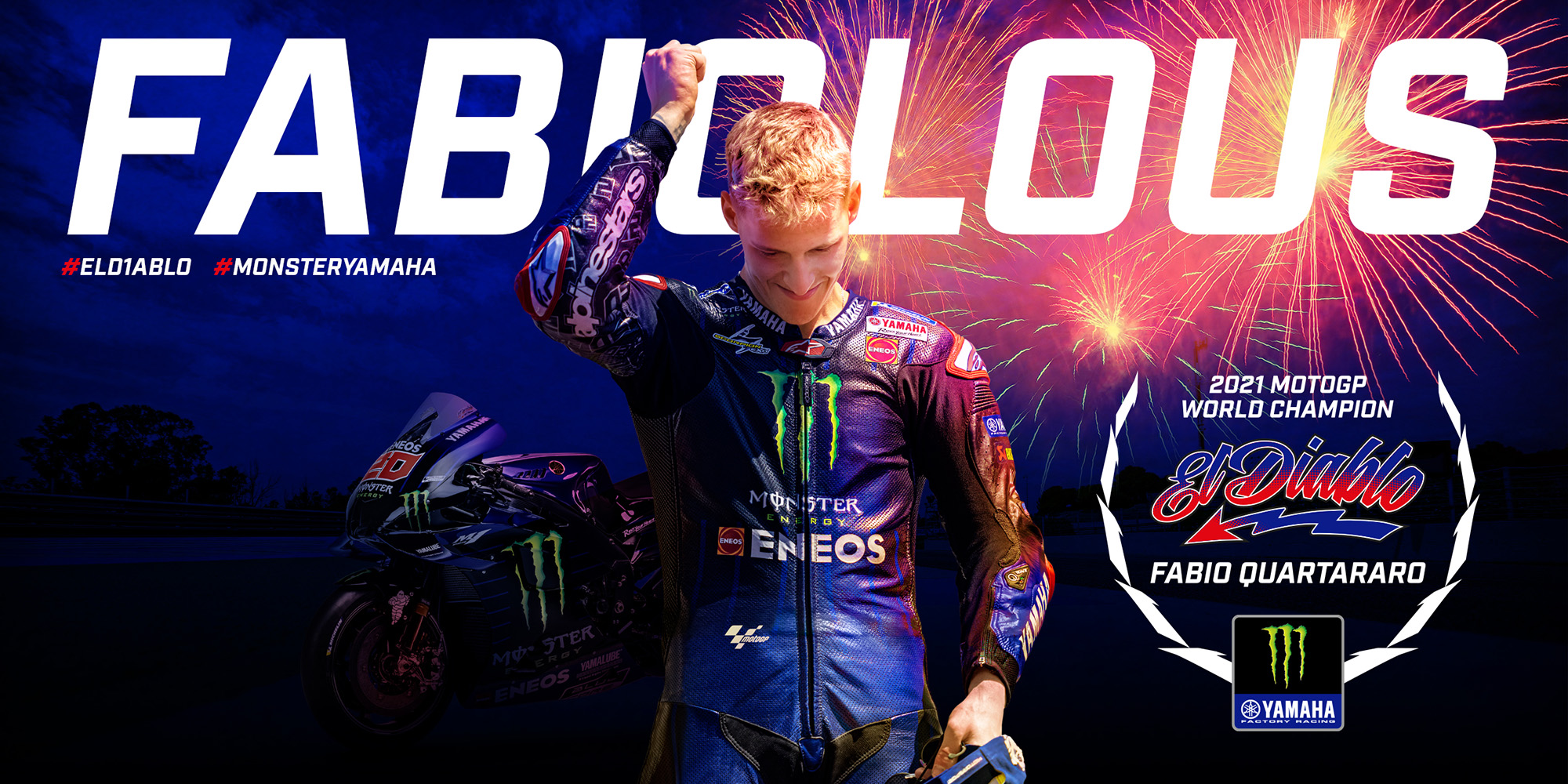 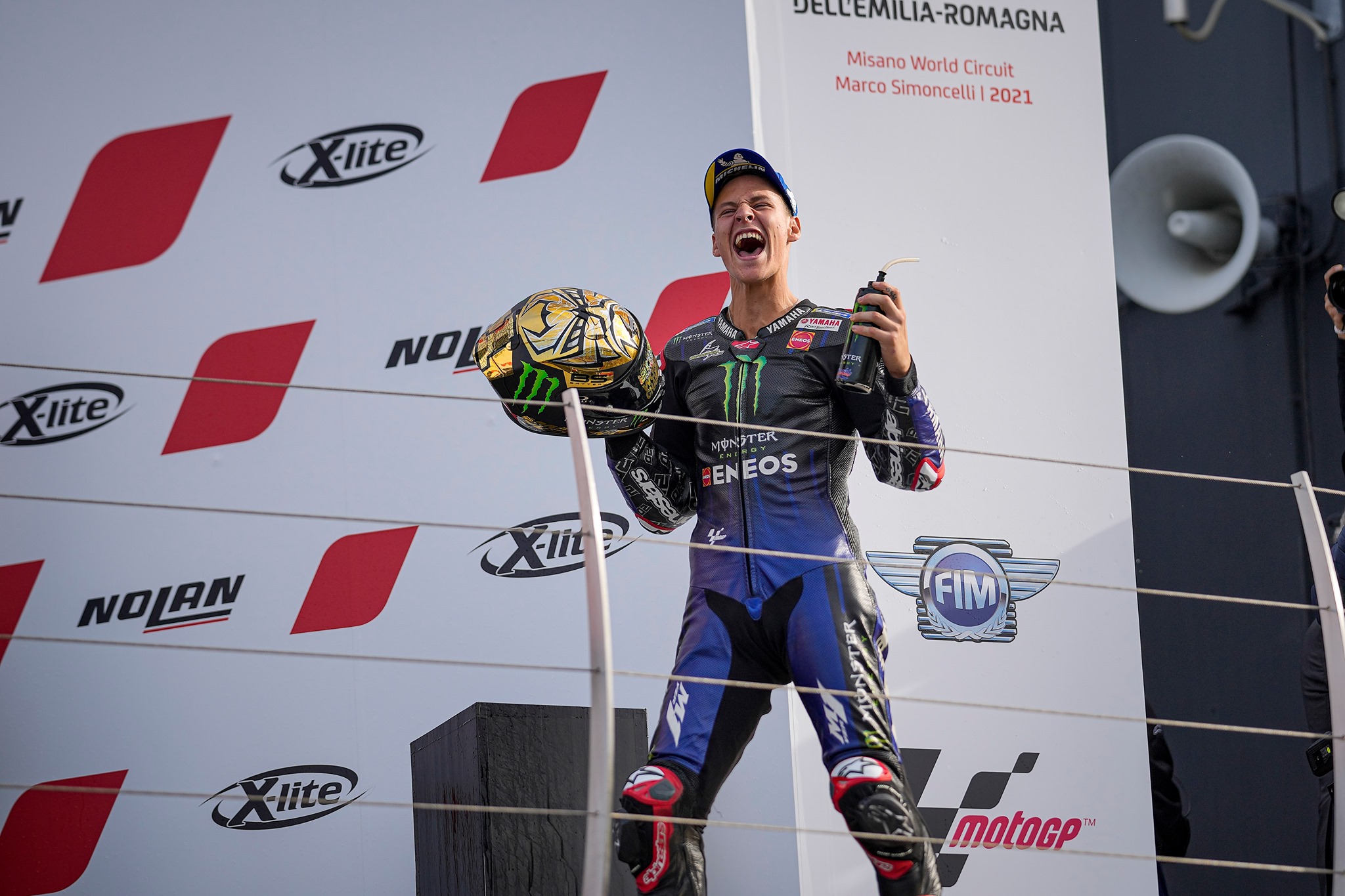 Quartararo showed he meant business early on in the season. From an opening Factory debut fifth place he went on to take a brilliant win at the second round in Qatar (Doha GP). He showed it wasn‘t a fluke at the next round, the Portuguese GP. Though the Frenchman had to cope with sudden Chronic Exertional Compartment Syndrome (CECS or ’arm pump‘) at the Spanish GP and a subsequent surgery, he didn‘t let it hold him back. He went on to score eight more podiums (French GP, Italian GP, German GP, Dutch GP, Styrian GP, British GP, San Marino GP, and the Americas GP), including three wins (Italian GP, Dutch GP, and British GP). 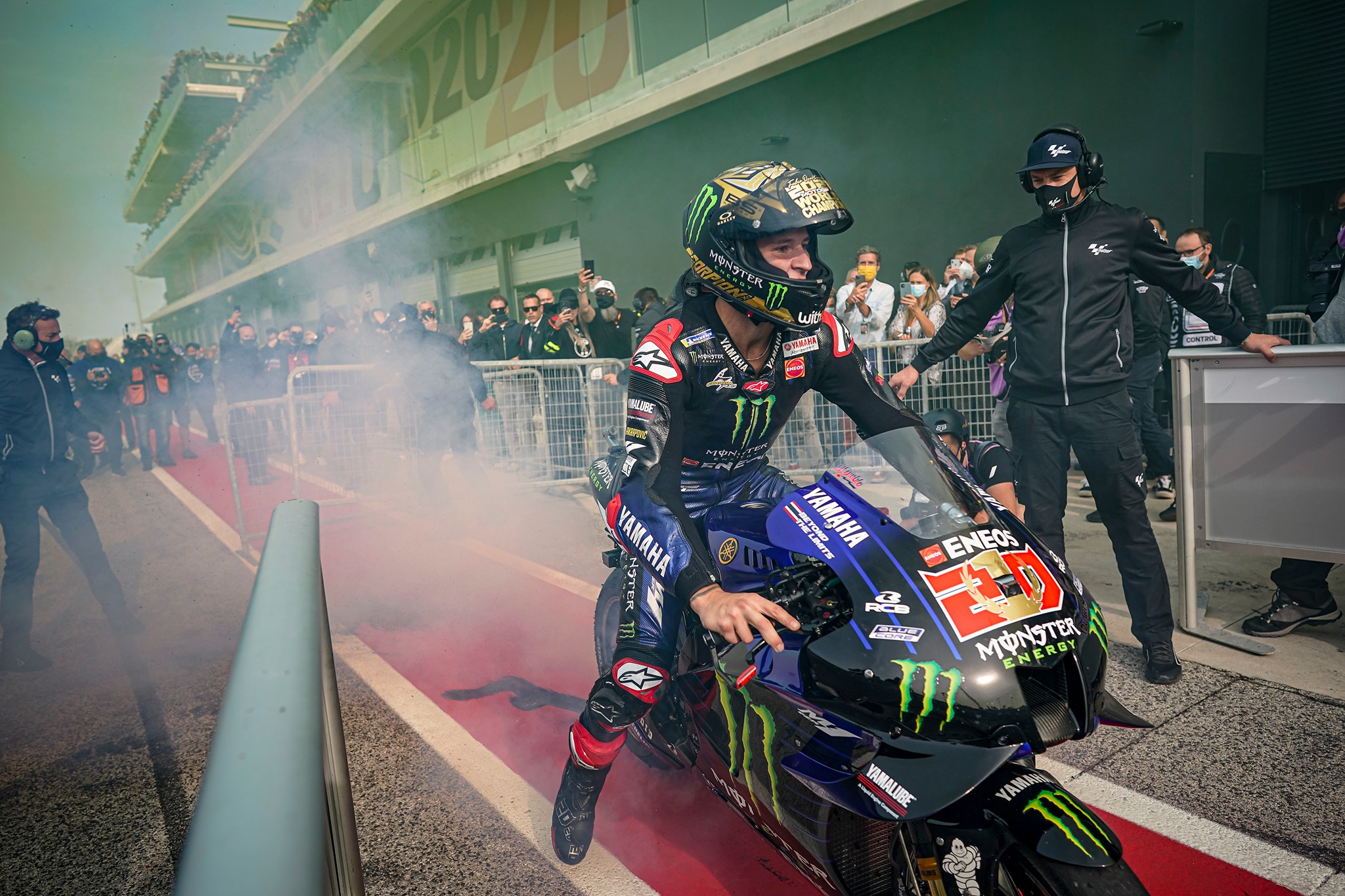 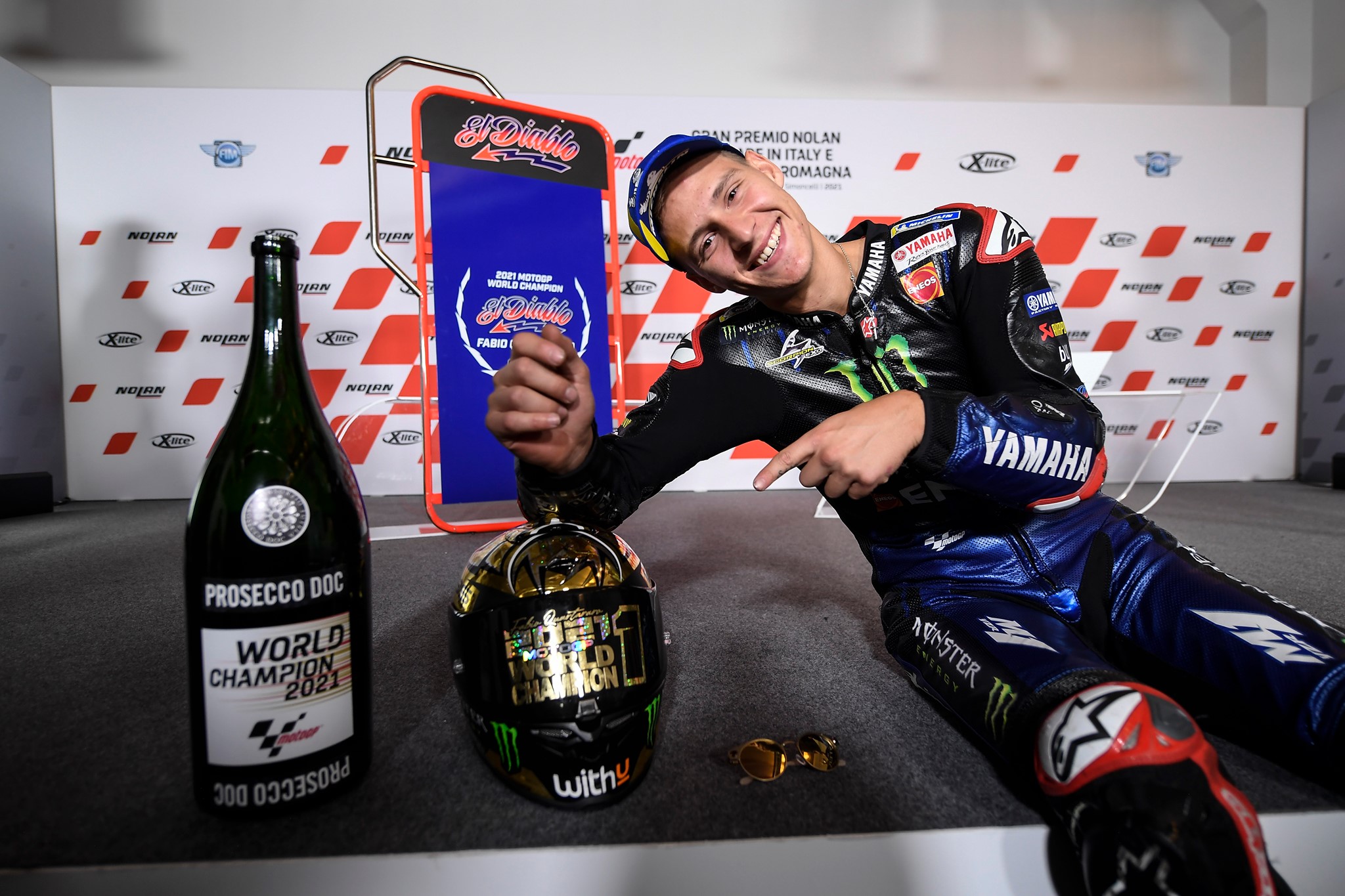 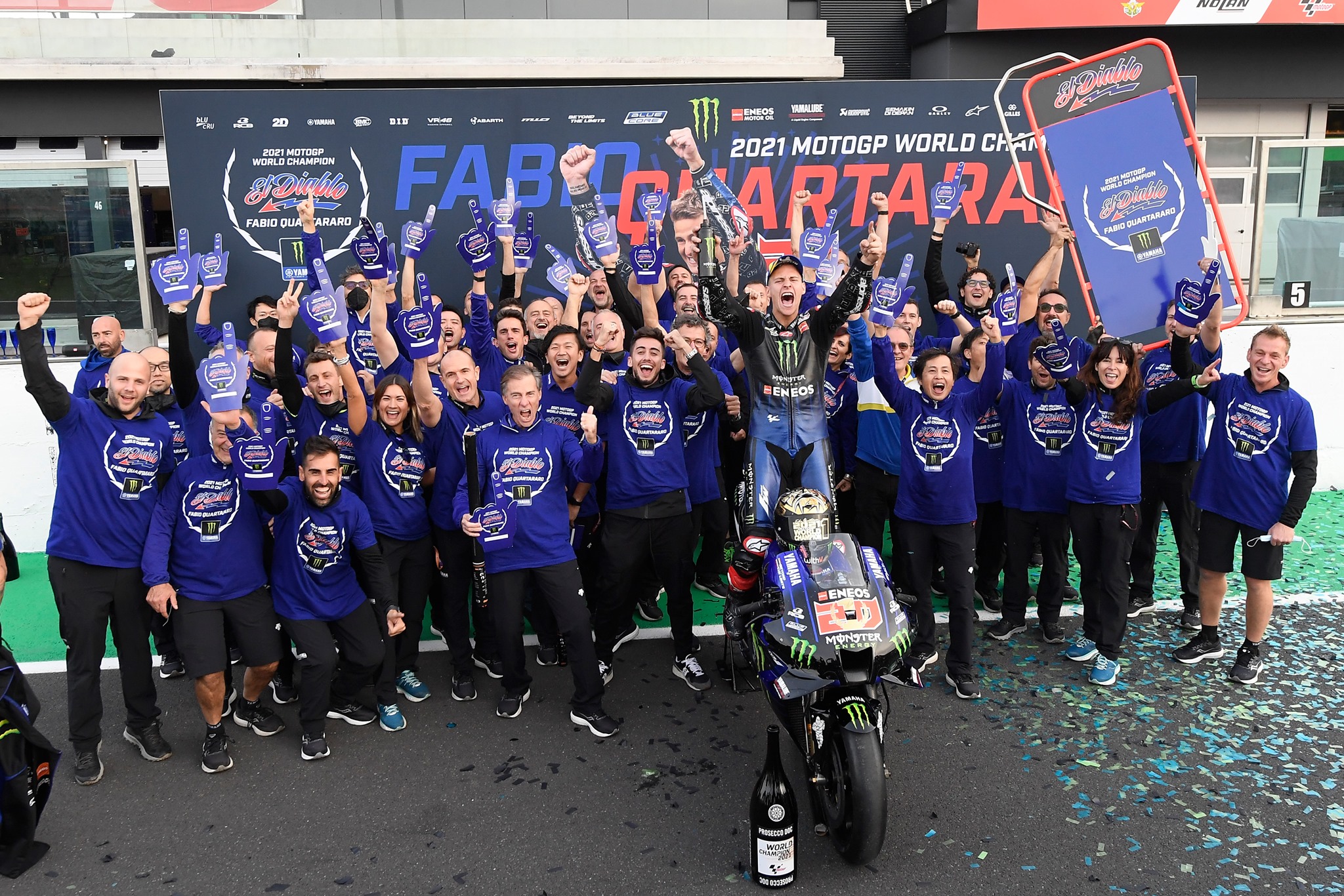 Quartararo‘s achievements combined with his teammates‘ efforts have also helped keep both the Monster Energy Yamaha MotoGP Team and Yamaha in contention in this year‘s Team and Constructor Championships with two rounds remaining. Quartararo and Franco Morbidelli (his former teammate in 2019 and 2020 with PETRONAS Yamaha SRT) reunited at the 2021 San Marino GP in the Monster Energy Yamaha MotoGP garage and are keen to fight down to the wire for the Team and Constructor Titles until the last MotoGP round in Valencia. 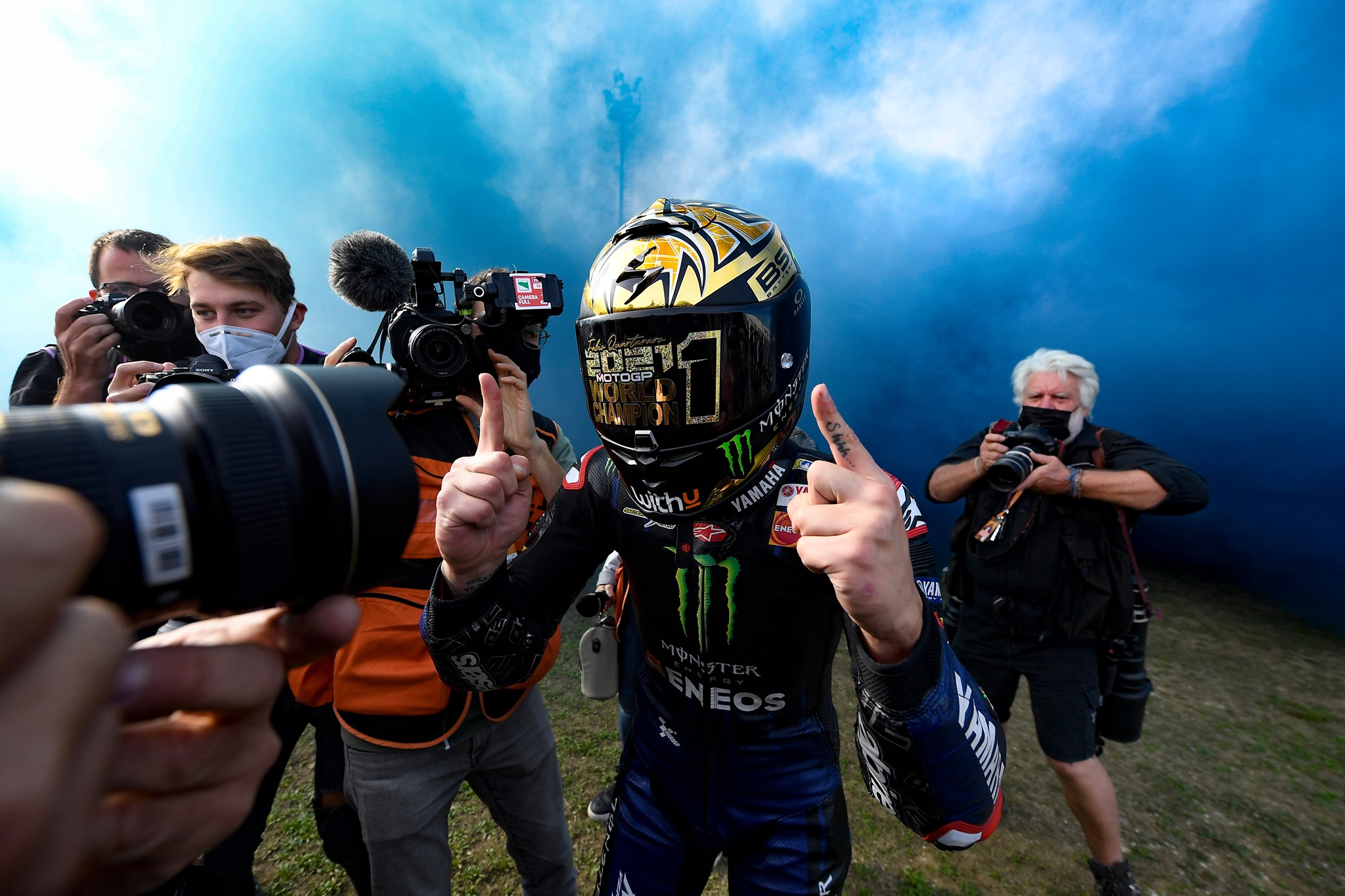 Fabio Quartararo: “I still can’t believe it! I can’t even talk… It feels amazing. Right now, I’m living the dream! It feels good to also have my family with me, and we will enjoy this a lot tonight and until the end of the season. Of course this was not the way I wanted Pecco’s weekend to end, but I’m happy he’s okay. Now we are the World Champion. I have no words and I have no more liquid left in my body to cry. It feels so good, but I can’t even describe what I’m feeling right now. To be on the podium with a big part of my family and my family from the circuit – I have no words. MotoGP has been going on for quite a long time. To be the first Frenchman to win it is amazing. I’m also happy for Yamaha. Since 2015 they didn’t win a title, and we won it again. It’s an amazing feeling!” 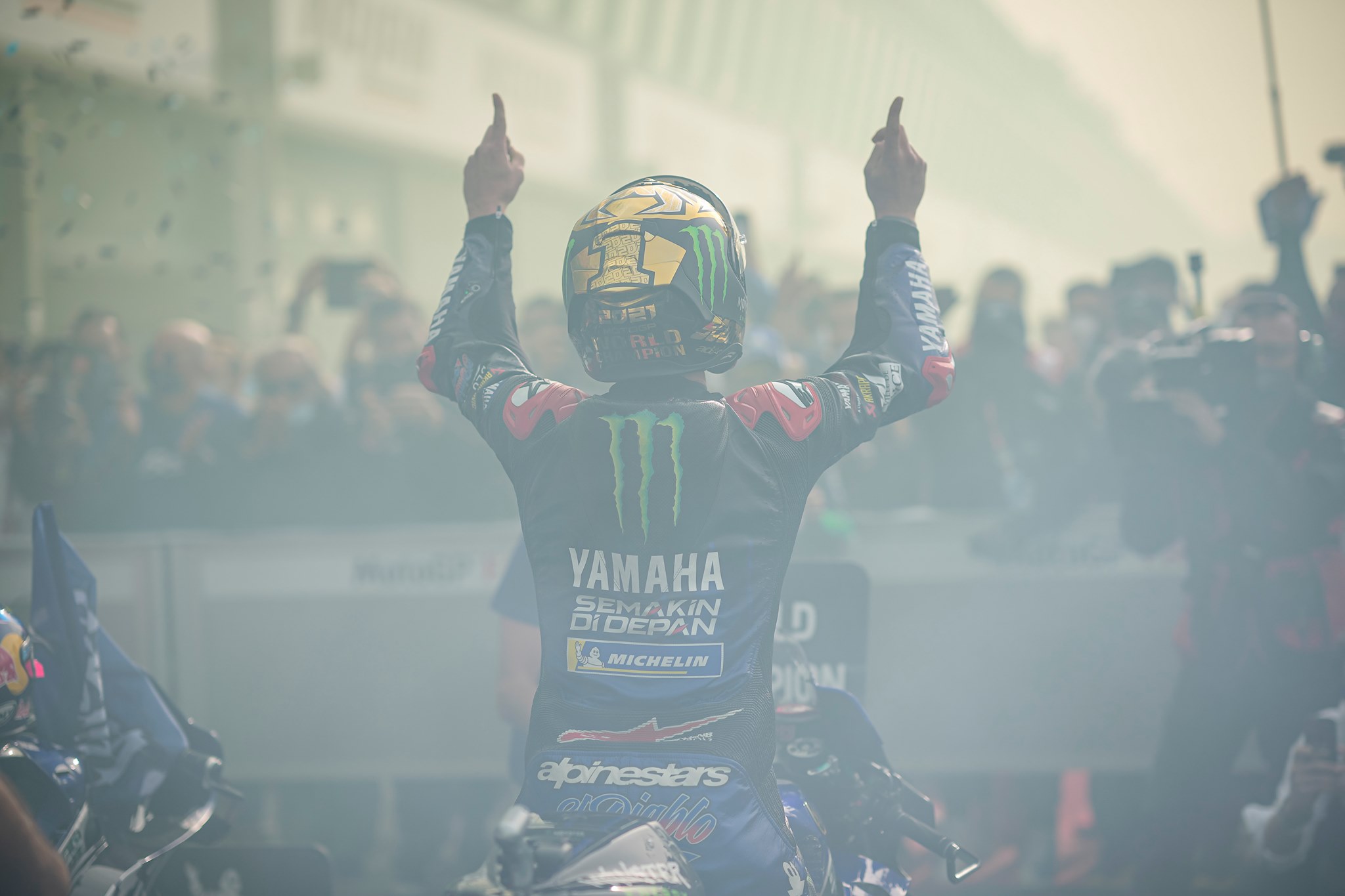 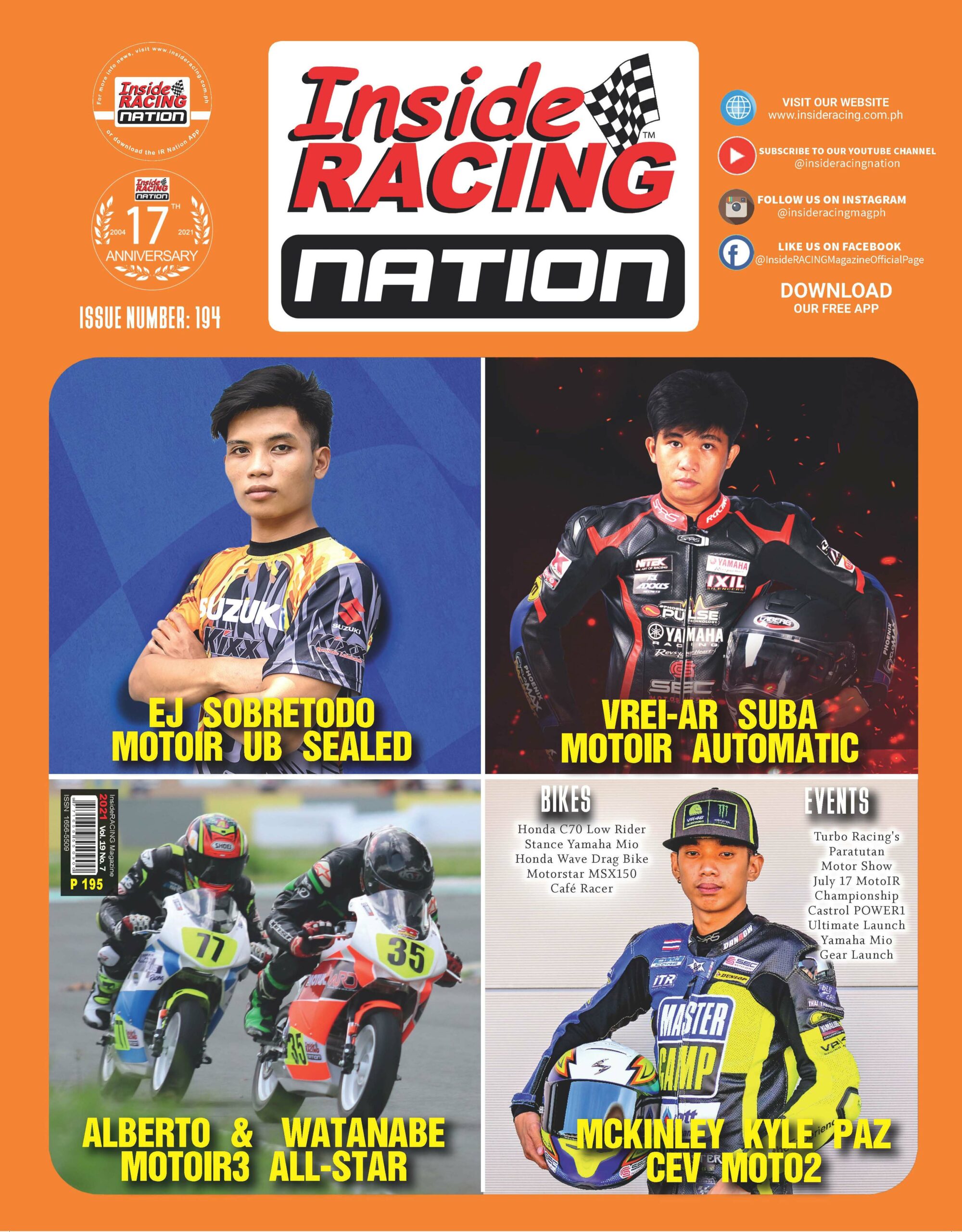