Aris Cuevas gears up to represent the Philippines in Mongolia riding competition. 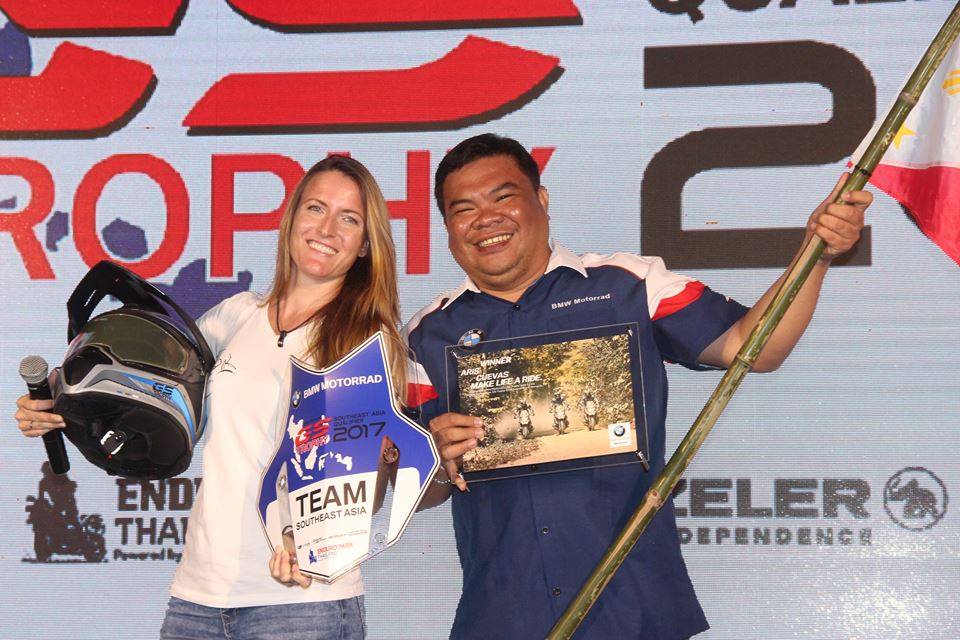 For the first time in the BMW Motorrad GS Trophy International history, a Filipino rider will be joining as one of the official members of the Southeast Asian team. Aris Cuevas clinched the top spot in the 2017 GS Trophy Southeast Asia qualifying round, held last September 2, 2017 in Thailand. Along with two other champions from Thailand and Malaysia, the Southeast Asian team will be competing against riders from various countries at the BMW Motorrad GS Trophy International 2018 in Mongolia.

Cuevas and fellow Filipino riders Derrick Itchon and Leother Valderama were among 30 participants who went head to head at the 2017 BMW Motorrad GS Trophy Southeast Asia Qualifier. The Philippine delegates were placed in three separate teams with 2 riders from Thailand. They then vied for the pole position in intense riding challenges against 7 other teams including an all-female contingent.

While Cuevas and his team endured action-packed activities that heavily tested teamwork, navigation, technical skills, and riding competency, the most formidable stage for all riders was the individual riding challenge. The individual matches took place after a number of morning competitive events wherein 15 out of the 30 participants emerged as qualifiers.

Cuevas was selected as the only Filipino to progress to the next challenge while Itchon and Valderama were bested by stronger contenders. After heated trials, Cuevas finished with 137 points and triumphed to claim a coveted spot in the 2018 Southeast Asia GS Trophy Team.

The BMW Motorrad GS Trophy International is the most adventurous competition for riders from across the globe. Teams will battle it out in intensive daily stages and numerous special challenges that will not only push riding skills, agility, fitness, and team spirit to the limit, but also help build a stronger community committed to making life a ride.

Words and Photo by BMW