It was time to recognize the top finishers of this year’s Motorally and most of the participants took the time out to attend the awarding ceremony held at the Wheeltek office in Buendia. Out of the 166 participants, a total of 41 were awarded Elite finishers certificates in this year’s edition of Motorally. These are the fine men and women who finished the 1600 kilometer challenge in less than 24 hours. The huge jump of this year’s number of elite finishers could be attributed to the improvement of the competitors’ rising skills and to the more rider-friendly route of this year’s edition as compared to last year when there were only 16 who made it, with some having almost a buzzer beater conquest. The others who finished within a time of 30 hours were also awarded finisher certificates. ATAT’s Amarjit Sanghera made a strong claim once again as the “King of Endurance” as he bested all other en route to being the first to finish the route in a very fast 15 hours and 30 minutes – well over 100 kph average speed. Congratulations once again! 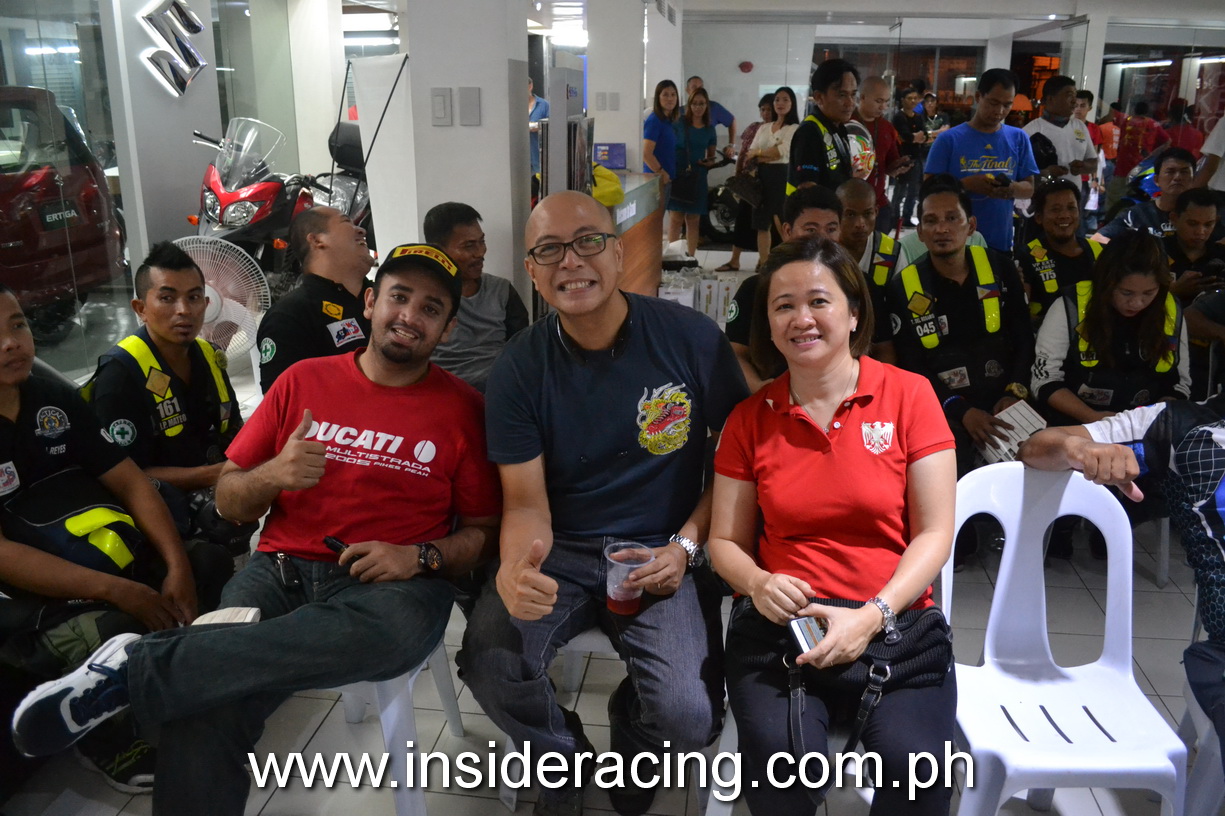 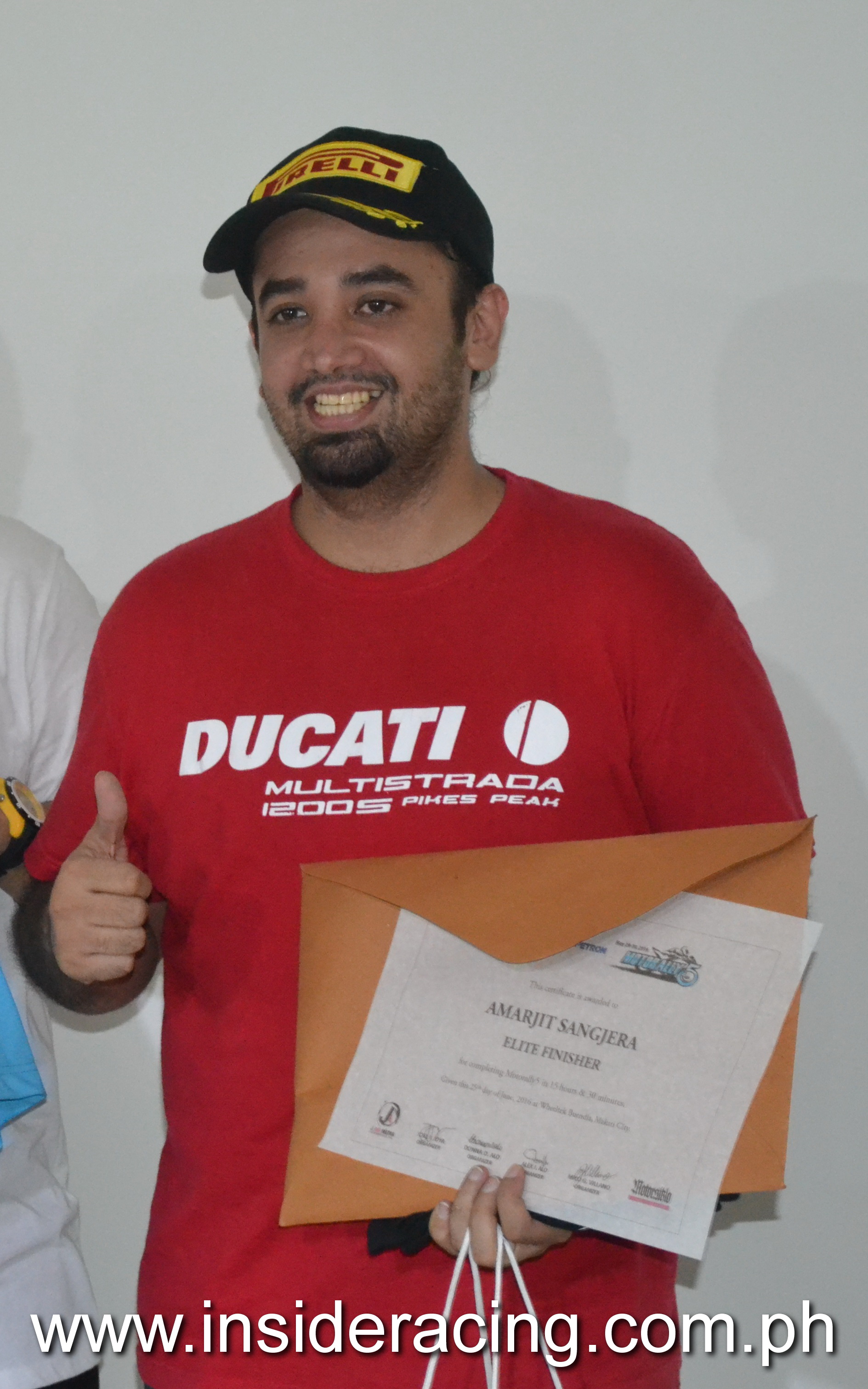