First 2,000 spectators will get these FREEBIES! Other IRGP Details

A record crowd is expected to watch a record field of competitors on November 24 at Clark.

Get Ready for the Action, Drama and Glory on Two Wheels!

A record 133 entries from 82 riders including riders from Indonesia, Thailand and Malaysia will compete in the highly anticipated Thirteenth Annual InsideRACING Grand Prix (IRGPXIII) to be held on November 24 for the first time at Clark International Speedway (CIS) in Pampanga.

Dubbed “The New Challenge To Be Number 1” , these are new high numbers compared to just 120 entries from 66 riders at last year’s farewell race for the old Carmona Race Track. 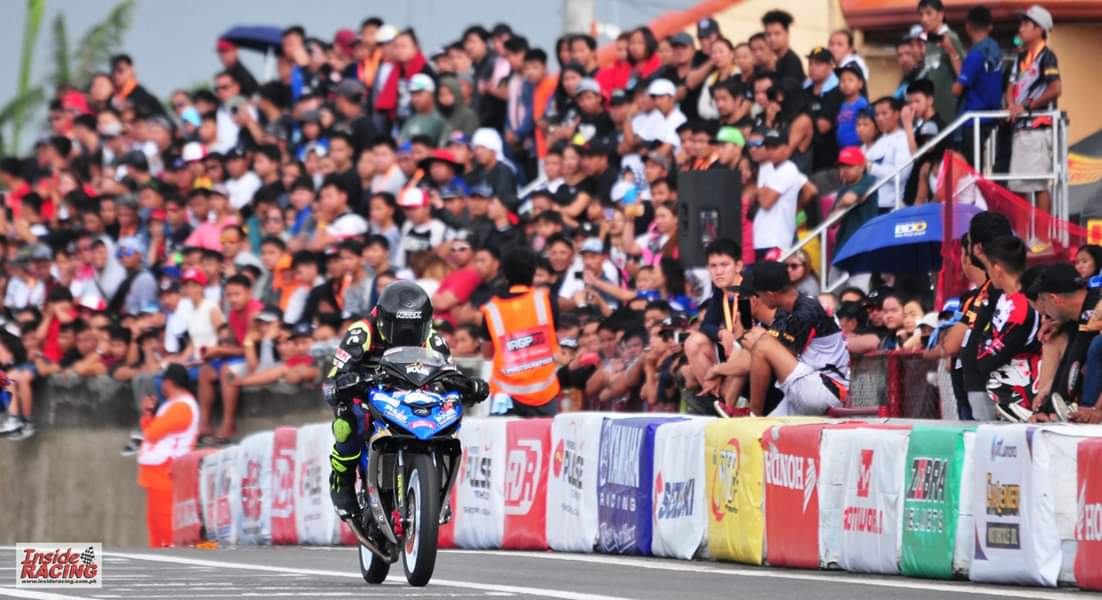 The IRGP is considered the biggest motorcycle road race event in the country catering to small bike models (underbones, scooters and sportbikes) that the local industry sells .

Its goal is to create a “Grand Prix race experience” for Filipinos to enjoy and participate in. Every year, IR aims to elevate the level of organization, race operation and promotion of the IRGP event in the hope to bring the colors, magic, passion, drama and excitement that only GP racing can give to the Filipino enthusiasts and fans.

After 12 years, we believe IRGP has achieved its goals and have inspired many riders and teams and a few organizers to level up their games. However, IRGP will continue to move forward every year. 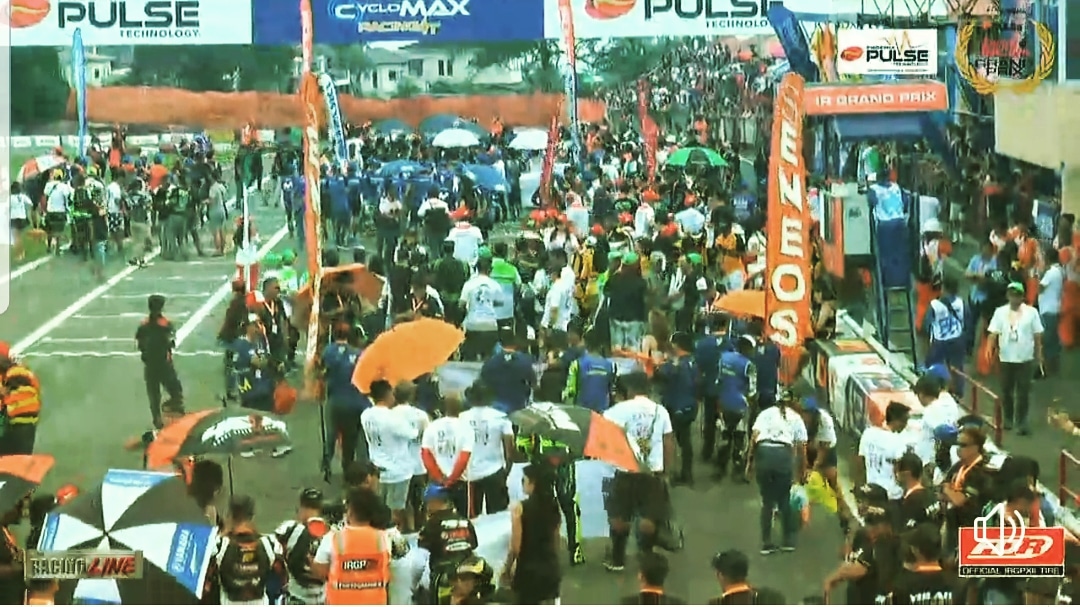 In addition, it is also an annual end of year celebration for the local motorcycle sports industry and is usually attended not only by top Pinoy racers but also leading manufacturers and suppliers whose brands are related to performance and quality.

It is where associates, friends and rivals come together to enjoy their passion of racing. IRGP’s other goal is for the industry and the community to end on a high with good spirits regardless of what happened in the year so that everybody is inspired and energized for the following year. 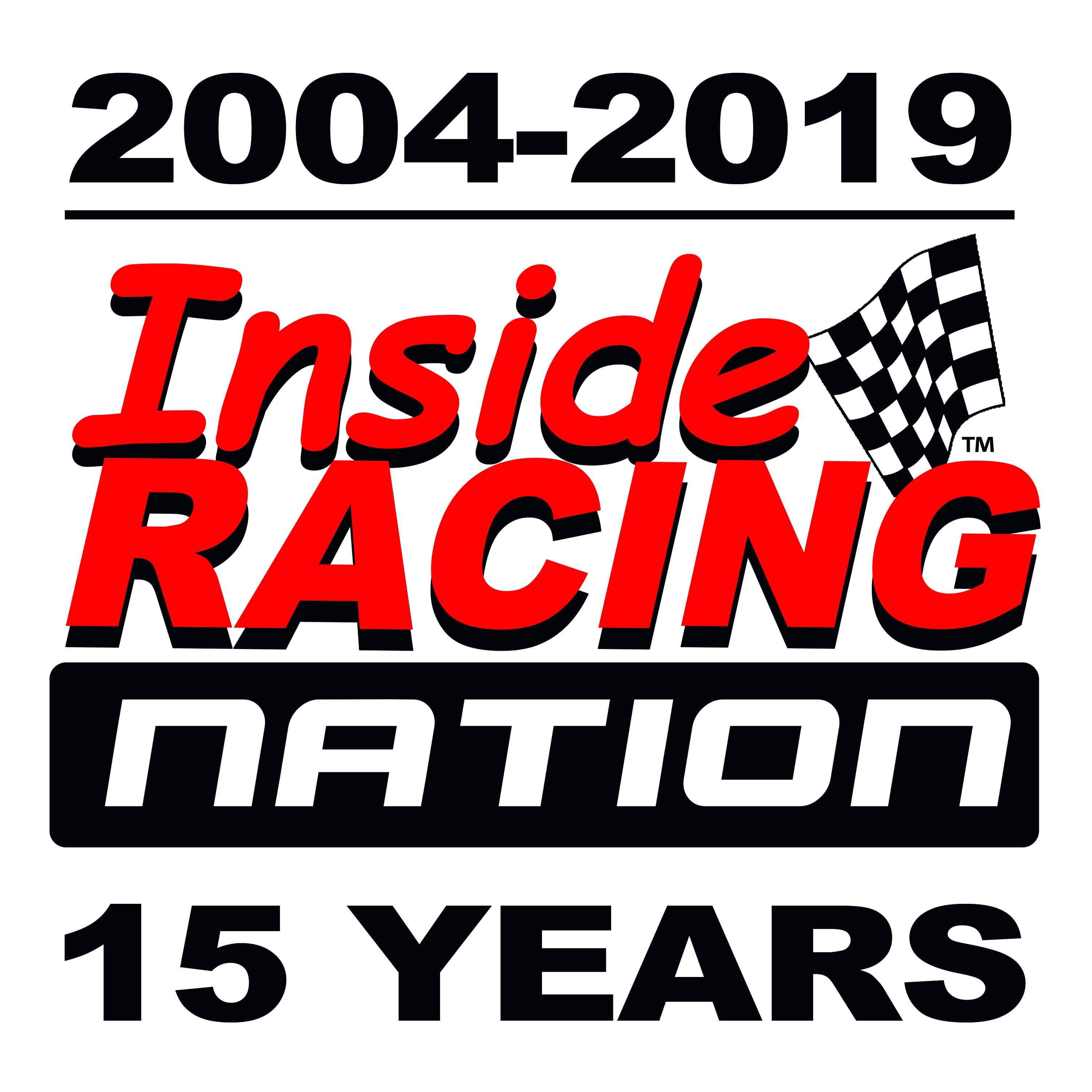 The IRGPXIII this year will also celebrate InsideRACING magazine’s 15th year anniversary in 2019.

The IRGP is the concluding event of IR’s Nationwide 15th Anniversary Event Tour that started at the IR Bike Festival and Trade Show at the World Trade Center in March.

After which, the IR team held different events and races across the nation to promote the motorcycling lifestyle including Batangas, Quezon City, Rizal, Cebu City, Bacolod City, Cagayan De Oro City, and Pampanga. 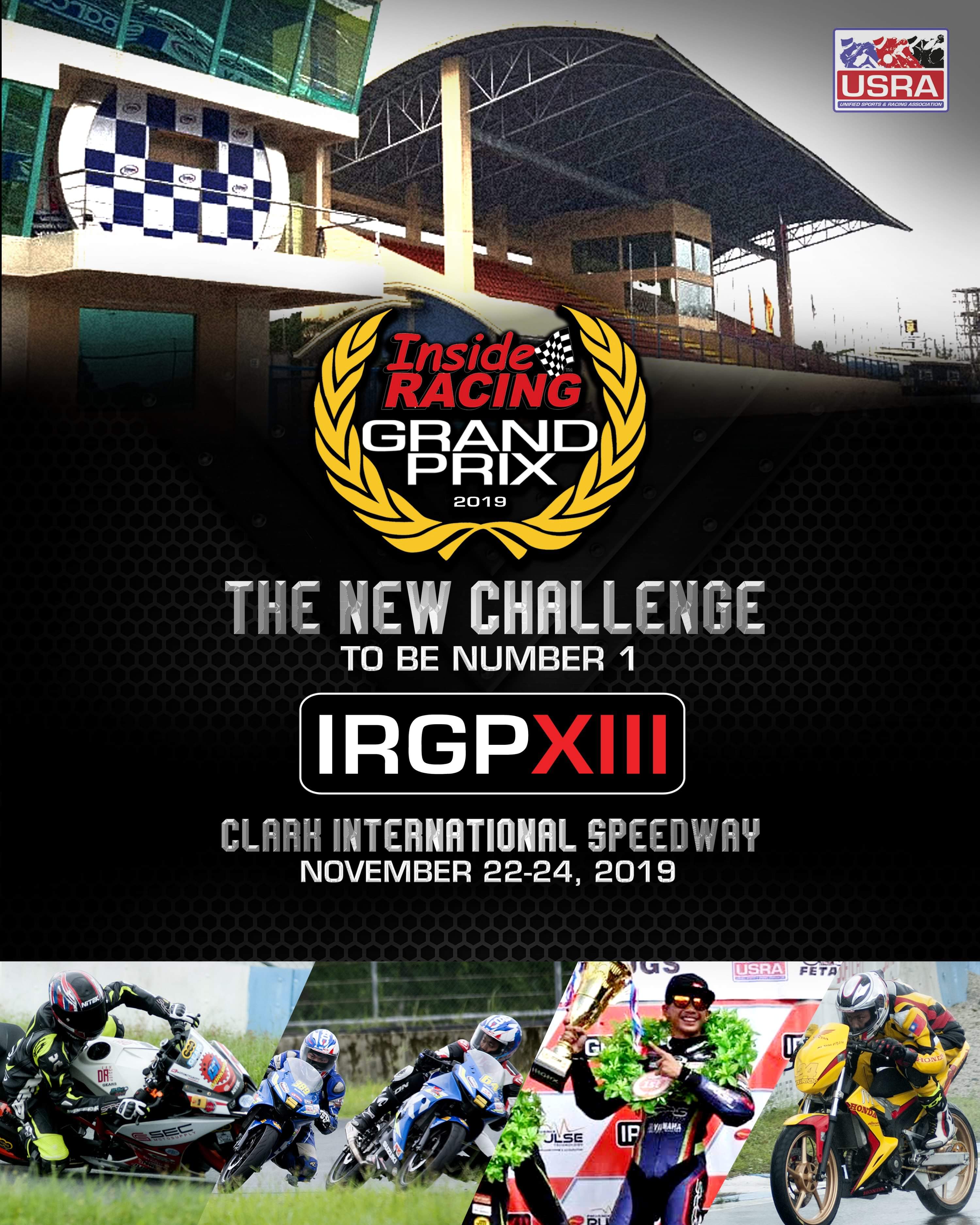 The New Challenge To Be Number 1.

This year’s race will also hold the biggest IRGP EXPO which will offer discounts on gears, accessories and parts as well as freebies to those who will attend.

IRGPXIII will be held for the first time outside the Carmona Race Track, its home for the past 12 years. Though the event will move from the South to the North, fans and teams are excited that the big event will finally be held in the country’s best and biggest racing facility. 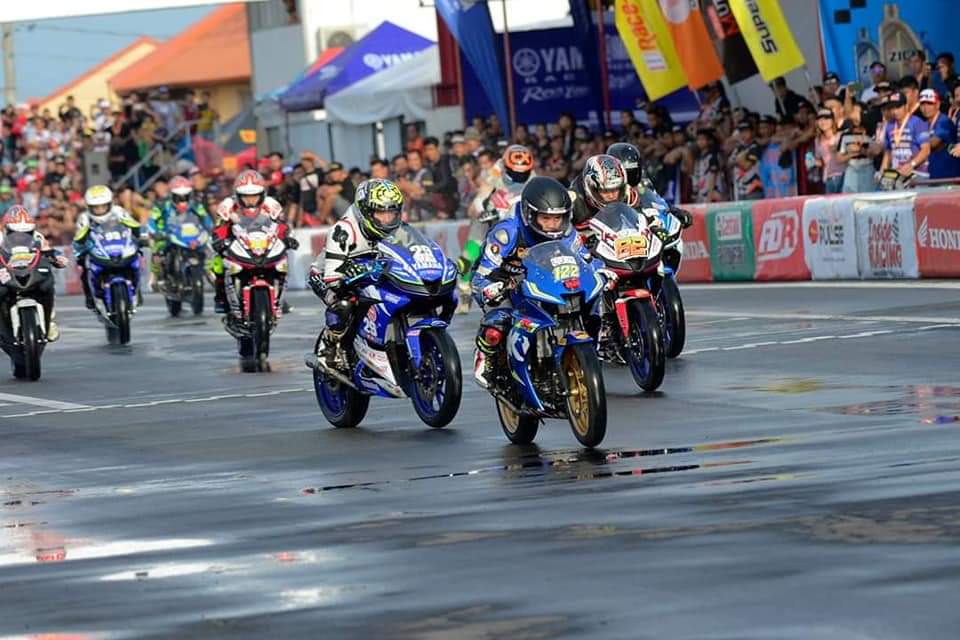 Fans from the North will finally know the IRGP experience!

It is also a great opportunity for fans and enthusiasts from the Northern areas like Bulacan, Pampanga, Tarlac, Nueva Ecija and Zambales to finally experience the magic if IRGP. We have worked closely with the Pampanga Motorcyclist Federation (PMF) and other motorcycle clubs in the area to ensure that riders in the region will be properly informed. 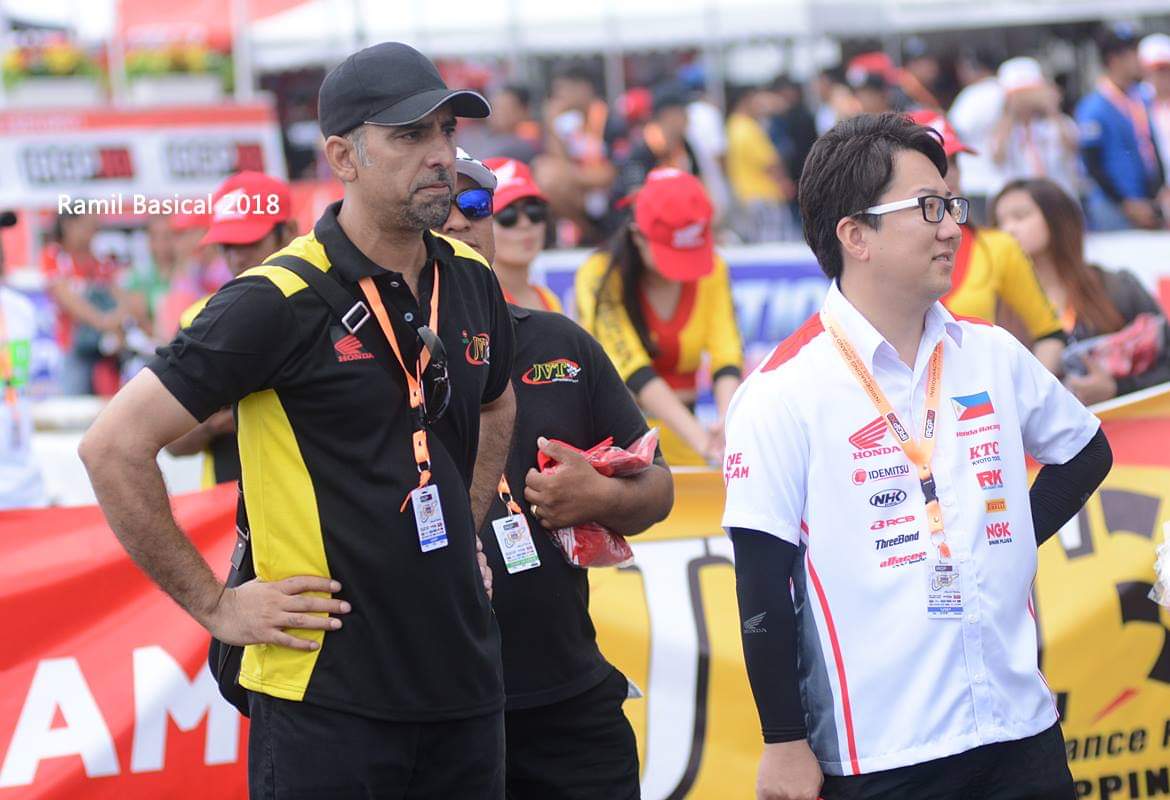 IRGPXIII will run the 1.9 kms West Course, a layout that has not been used for more than a year, making it a level playing field and provide unpredictability as none of the entered IRGP teams and riders have raced on the course recently with current machines and tires. This ensures excitement at the races.

The CIS West Course will be 100% in full view from the grandstand.

Traffic and parking will not be an issue as motorcycles will have priority parking on safe and concrete parking lots. 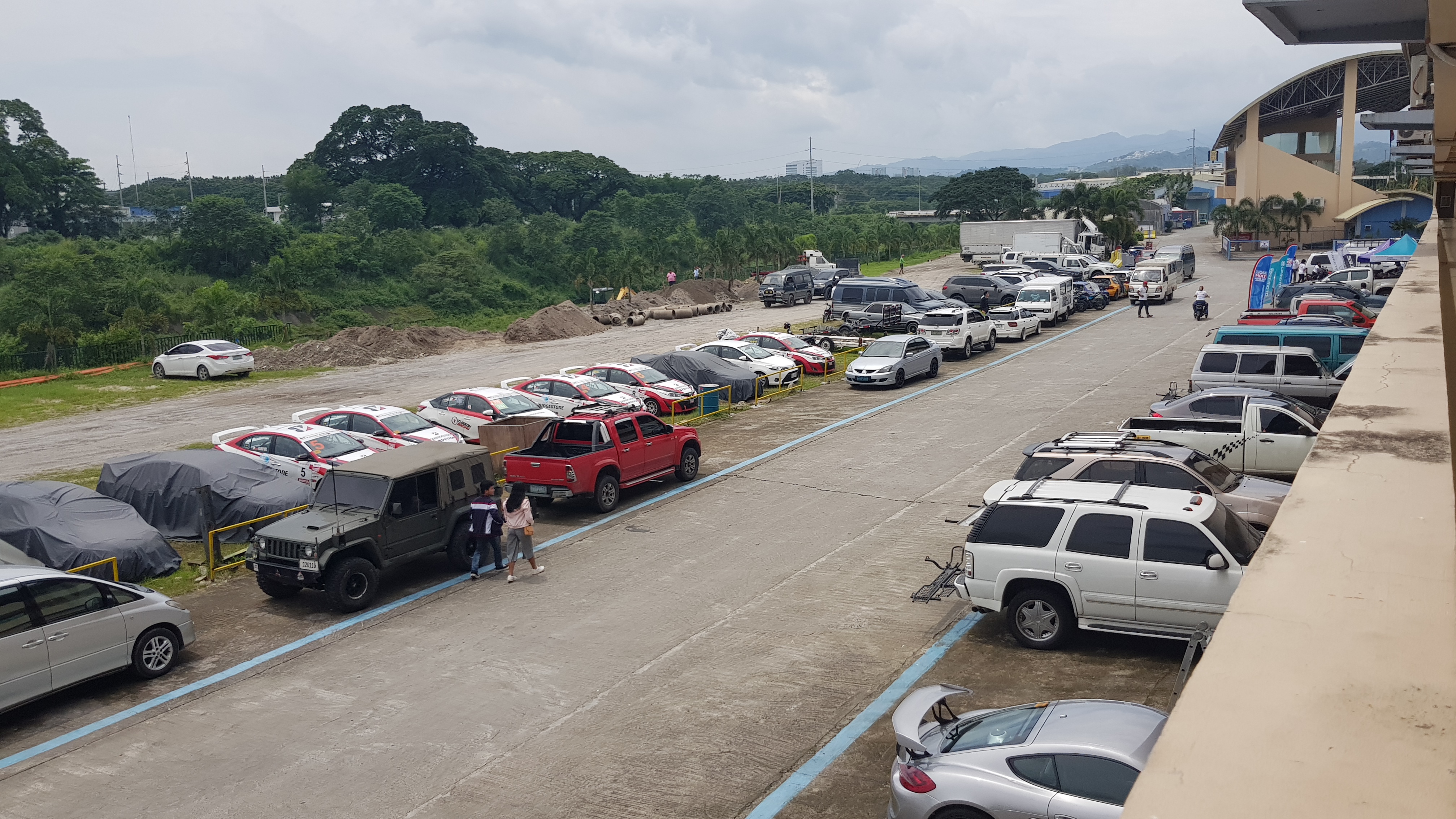 Massive space for parking. Motorcycles will have dedicated areas.

More importantly, CIS will have a big comfortable grandstand with a roof that can accommodate the thousands of fans who will flock to the event on Sunday. The whole race can be viewed in comfort by the spectators! 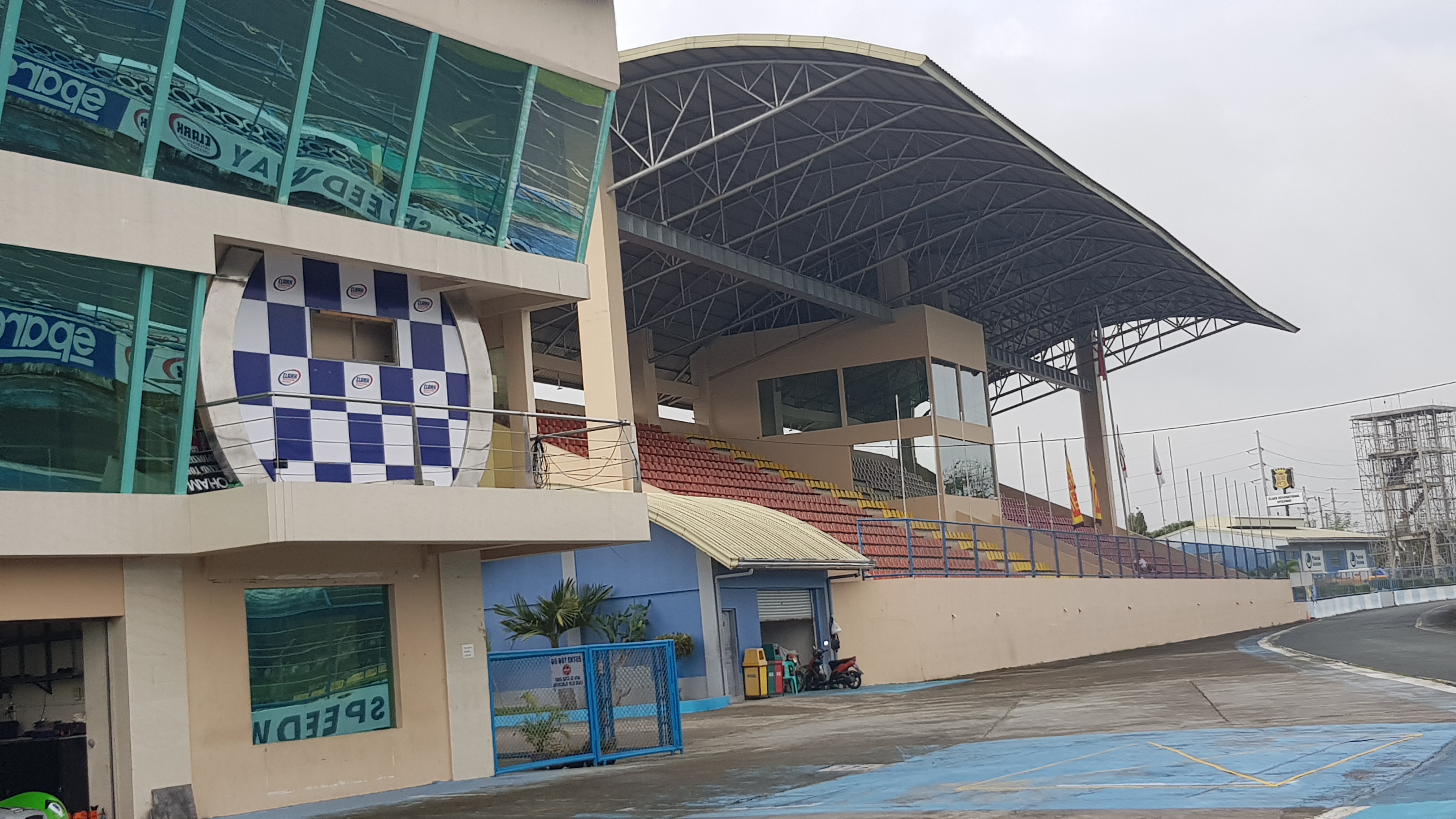 Aside from the Presenter sponsors, there will be more vendors joining the IRGP EXPO!

The event is sanctioned by the Unified Sports and Racing Association (USRA) an affiliate of the Federation of Two Wheels Association of the Philippines (FETAP).

Like every year, the first 2,000 spectators will get a special 2020 IRGP commemorative calendar and an issue of InsideRACING magazine. Those who will have the IR Nation App on their phones will get an IR sticker. 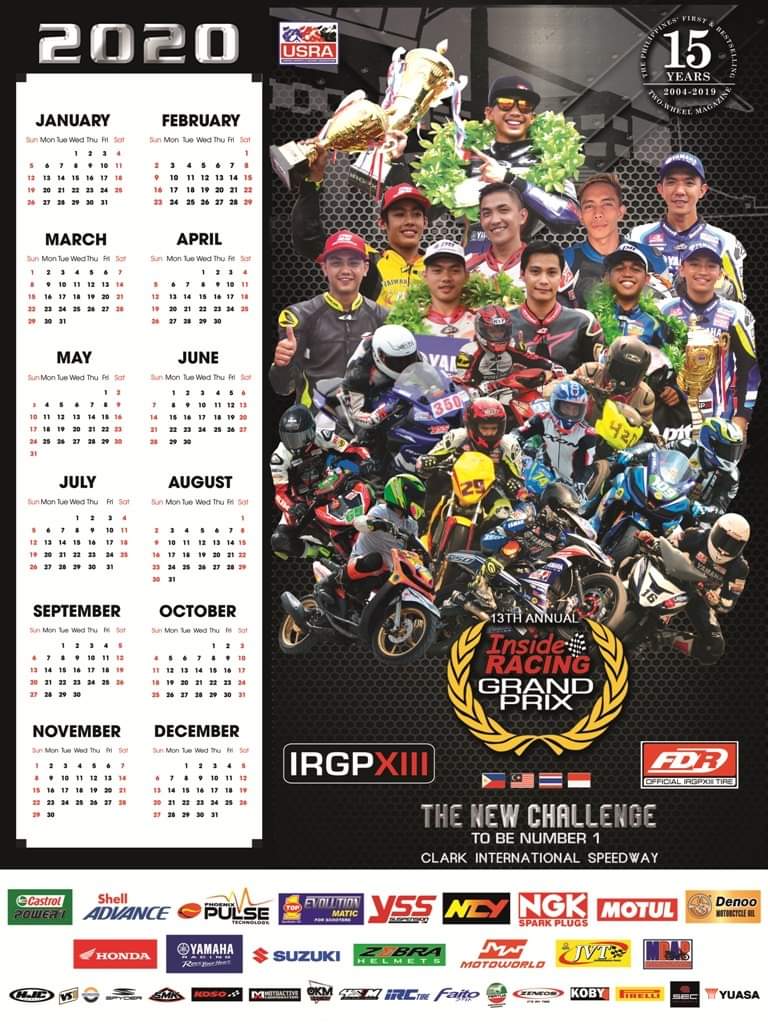 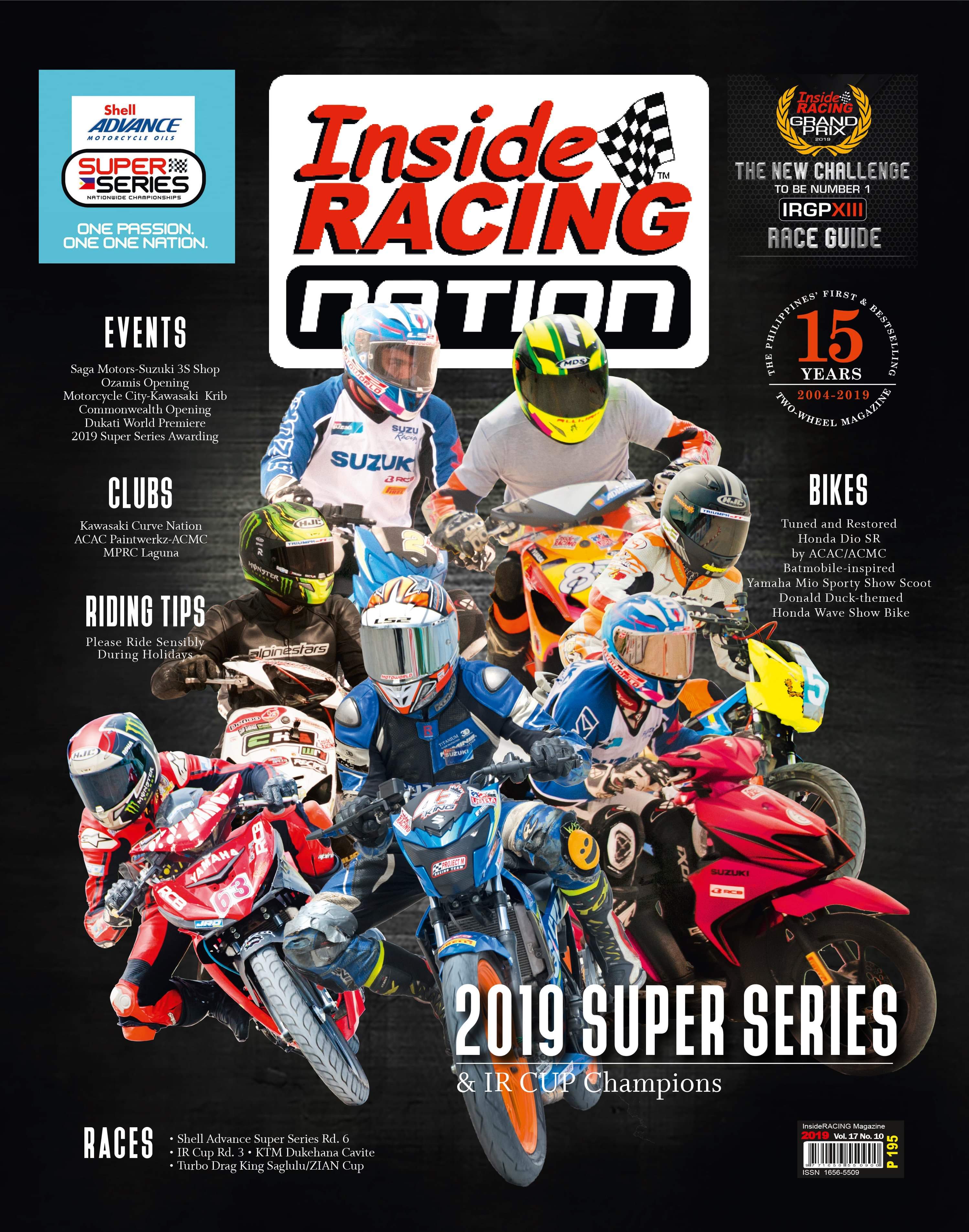 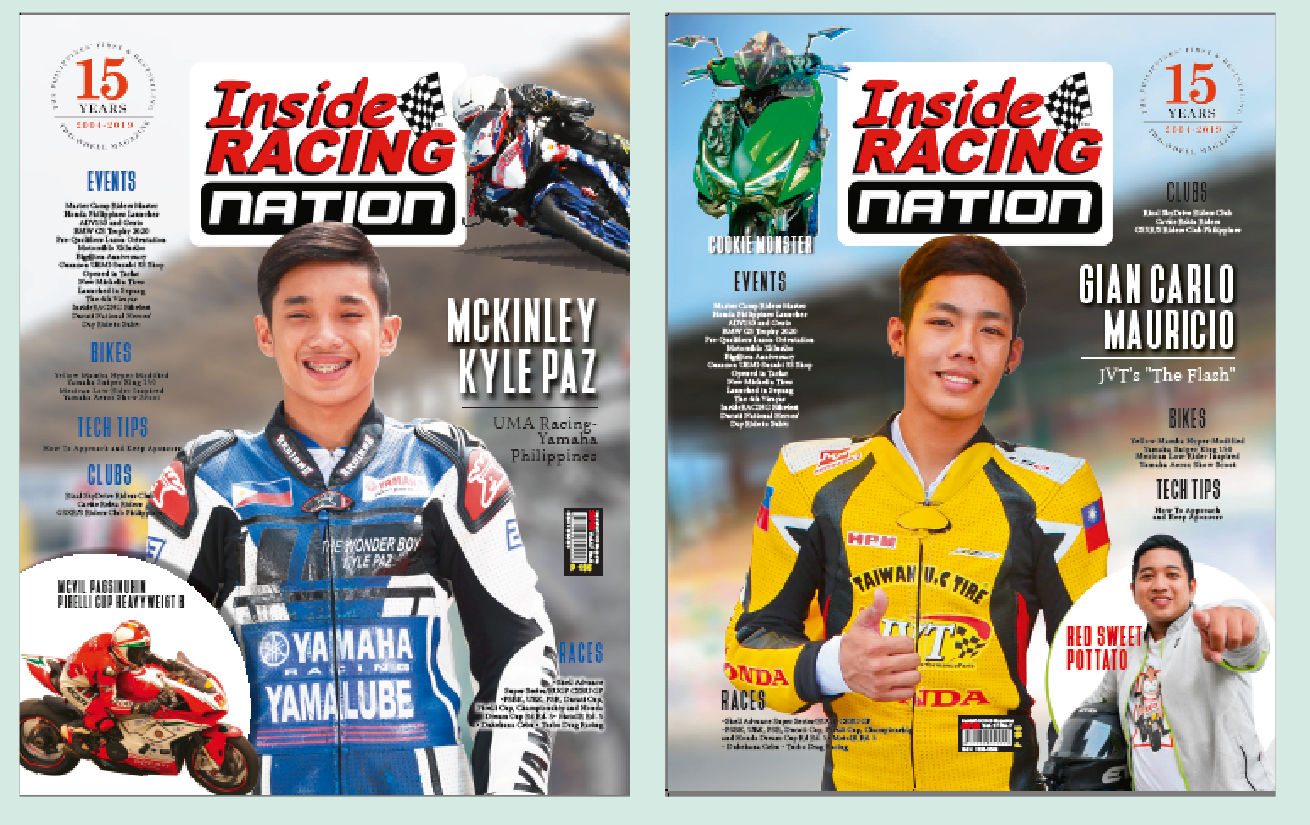 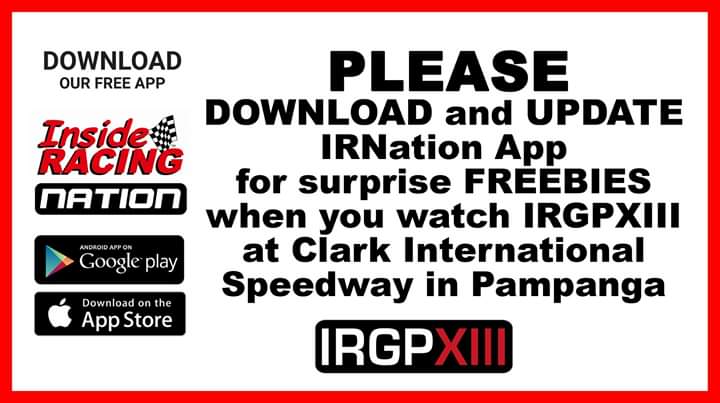 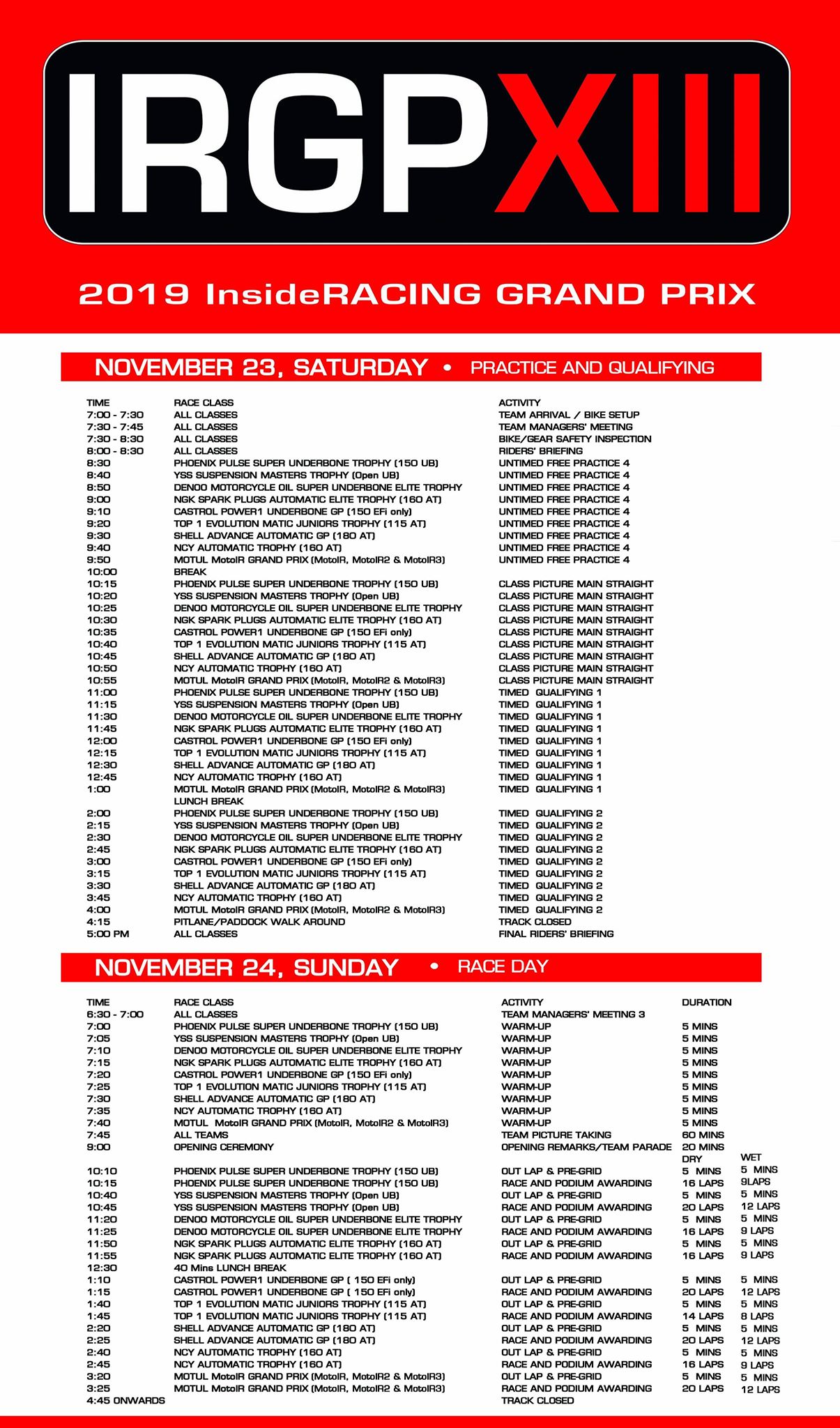 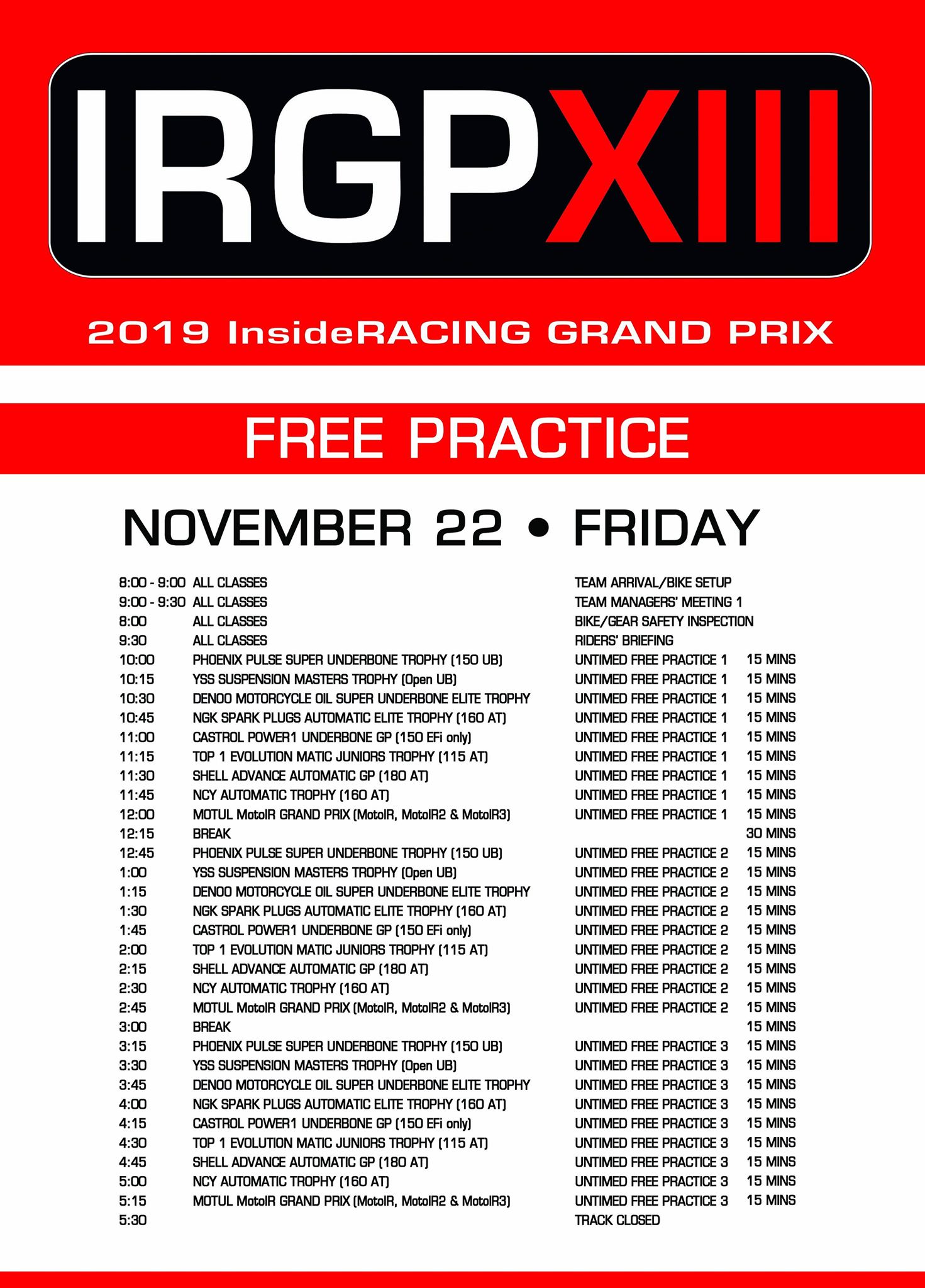 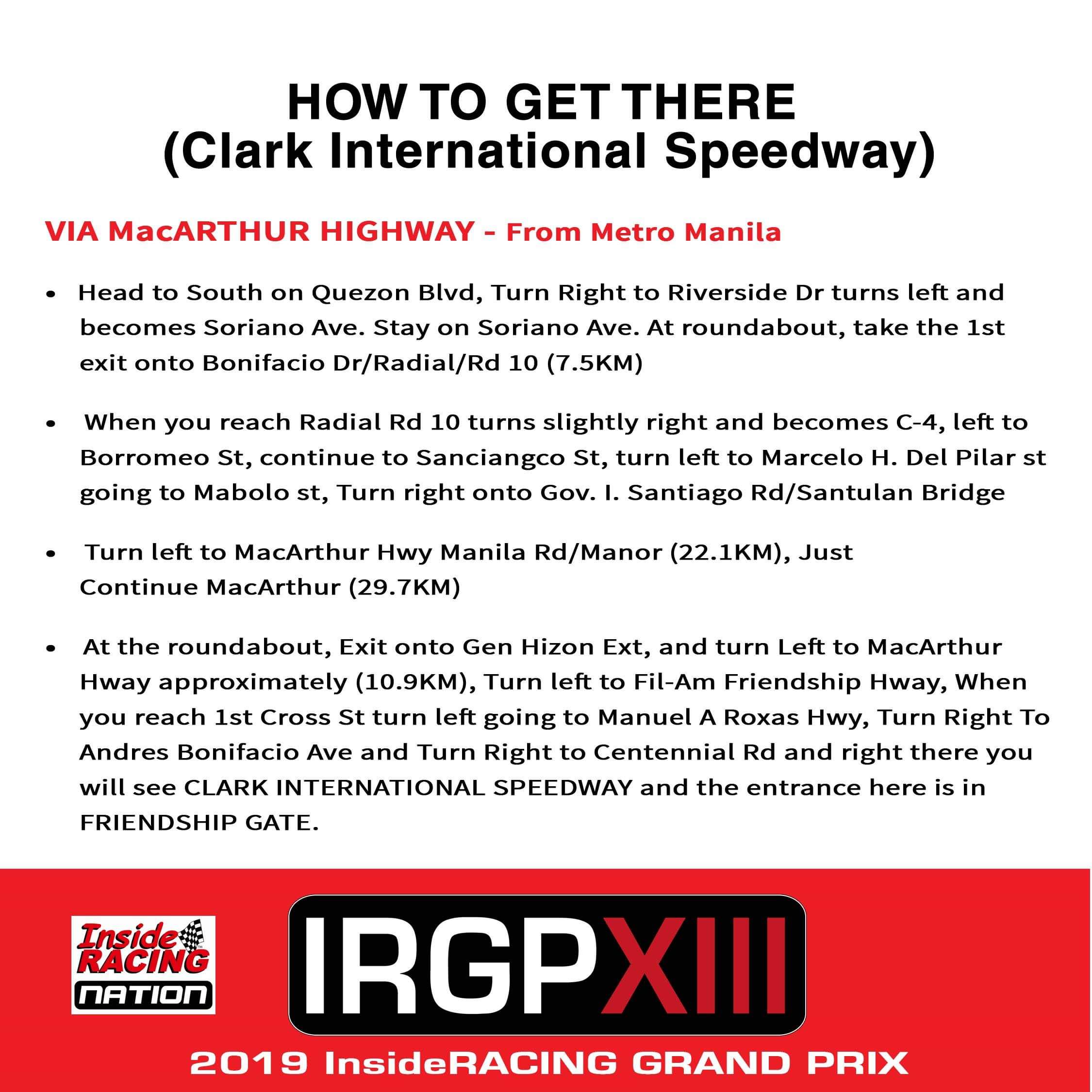 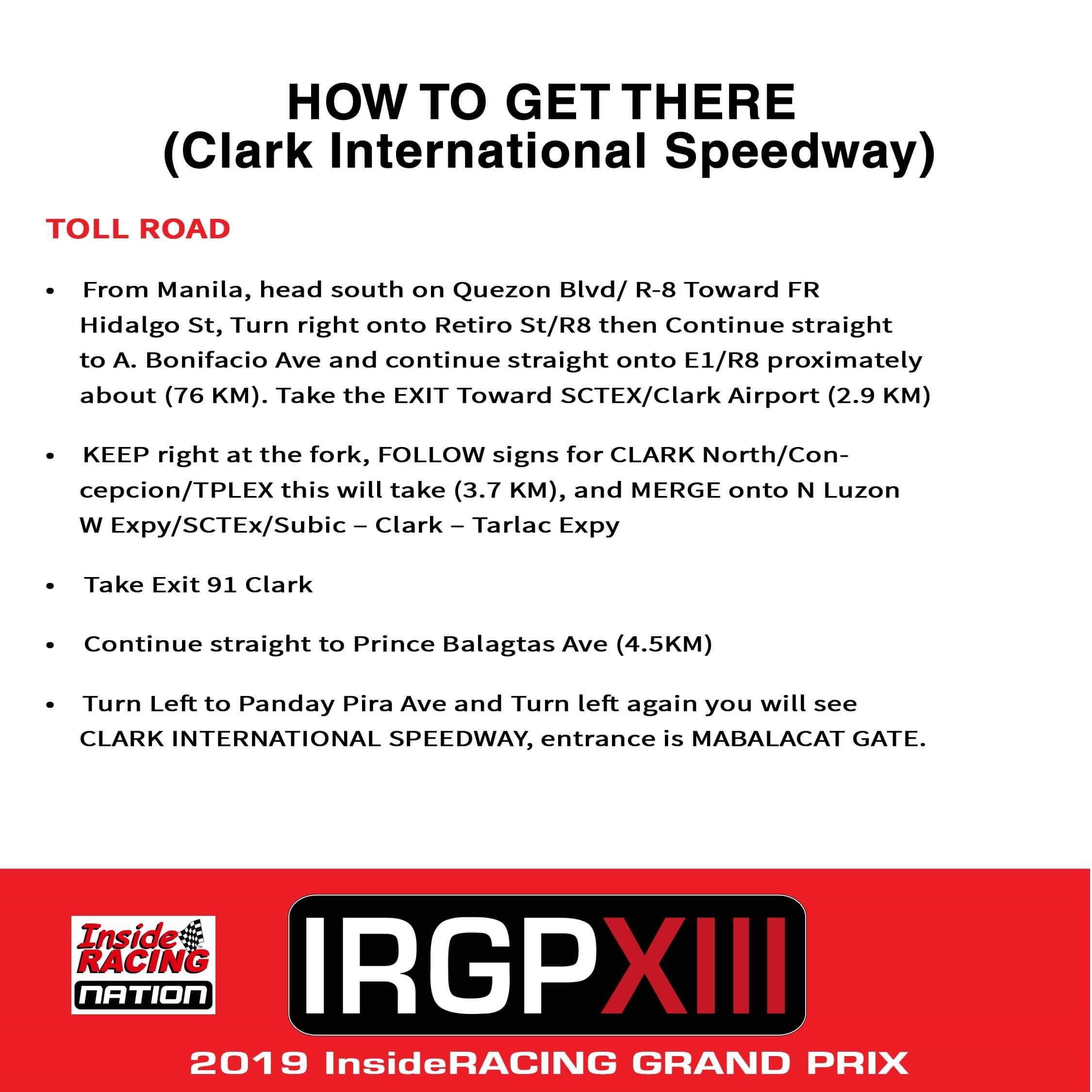