From Philippine Racing, Access Plus is Now Conquering Asia

A press con was held at the Ducati Manila showroom in Quezon City last February 27 to officially introduce the Access Plus-Ducati Philippines-Essenza racing team, a participant in the inaugural Asia Superbike (ASB) 1000 class of the 2019 FIM Asia Road Racing Championship (ARRC). The ASB1000 is currently the ARRC’s highest level of production bike racing and will run based on FIM Superstock 1000 regulations with machines equivalent to what is being sold to the public. 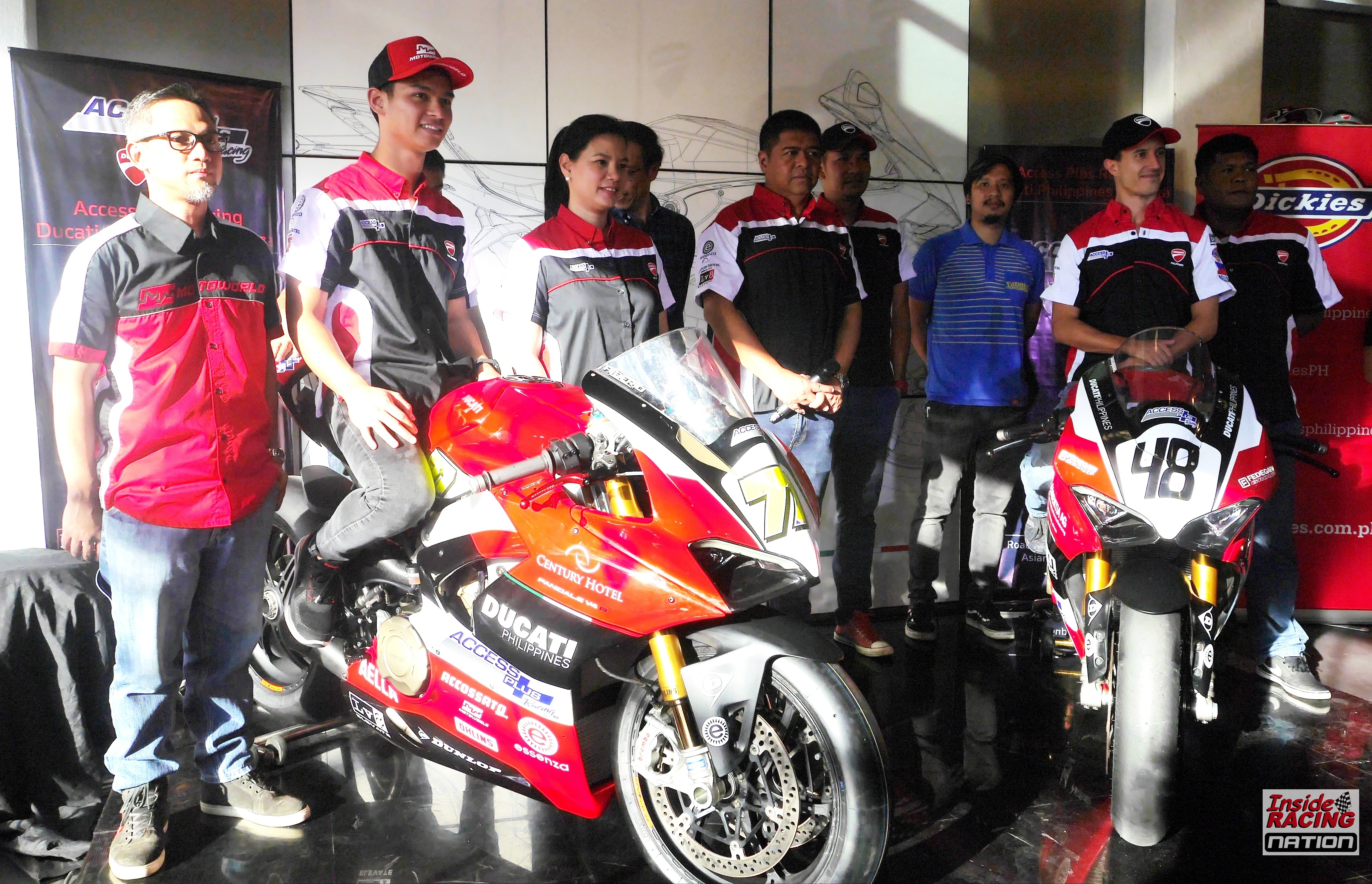 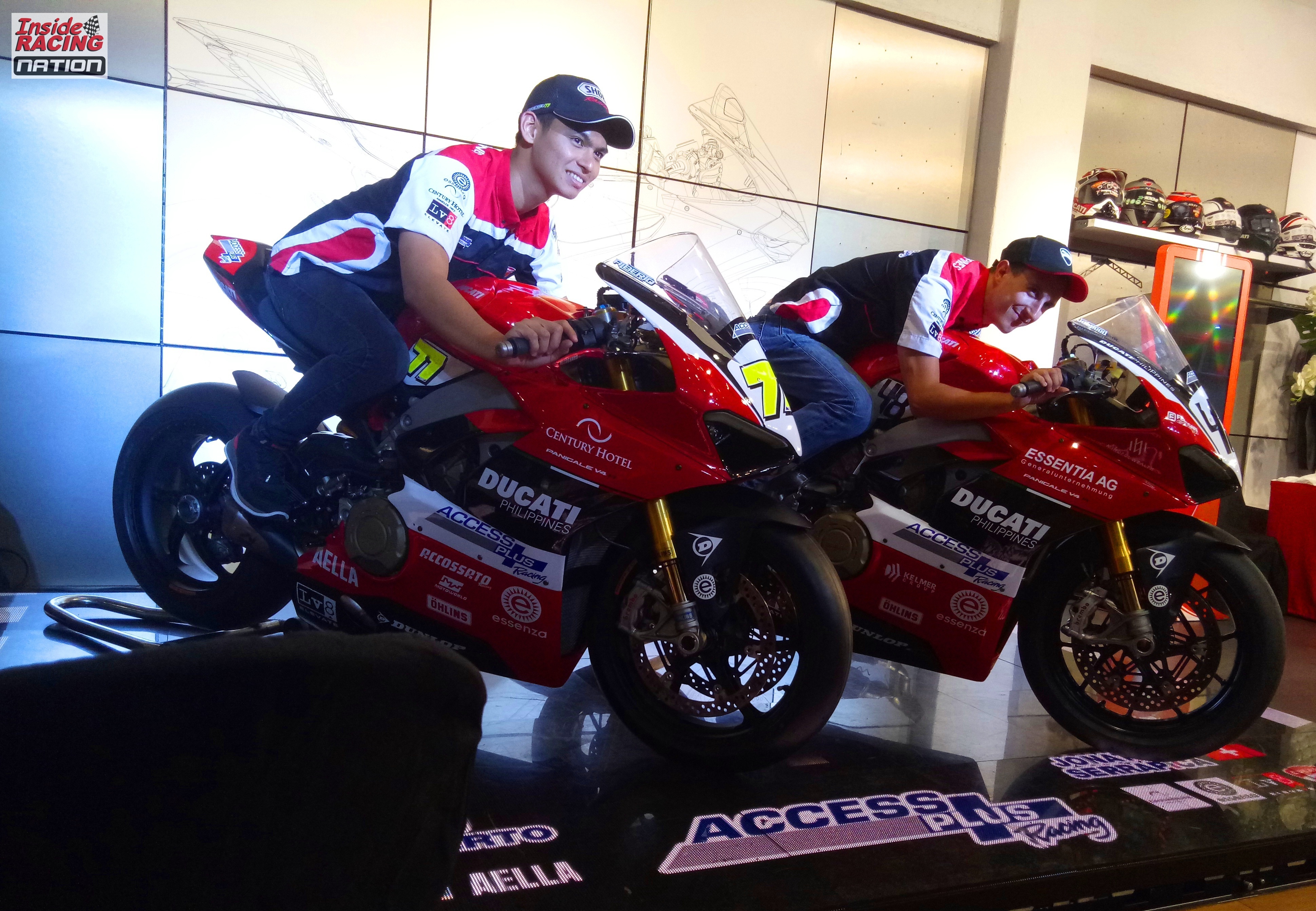 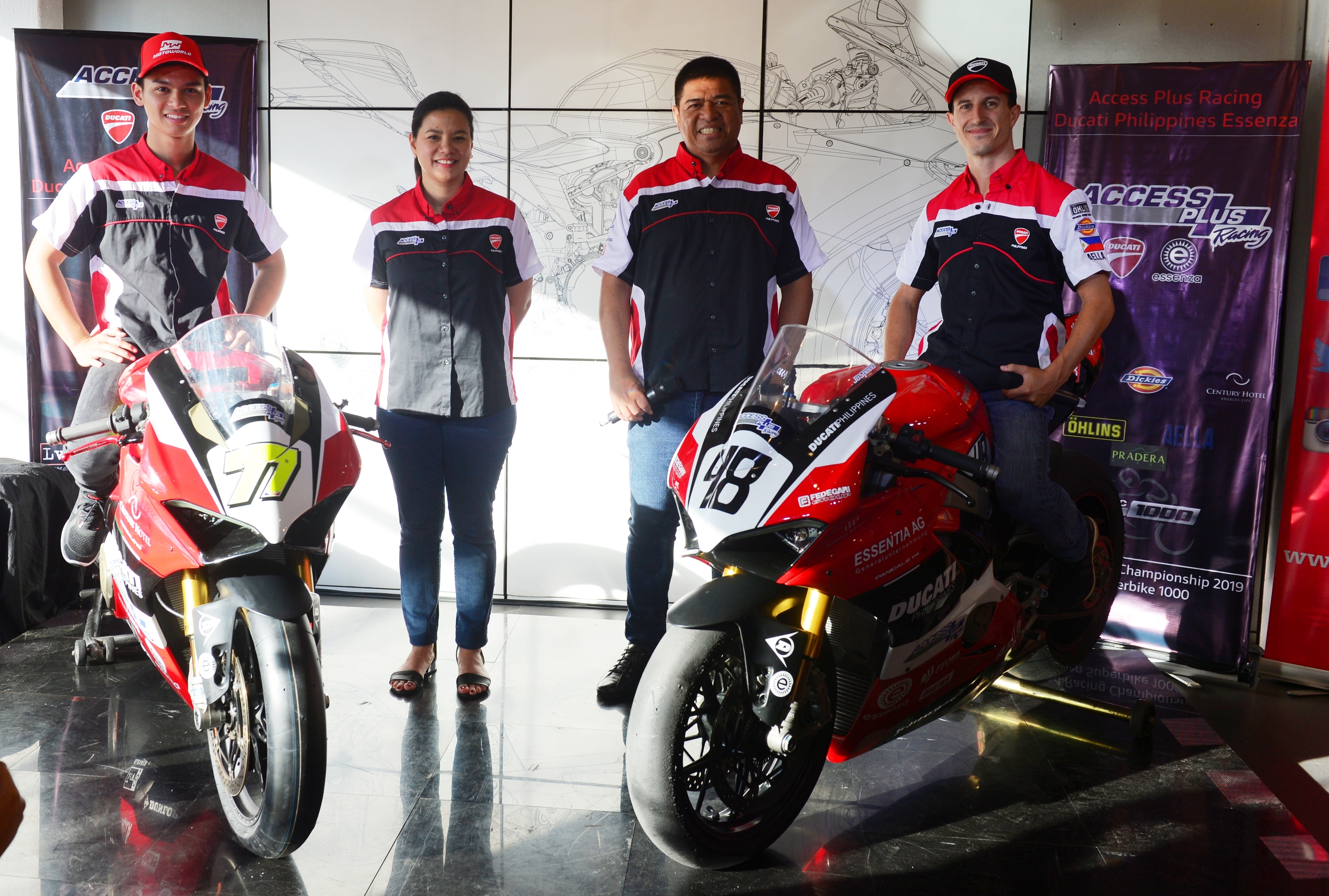 Participating and winning in local competitions for over a decade, Access Plus racing team has now become a breeding ground for international-level talent. The team with Ducati Philippines and Essenza, and oil brand, aims to represent the Ducati brand and showcase the potential of Ducati motorcycles in the ARRC. “It is a new milestone for the team and it’s both daunting and exciting to see how we fare,” said Team Principal Toti Alberto who was a champion superbike and motocross rider in the country in the past years. Team Access Plus Racing-Ducati Philippines-Essenza is sponsored by by AELLA, Dickies Philippines, Öhlins Philippines, Century Hotel Angeles City, LV8, and Pradera Verde. 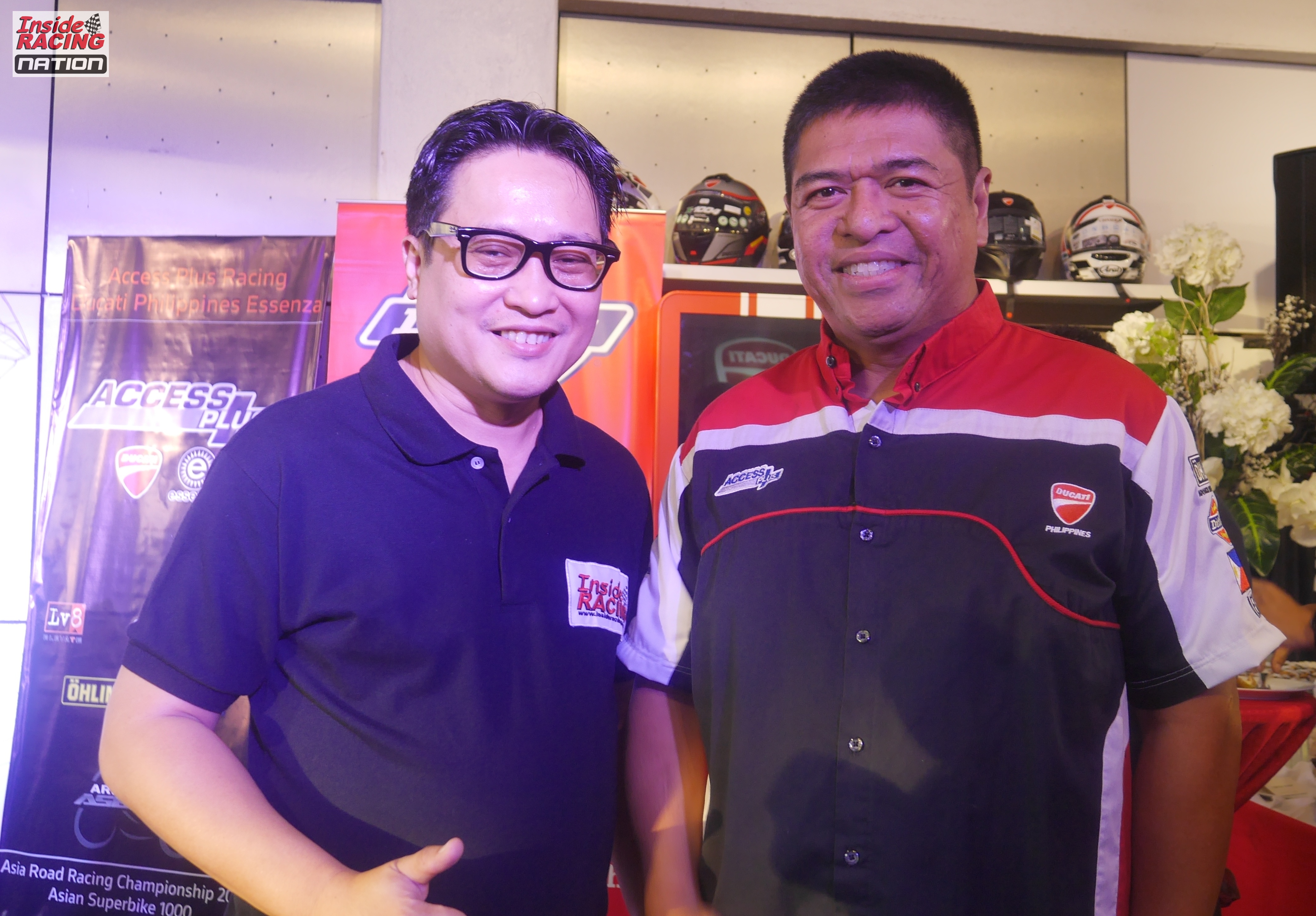 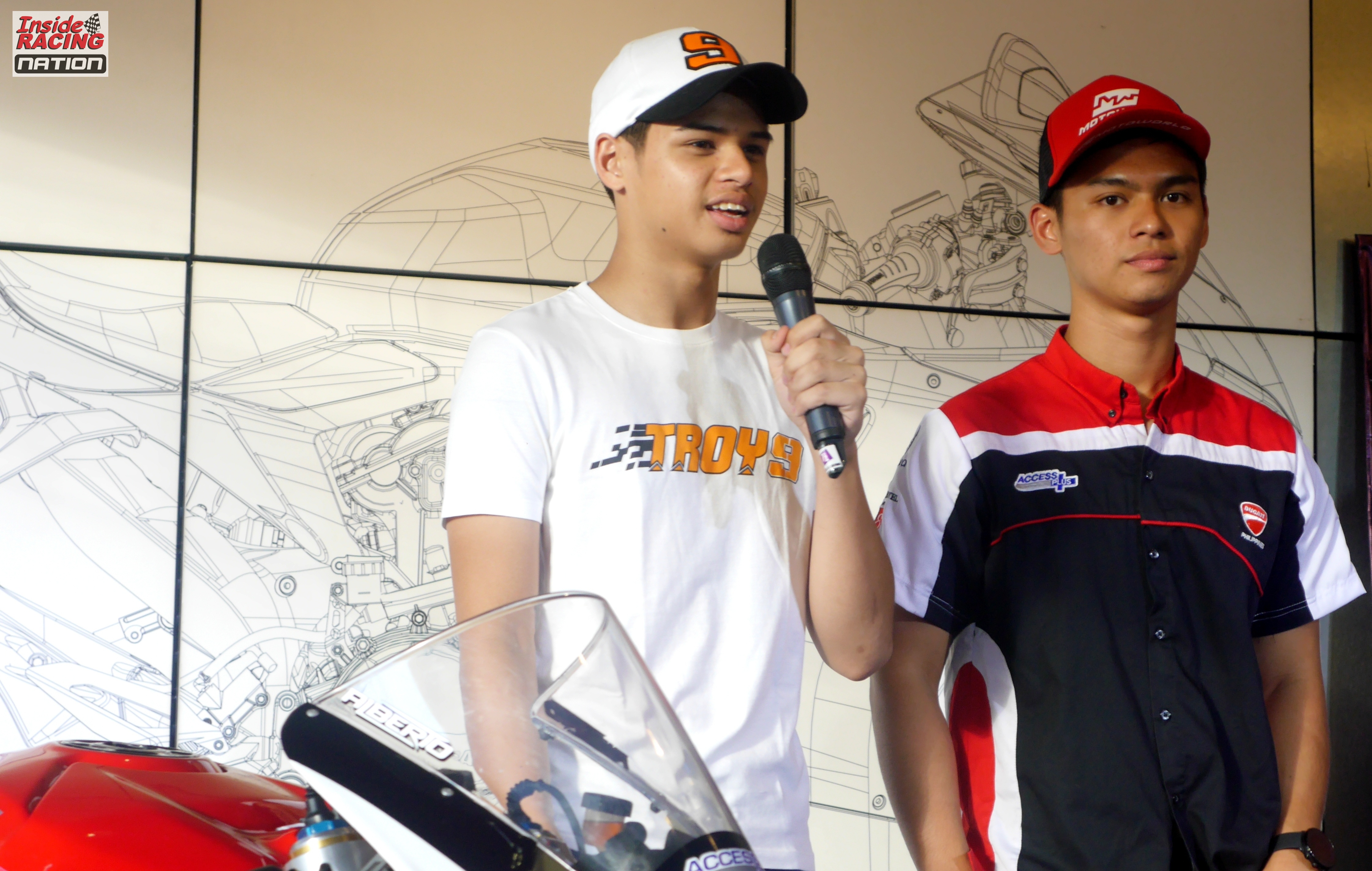 Also announced at the press con was TJ Alberto’s wildcard participation in the second round of the World Superbike Championship’s Supersport 600 class in Thailand in March 15-17, replacing Rob Hartog of Team Hartog-Against Cancer who is injured. To the amazement of the motoring media, TJ’s younger brother Troy also shared that he will be a wildcard participant in the Supersport 600 category of the ARRC’s first round in Malaysia. Access Plus also announced that they will soon distribute Essenza products.