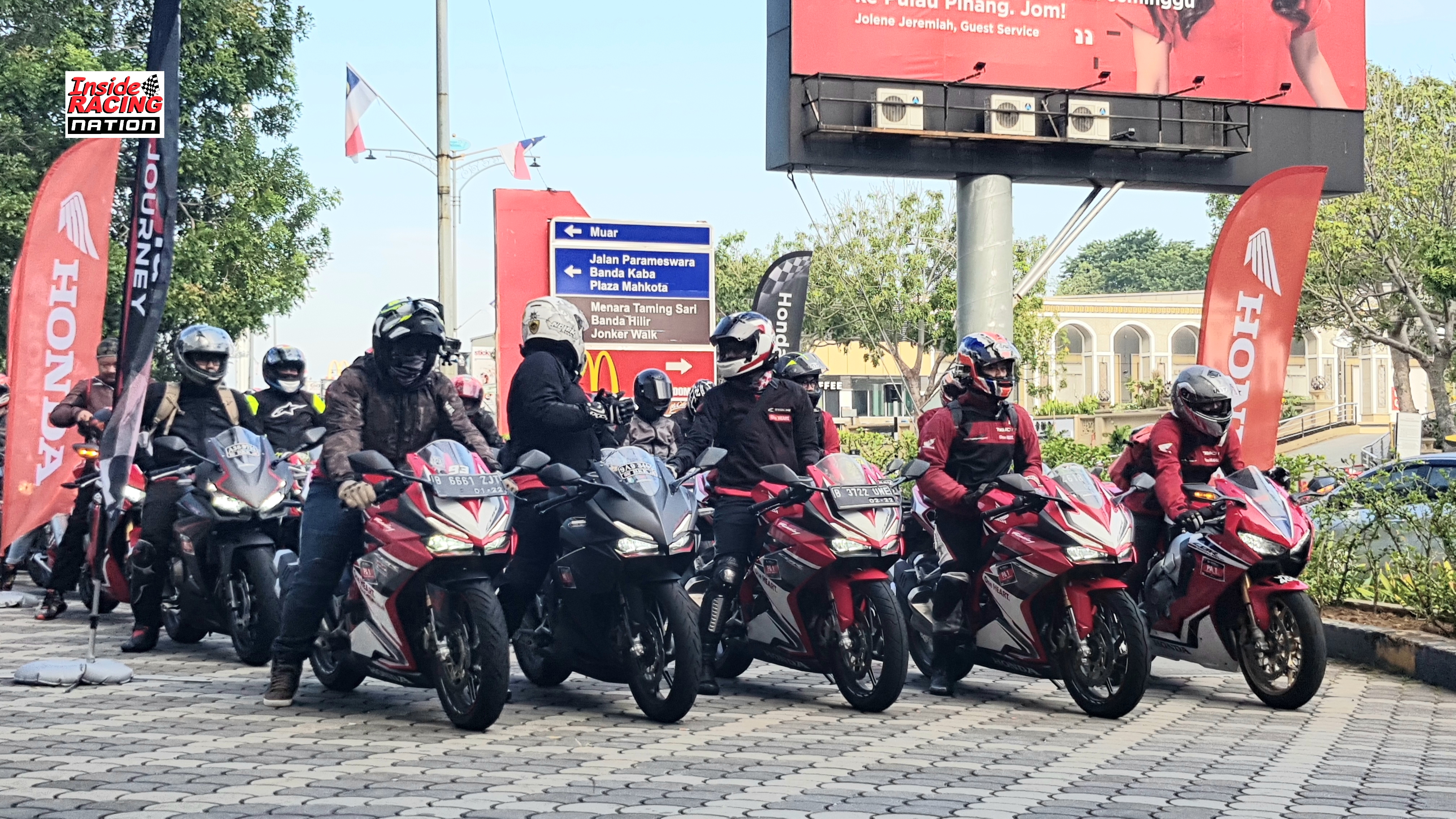 Day 2 of HAJ was almost 300 kilometers, the longest leg of the journey.

After breakfast and the Ride Briefing, the HAJ contingent departed Hatton Hotel Melakka at 9 am for Kuala Selangor. 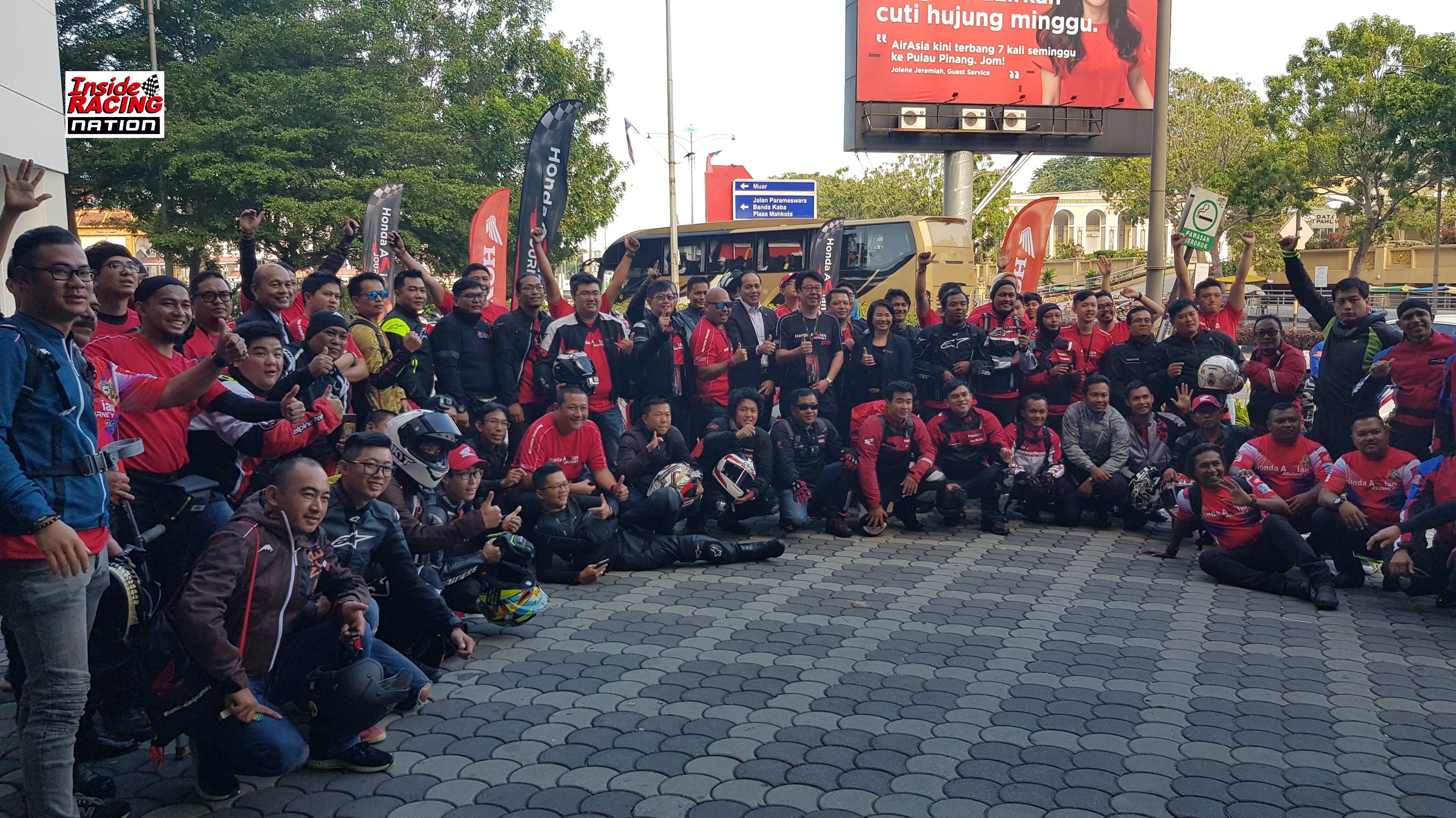 After 95 kms at around 10 am, the first fuel stop for the group along the highway, we then proceeded to ride another 120 kms for our lunch stop at a beautiful Kedai riverside seafood restaurant. There, we had a sumptuous meal of traditional Malaysian sea food overlooking the river. 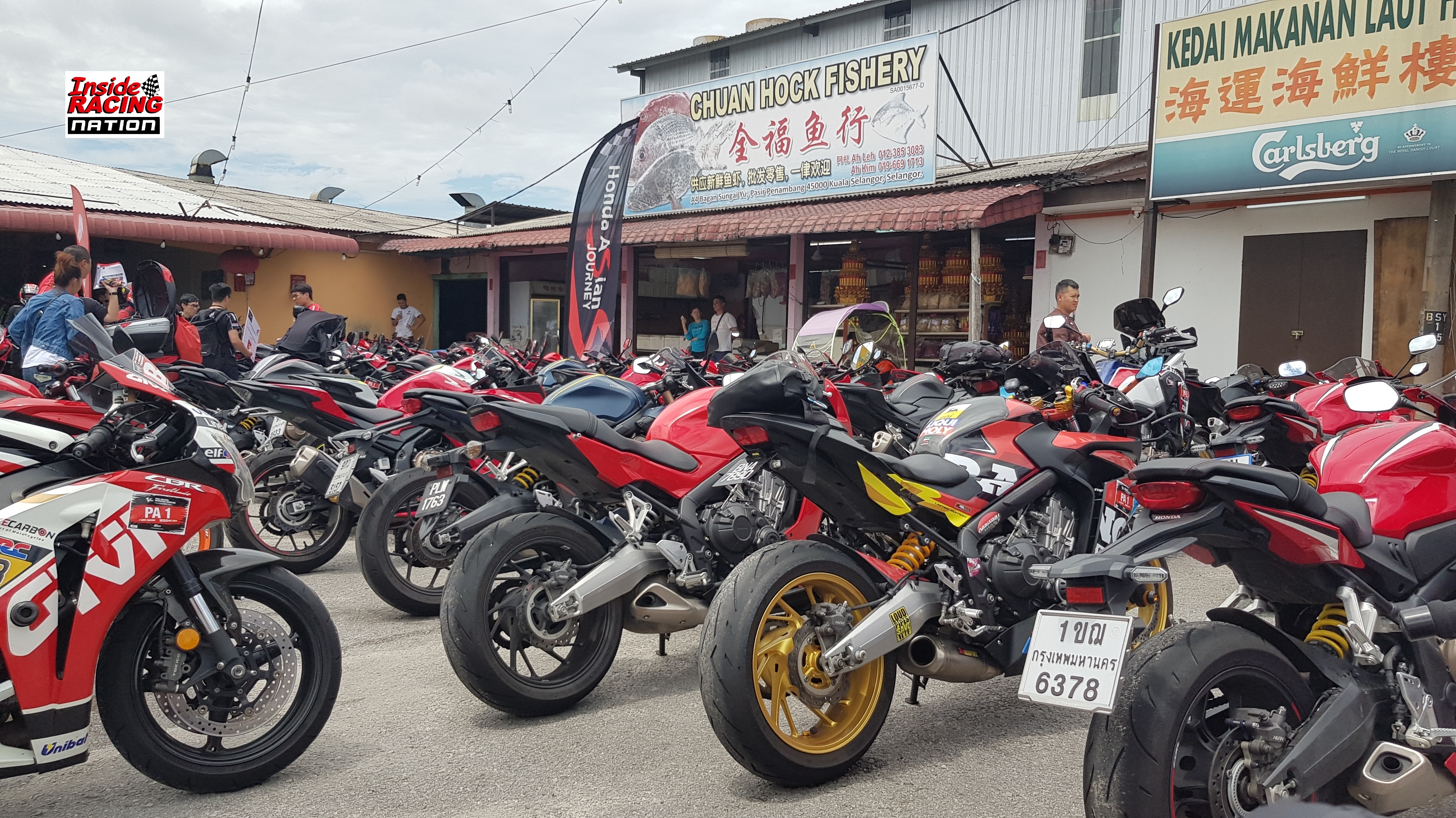 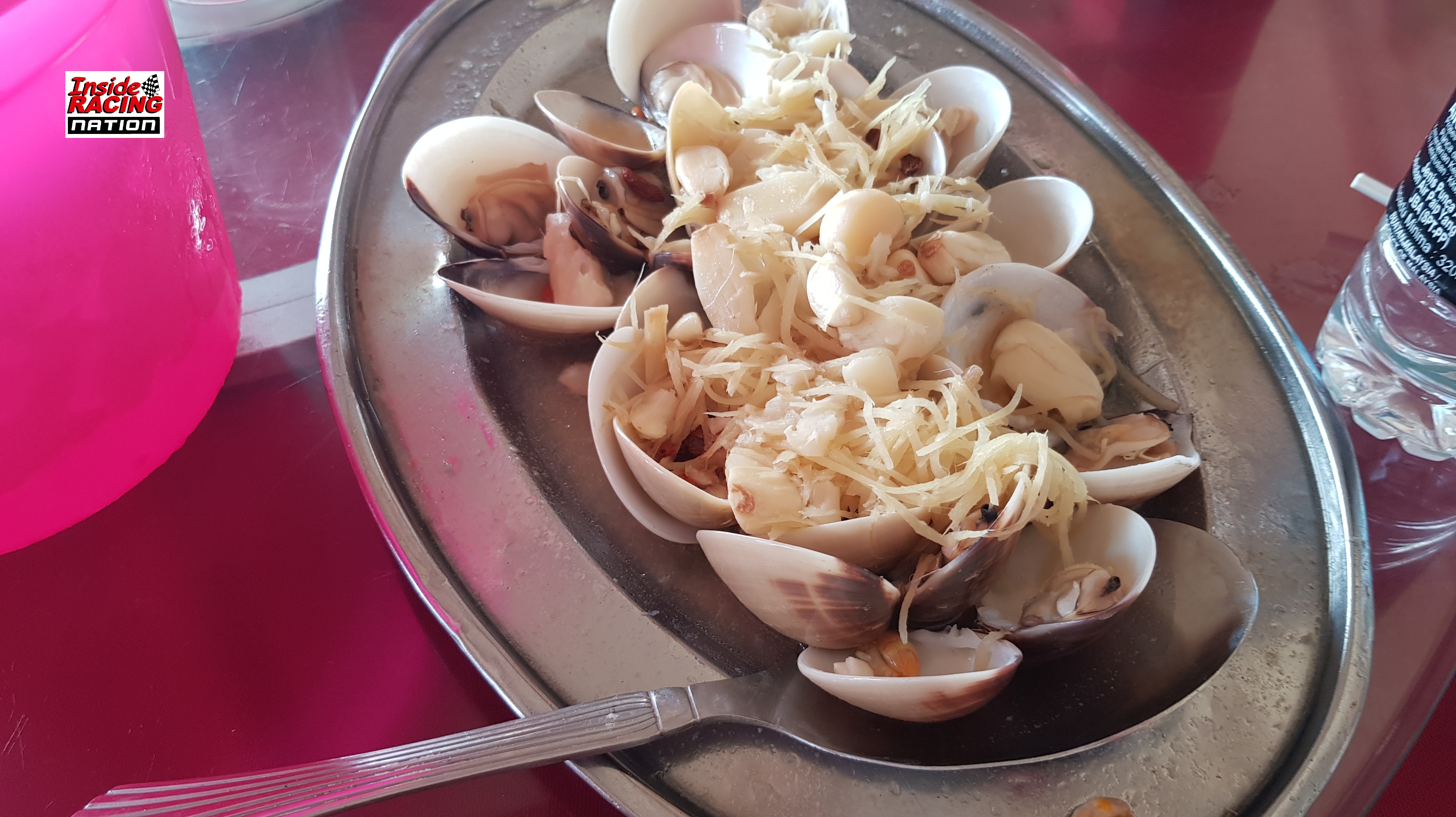 Before leaving, the participants switched bikes and prepared to ride the most exciting part of the journey, 100 kilometers of fast and twisty road up the mountains to the famous Genting Highland Resort, the location of out next hotel, Fist World Hotel which is the largest hotel in the world with approximately 7,350 rooms! 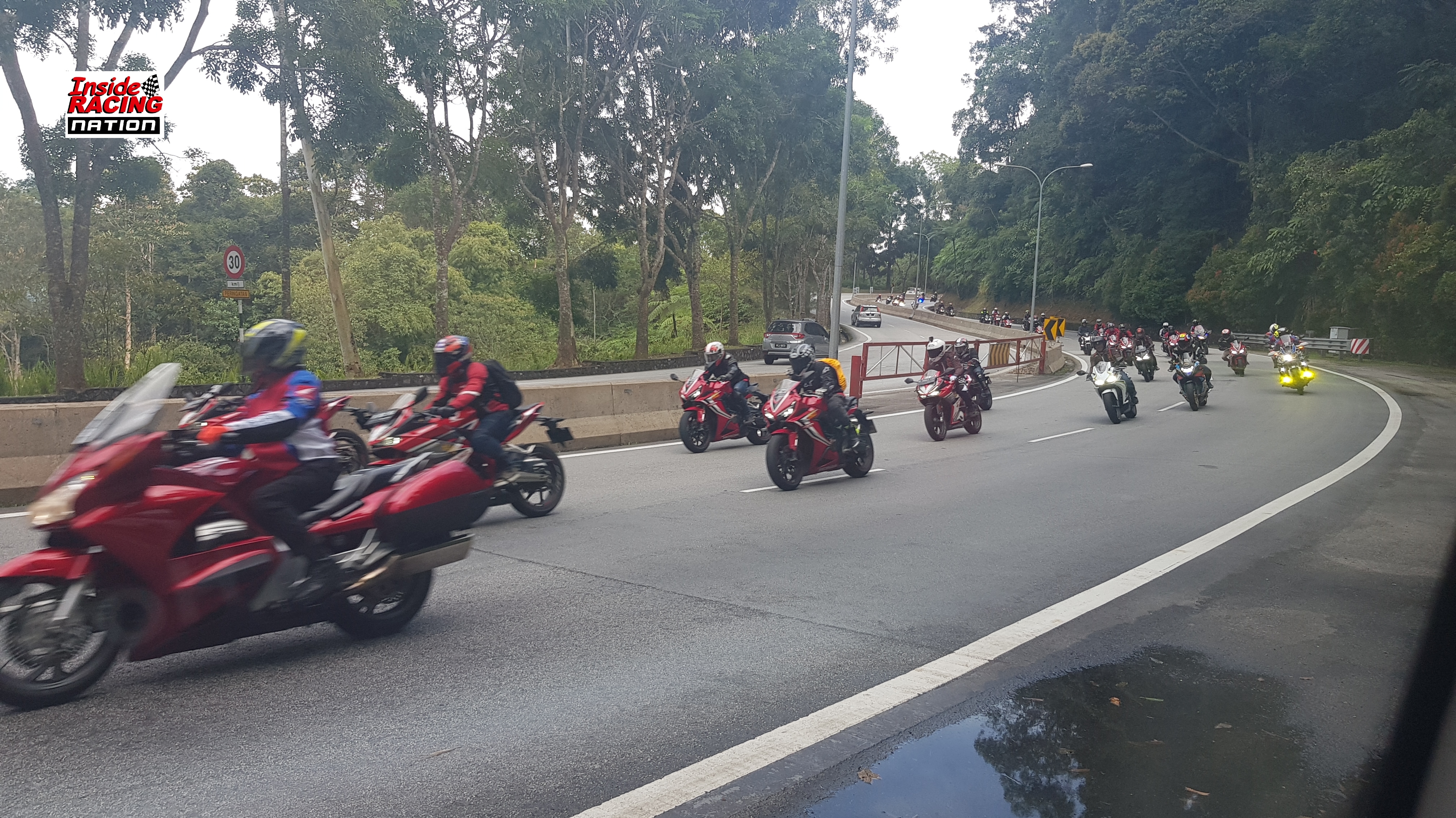 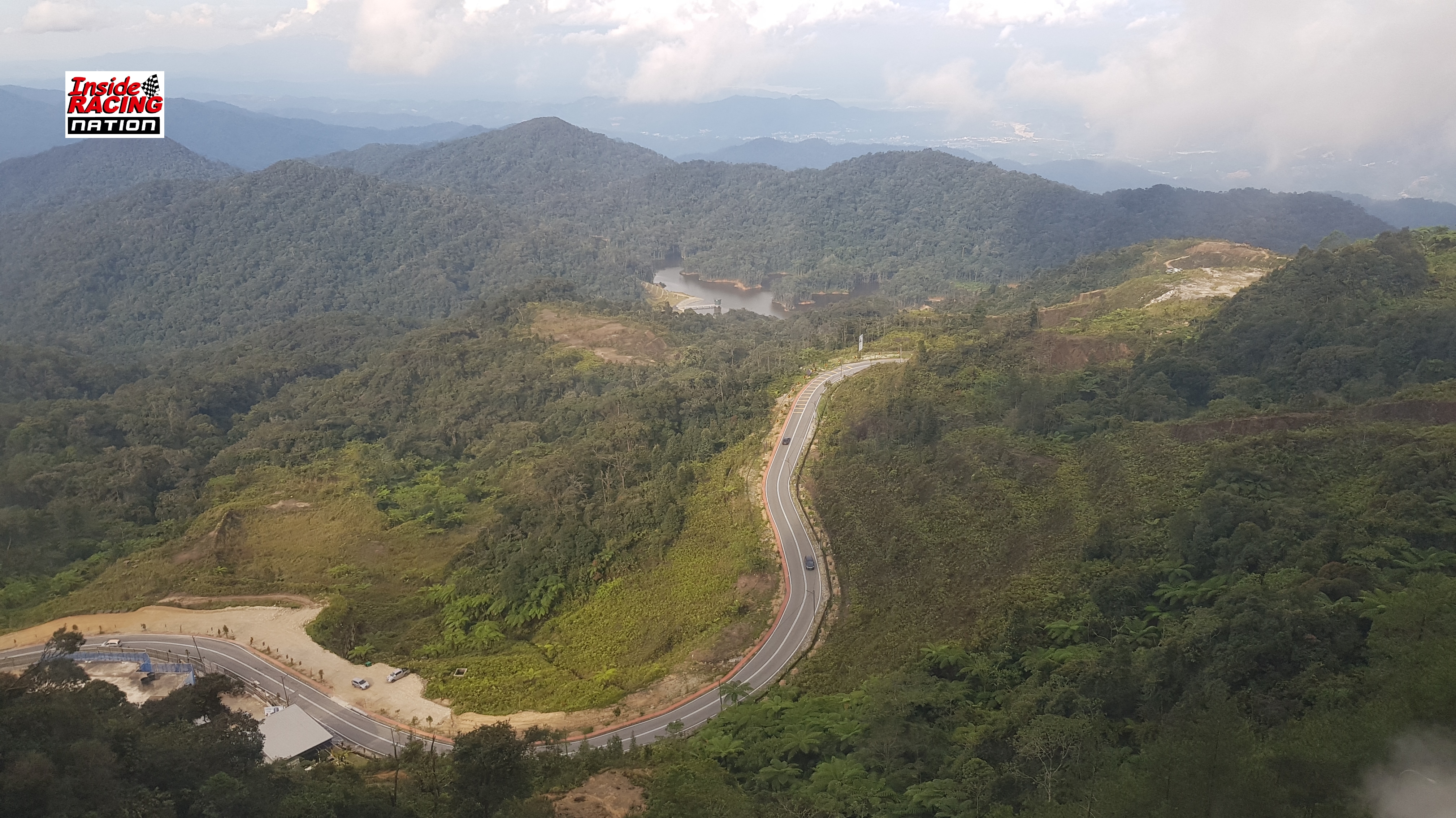 Genting Highlands is a cool hill station set amidst the cool mountains and rain forests just 45 minutes away from the Capital Kuala Lumpur City. It features a Casino, indoor shopping malls and theme parks and Malaysia’s biggest strawberry farm. The cold weather condition in Genting even during the hot summer season makes it a popular tourist destination among the locals. 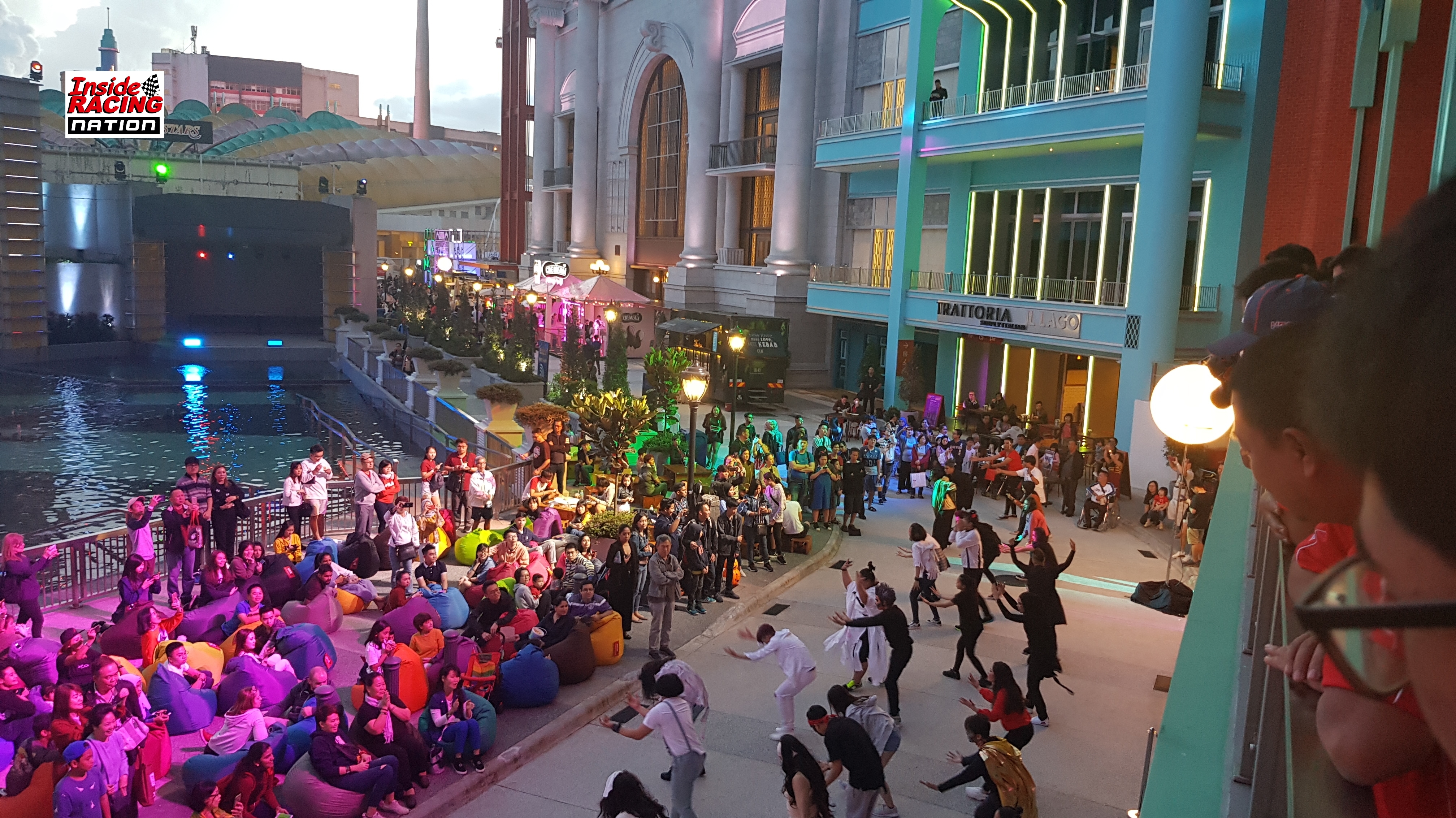 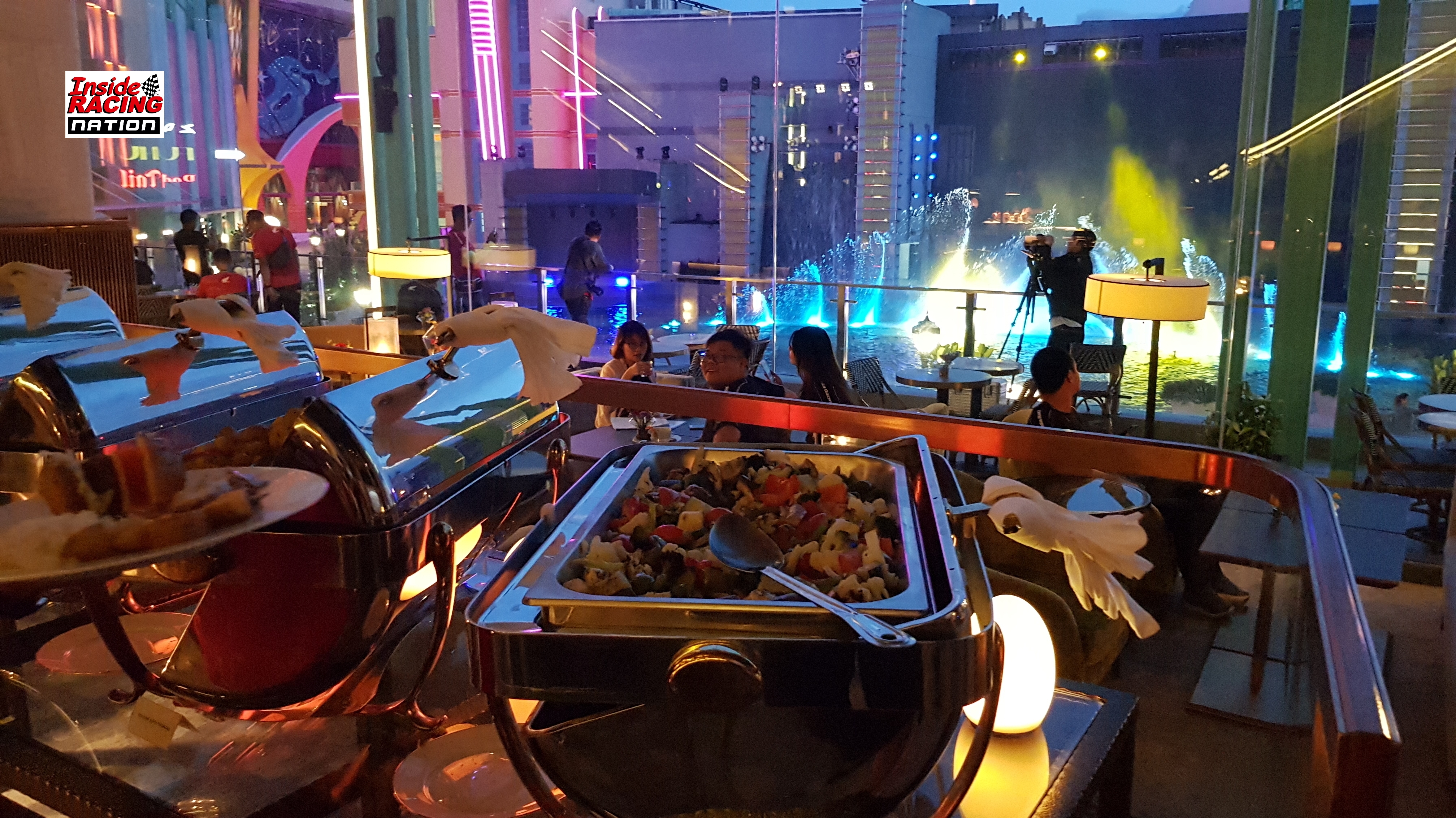 The HAJ organizers booked the best posh restobar in the resort, the Sky Avenue, ovelooking the famous dancing fountain for a classy and relaxing dinner. After which, everyone retired for the night. 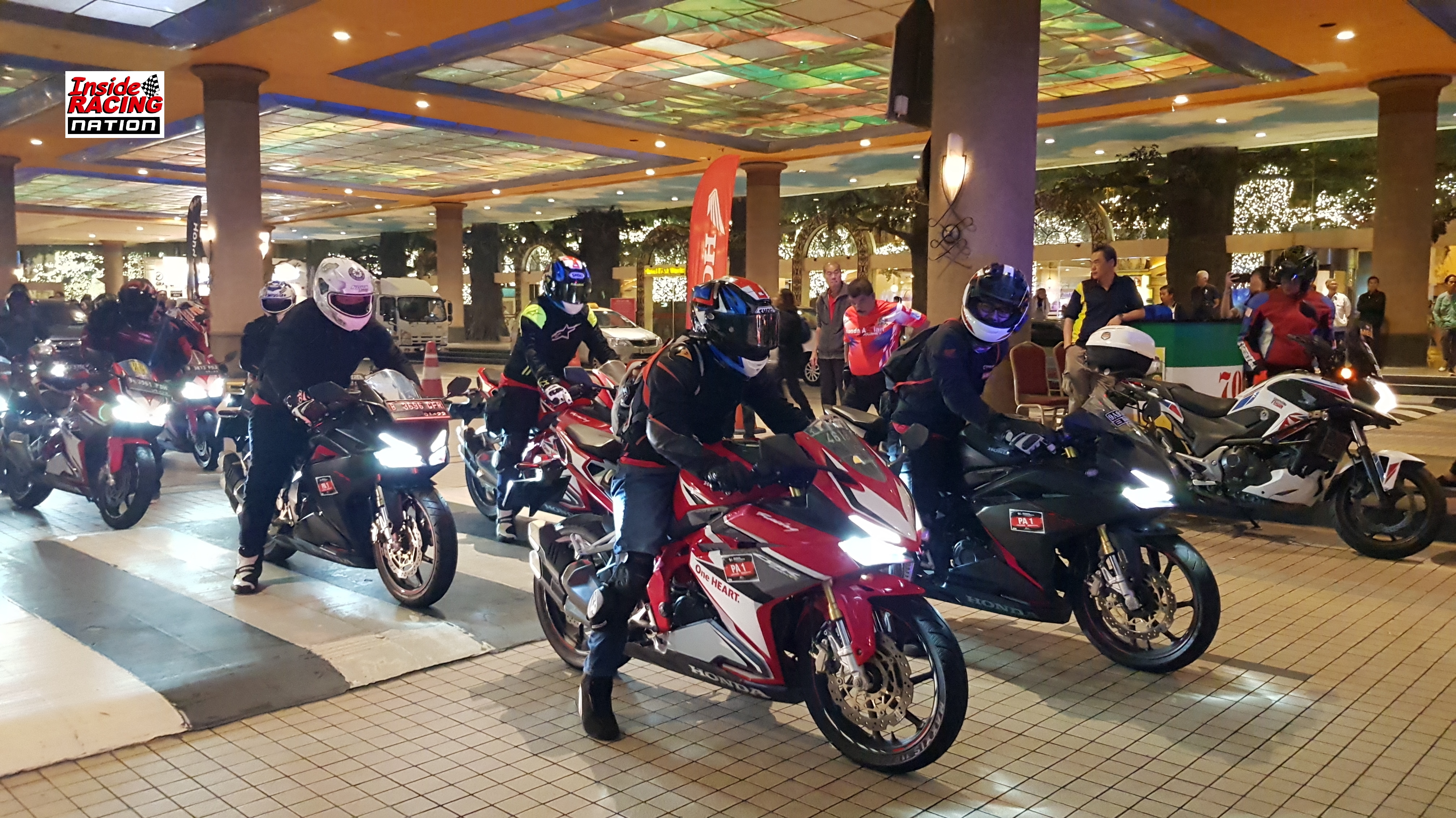 The next day, the HAJ riders left the parking at exactly 9am. The condition was cold and very foggy with almost zero visibility for the first few hundred meters. Fortunately, it cleared immediately which made for a safe descent thru the sweeping and smooth twisties. 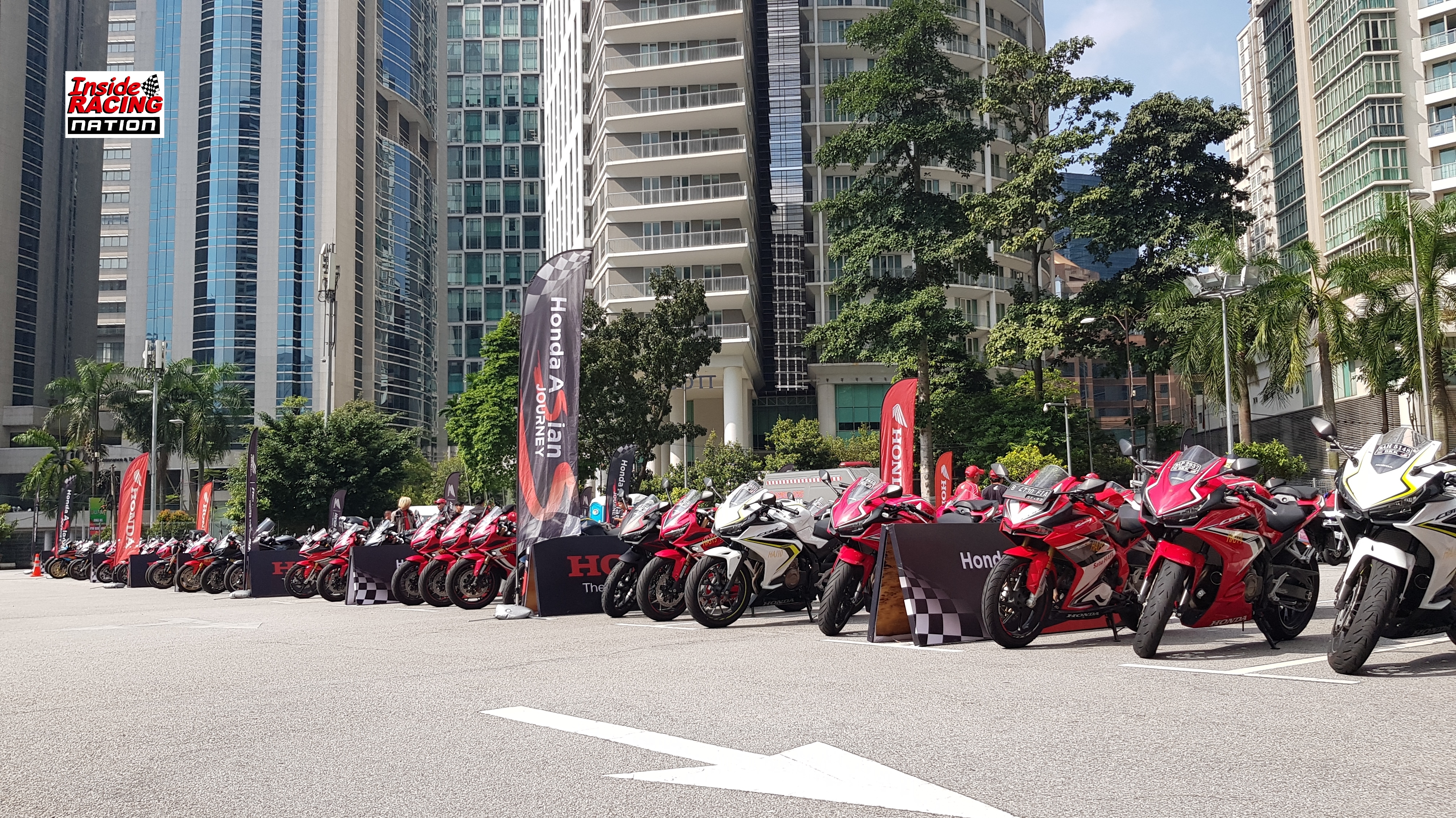 HAJ rode straight to the the iconic KLCC Petronas Twin Towers in Putrajaya for the first stop and refreshments. 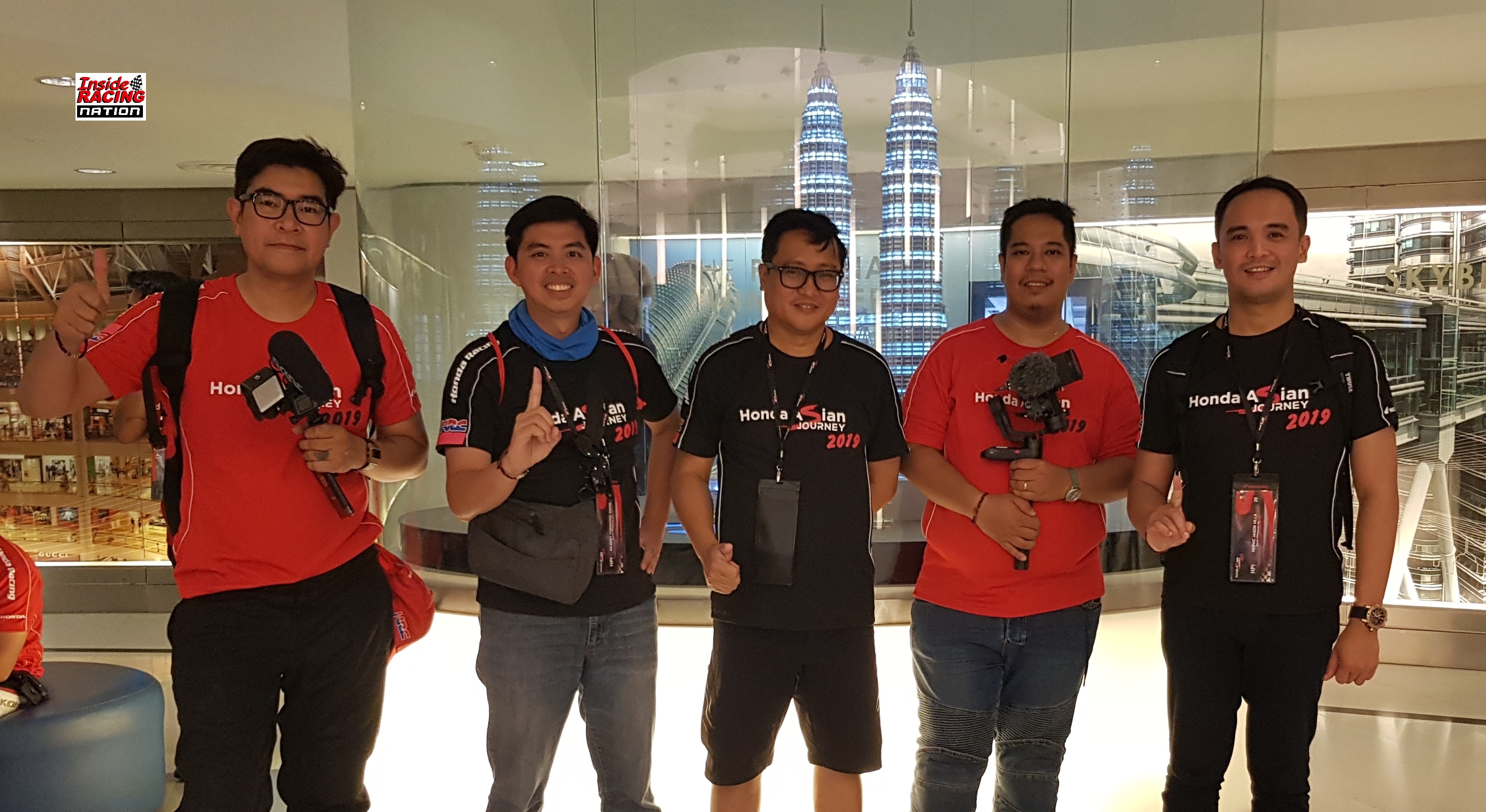 The first highlight of the day was when all the HAJ participants went up the Petronas Twin Towers Sky Bridge and Observation Deck. Another first-class lunch buffet was arranged at an adjacent five star hotel. 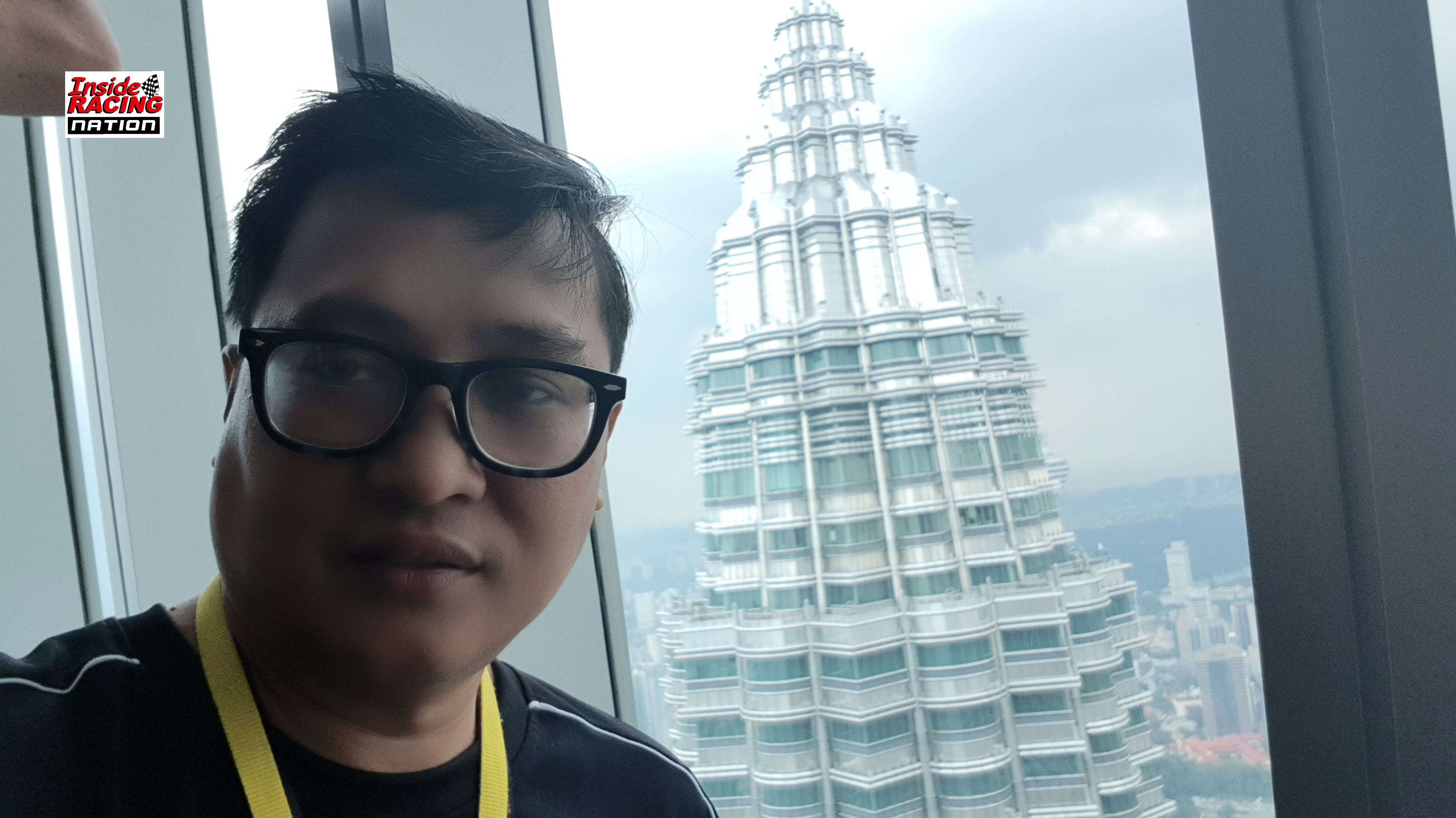 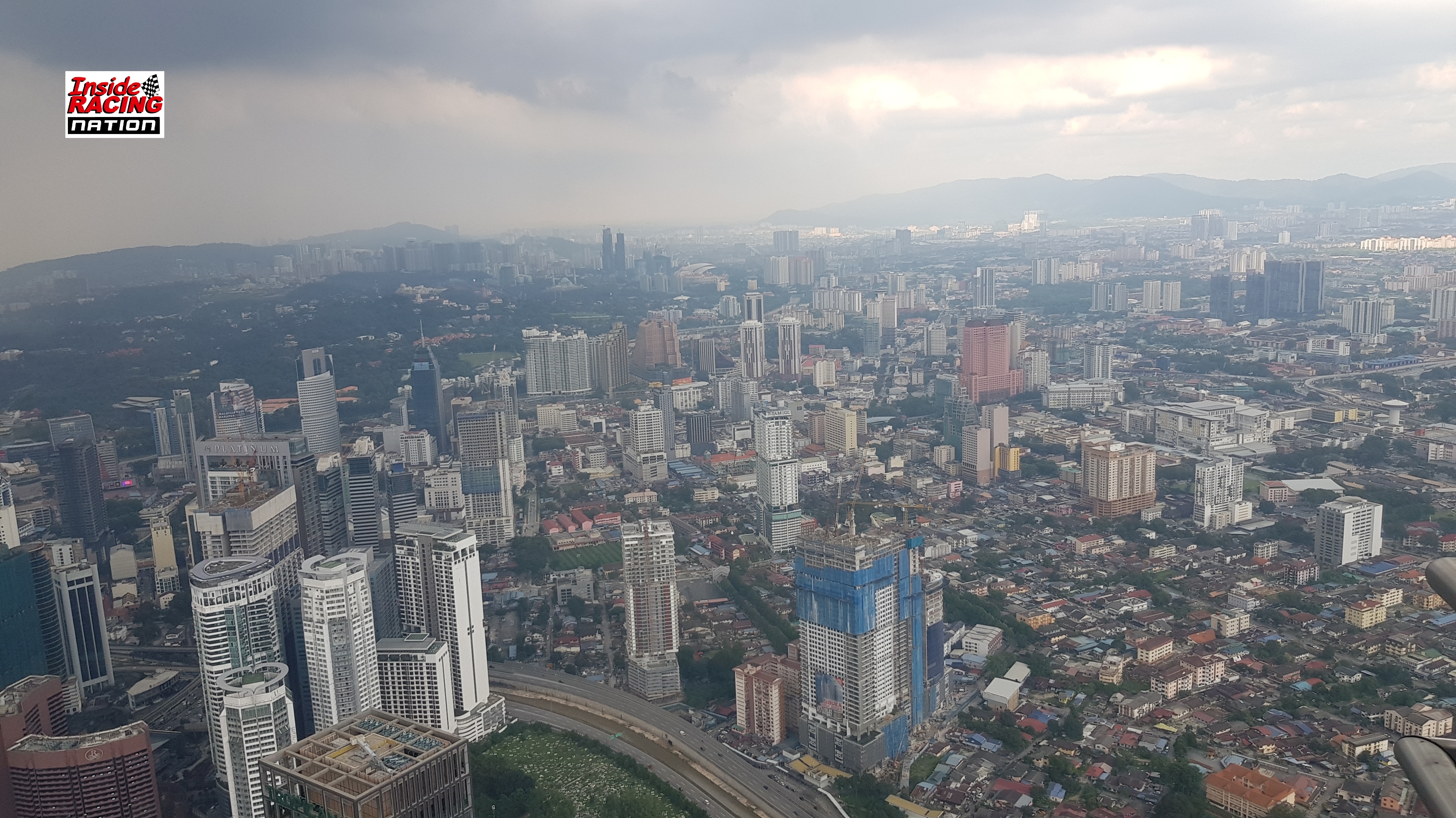 Honda gives you wings! A beautifull view of Kuala Lumpur

Then, a leisurely 30-minute ride to our last Hotel destination of the weekend, the La Meridian Hotel Putrajaya in Selangor. 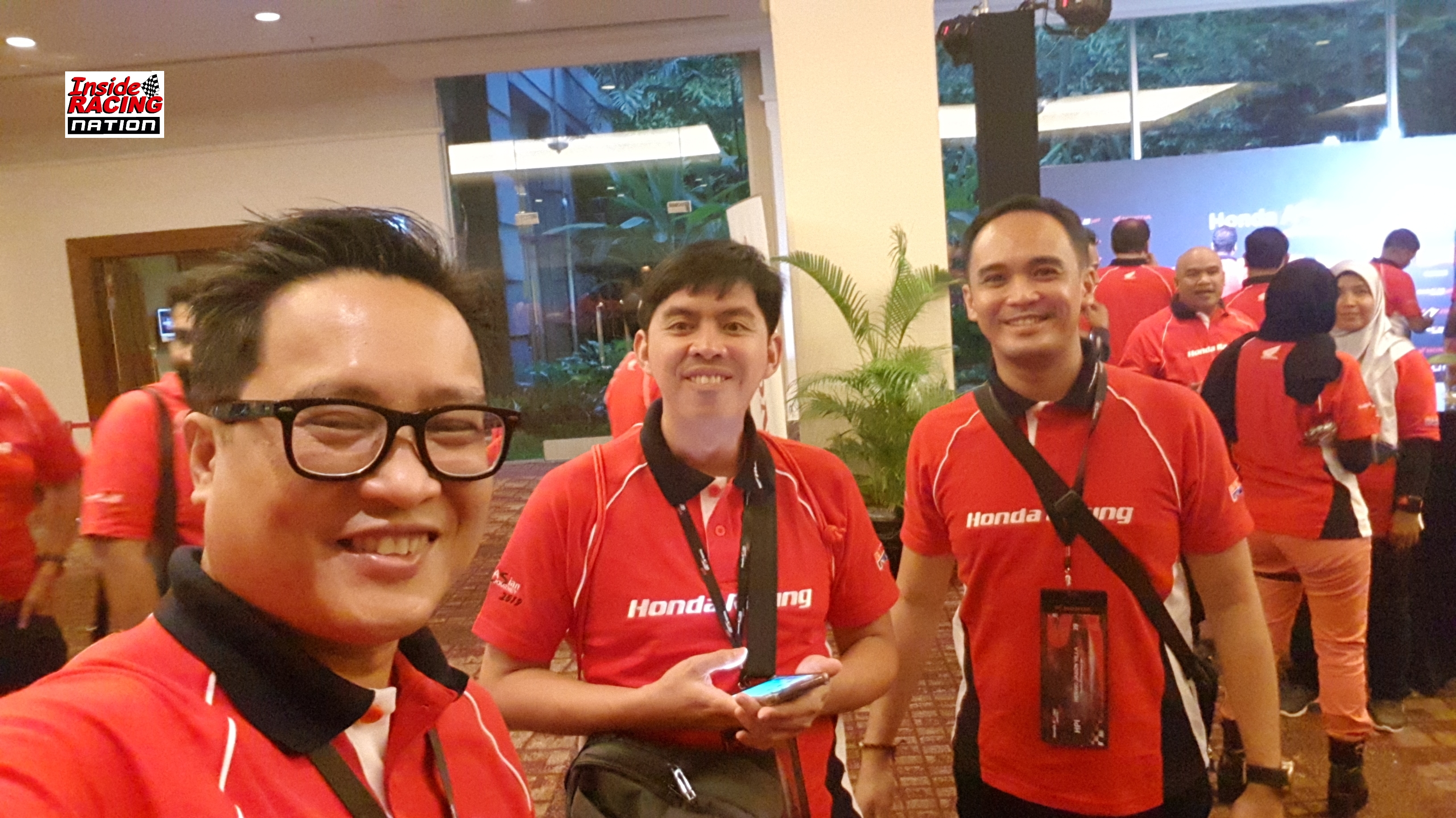 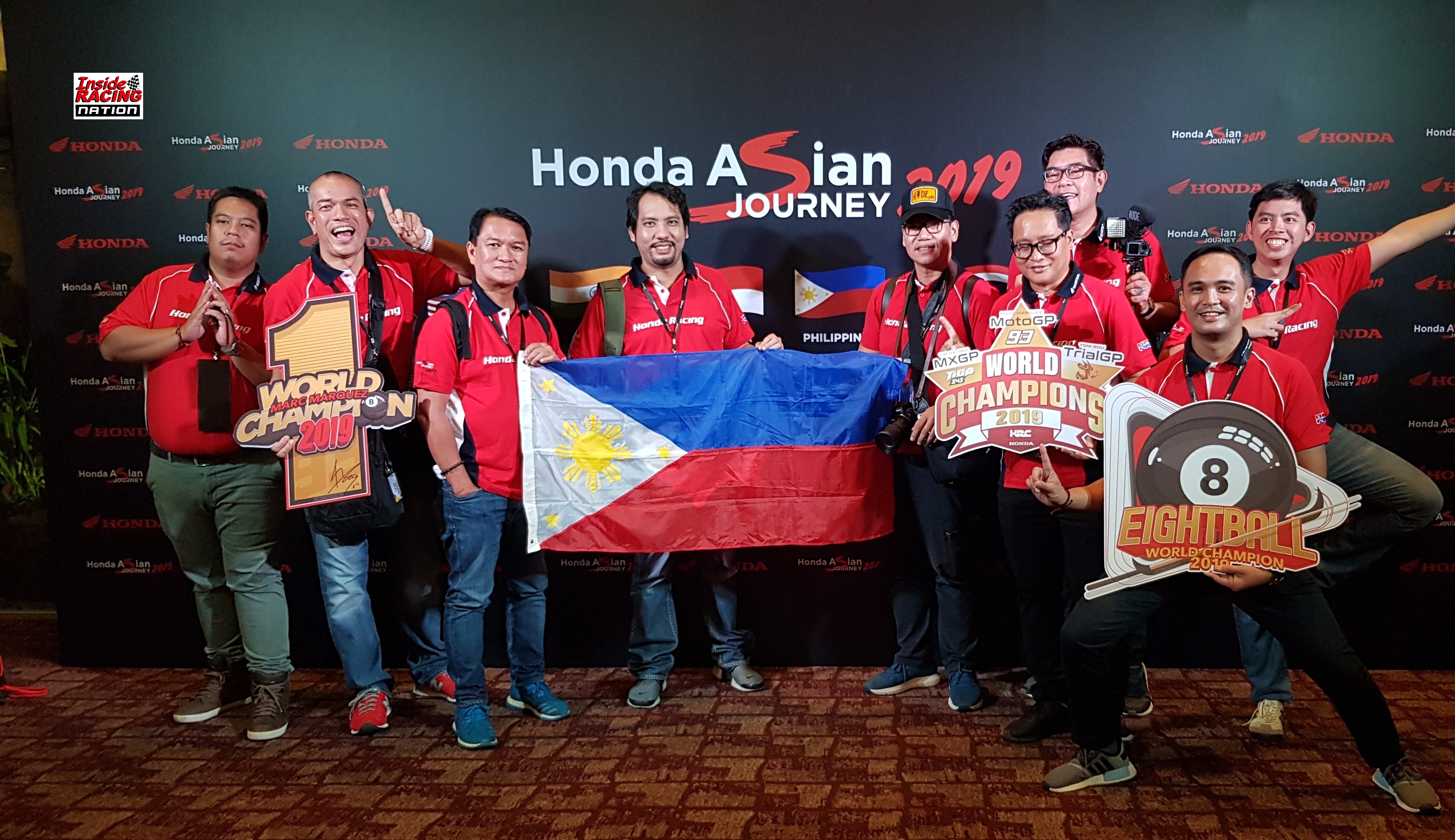 Putrajaya is Malaysia’s third and largest Federal Territory in former palm oil estate in Selangor. It takes over the administrative functions of the capital Kuala Lumpur.

After a quick freshening up, everybody prepared for the second highlight of the day which was the Honda Racing Night Gala Dinner at the Main Ballroom of the Sama Sama Hotel. 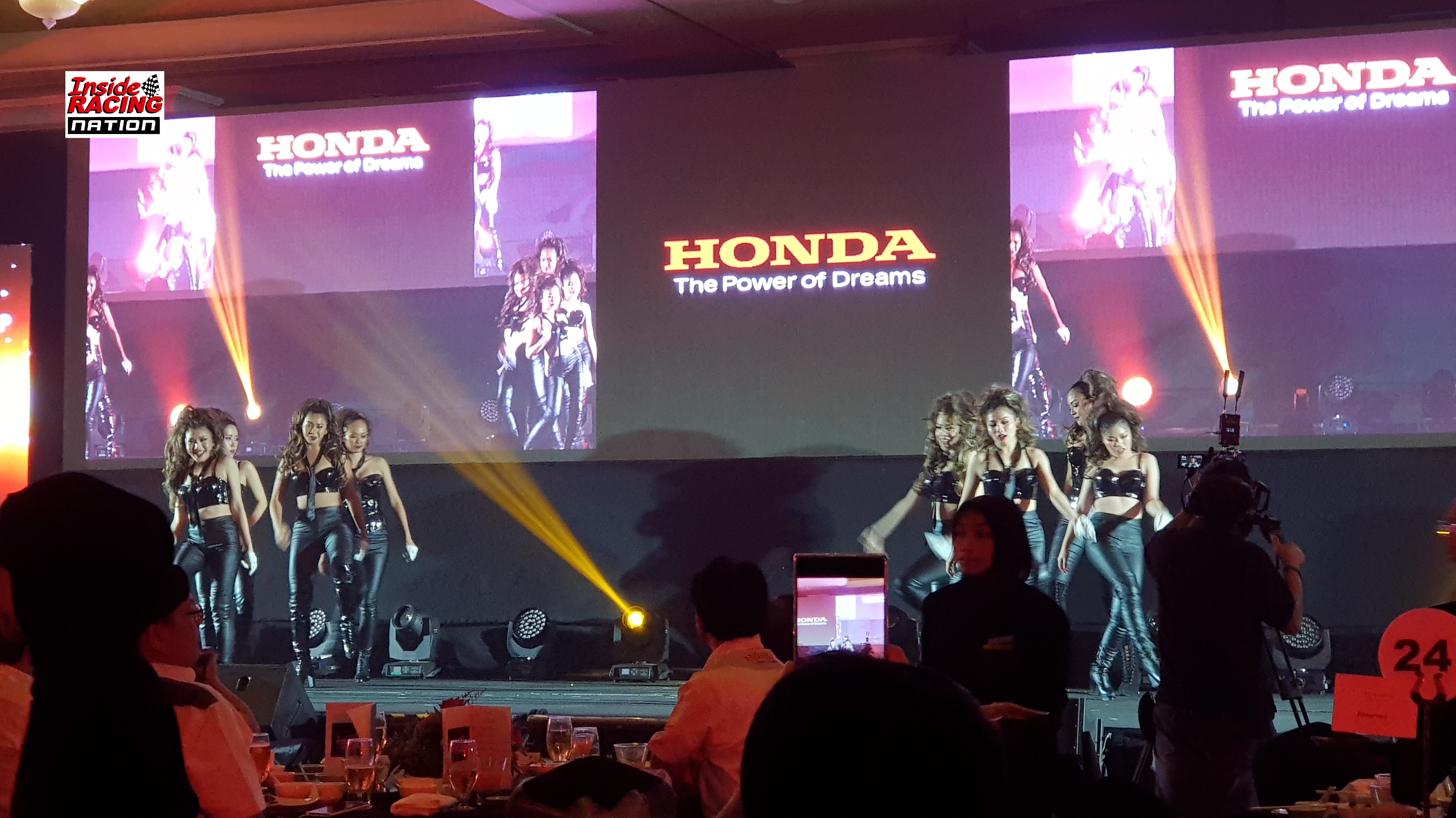 There, the rest of the Philippine media contingent arrived to join the HAJ participants.Aside from the 8-course dinner, the highlight was the presentation of Honda’s Grand Prix riders from Repsol Honda and LCR Honda as well as Honda Asia’s Moto3 and Moto2 riders from Asia and Japan. 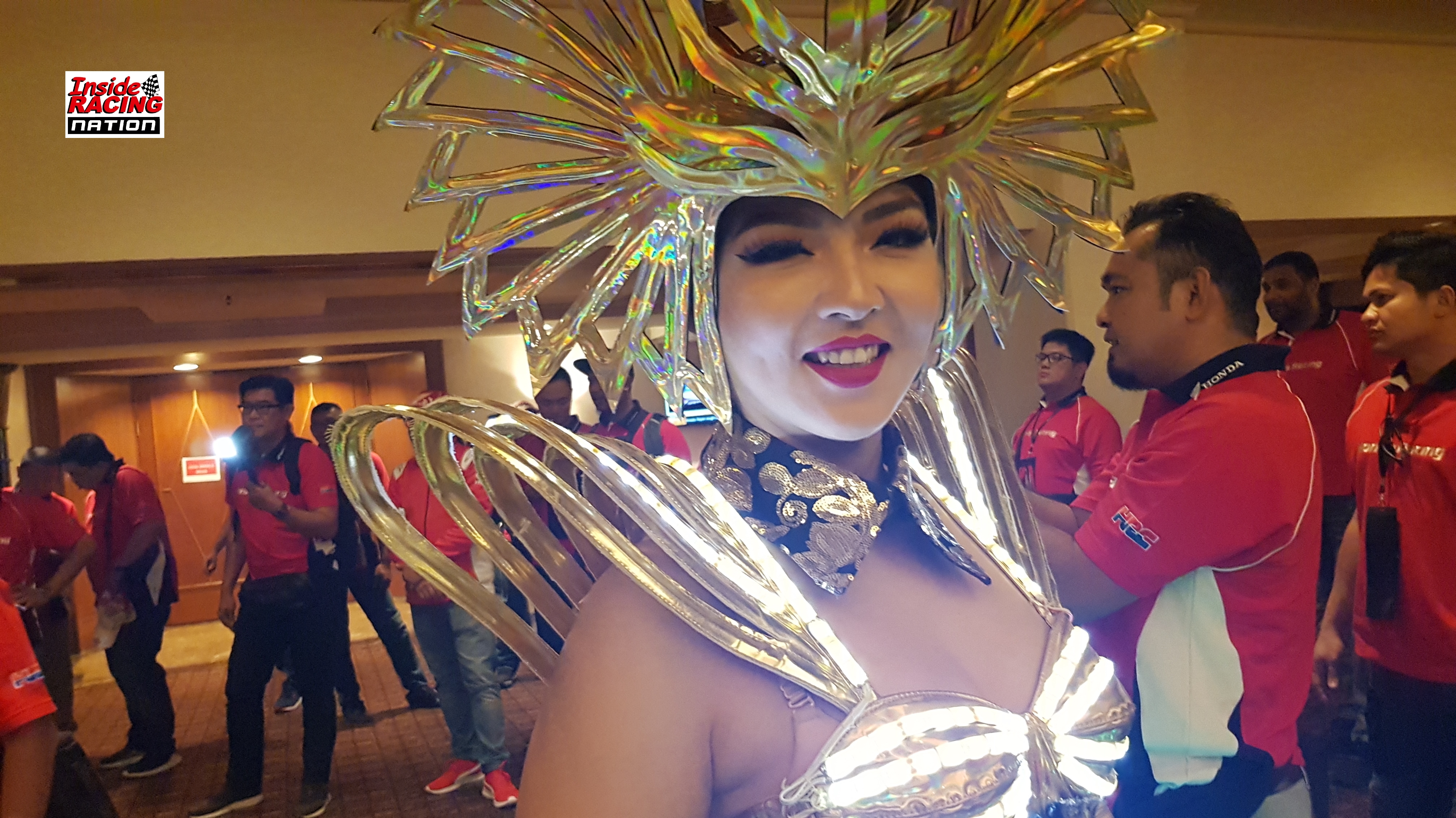 The night started with a solemn minute of silence as Honda gave tribute to the passing of young Indonesian rider Afridza Munandar during Race 1 of the Asia Talent Cup at Sepang earlier.

Also, Makina’s Zach Lucero of the Philippines won the HAJ photo contest that gave a very nice prize of a Marc Marquez-signed helmet. 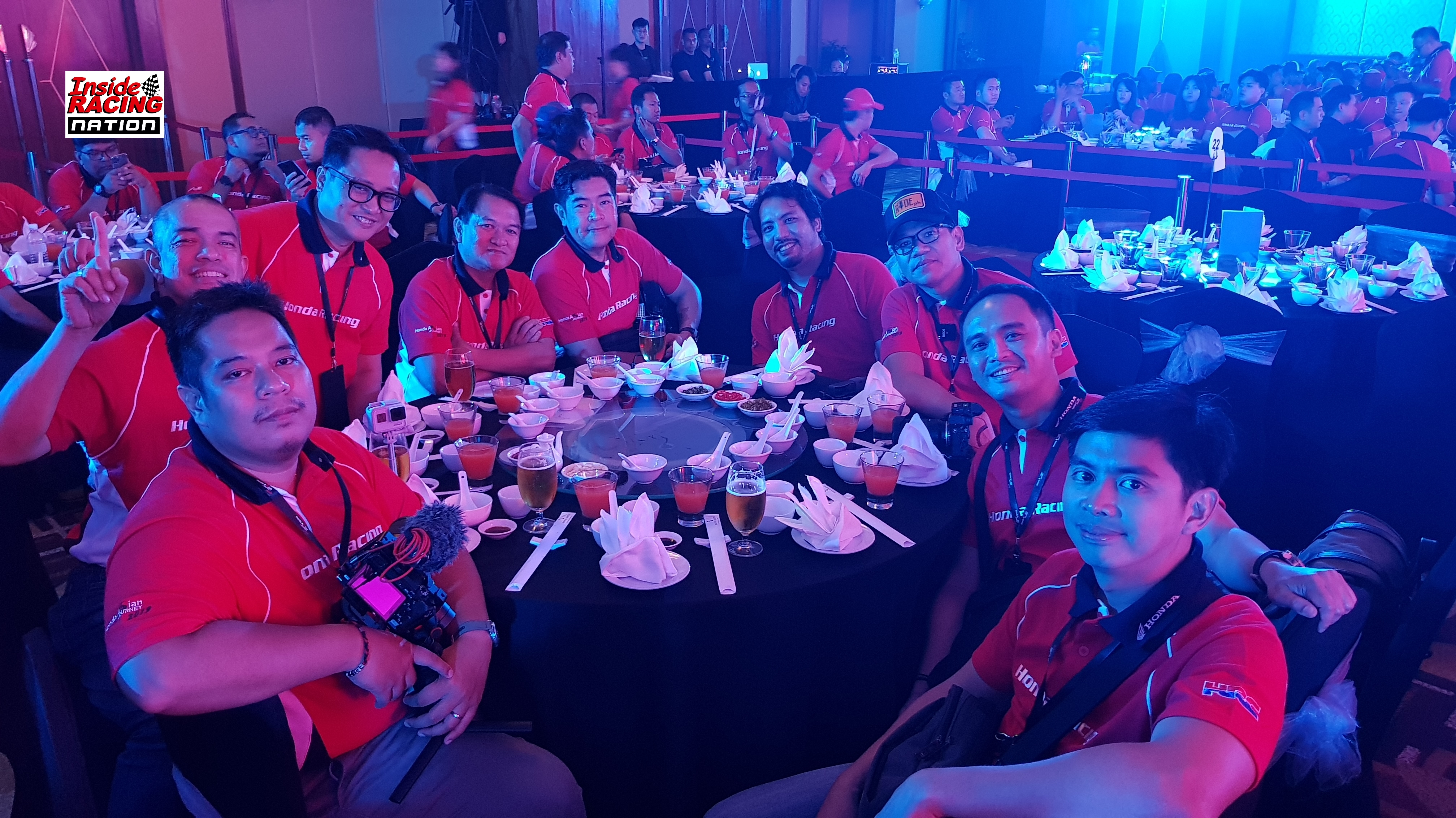 During the dinner, fun games among the participants and presentations of top Honda Racing VIPs were held before the star riders took to the stage led by Jorge Lorenzo and Cal Crutchlow. 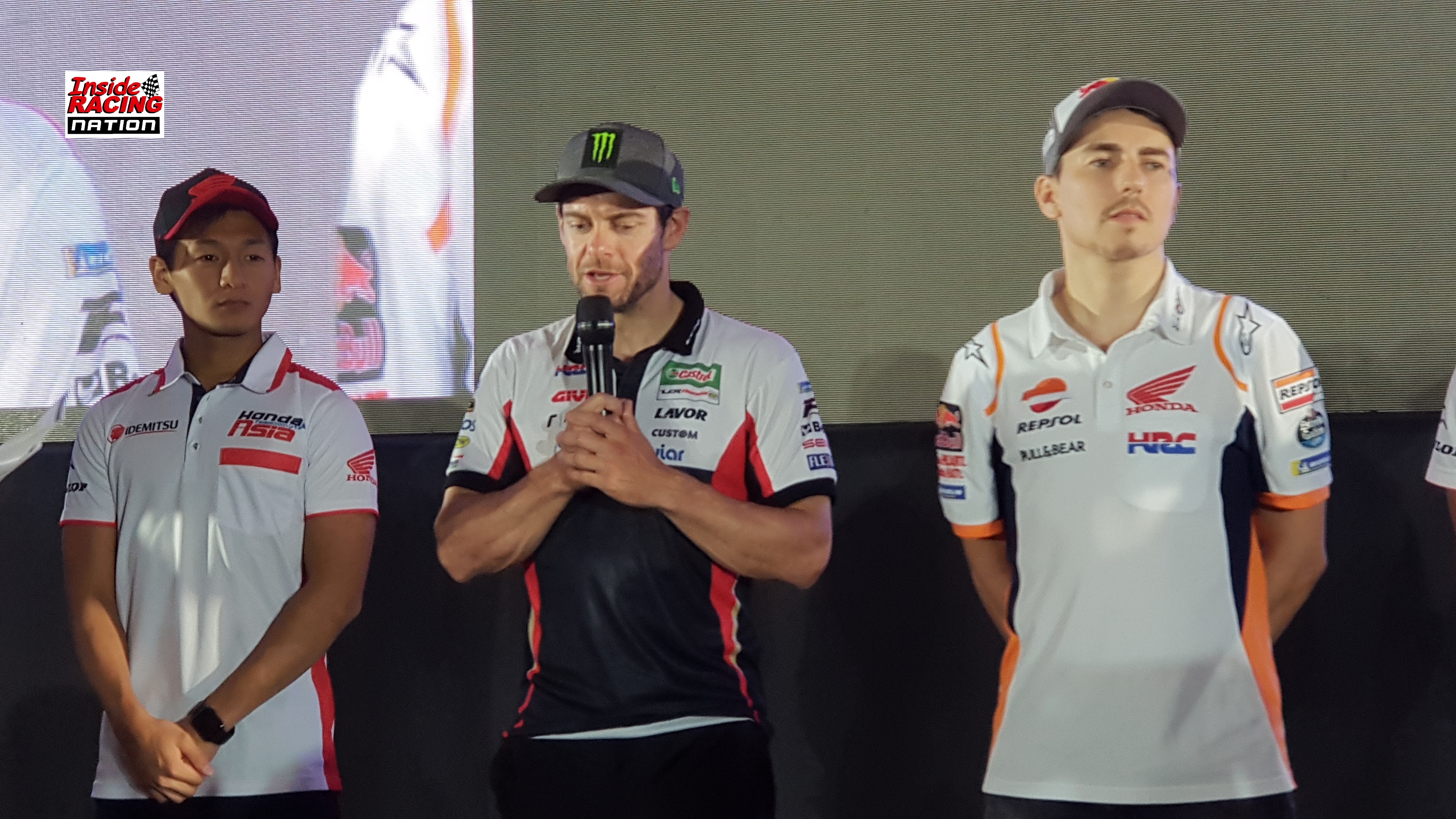 Lorenzo said SIC is his favorite while Crutchlow said he feels good and looks to be strong in the race. Both MotoGP riders gave advices and tips to the Asian riders in ATC, Moto3 and Moto2.

Unfortunately, the highly anticipated personal appearance of World Champion Marc Marquez did not happen as he was injured in Qualifying just a few hours before and needed to rest and recover for the race. But he was kind enough to give a video message to everybody. 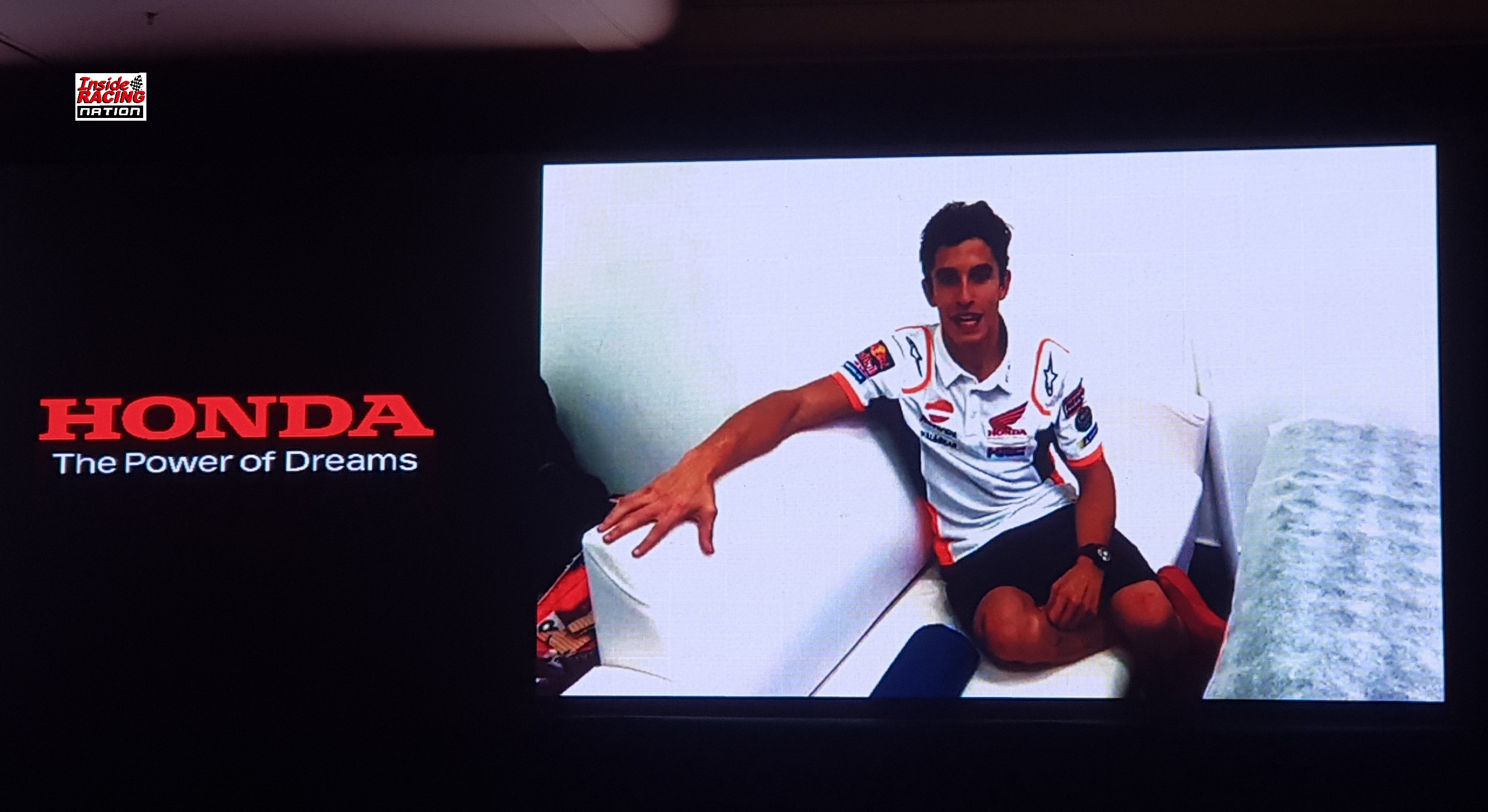 The Honda Asia Journey concludes on Sunday when the HAJ participants will be joined by almost 1,000 other riders on a ride to Sepang Motorcycle GP. 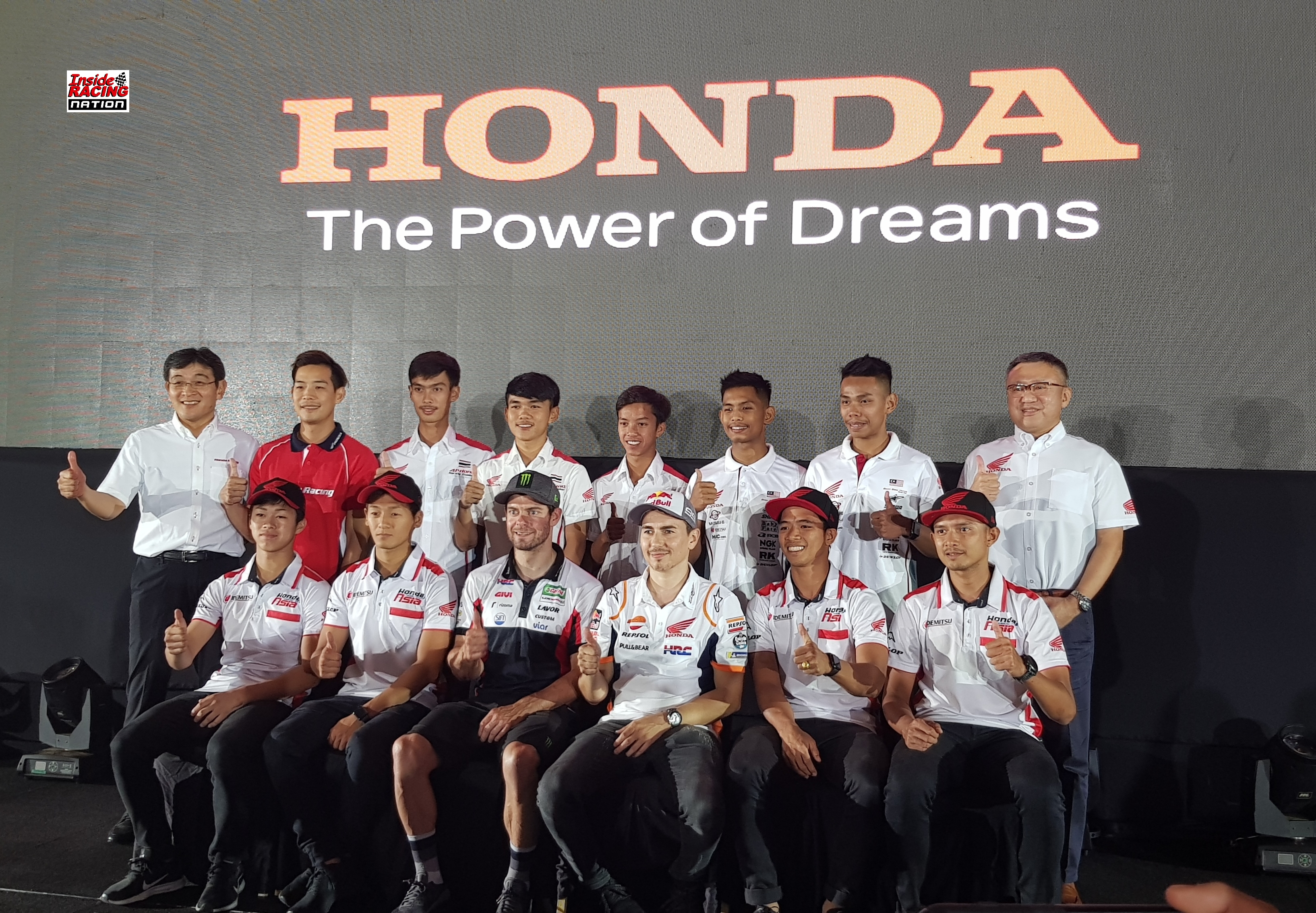