Lolita Casibang, Ivan Abana and Jefferson Diwa sent us this amazingly heavily modified Honda TMX 155 and shared to us the story behind this eye-catching creation. 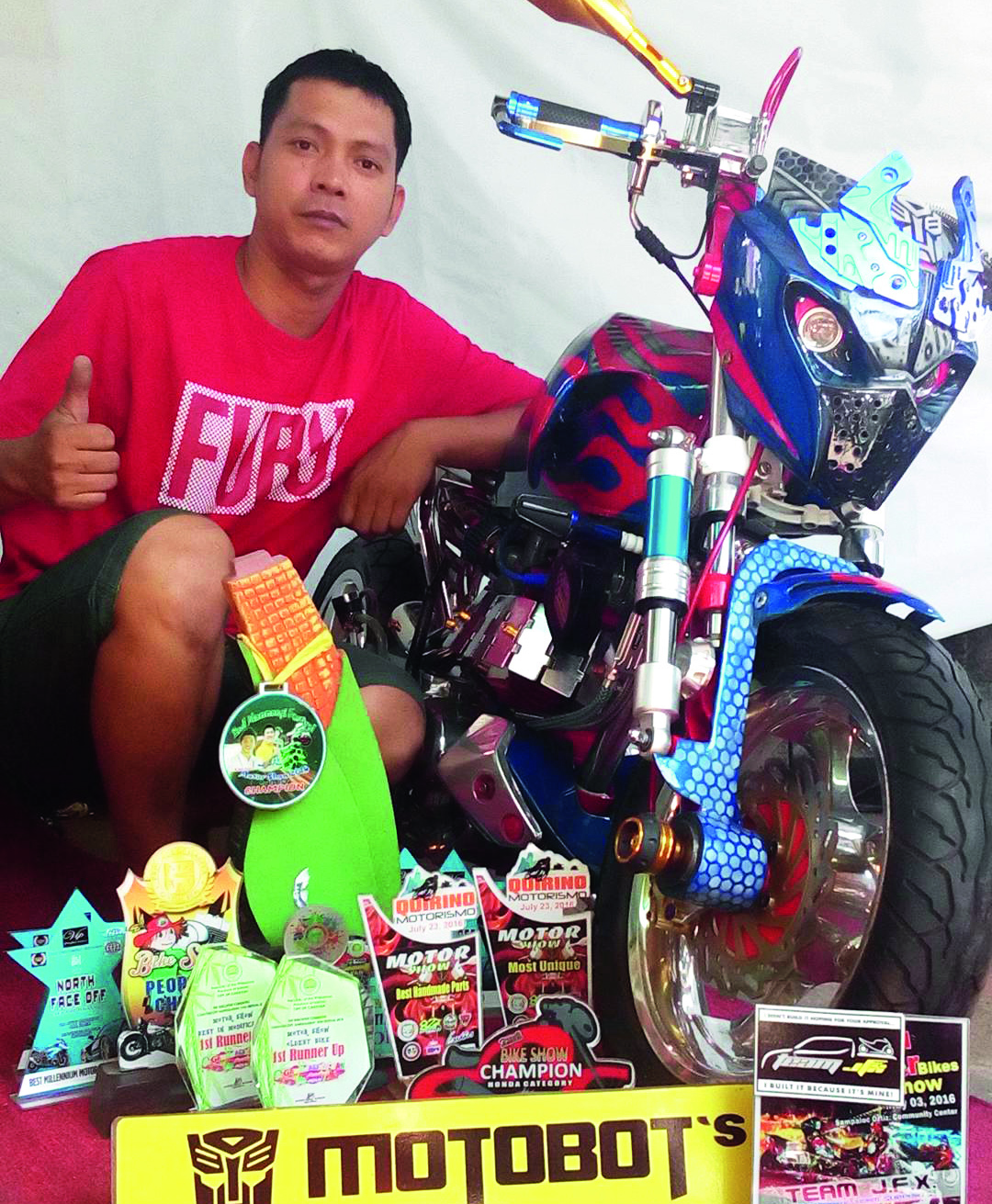 Forex Powertech Enterprises bought the Honda TMX 155 at Contact Point last May 2011. At first, the motorcycle was just used as a service every time they needed to go to the market. There was a time when the owner decided to sell it but fortunately her husband told her that why not improve the image of the unit instead. “After some time, I got curious about the motorcycle parts of this Honda TMX 155 and since we had a motorcycle business, I have thought of what my husband told me. Until then, we started to conceptualize the image of the motorcycle. We came up with the idea of structuring Optimus Prime since it was our son’s favorite toy. We did it bit by bit and we were watchful with the details in every parts of it. And with the imbued talent of Jefferson Diwa, we were able to outburst Optimus Prime,” the owner shared. 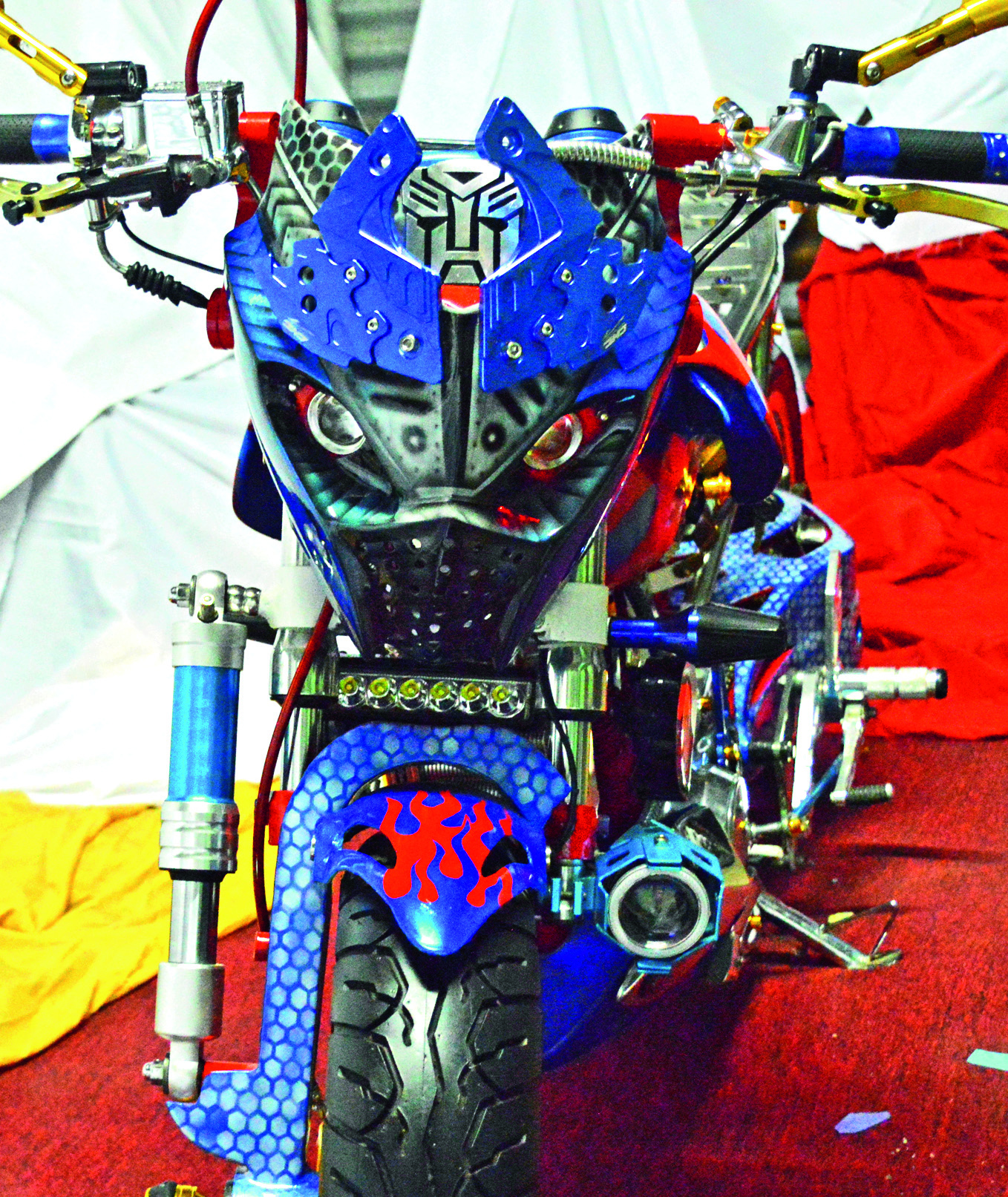 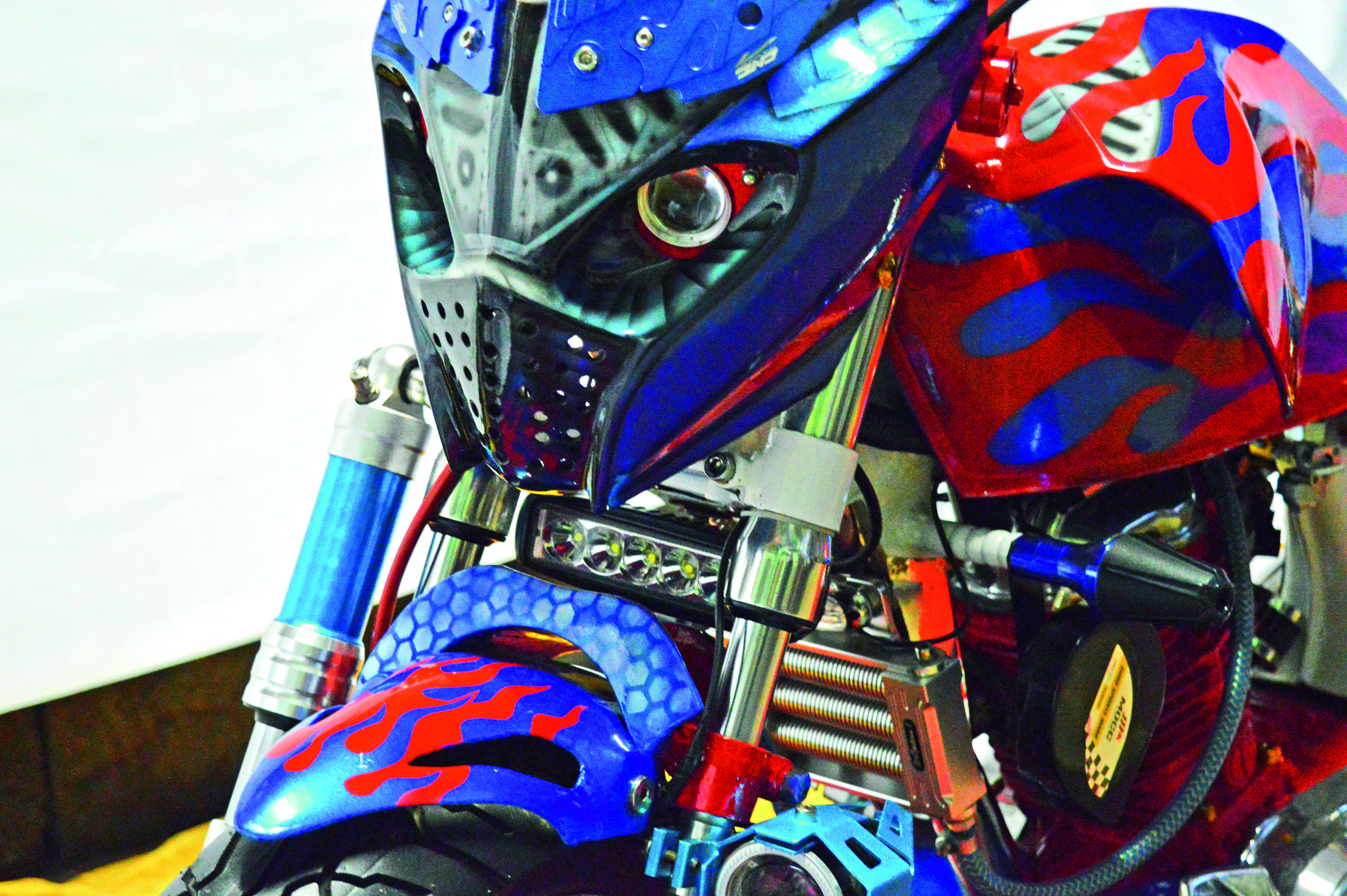 Every time there is a bike show around the town or nearby towns, they take it seriously and prepare for the show. She always makes sure that there is something new in the motorcycle as she knows it is indeed a continuous process. The goal is to have as many awards as possible in order to be recognized. And that’s what they have been getting ever since joining motor shows. Optimus Prime won its first trophy as Best in Modification. It proved to be a big honor for the owners. In the succeeding years, Optimus Prime have gone through a lot. It already transformed into a more detailed Optimus Prime. There is still much to do with the motorcycle but little by little Optimus Prime goes through various changes and improvements while at the same time showcasing the available parts and accessories of Forex Powertech Enterprises. 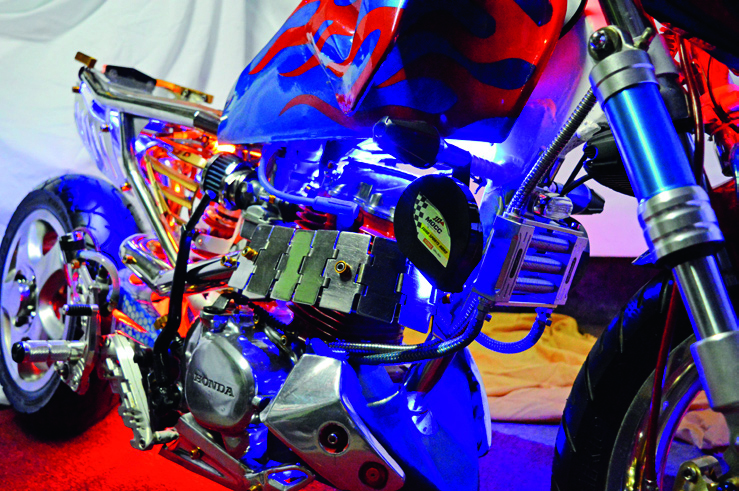 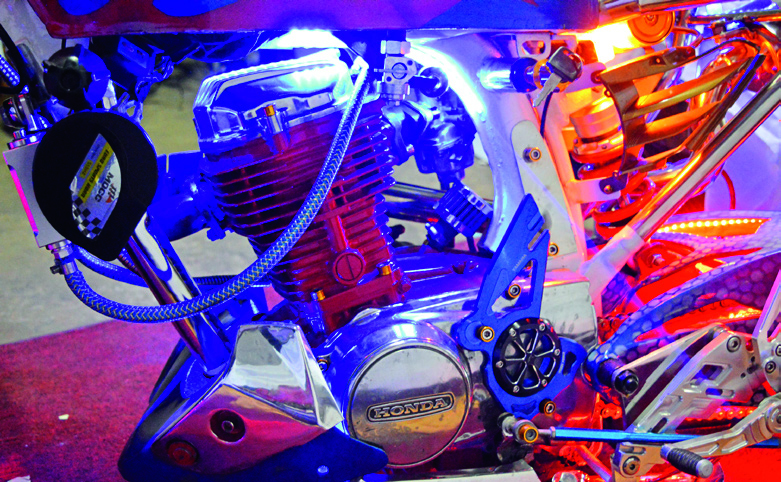 Special shoutout by the owner: “To our fellow motor bike enthusiasts, show off your talents. Stand by your dreams and build your own toy bike. For parts and accessories of motorcycles, you may visit Forex Powertech Enterprises and its two branches at Cauayan City, you may look for Bing or call 0917-467-9917. Special thanks to Team JFX, Puma De Guzman and InsideRacing Magazine for giving me the chance to show my very own Optimus Prime!” 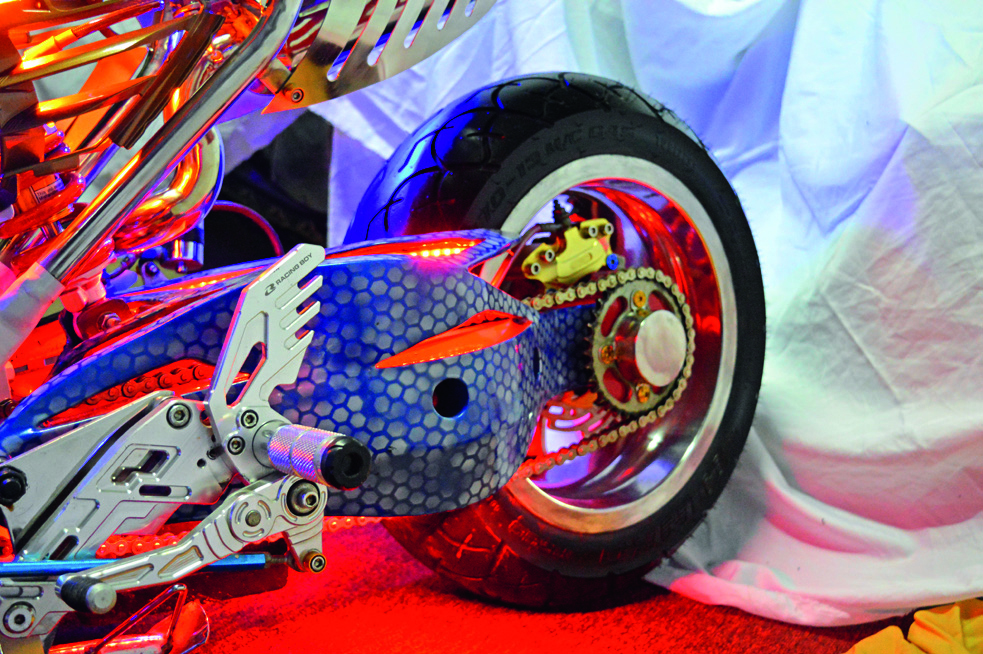 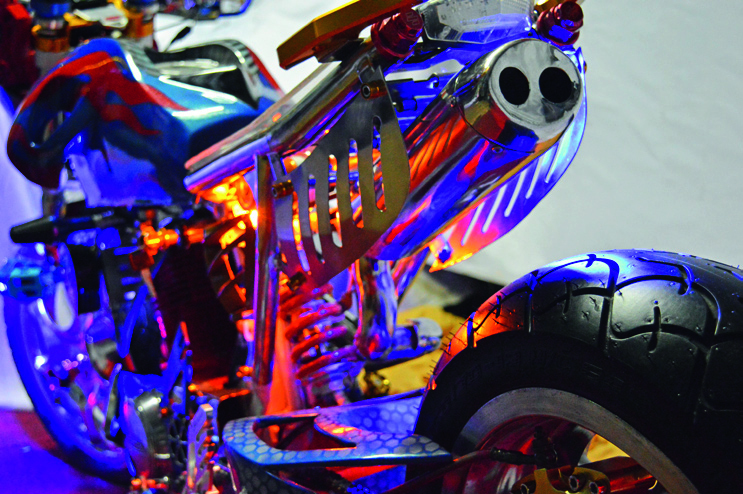 There is still much to do with the motorcycle but little by little Optimus Prime goes through various changes and improvements while at the same time showcasing the available parts and accessories of Forex Powertech Enterprises. 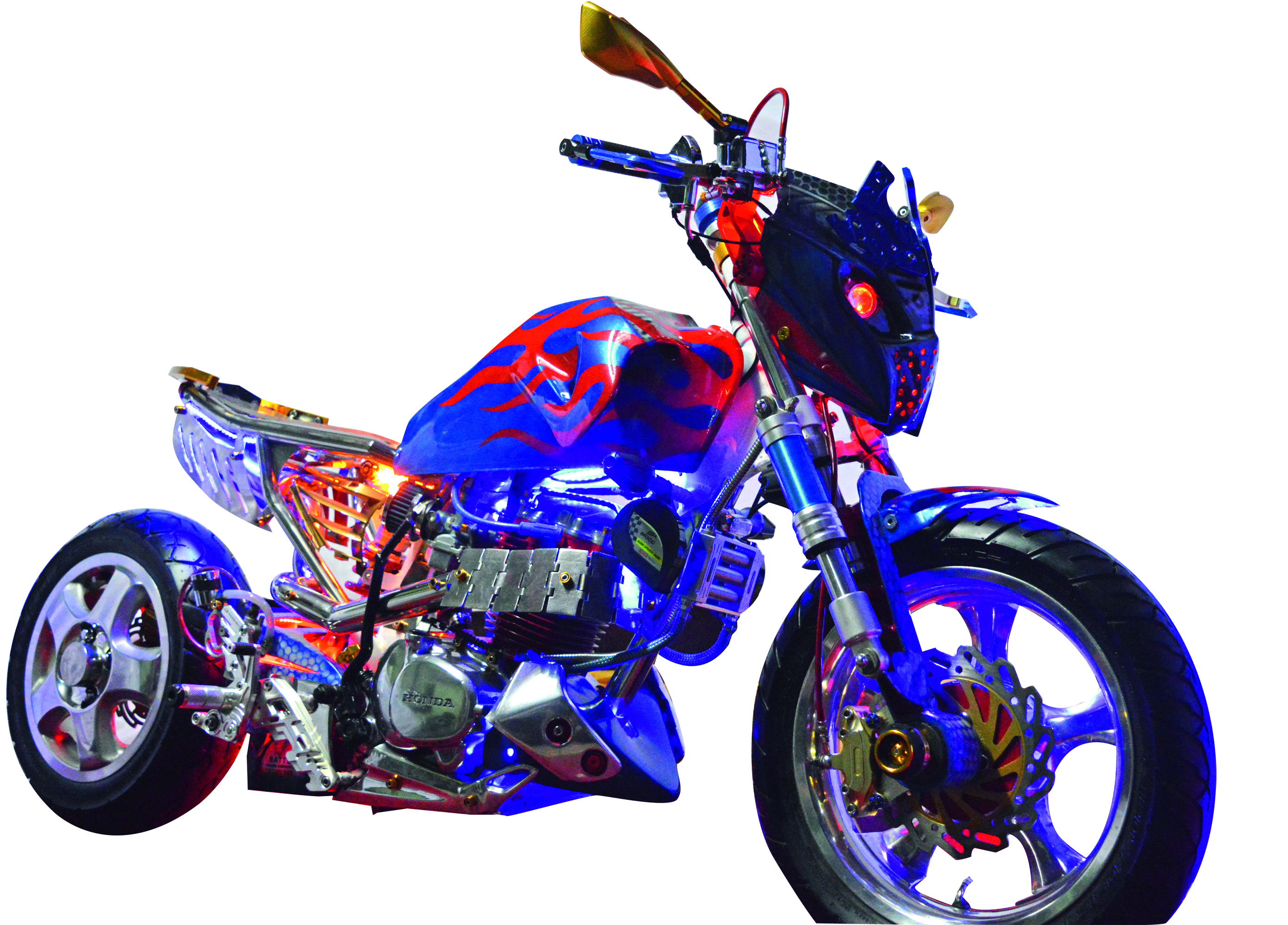