Well I have said it before but I shall say it again. “You Gotta See This.” Those were the first words that came to my mind when I first saw a preview of this bike a few months ago via e-mail. I was so excited to see the real thing, and when I finally got a chance to see the bike up close a few weeks ago, I was awestruck. This bike just hits you like a bolt of lightning. Combining a unique blend of engineering savvy, insane engine mods, dazzling lighting works and killer graphics, this bike will surely catch your attention. 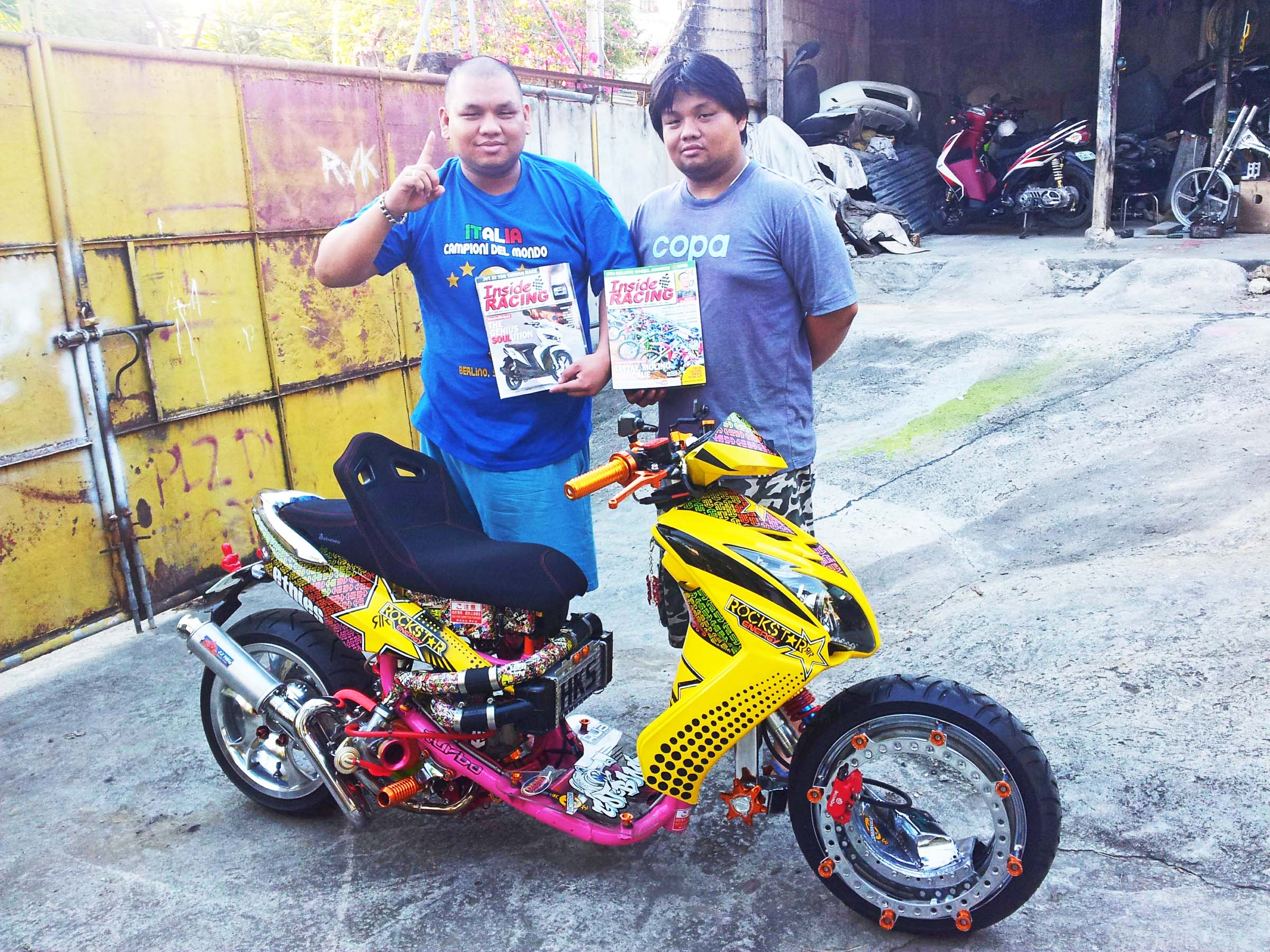 The bike was built by brothers Roel and Rosel Kong of Cebu City. The brothers wanted to build a bike that was truly unique and challenging so they decided to make a hubless scooter. Roel spent countless hours in research, design and development together with the crew at C&N Engineering who have never tried this before. Sheer determination on Roel’s part guided the team to come up with a custom machined hubless front wheel assembly which was developed from multicab rims. The single side lefty swing arm assembly was entirely made from scratch to accommodate the wheel. Its disk rotor and caliper assembly was specially machined to go hand in hand with the design. It is certainly a testament of Filipino ingenuity in finding ways to bring bright and complex ideas into reality. 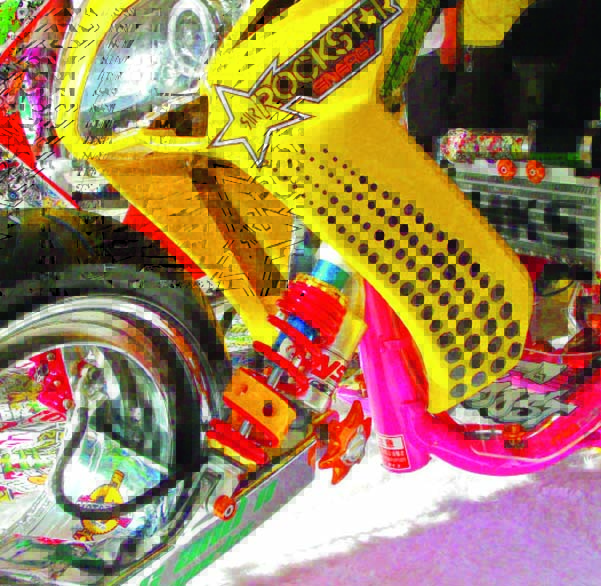 Modifications did not stop there as the brothers were not content with off-the-shelf upgrades to the engine. They installed an ATV turbo charger system imported from the UK and custom machined the components to fit their engine setup. To keep the high performance engine cool, they installed a custom machined intercooler from a car to compliment their turbo system. For the rear suspension, the brothers did a custom-made monoshock system specially designed for their bike. For the exhaust system, they had the exhaust manifold specially made to accommodate the ball bearing turbo assembly and the exhaust canister is from YYPang Exhaust. 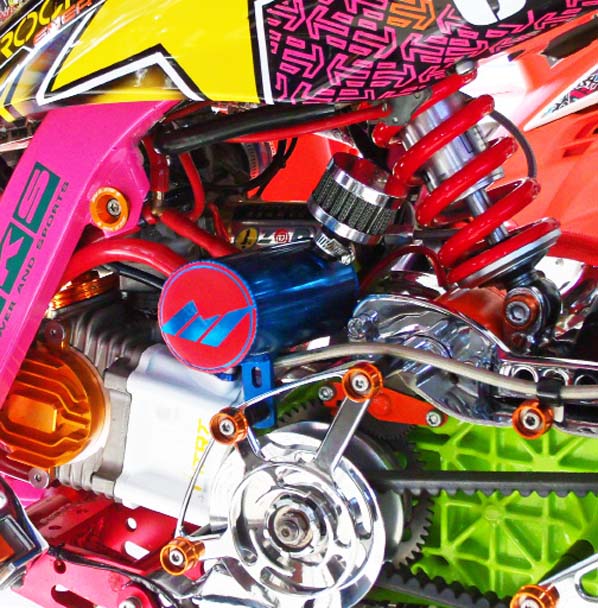 The brothers would like to thank R.U.A Motorparts, Genwin Concept Motorparts, Motowerks City Customs, Mio Nation and DDM for helping them secure the parts needed for their bike.

The brothers certainly pushed the engineering boundaries with their creation which was no easy accomplishment. A lot of time, effort and good old fashioned hard work was invested in their bike and its certainly a bike they can be proud of knowing that despite the obstacles they encountered during the bike build, they accomplished something never done before and that they were pioneers in creating a whole new level in underbone and scooter customization in our country. So from InsideRacing, this is for all the underbone and scooter customization enthusiasts out there. 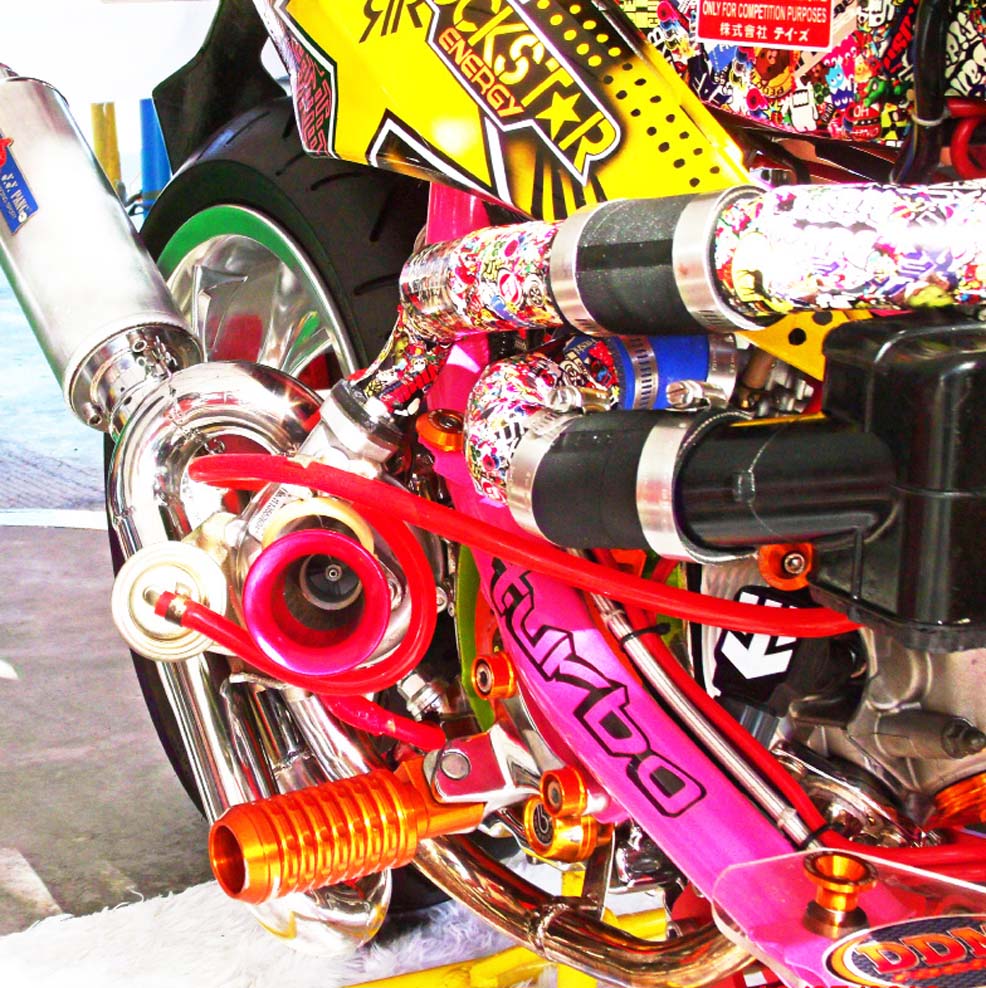 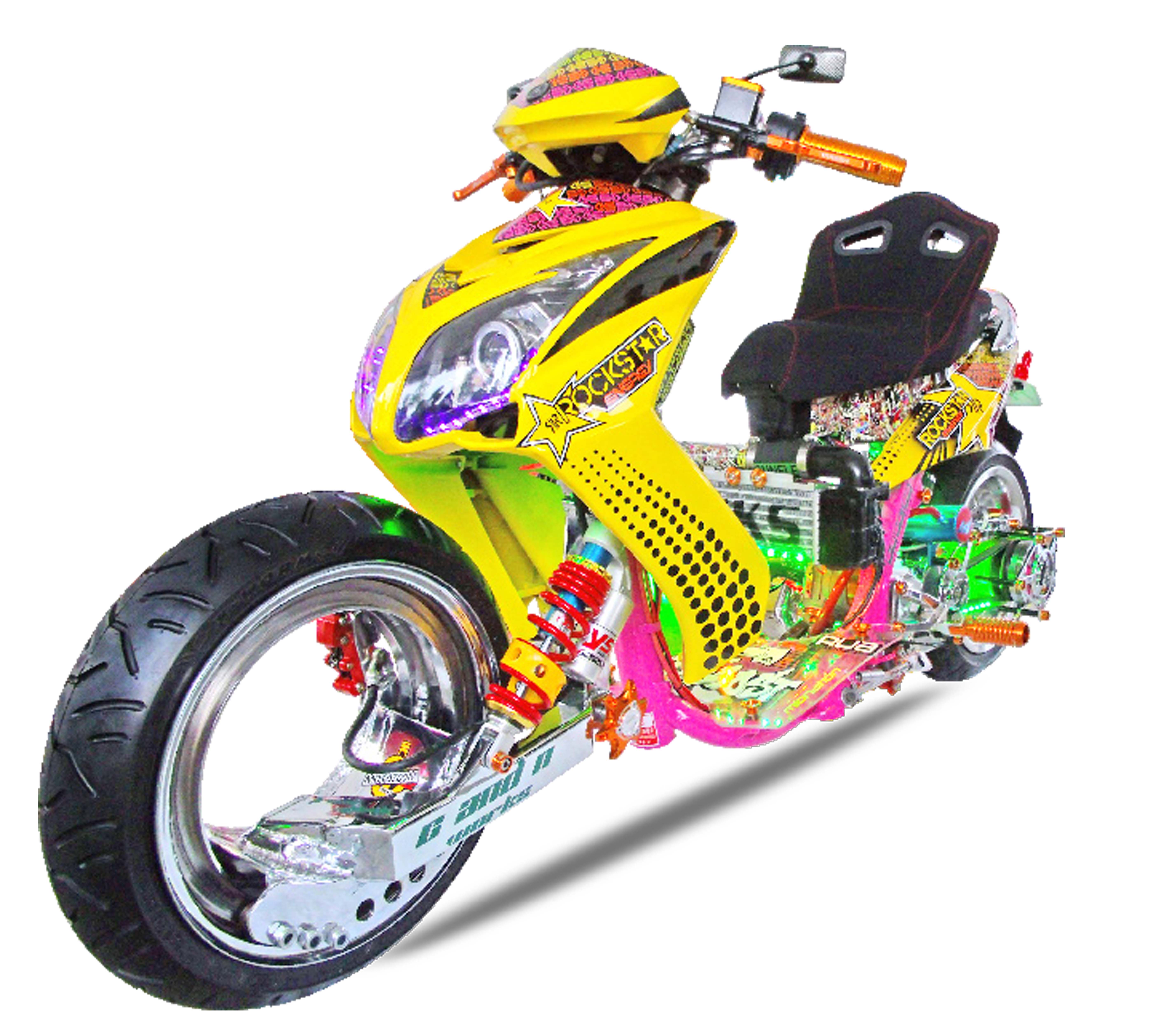