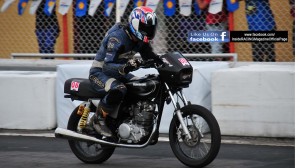 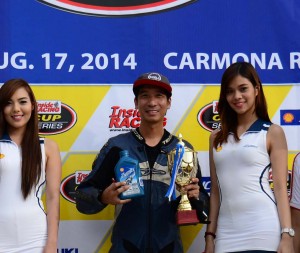 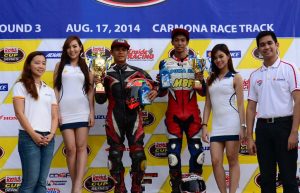 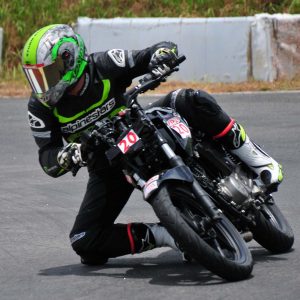 The second ever race of the 2014 IR Backbone Open Championships was dominated by Kawasaki riders as Team AJRL-NRA’s Jade Lazaro took the 180 Open class on board his Kawasaki Barako while Jason Baguasan of JAD Racing took home the 135 Open win on his Rouser 135.

The fastest rider of the day was championship leader Joey Rivero of Team Kawasaki-Spyder on board his Rouser 180. He managed to take Pole Position and the race’s fastest race lap of 59.8s. He encountered trouble on the first lap and managed to re-start late in the race but he was unclassified at the finish.

Suzuki was also represented in the race with Maico Buncio Foundation rider Lawrence Villanueva on board a stock Suzuki Thunder 125 took second place in the 135 Open.

More teams and riders will join the third and final round of the series on Sept 14 when the Backbone Championships Finals joins the first ever IR ONE MAKE RACE FESTIVAL.

The 3-race 2014 IR Backbone Championship organized by InsideRACING and sanctioned by the Underbone and Scooter Racing Association (USRA).