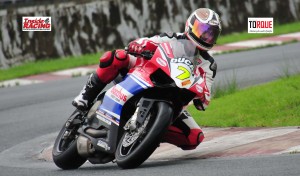 15-year-old TJ Alberto finished ahead of other 19 Ducatisti in the third race of this year’s Ducati Cup Powered by Bacchus at the Clark International Speedway on August 3. The young Alberto also won the Novice class. Open class winner Jussi Hoikka finished second while TJ’s father Toti came third and snagged the Master category. Ronald Singson prevailed over Bullet Jalosjos in the Celebrity class again and was second to Redge Burila in the Beginner and fourth in the Master class. Richard Panlilio clinched the Intermediate class while Gerald Aycardo won in the Super Legends. In the Ducati Naked classes, winners were Miguel Bichara (Naked A), Peter Miguel (Naked B) and Dax Ayson (Naked Open). The 2014 Ducati Cup is organized by Access Plus and powered by Bacchus Energy Drink and is sanctioned by the Superbike Racing Association (SBRA). More detailed reports and photos to follow in InsideRACING and TORQUE magazines.

No Travel Authority Needed within NCR and within a Province

Thoughts of a Filipina rider in times of difficulty and uncertainty

Can you guess what this acclaimed Filipino race car driver recently added to his garage?