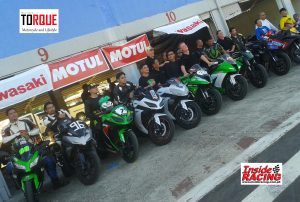 The first Kawasaki Ninja Cup was held at the Batangas Racing Circuit last September 7 together with the fifth round of the 2014 Petronas Philippine Motorsports Championships. It was well supported not only by Kawasaki riders but fans and enthusiasts as well who enjoyed and cheered in the prefinal and final races which featured race classes for 1000cc, 650cc and 250cc Kawasaki Ninja riders. The Prefinal race had 5 laps while the final heat was comprised of 4 laps. Both races featured 17 Kawasaki riders. After two races, winners in the first Kawasaki Ninja Cup were Dex Cañaveral of Team Titans in the 1000cc class, TKK/Pinoy Ninja’s Baki Libarnes in the 650cc group and Darwin Macaraeg of Nijaddicts-Club MR in the 250cc category. Kawasaki Motors Philippines’ Mr. Arnel Juco was present at the event and was delighted with the success of the first Kawasaki Ninja Cup.

Here are the list of Winners of the 1st Kawasaki Ninja Cup held last September 7 during the 5th leg of the Pirelli Philippine Superbike Championships at the Batangas Racing Circuit.

An Awards night and celebration was held at the Kawasaki Krib after the InsideRACING One Make Festival event at the Carmona Racing Circuit.

The first Kawasaki Ninja Cup was limited to Beginner and Novice riders  and was organized by Kawasaki Philippines and Mr. Joey Storm Rivero. It was supported by Spyder, MOTUL, Hercules Foods, and official media partners InsideRACING and TORQUE Magazine.

More photos and complete report in InsideRACING and TORQUE magazines. 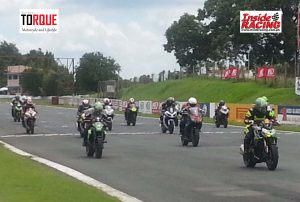 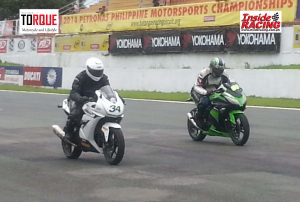