IR brings the MAGIC to Mindanao with 1st ever IR Mindanao Bikefest!

IR brings the MAGIC to Mindanao with 1st ever IR Mindanao Bikefest! 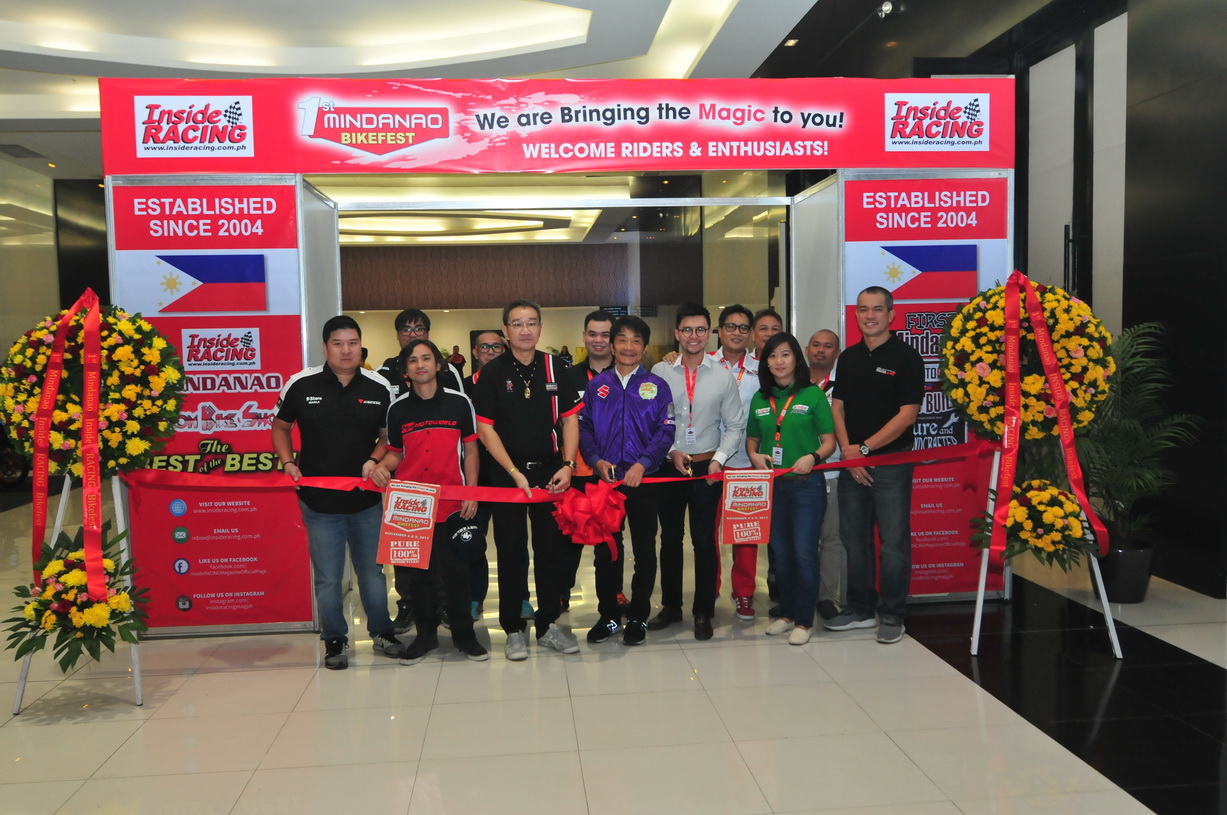 Part of the festivities is the Biker Builds display, which aims to show the creativity and passion of bike builders. Established in 2016, Biker Builds has a simple and direct approach: showcase the best bike builders in the country. The IR Mindanao Bikefest was the perfect event to showcase beautifully custom-made motorcycles in the Biker Builds Exhibition. Café Racers, Scramblers, and other classic motorcycles captured the attention of event goers as these creations truly showed the ingenuity and creativity of Filipino custom bike builders. The inaugural show in Mindanao featured custom bikes from the best builders in the region courtesy of two of the top builders in Mindanao including Cafe Racer Davao and Dadiangas Classics of Gensan. The bikes showcased were custom-built, as the builders would say and this means that it truly would need a lot of time, effort and fresh ideas to be able to create something as fantastic as the bikes that were on display. It was truly a one-of-a-kind event wherein everyone who participated in the bike display are all considered winners as they are able to inspire people by showcasing their craft in front of a huge audience. 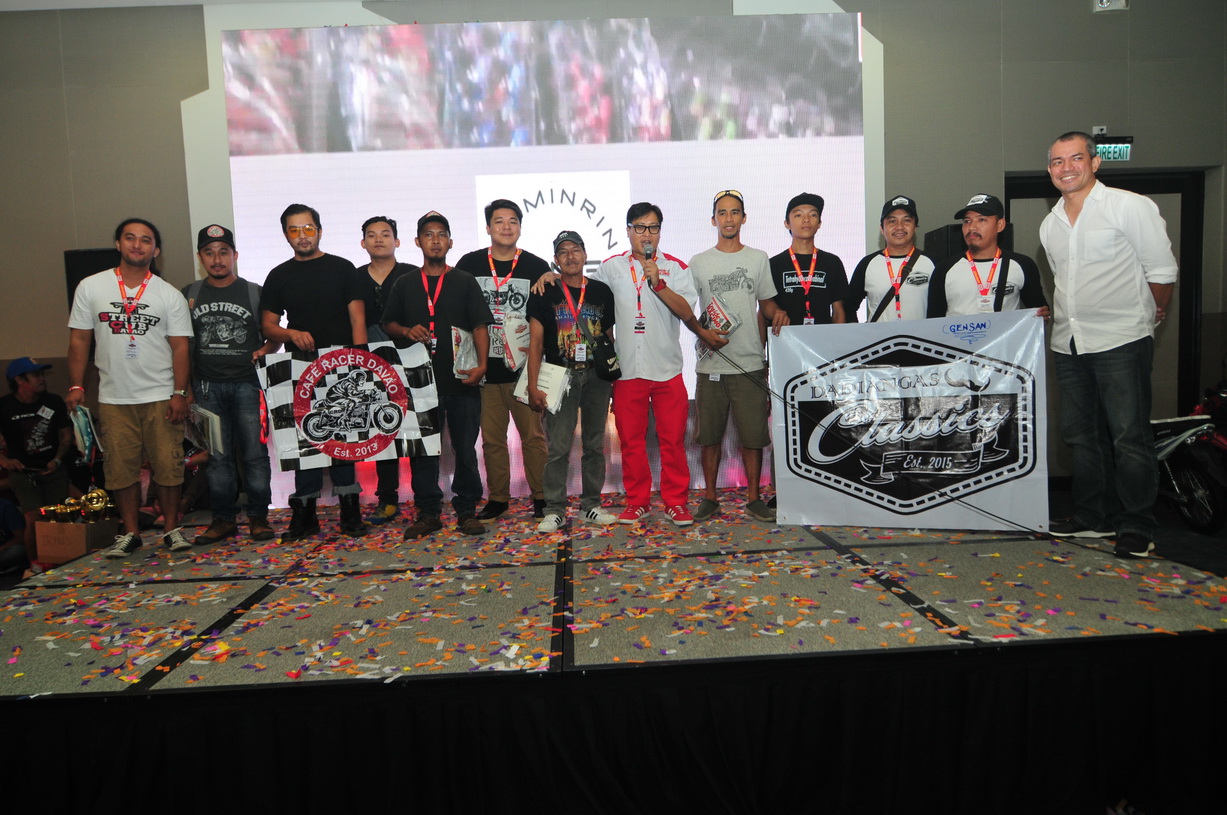 Congratulations so Cafe Racer Davao and Dadiangas Classics for making history in Mindanao!

Torque Art and Passion meanwhile had a beautiful display of elegant and top of the line bikes from the major manufacturers. This is for the meticulous and for the hobbyists as these bikes exemplify what the brand is all about, with some being top of the line. Beautiful and out of the ordinary, that’s Art and Passion.
The IR Custom Bike Show did not only provide a big venue for the modifiers to be recognized but they also provided a good show to the event goers as the fans were curious on how they were able to convert ordinary motorcycles into the masterpieces that they are now. The 1st ever IR Bikeshow in Mindanao attracted dozens of the best modifiers from the southern Philippines. It should be noted that several of the underbones who competed were Suzuki Raiders, a big testament to the popularity of this bike not only in terms of daily use but also in ease of modification. 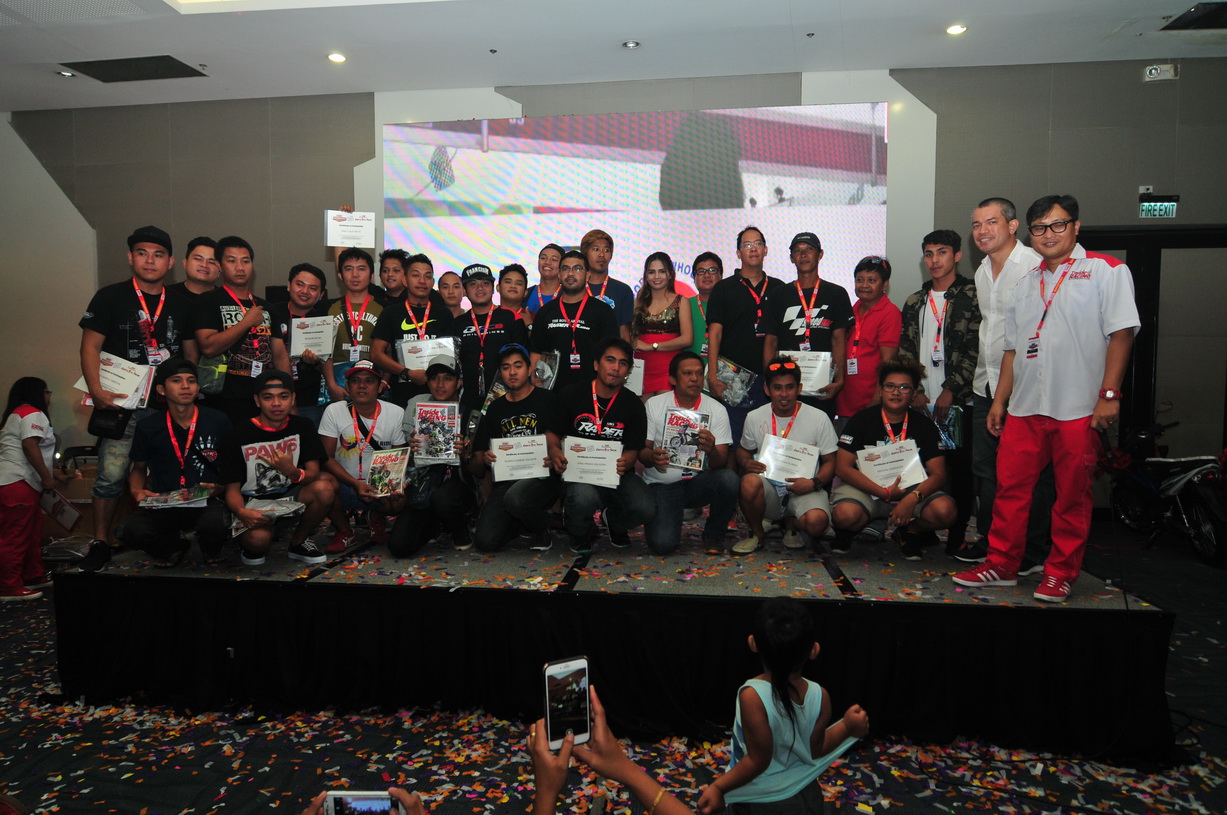 This show also proved how great the Filipino mind is when thinking of ideas to further personalize their motorcycles and what better way to showcase your craft than to display it in SM Lanang.
Capping off each day of the two-day extravaganza was the traditional IR raffle as we gave away several sponsor items from the companies who participated in the Bike Fest. The grand prize was a brand new Motorstar motorcycle for each day. All in all it was a very successful event with thousands of event goers flocking the SMX Convention Center in SM Lanang Premier to witness and be part of this historical event, the 1st ever Mindanao IR Bike Fest. See you all next May! 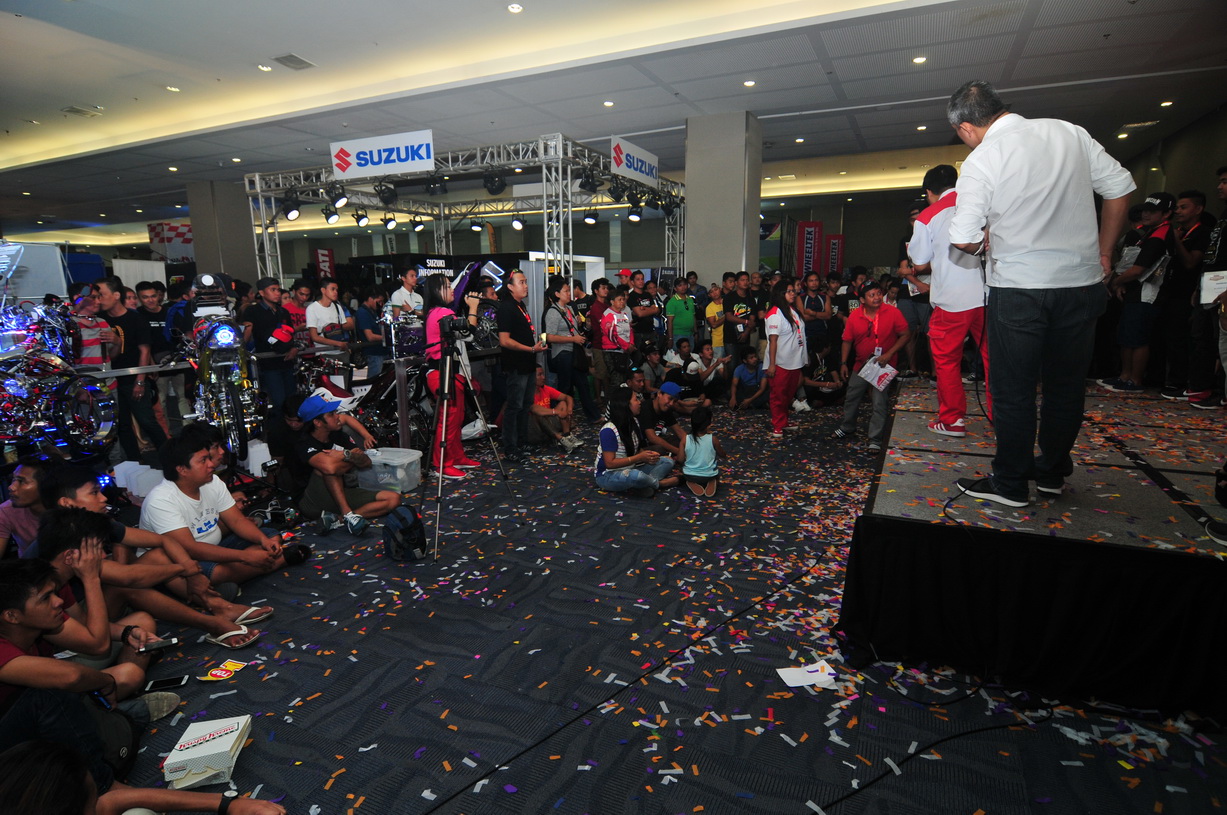 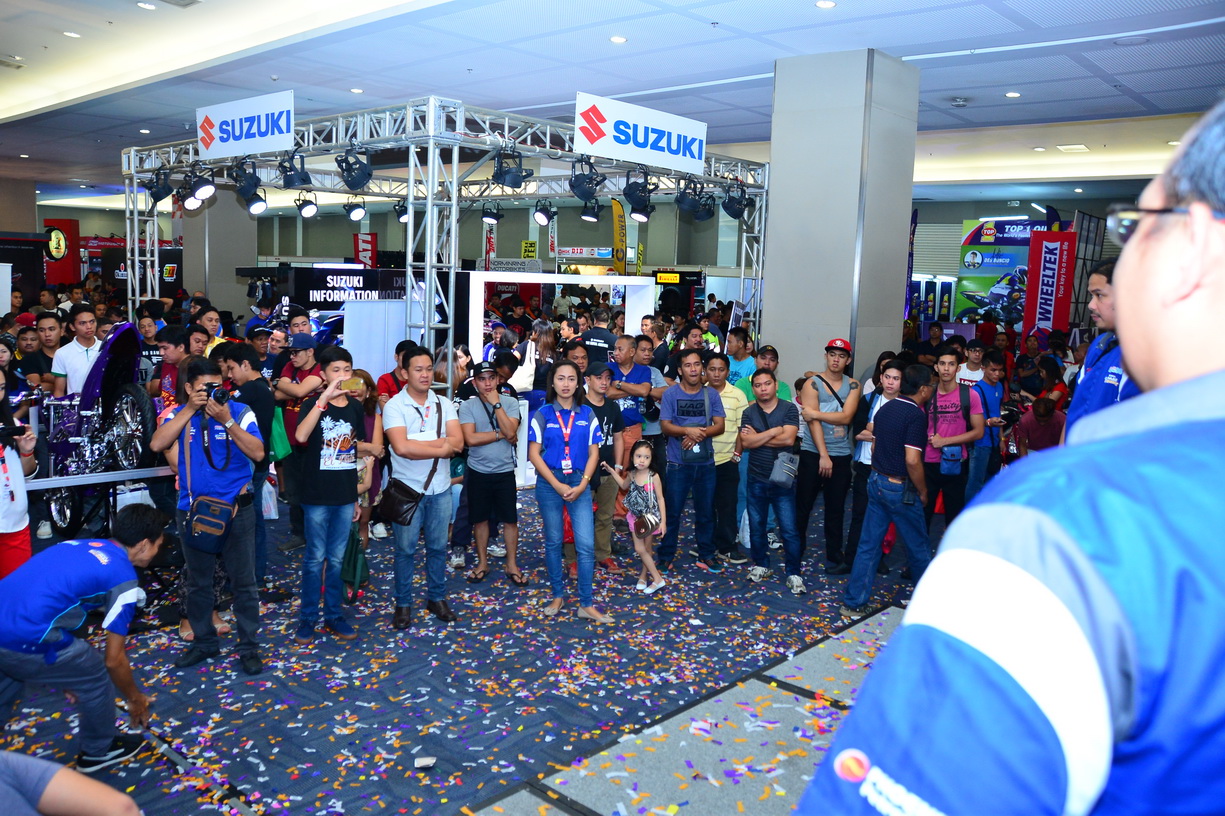 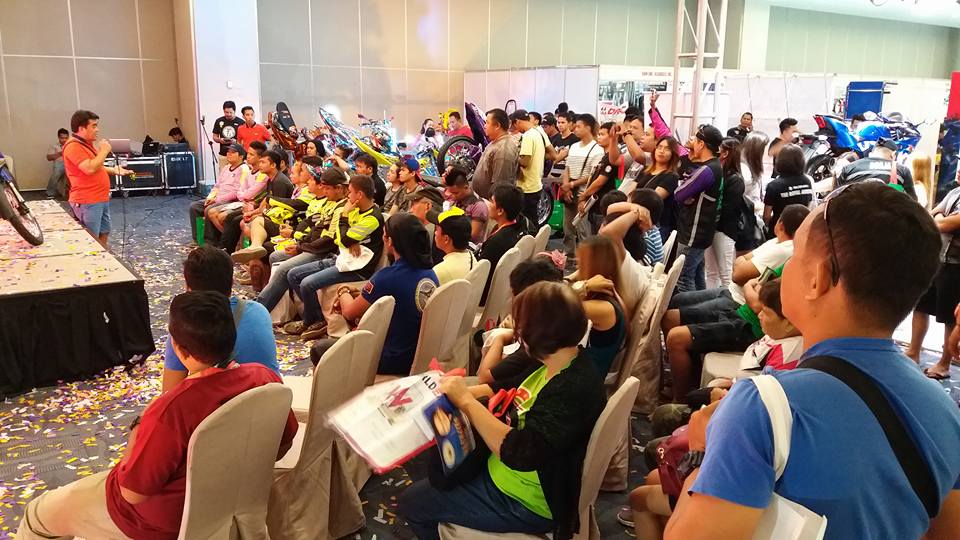 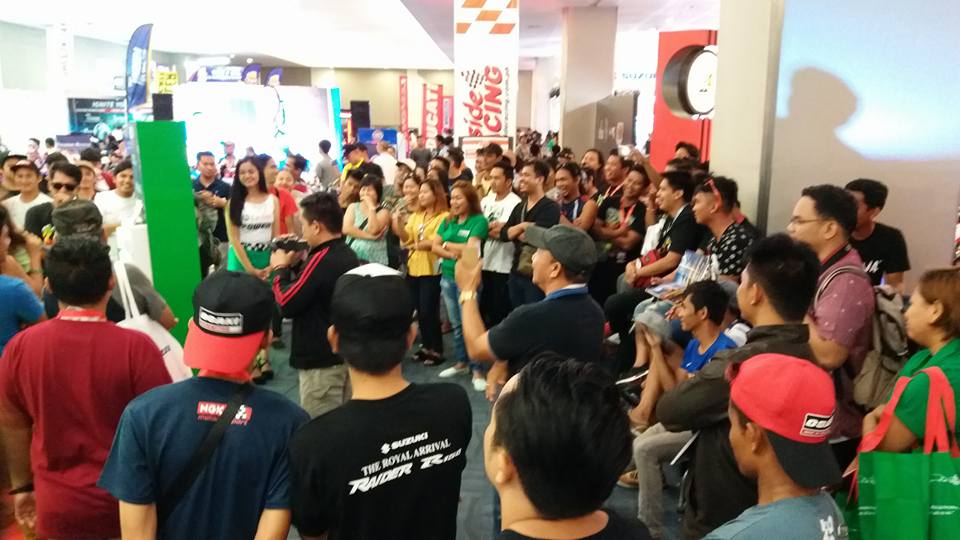 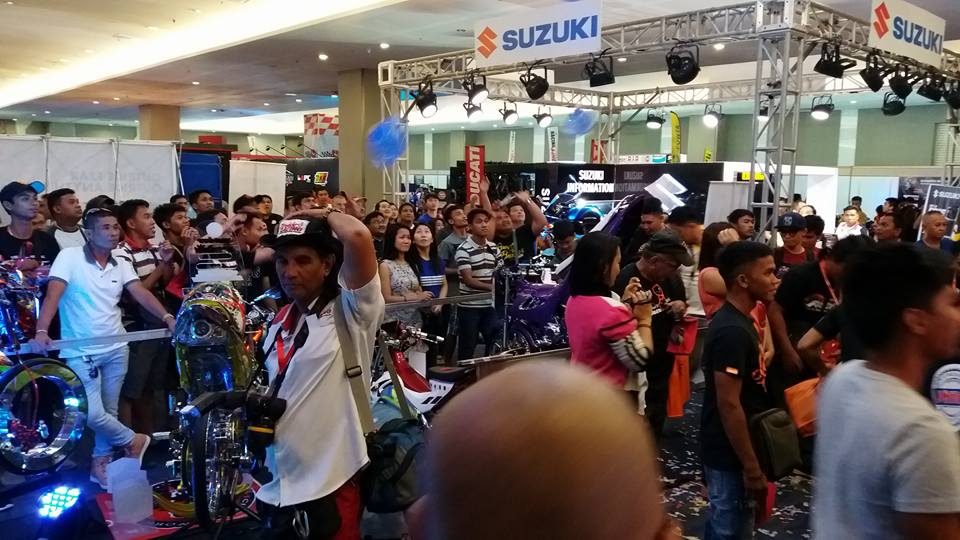 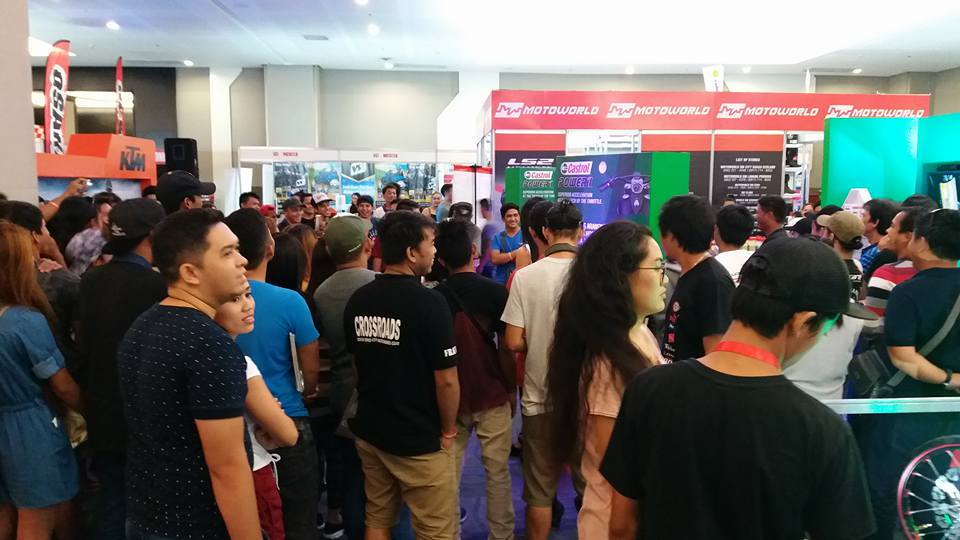