Team RPM’s Ephraim Onahon has won in the Super Honda class this year twice in a row now after a dominant performance in the Bacolod GP of the Shell Advance Super Series Nationwide Championships Fueled by Shell V-Power. The rider from Bukidnon was in an impeccable form during the race, leading from start to finish and showing that he still has momentum after winning the Super Honda race in the Bohol GP.

While Onahon was steady in front, there has been an exciting battle for podium spots. Clint Sande from Bukidnon and Dustin Esguerra from Luzon who races for Honda Philippines had a tight fray at the start of the race going into the first corner. The two crashed and were both able to remount. Esguerra then showed his expertise being an expert racer from many years now as one by one he overtook his opponents and finished in second place after starting fifth at the grid. Esguerra climbed his way in each lap until he secured the second place in Lap 9 of the 12-lap race. Esguerra still leads the Super Honda overall rankings.

Clint Sande and Dustin Esguerra scrambling to remount their bikes after they crashed at the first corner.

Dustin Esguerra (03) from Luzon climbed his way to finish the race in second place after starting fifth at the grid and crashing early in the race.

Jaycob Cabahug of FYRT impressively finished third after starting at tenth place. He got the third position in the first lap but was not able to hold on and dropped to fourth place. Cabahug from Cebu secured the third place with three laps to go. Fourth placer was FDR Gudmoto/Project M’s Sylvester Ramirez from Cebu who was in second position up until the eighth lap before Esguerra and Cabahug overtook him. 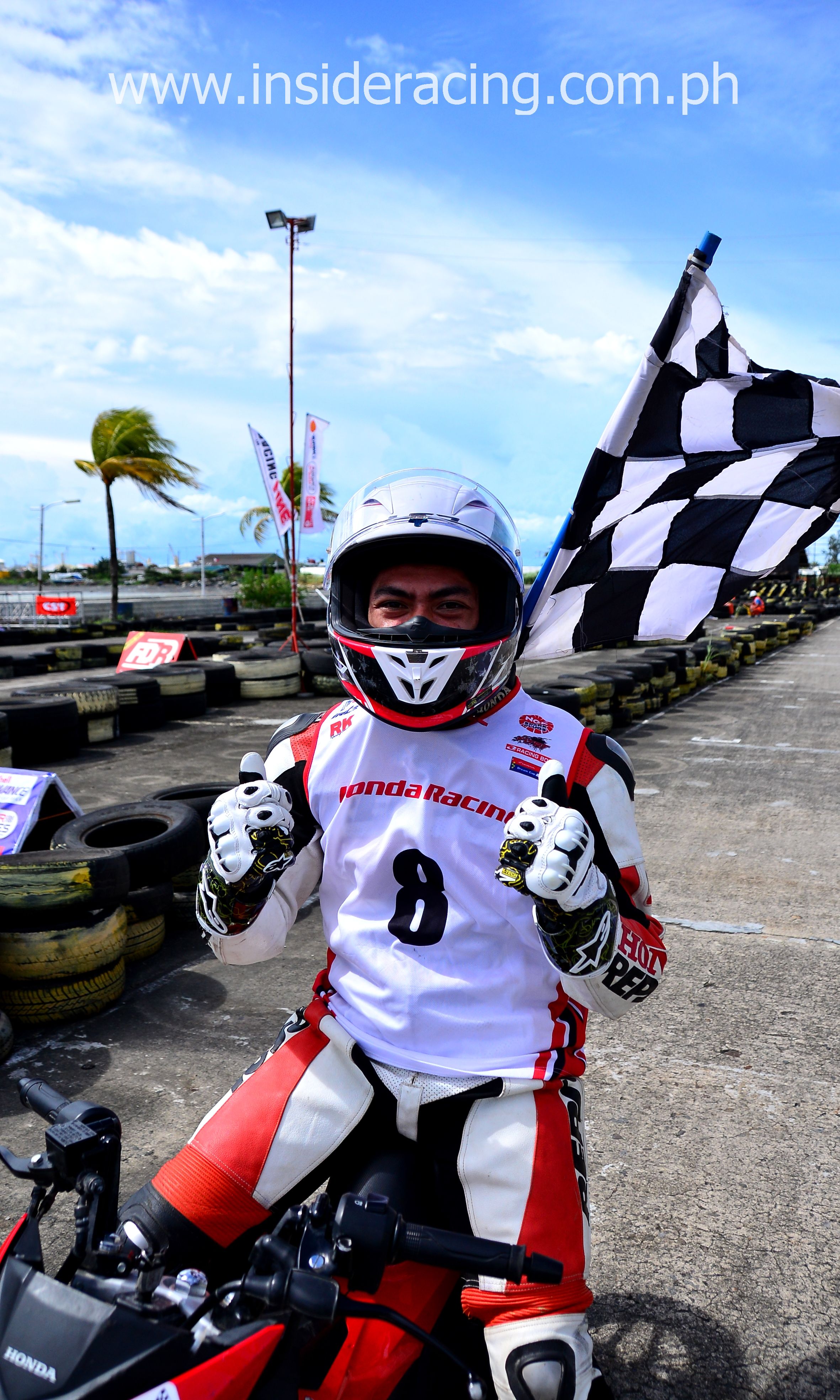 Ephraim Onahon before his victory lap 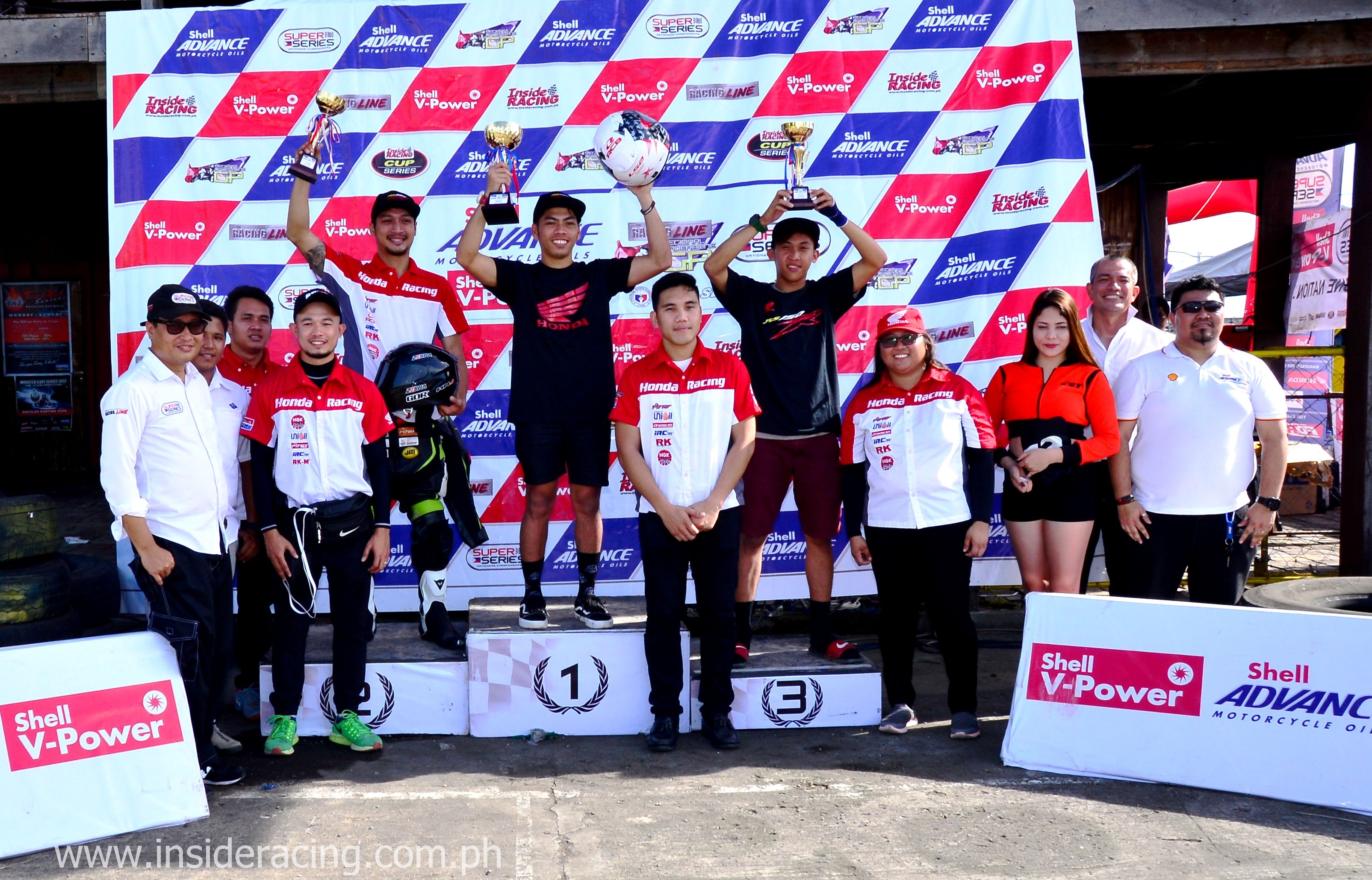 Honda RS150 race bikes are used in the Super Honda class of the Super Series.