IR News: BMW G 310 GS – the Smallest Member of the Family Has the BMW GS Genes!

After being showcased in motor shows and YouTube videos for almost a year now, the international motoring media was finally able to ride BMW’s much awaited member of the GS family in the wonderful roads around Barcelona in Spain last September. 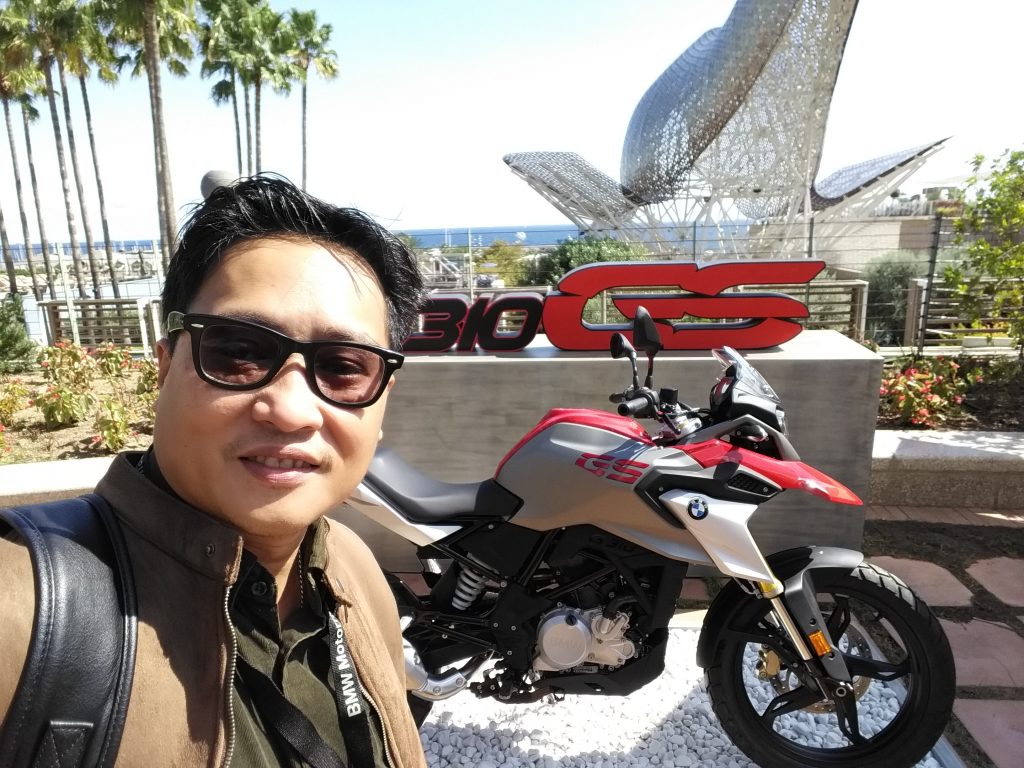 Torque/IR magazines were fortunate to represent Southeast Asia in the event attended by media from all over the world. To be honest, I was a bit starstrucked upon seeing my favorite European YouTube presenters in person. 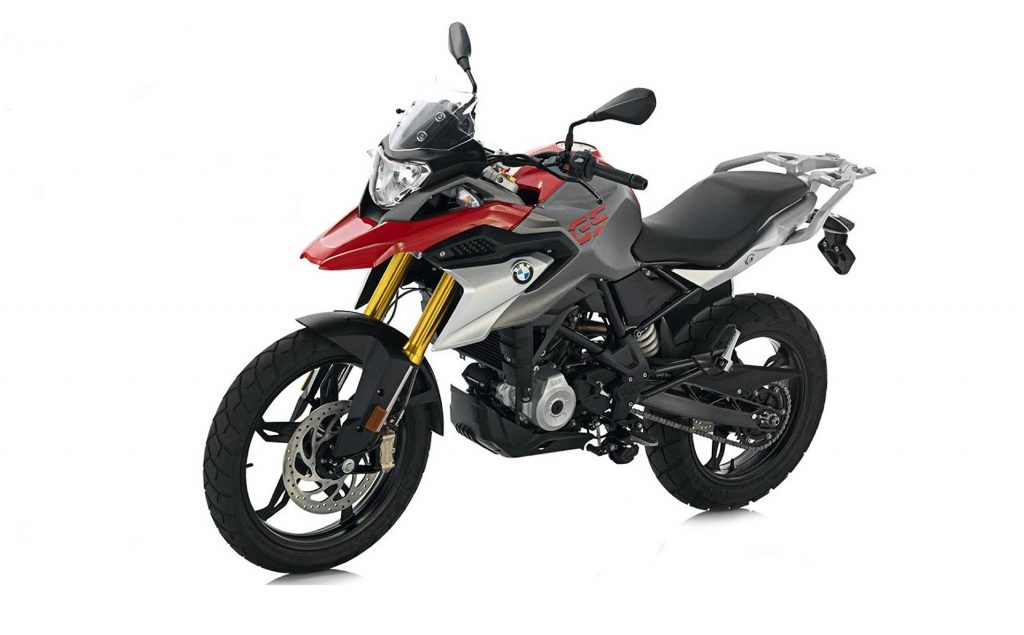 After a long travel to Barcelona that included an 18-hour stopover in Munich, Germany to see the BMW Welt, we convened at the rooftop garden of the Arts Hotel for a very intimate one-on-one discussion with BMW Motorrad experts. These include its product manager, engineers and designers. 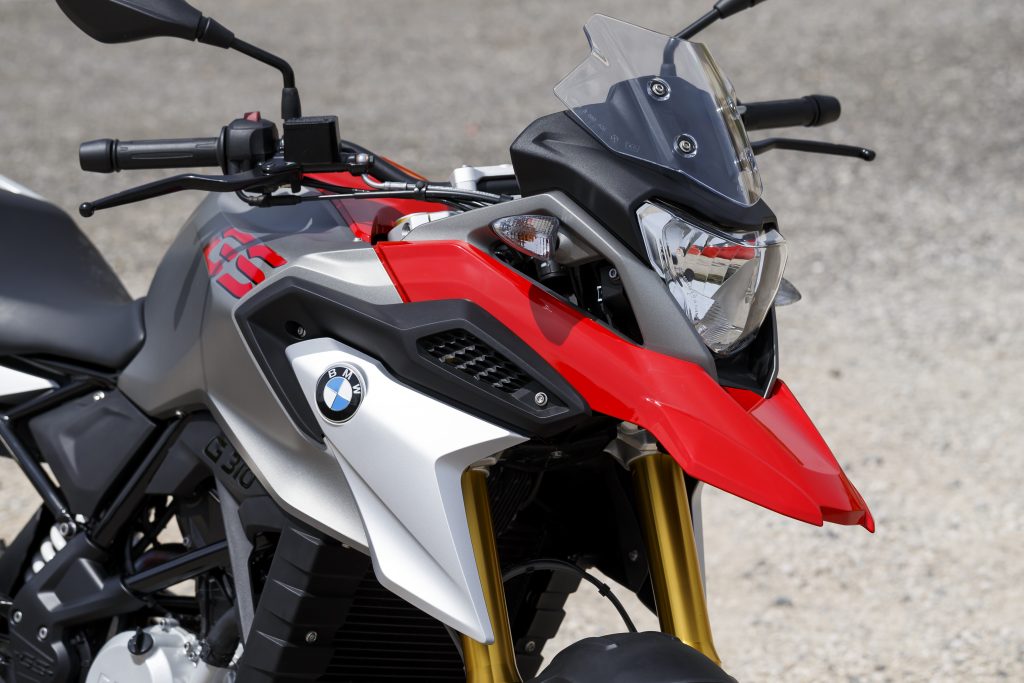 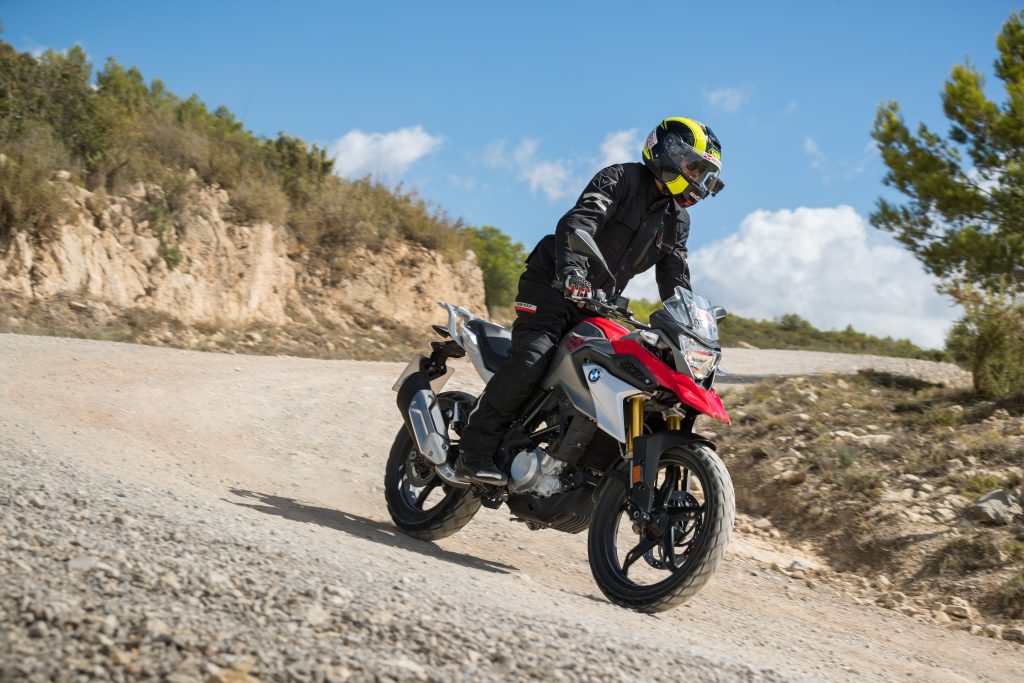 The main difference from the R version that is already available here are the suspension travel, which are higher at both ends but are still adjustable preload only; the front 19-spoke cast wheels (no option for wire wheels); the Metezeler Tourance tires made in Indonesia that are specifically designed for light G 310 GS which requires softer carcass; a plastic engine guard; a big luggage rack similar to other GS bikes; a bodywork with obligatory beak GS styling; serratted off-road footpegs with removable rubber inserts; and wider handlebars for better handling off-road. 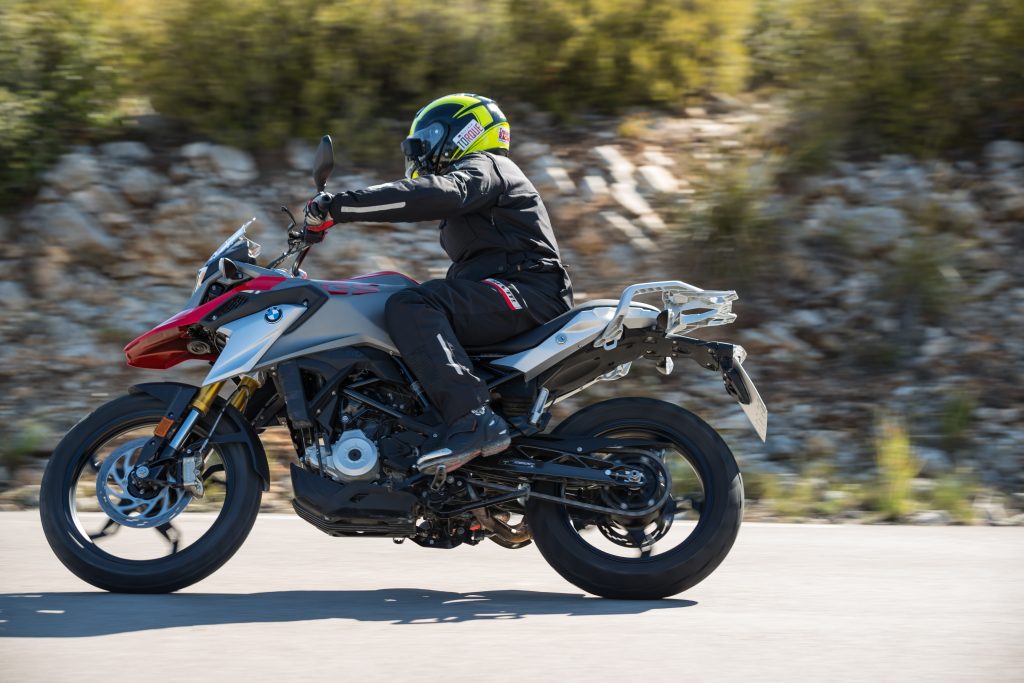 No side case options on BMW top case is avaialble. The experts say you cannot order with options like the bikes made in Berlin because it is made in India. It has LED rear lights and stainless steel exhaust system.

It also has a higher seat height at 840mm but a low seat option is available. Antilock Braking System (ABS) is standard equipment and it is easy to deactivate with a button on the handlebar. The brakes are the same as the R made by BYBRE or “By Brembo”.

Power will be from the same 313cc single cylinder engine that complies to Euro 4 emission standards. The unique reversed cylinder is where the head is rotated 180 degrees so the exhaust has a direct rearward exit while the intake is directly in front. The angle of the cylinder also makes it more compact, improving packing and center of gravity. Fuel capacity is a big 12 liters which should give the 313cc bike plenty of range.

Price is approximately 25% higher than the R version and will be available in three two-tone color combinations – the Classic BMW Racing Red and Grey, motorsports-inspired White Metallic with red and blue stripes, and the understated Cosmic Black and grey.

It is scheduled to arrive in the Philippines in the first quarter of 2018. More details in TORQUE and IR Magazines.