FaderN’Sun Racing Team rider Clifford Bacus had a great showing at the Meycauayan Commercial Complex in Bulacan last May 21. 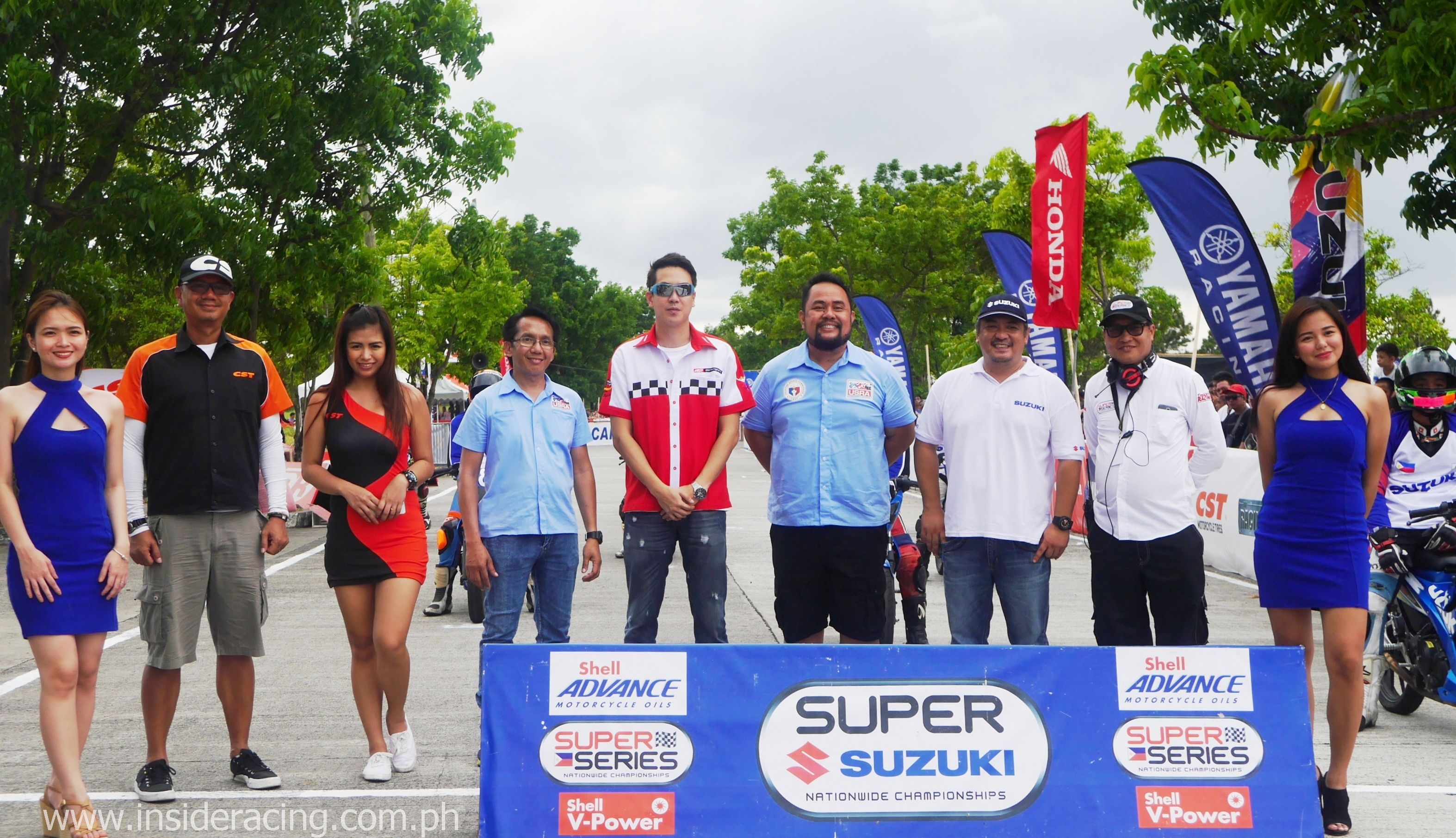 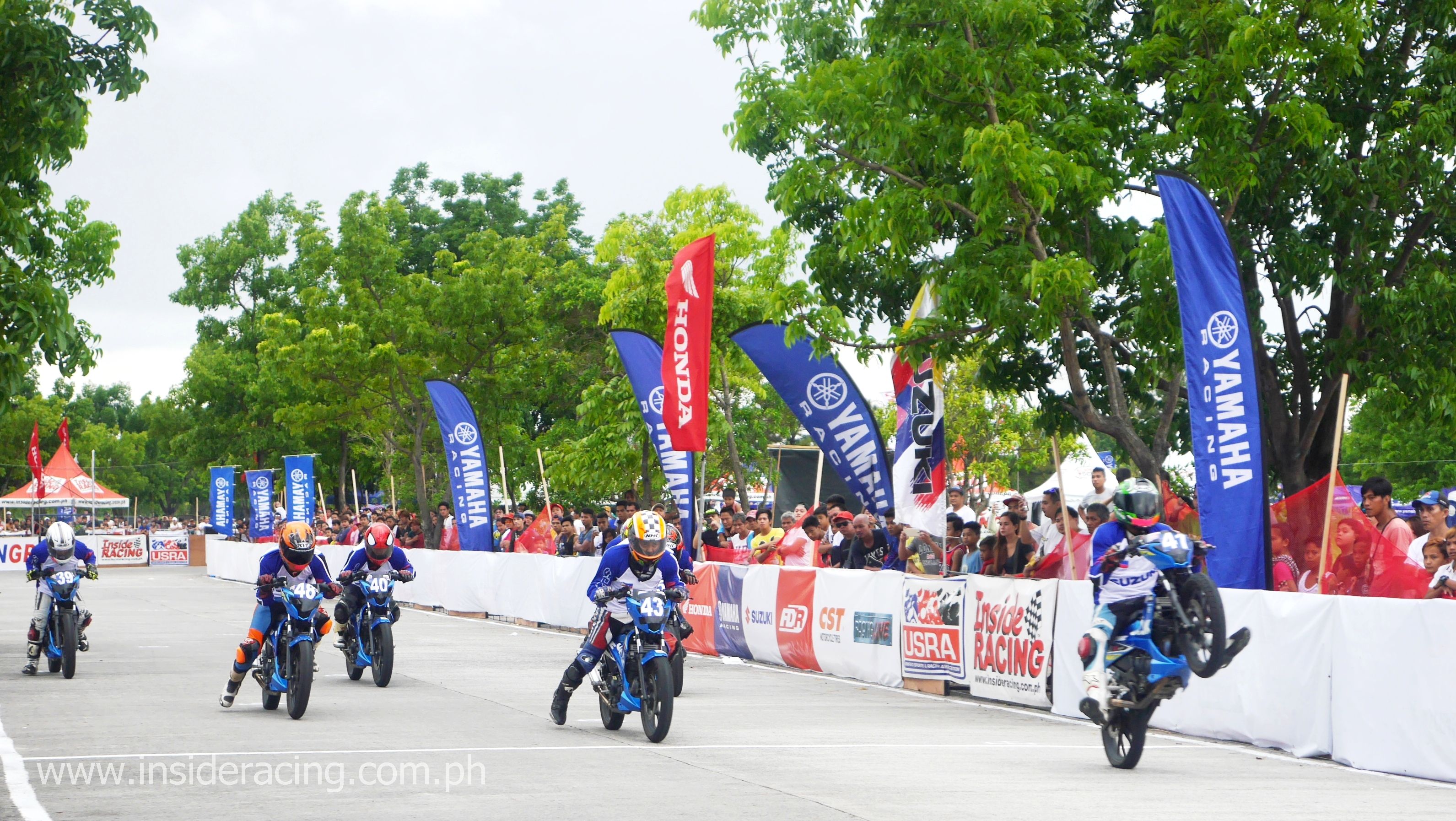 Bacus had a victorious day and one of the race classes he excelled at is the Super Suzuki which features Raider R150 motorcycles. Starting second at the grid was no problem for Bacus who took the lead early in the race and went on to cross the finish line first. Kerwin Chang finished second while Roel Rubin grabbed the last podium spot. 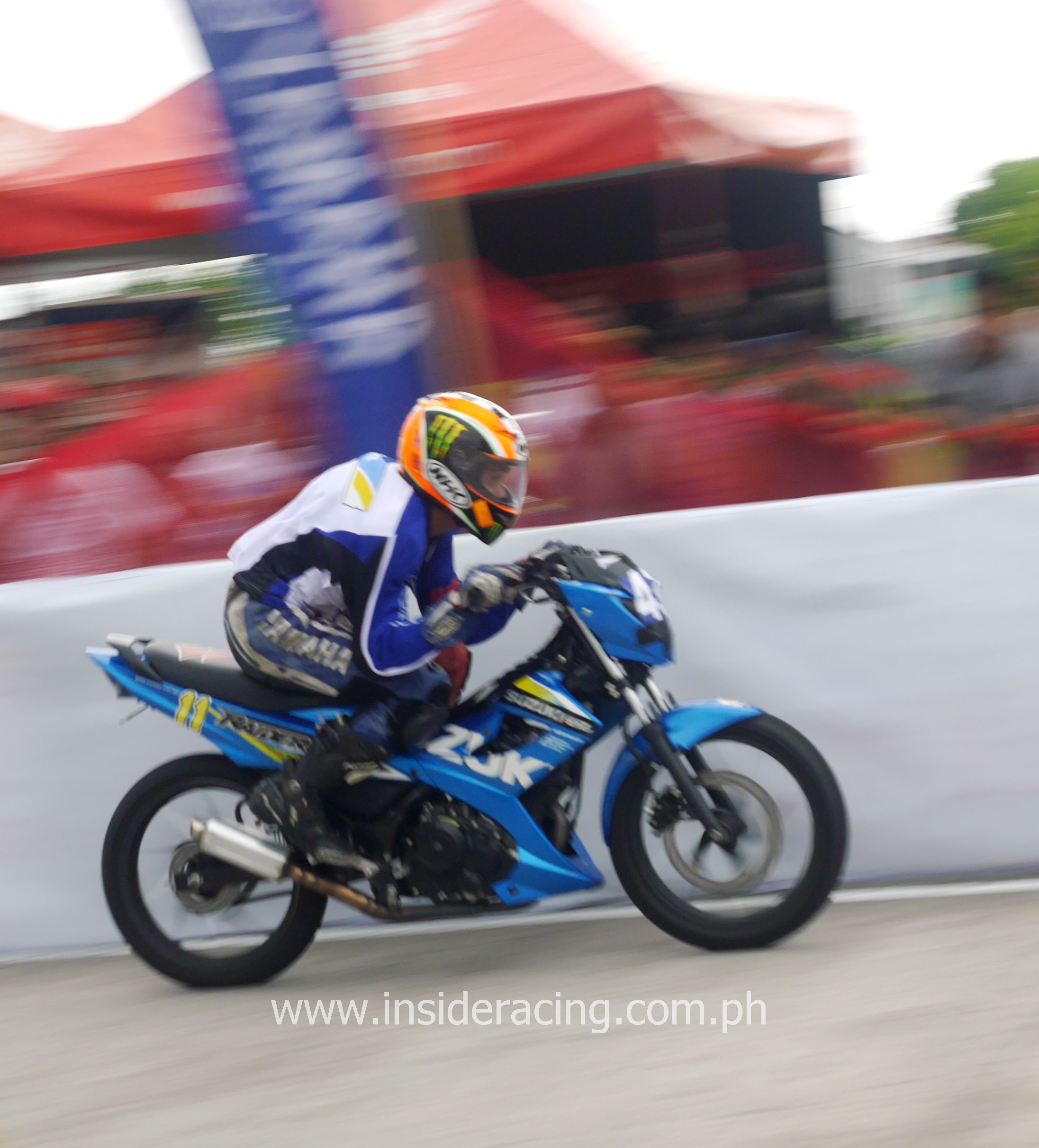 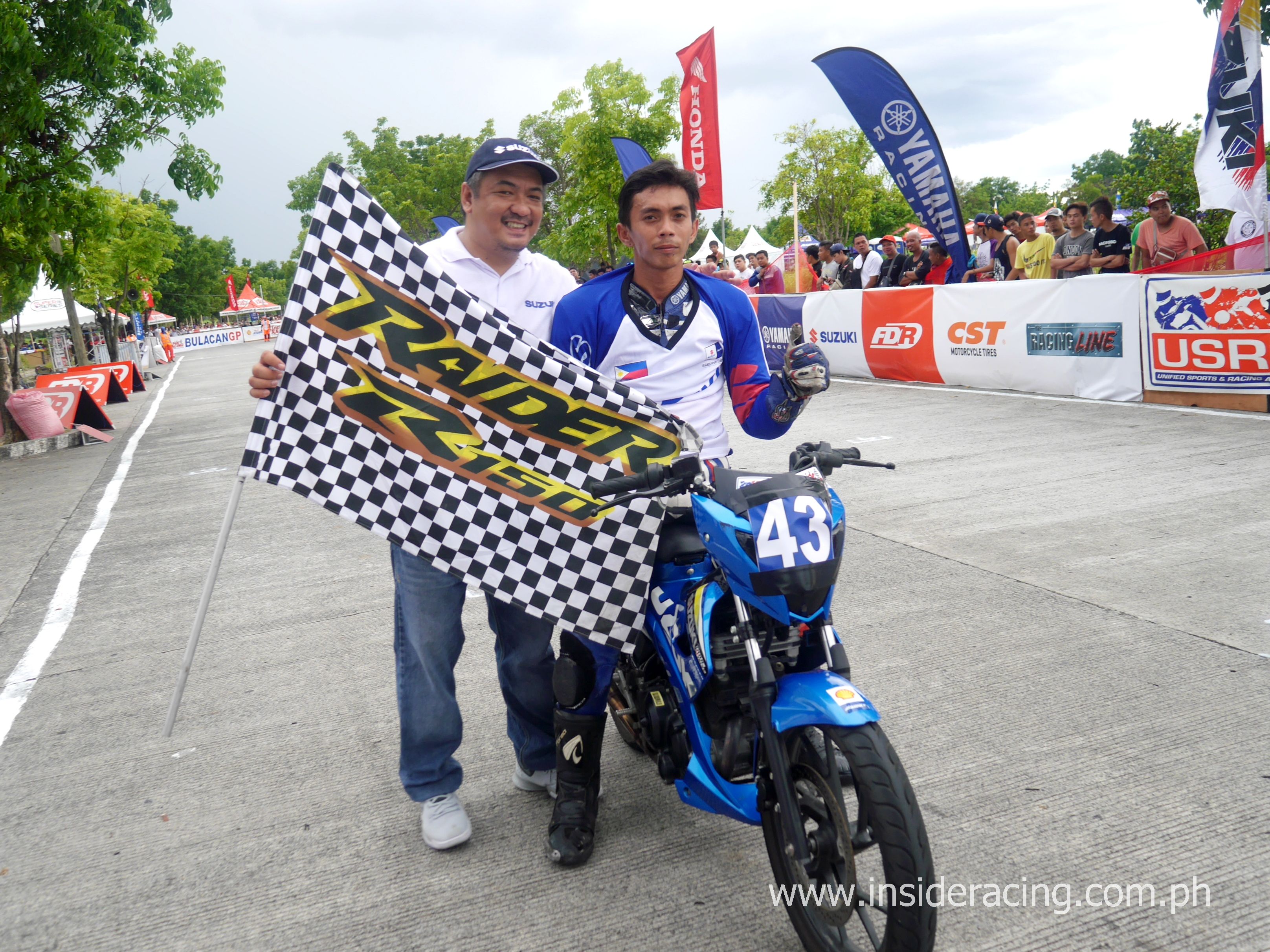 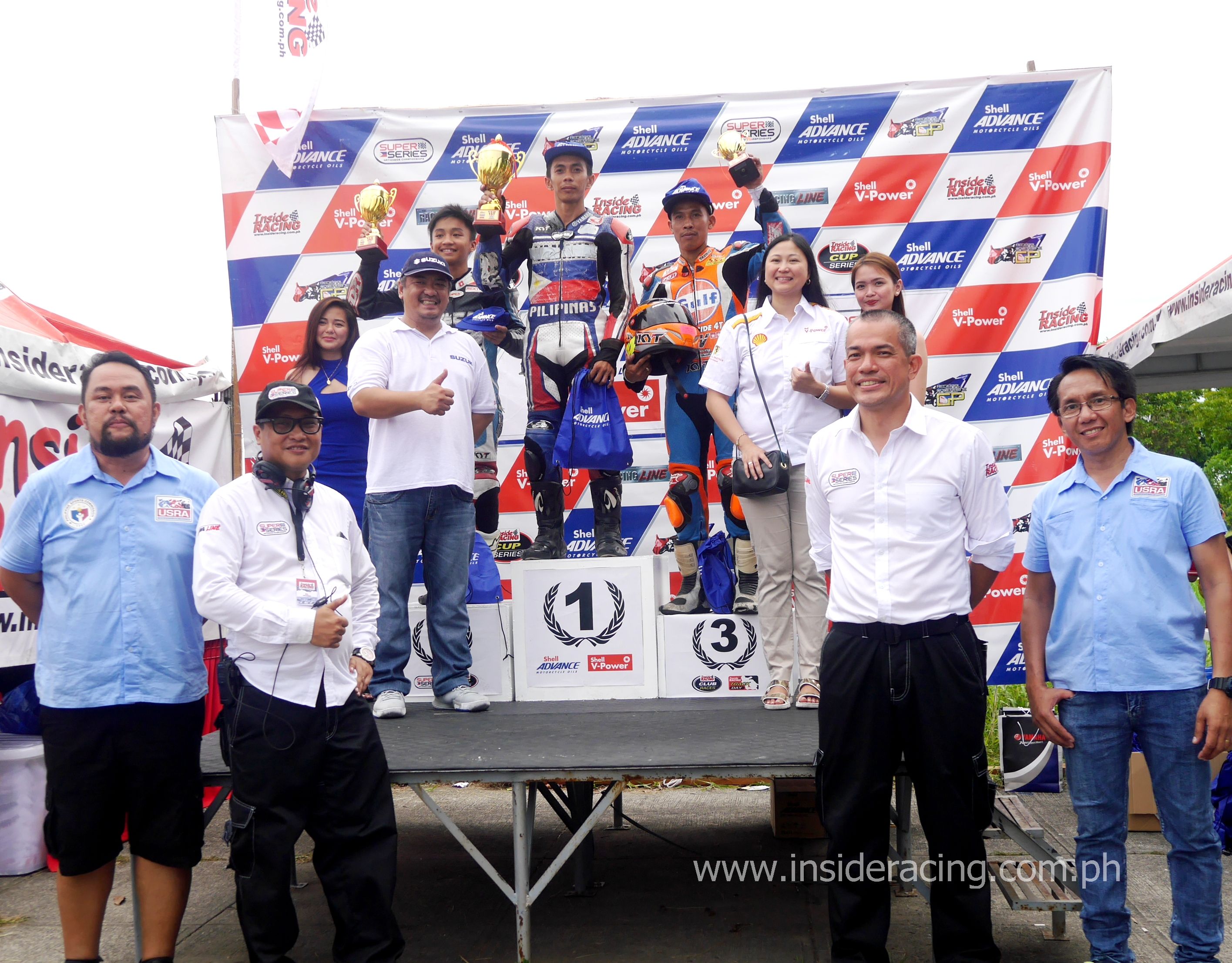 Suzuki Philippines provides Suzuki Raider R150 race bikes used in the Super Suzuki race. The category is part of the Shell Advance Super Series Nationwide Championships Fueled by Shell V-Power and sanctioned by the Unified Sports and Racing Association for Motorcycles, Inc. (USRA). The race in Bulacan was the third round of the Super Series which is supported by Shell Advance, Shell V-Power, Suzuki Philippines, Yamaha Motor Philippines, FDR Tires, CST Tires and IRC Tires. It is organized by InsideRACING from Luzon and VisMin organizer The Racing Line.

June 18 and the Carmona Race Track in Cavite is the date and venue of the fourth round of the Super Series.