Dan Carlos and Vingie Coloma of Mindanao team Yamaha-MW323 and Masato Fernando and Romer Corbe of Luzon team Yamaha-Spec V were the  racing stars featured in the Super Scooter race last May 7 during Round 2 of the USRA Shell Advance Super Series Nationwide Championships Fueled by Shell V-Power. The race was held in front of a good crowd at SM City Davao. 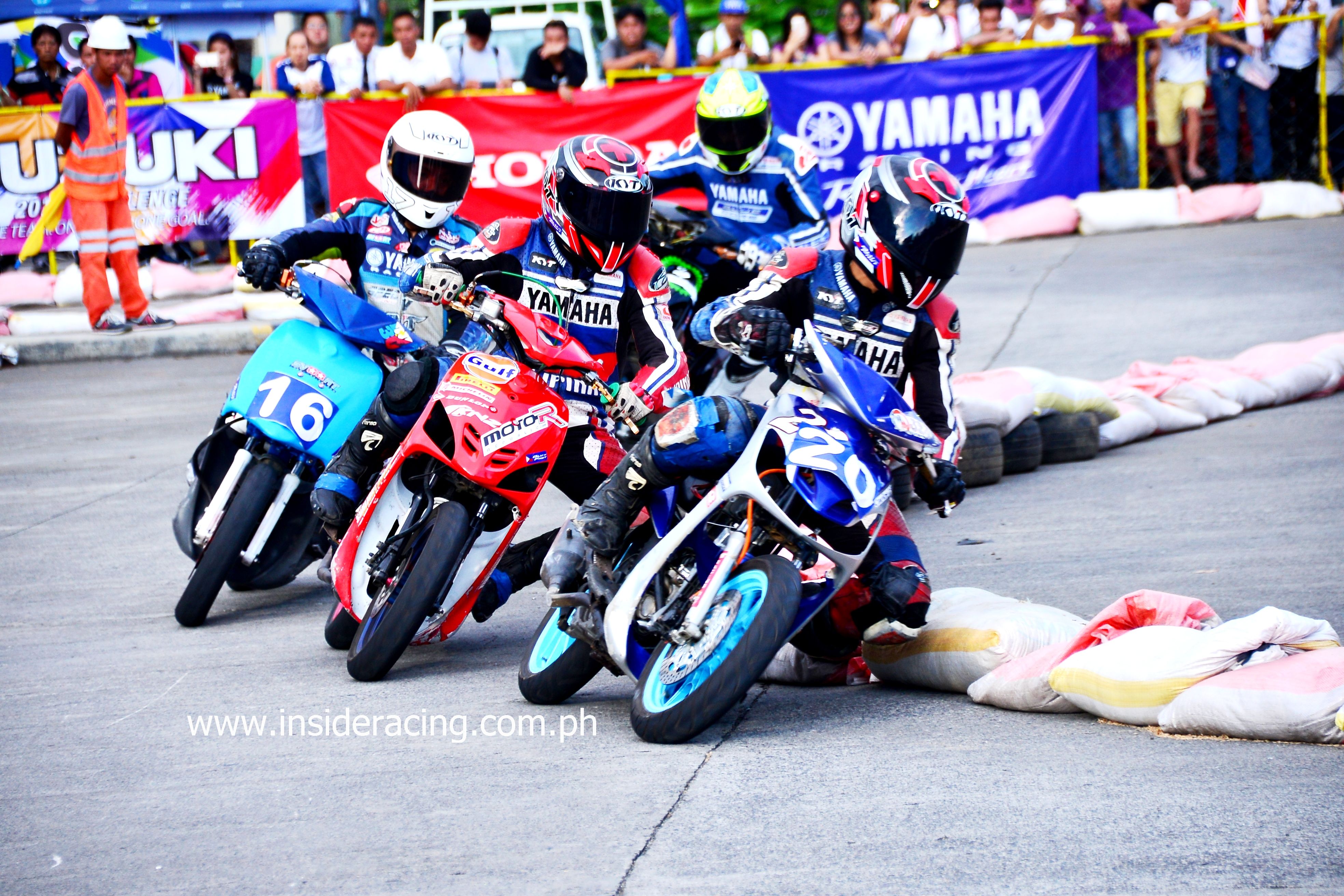 Carlos was in front of the pack from start to finish and Fernando was behind him all the time chasing him and trying to snatch the lead. An error from Fernando caused Carlos to gain some distance from the Yamah-Spec V rider at one point of the race. Fernando managed to get to the tail of Carlos once again and the two battled not just for the lead but for the win. Unfortunately in the last lap, Fernando fell down while hounding Carlos who went on to win the exciting 12-lap race. 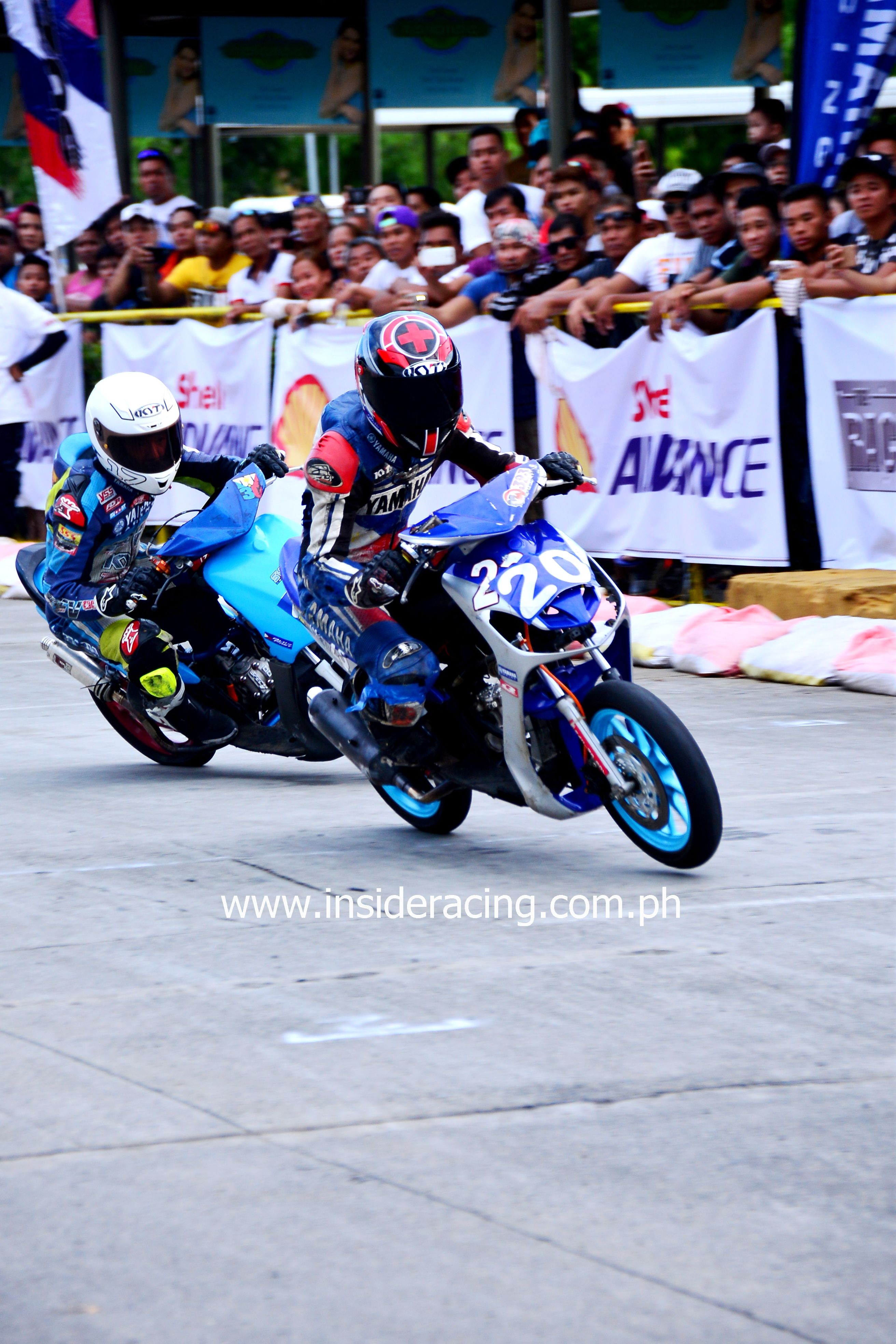 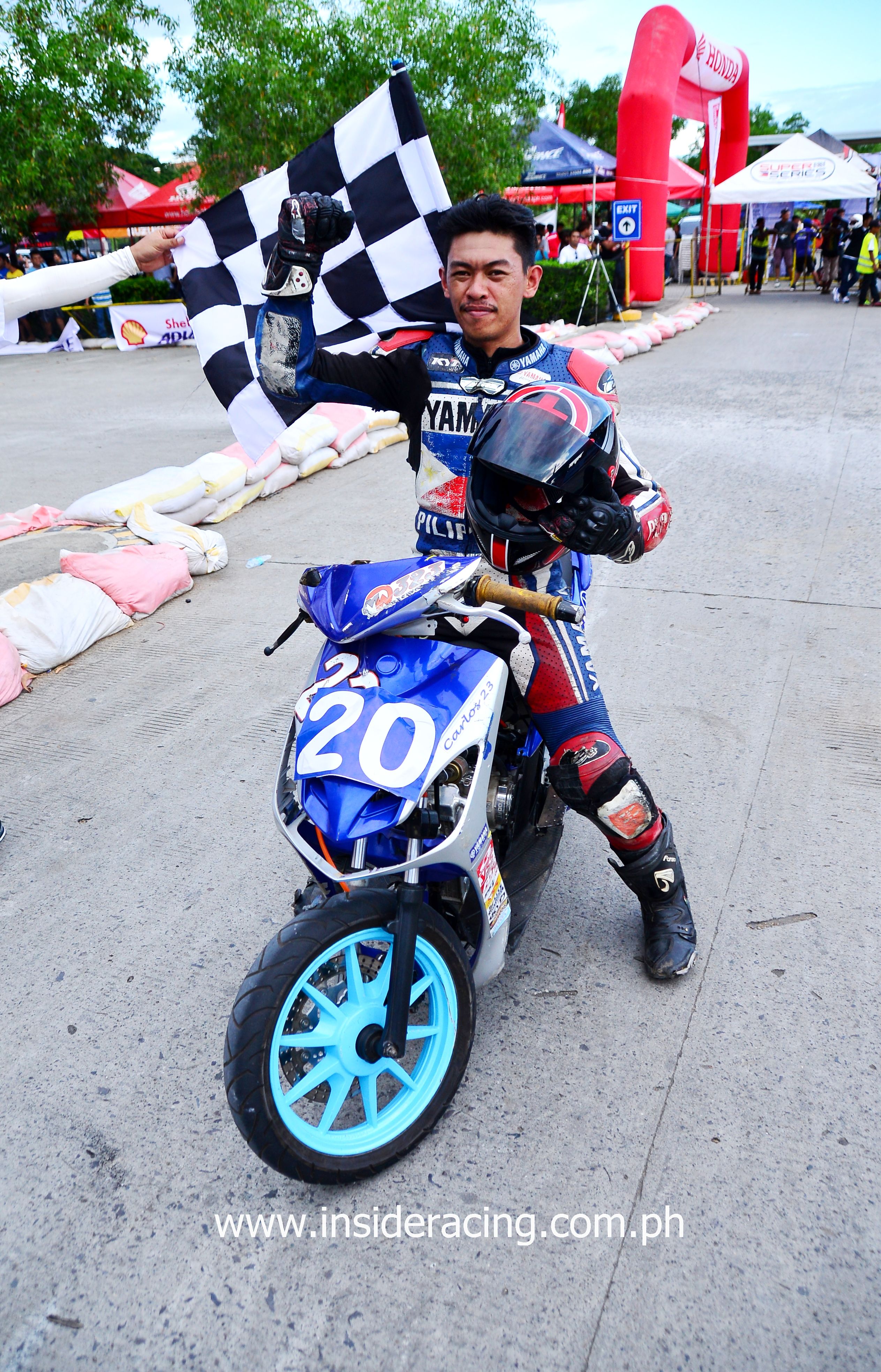 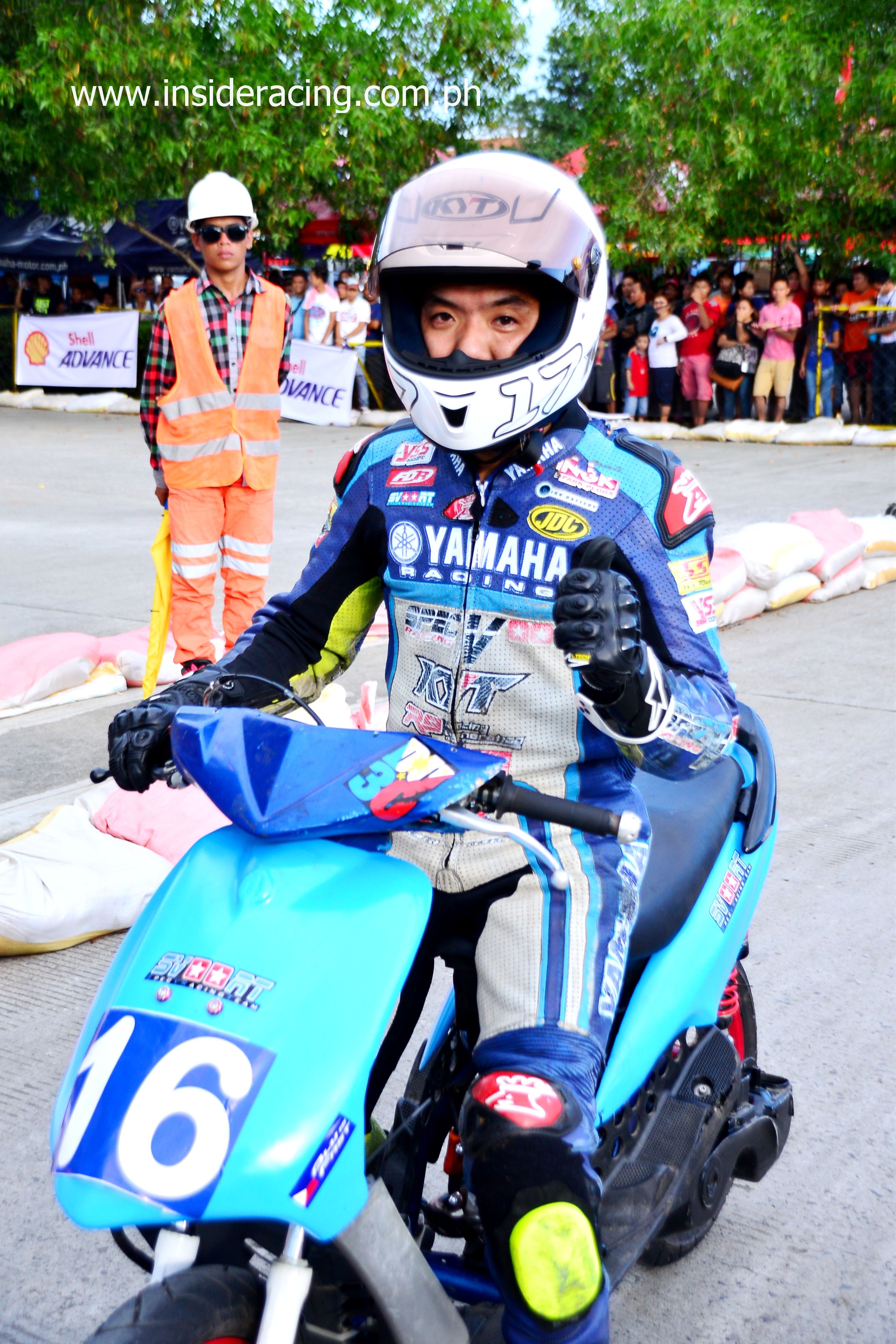 Behind the two a battle for the third place saw Romer Corbe and Vingie Coloma in a likewise thrilling race. Coloma crashed early in the race but was able to get up and pursue Corbe. His hard work paid off as he managed to overtake Corbe and bag the third place. Corbe settled for fourth place. 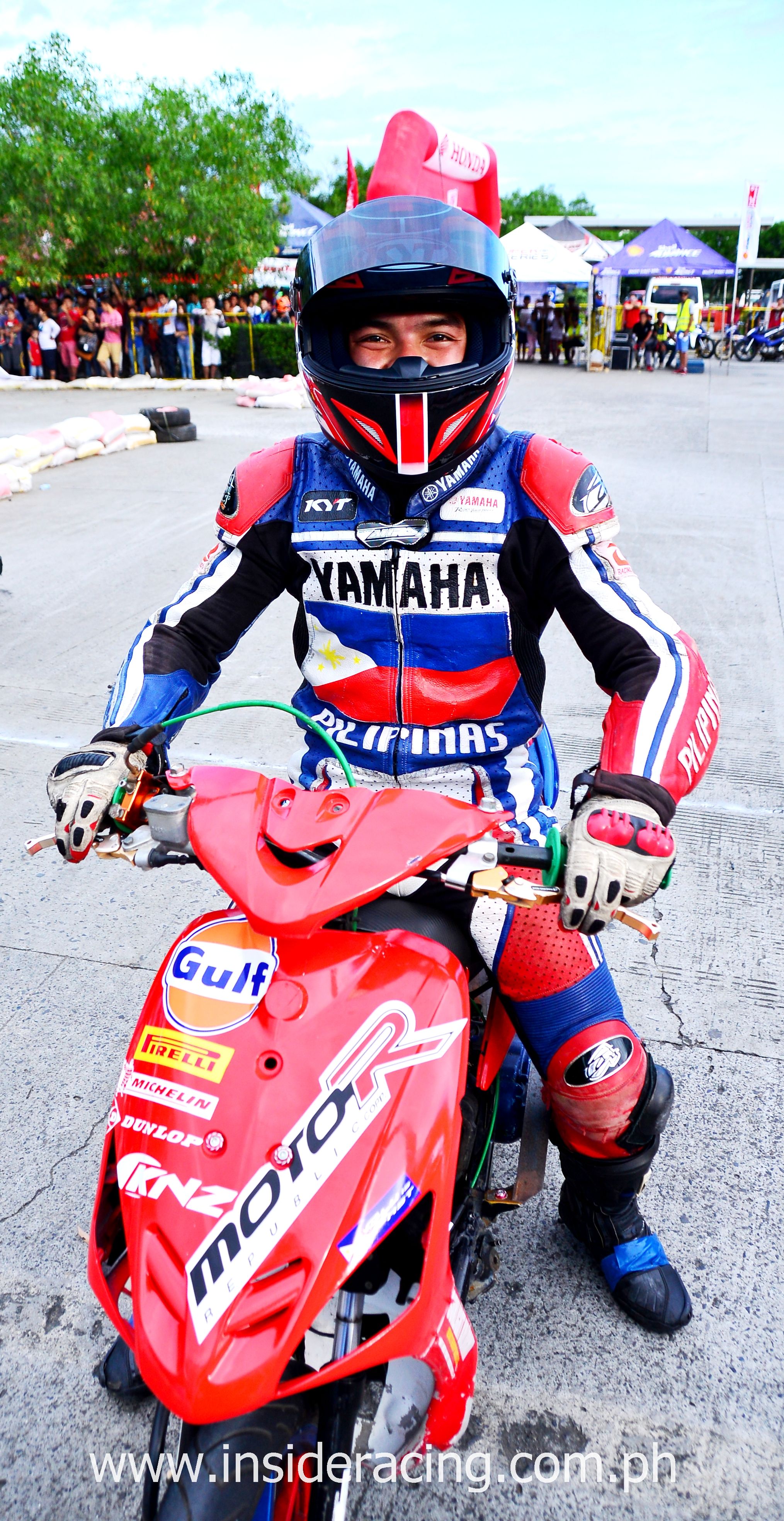 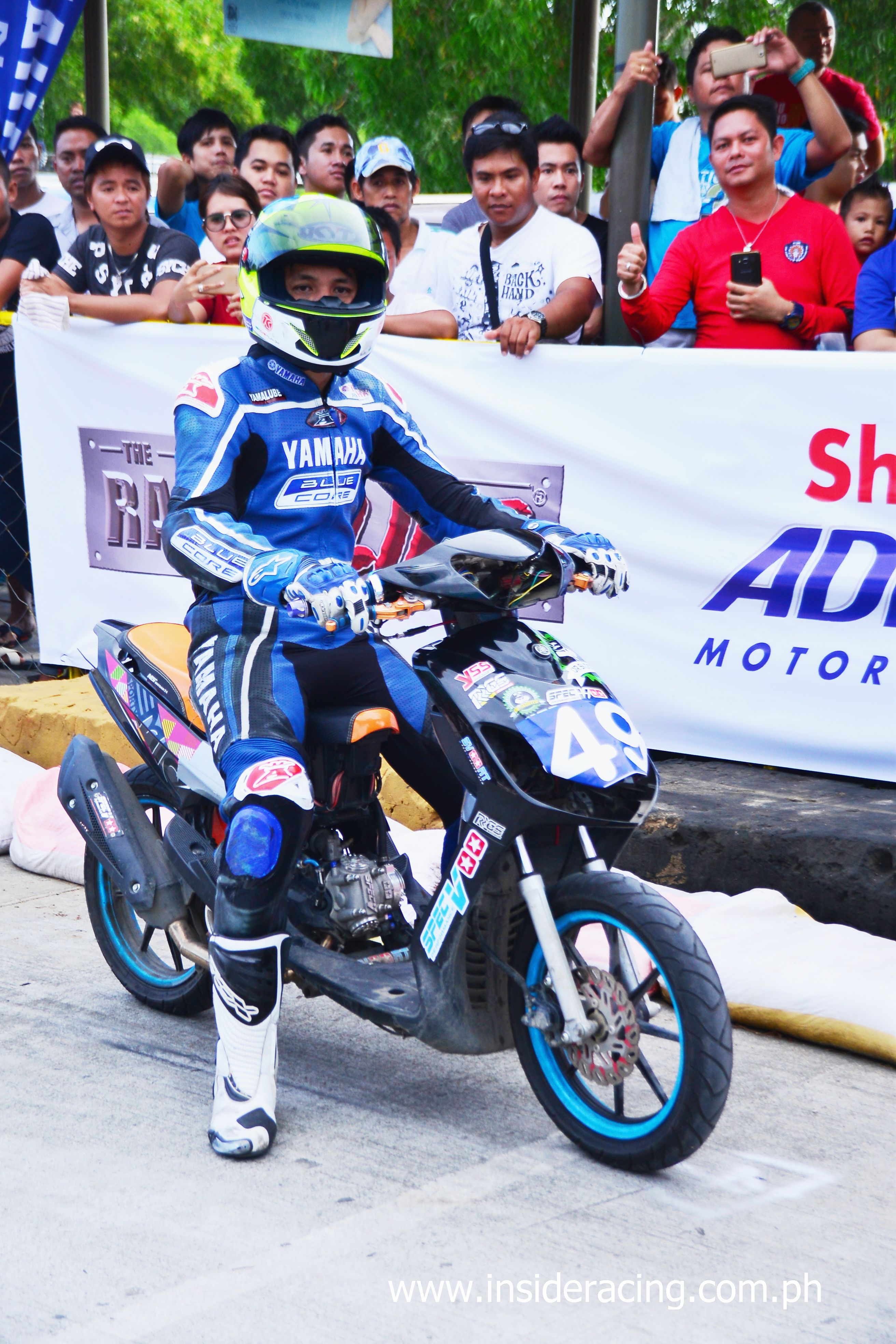 Romer Corbe of Yamaha-Spec V ended up at fourth place 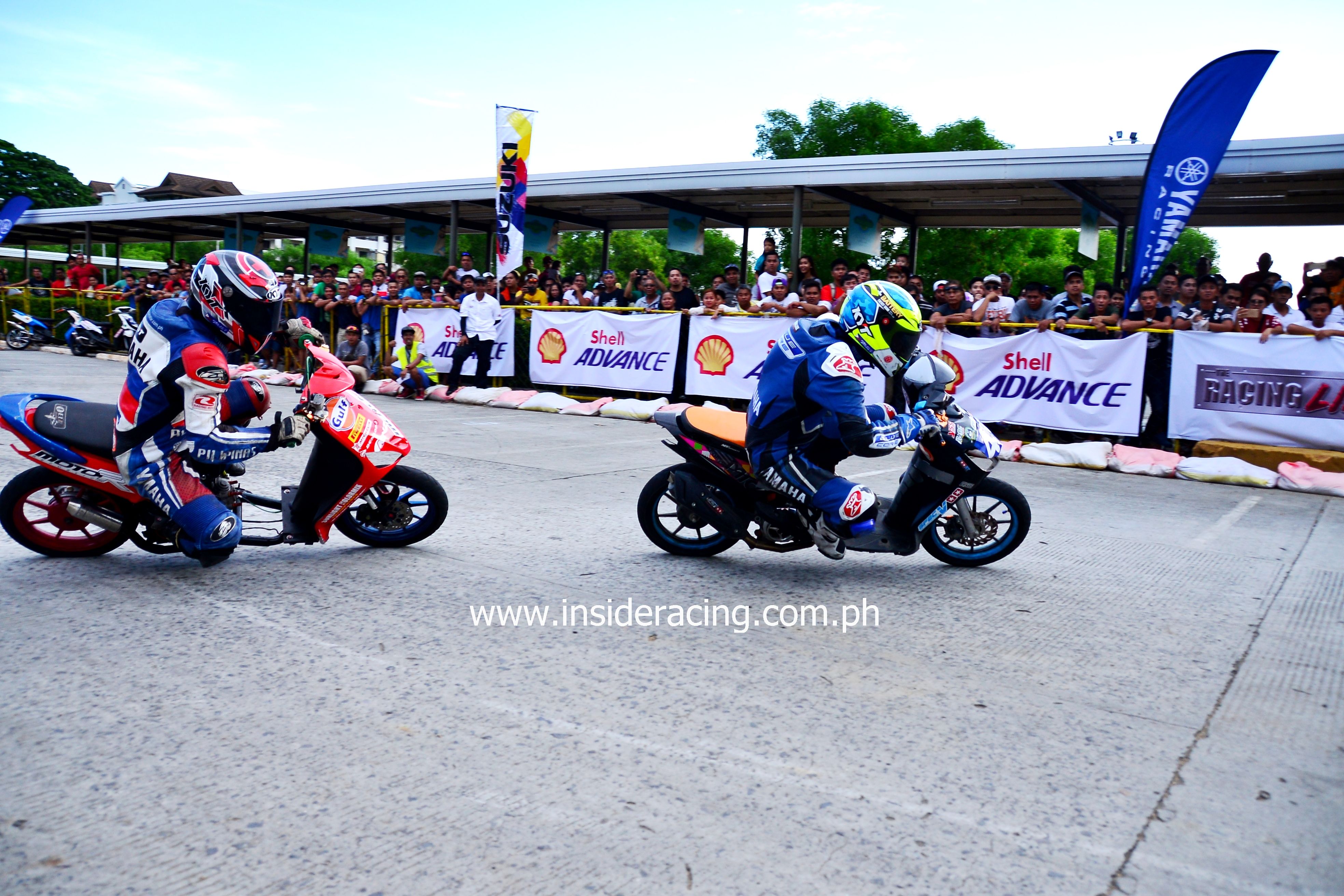 Corbe followed by Coloma as they battled for the third place 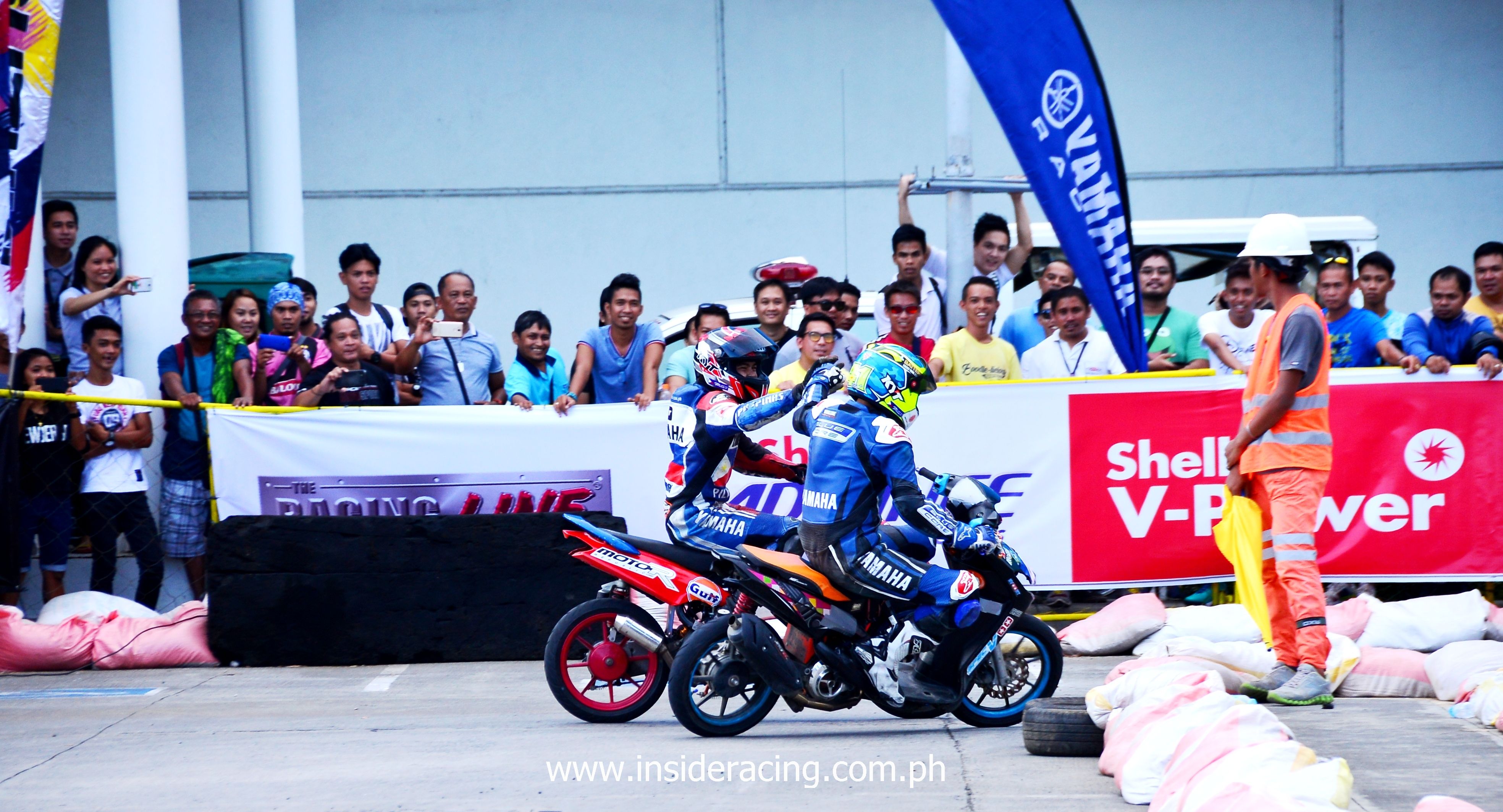 A gesture of sportsmanship between riders Coloma and Corbe

It was indeed an exciting and memorable race both for the riders and race fans who were cheering in the entire match.

Fast and powerful scooters are featured in the Super Scooter race of the Shell Advance Super Series Nationwide Championships Fueled by Shell V-Power which is organized by The Racing Line and InsideRACING and sanctioned by USRA (Unified Sports and Racing Association for Motorcycles, Inc.).

The Meycauayan Commercial Complex in Bulacan is the venue of the third leg of the Super Series on May 21, 2017. The Super Series is supported by Shell Advance, Shell V-Power, CST Tires, FDR Tires, IRC Tires, Honda Philippines, Suzuki Philippines and Yamaha Motor Philippines.