Team Suzuki Pilipinas had an epic qualifying at the final round of the 2017 Suzuki Asian Challenge (SAC) which is being held at the Chang International Circuit in Buriram Thailand. 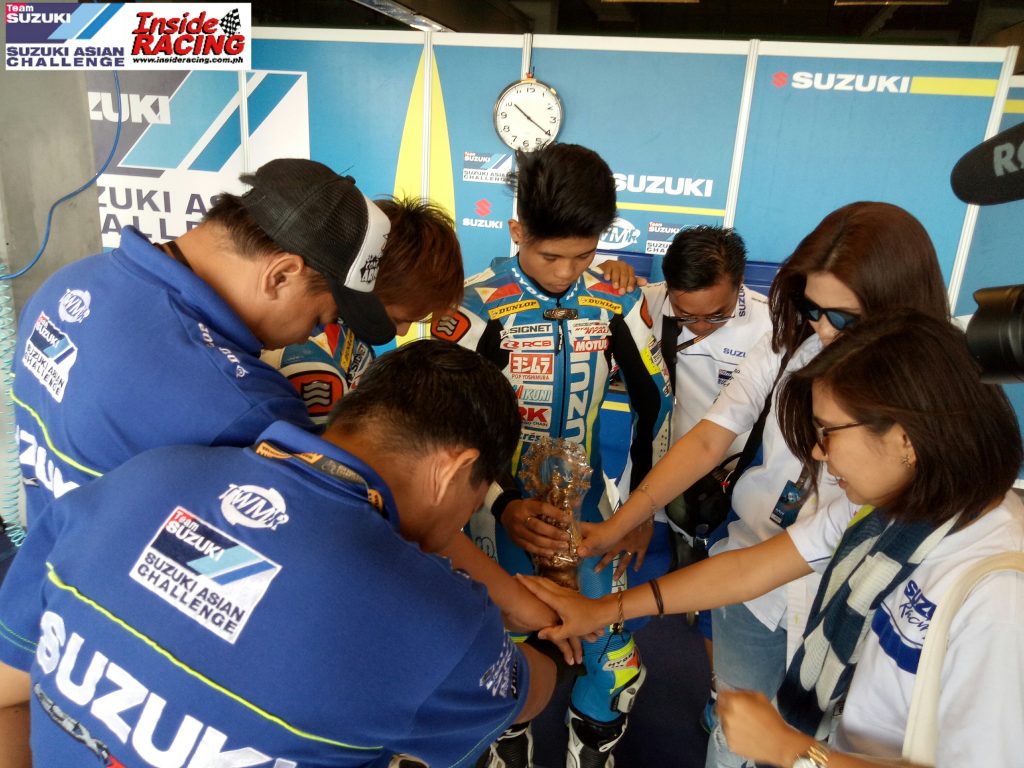 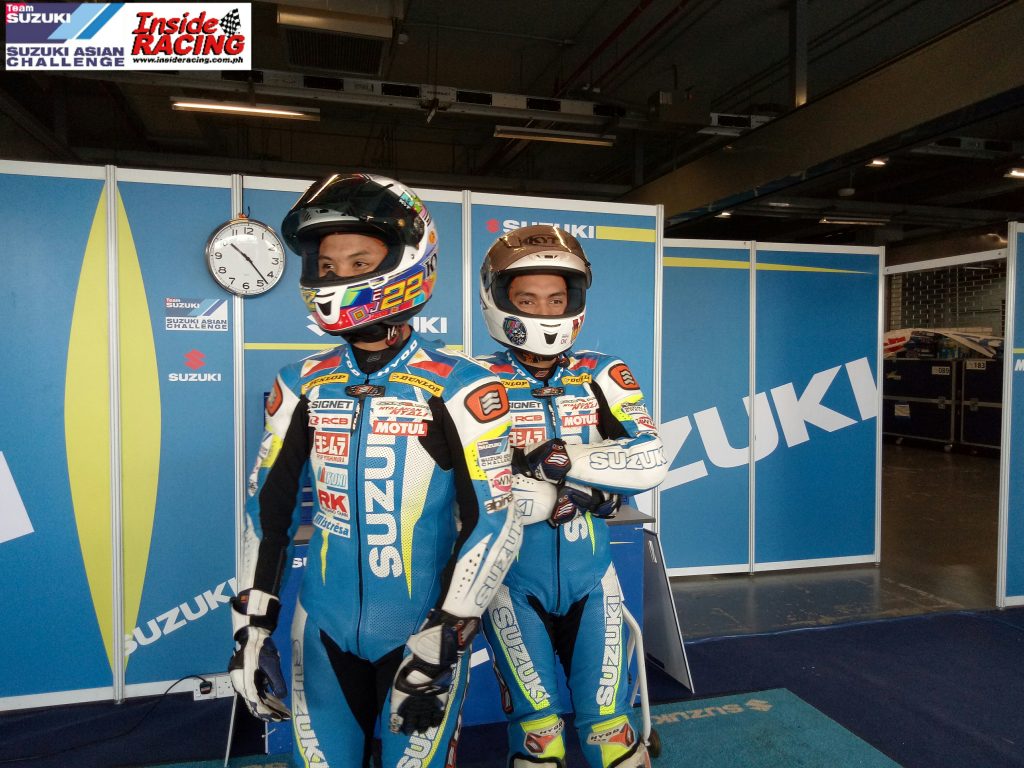 SAC riders went all  out trying to get the best grid position. It was windy during qualifying.

It was a heart-pounding moment for Team Suzuki Pilipinas as our rider April King Mascardo crashed early in the session. The front wheel of Mascardo’s race bike slid causing him to have a low side crash. Fortunately, Suzuki Asian Challenge mechanics was able to fix his bike in time and Mascardo rejoined the qualifying with only 6 minutes left. 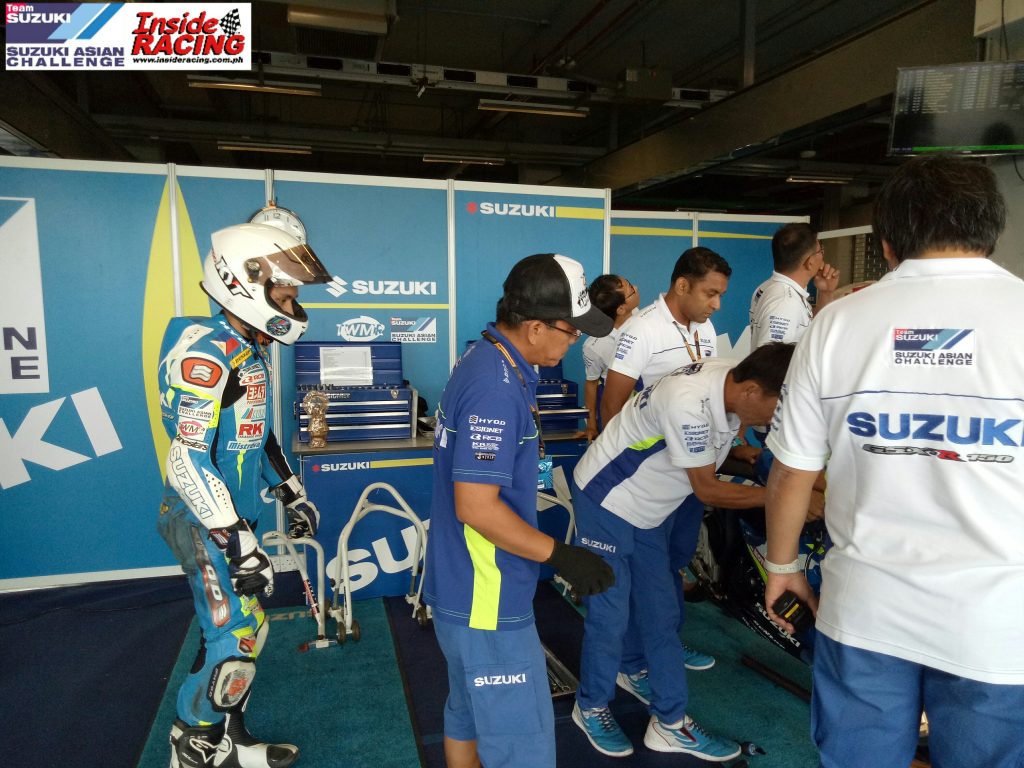 Mascardo’s bike being fixed by mechanics

Impressively, being able to run for 3 laps only, Mascardo clocked in 2:16.561s and placed fourth in the qualifying. This was better than his 2:17s lap time a day before during the practice sessions. Mascardo is currently second in the overall standings and is gunning for the overall title this year. 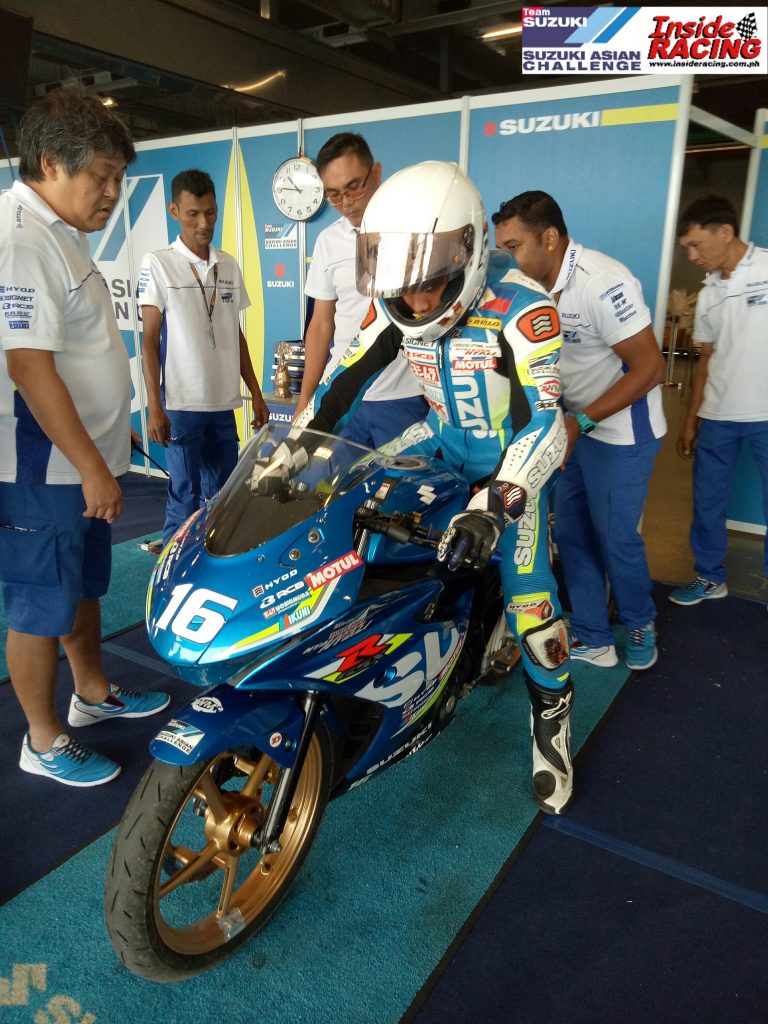 Mascardo about to rejoin the qualifying

Meanwhile, Eane Jaye Sobretodo placed eighth in qualifying with his 2.17.361s lap time. With adjustments in the race bike, the Team Suzuki Pilipinas rider is hopeful and aims to deliver higher results in the race. 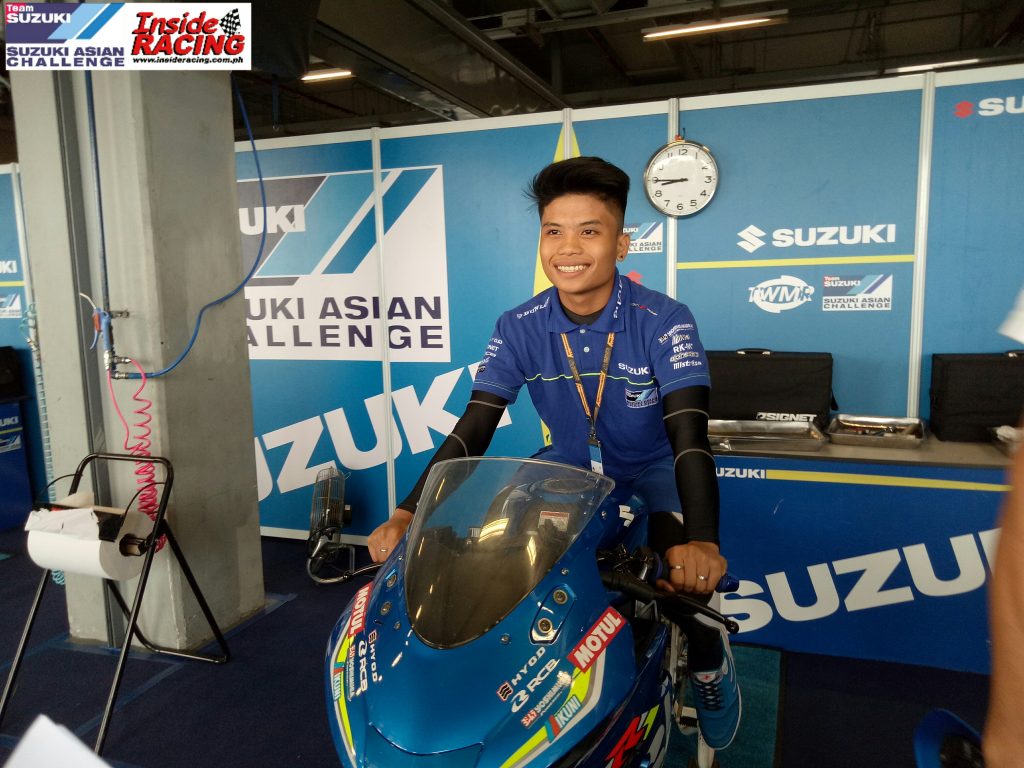 Pole position was taken by Thai rider Punchana Kulrojchalalai who is also on top of the overall standings. His qualifying time was 2:13.402s. 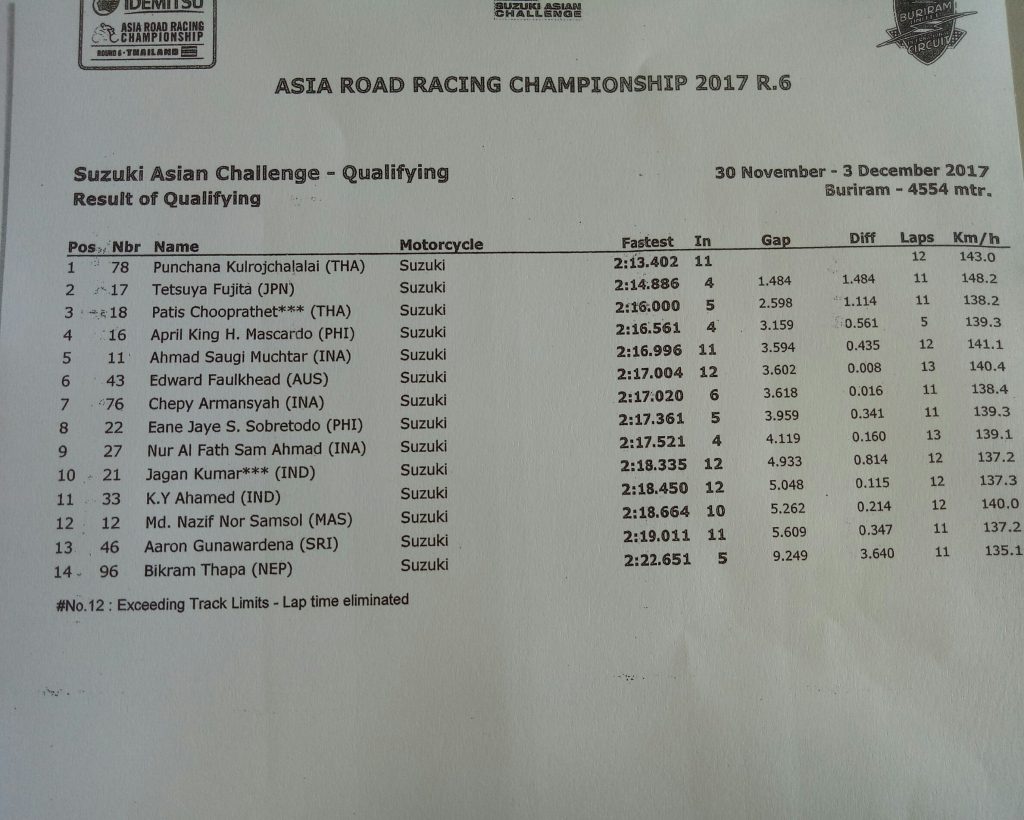