IR News: Margin of Victory in Super Scooter Race was Only 0.001s!

The Shell Advance Super Series Nationwide Championships Fueled by Shell V-Power held its fourth round at the Carmona Race Track in Cavite on June 18. The Super Scooter race was indeed one of the highly exciting races of the day as the winner only had a 0.001s margin of victory over the second placer.

Super Scooter grid at the Carmona Race Track on June 18

Phoenix-Yamaha-KOSO-Faito rider Vrei-ar Suba and James Mendez of Yamaha-Spec V had a thrilling battle up until the finish line which resulted into a photo finish between the two. With only 0.001s separating the two remarkable riders, it was Suba who was declared as the winner with Mendez taking the second place. The race was indeed close and Mendez chased Suba and charged going into the finish line amid the cheers of the crowd. It was a good victory for Suba who held on to the first position despite the pressure from Mendez who registered the 47.918s best lap time of the 10-lap race.

Start of the Super Scooter race

Suba and Mendez had a thrilling race at the finish line 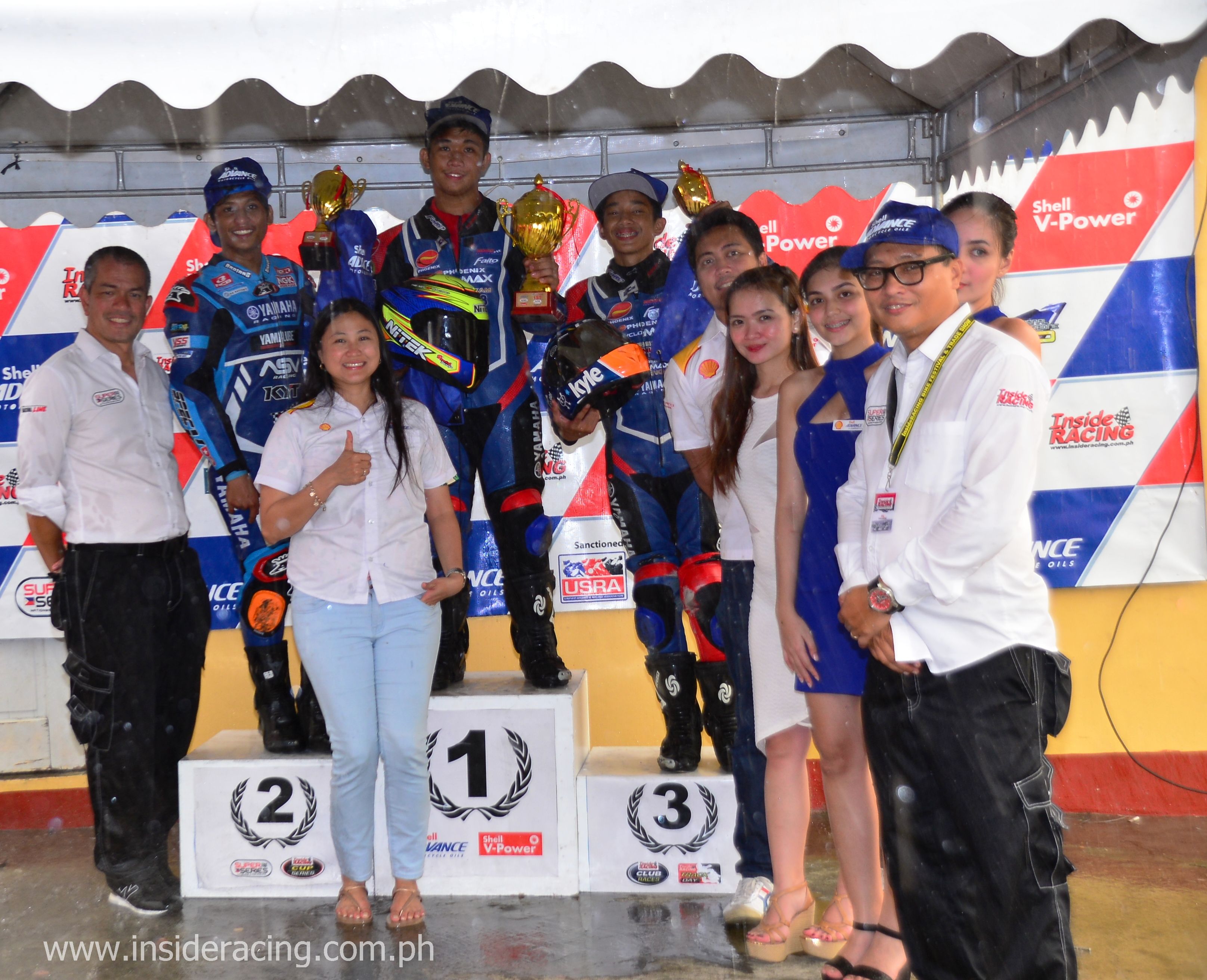 McKinley Kyle Paz of Phoenix-Yamaha-KOSO-Faito who got the pole position of the race finished third while Dustin Esguerra of Zebra-Pertua-MTRT-MLW-RK-Vee Rubber placed fourth. Yamaha-Spec V riders Masato Fernando and Romer Corbe were both unable to finish the race.

The Super Series Nationwide Championships is organized by InsideRACING and The Racing Line. It is supported by Shell Advance, Shell V-Power, Honda Philippines, Suzuki Philippines, CST Tires, IRC Tire and FDR Tires. The Super Series is sanctioned by the Unified Sports and Racing Association for Motorcycles, Inc. (USRA) which is recognized by the Philippine Sports Commission and a member of the Federation of Two Wheels Association of the Philippines (FETAP).