Team Suzuki-VMan repeated their Super Underbone first round result back in May in Carmona, Cavite as April King Mascardo and Eane Jaye Sobretodo placed first and third again this time in Bacolod during the third round of the Shell Advance Super Series Nationwide Championships. 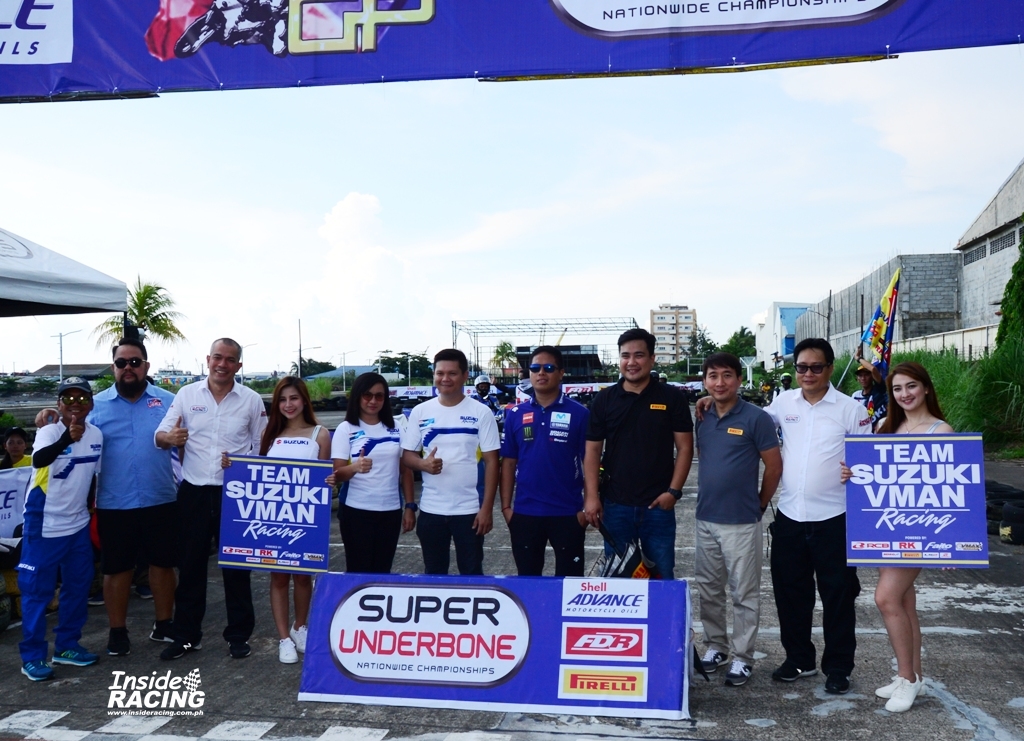 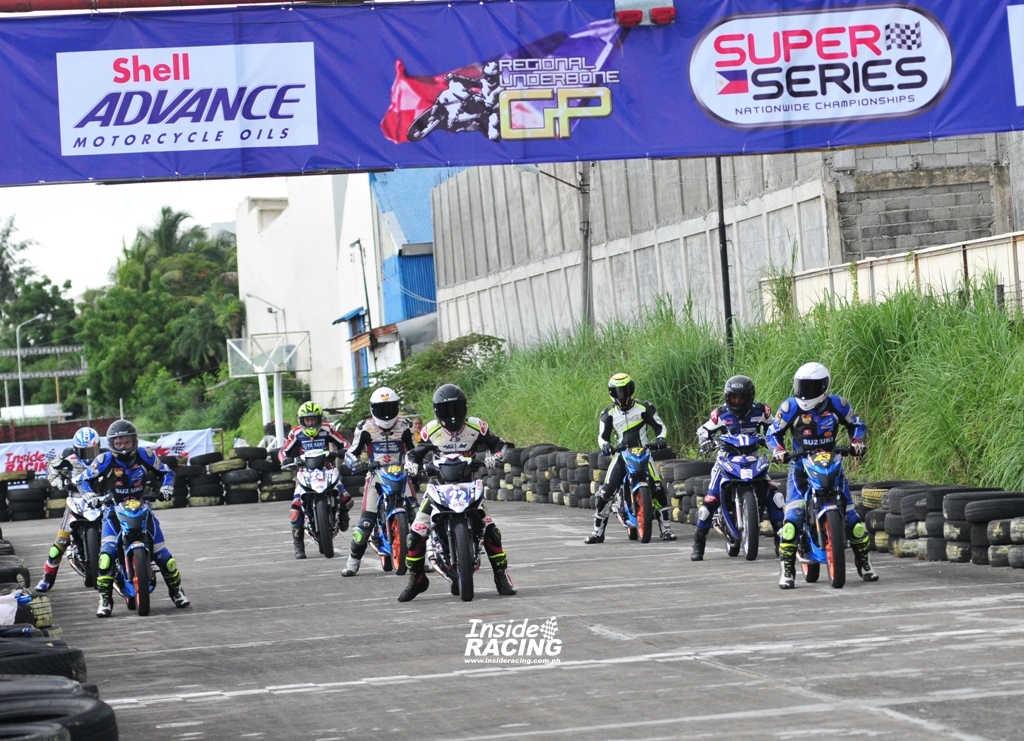 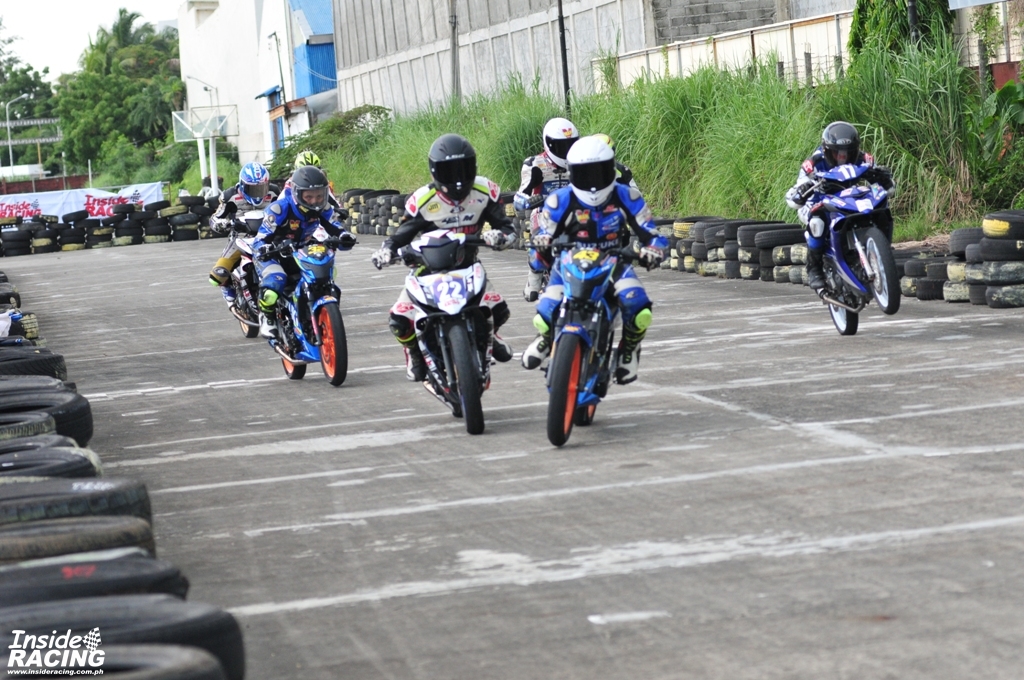 Mascardo dominated the Carmona GP Super Underbone race and he delivered the same seamless performance in Bacolod. On pole position, the rider from Davao never let go of the lead the entire race. 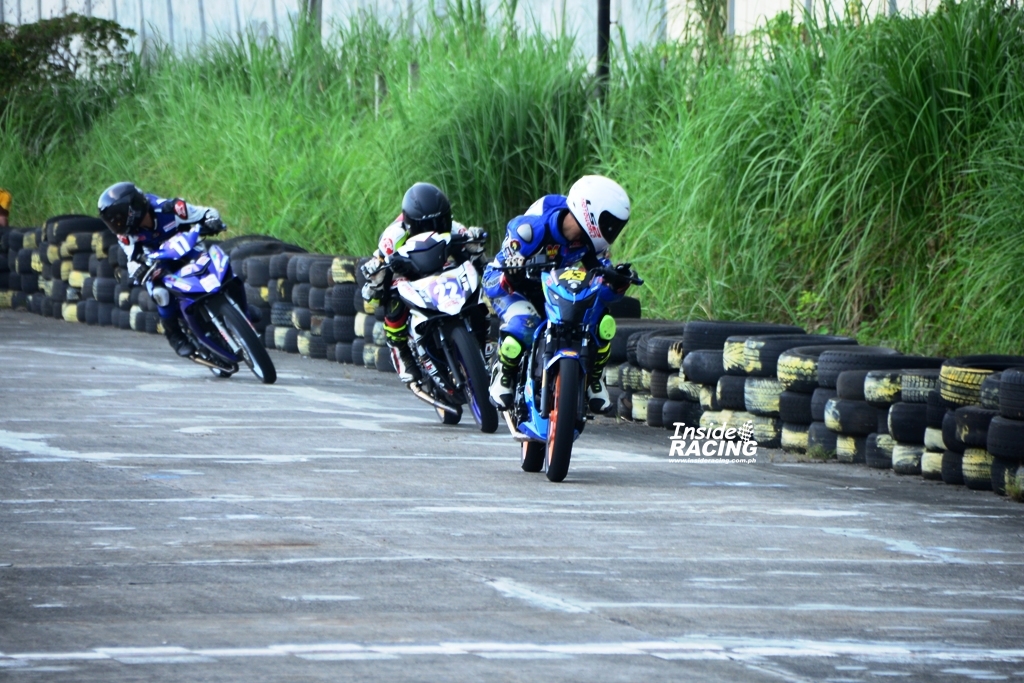 April King Mascardo leading the race. Behind him was John Emerson Inguito and Masato Fernando. 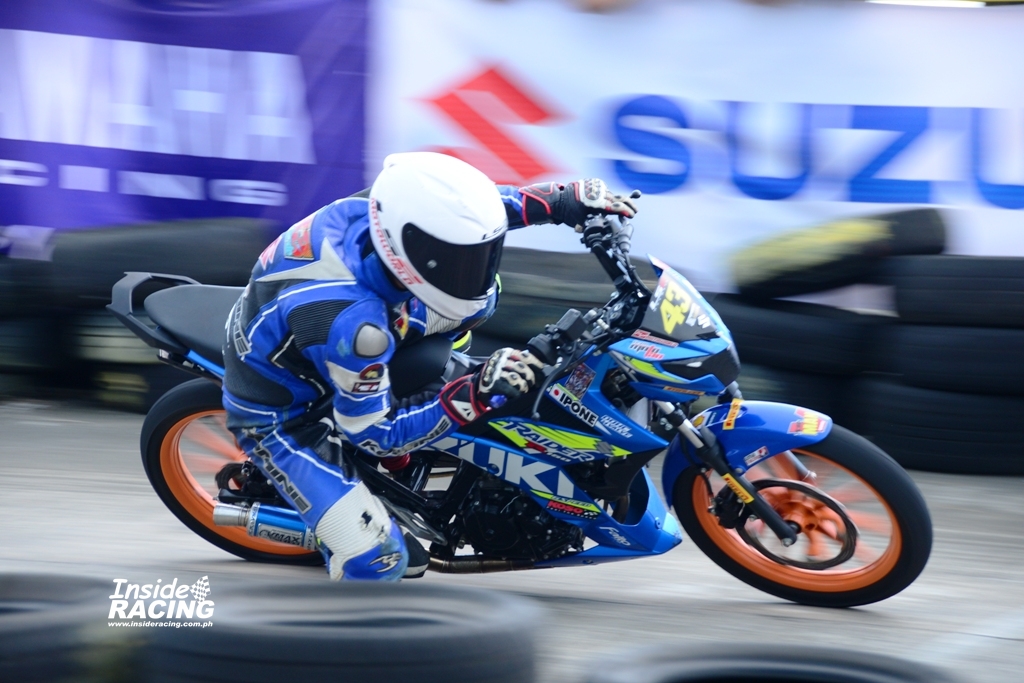 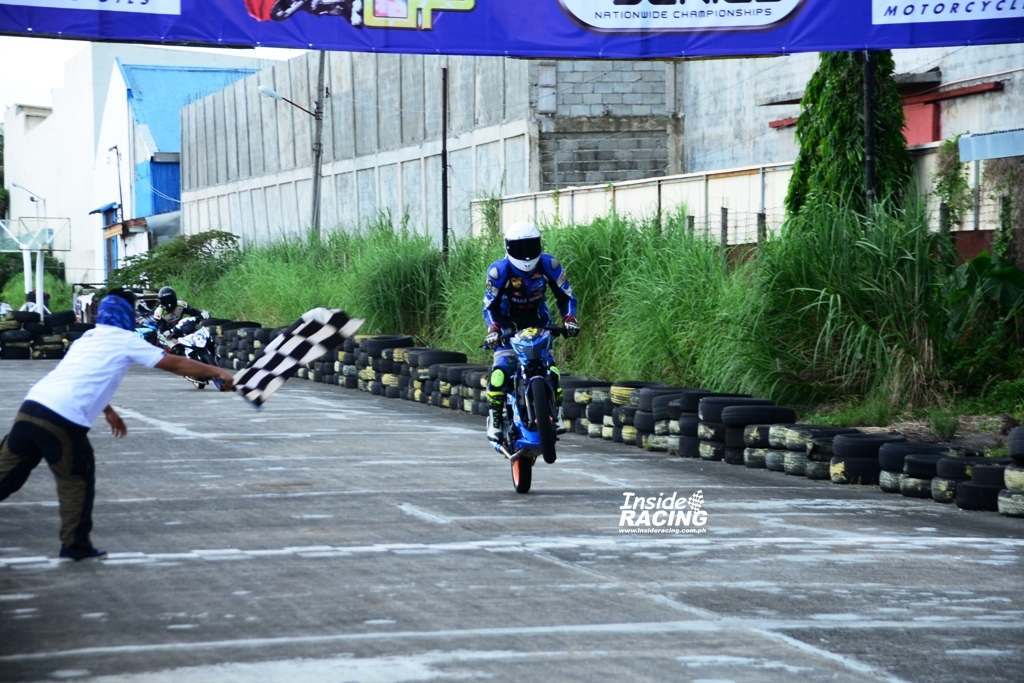 John Emerson Inguito of 4S1M-Yamaha chased Mascardo and was in second position from start to finish. 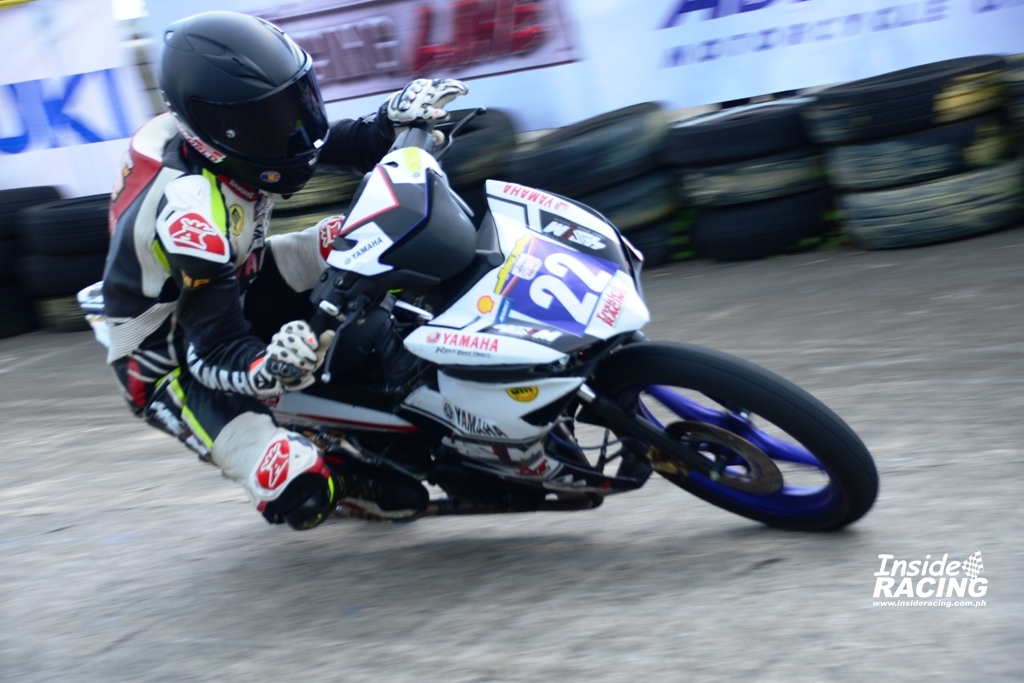 Sobretodo, meanwhile, challenged Masato Fernando of Yamaha-Spec V for the third position. Unfortunately, in the heat of the race, Fernando crashed and Sobretodo grabbed the thrid place. Sobretodo also placed third in the first round despite suffering from a leg injury. 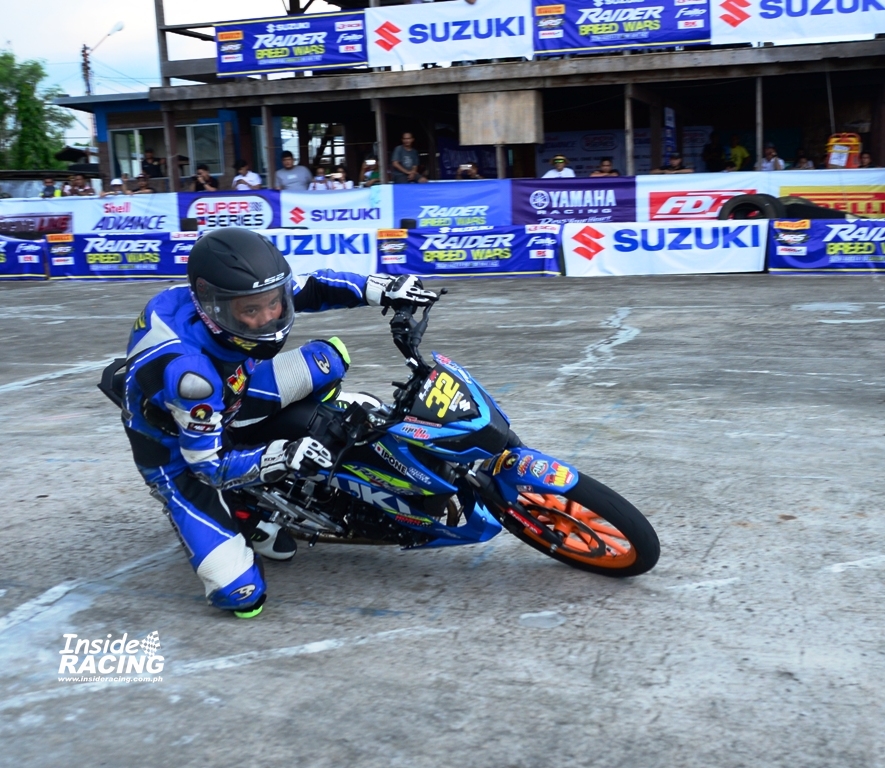 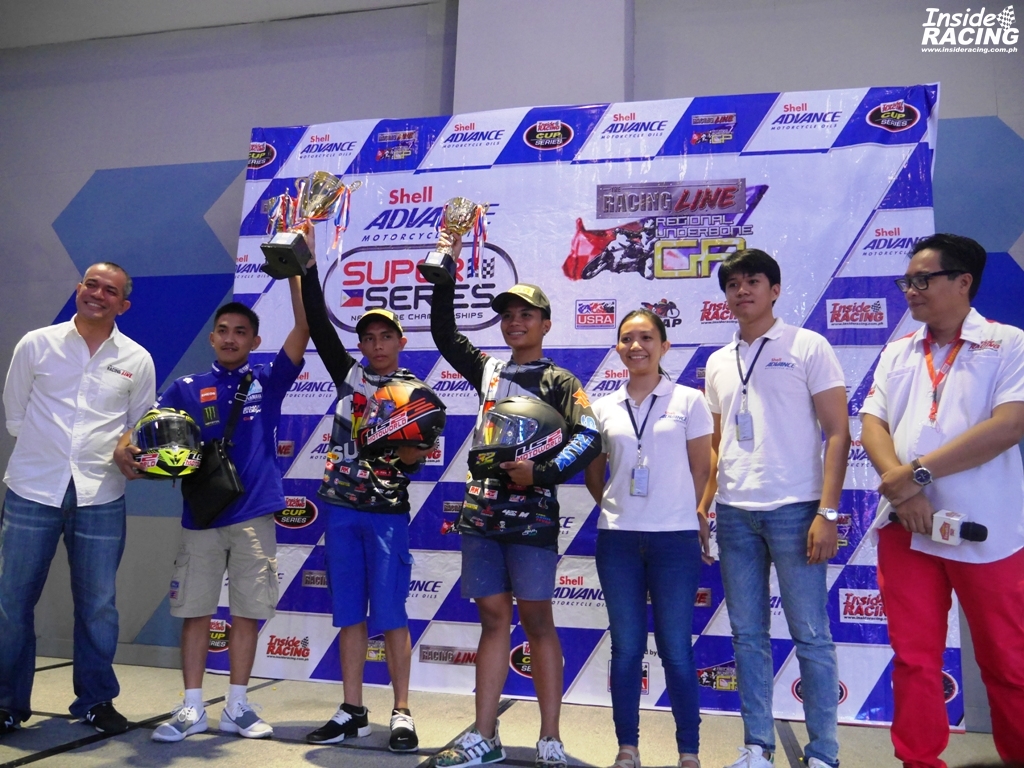 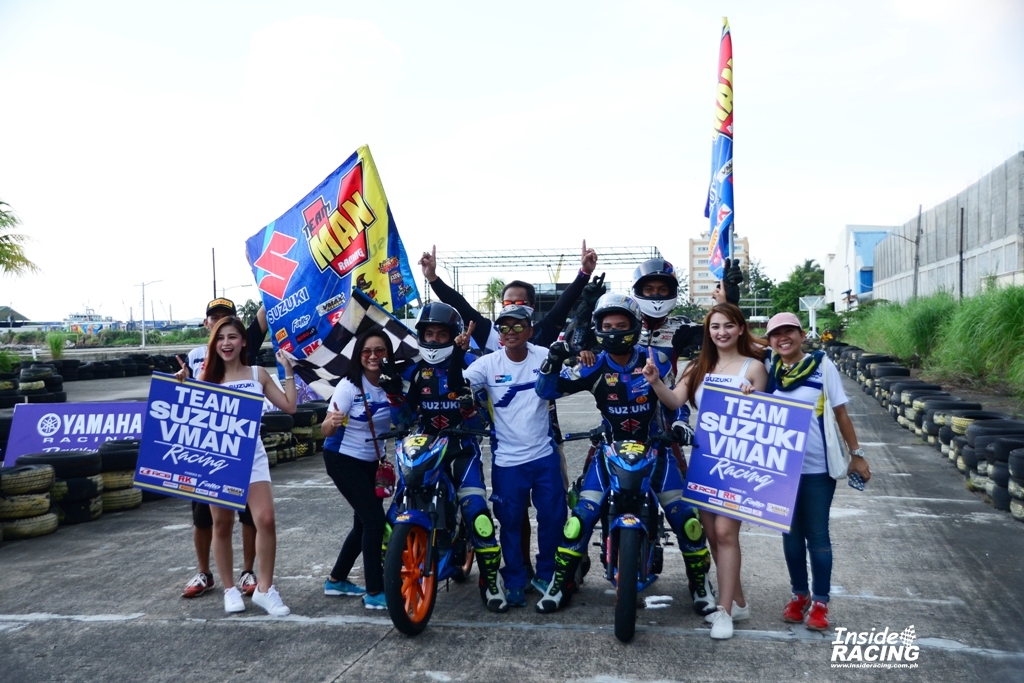 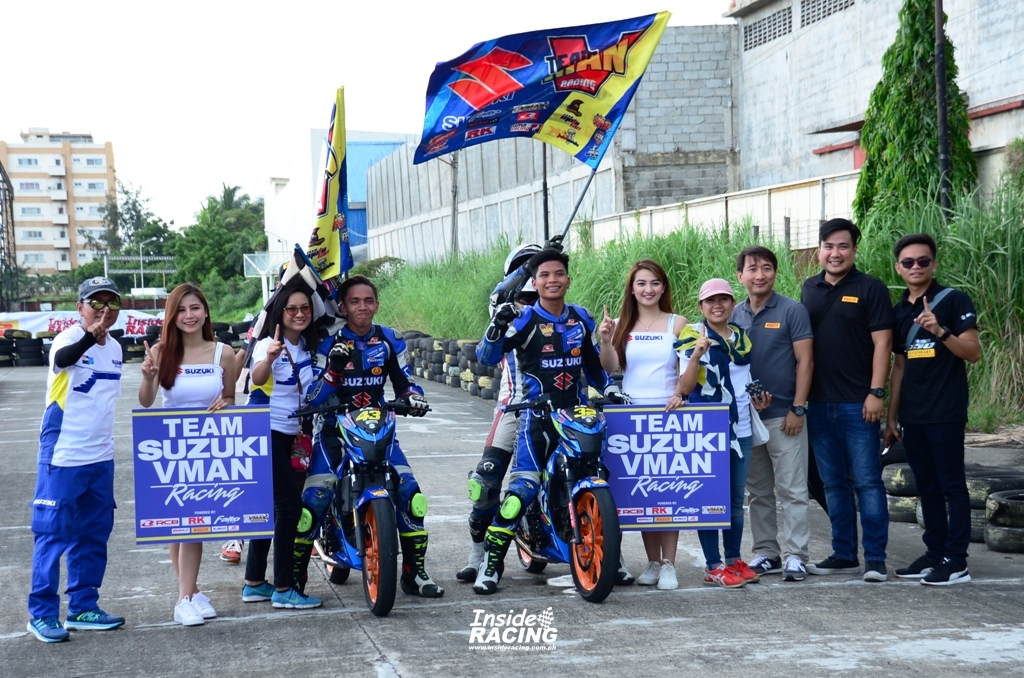 The battle of Yamaha and Suzuki in the Super Underbone class of the Super Series resumes on August 26 at the Cebu Kartzone.

Organized by InsideRACING and The Racing Line, the Super Series is supported by Shell Advance, Yamaha Motor Philippines, Suzuki Philippines, Pirelli Tires and FDR Tires. It is sanctioned by USRA (Unified Sports and Racing Association for Motorcycles, Inc.).