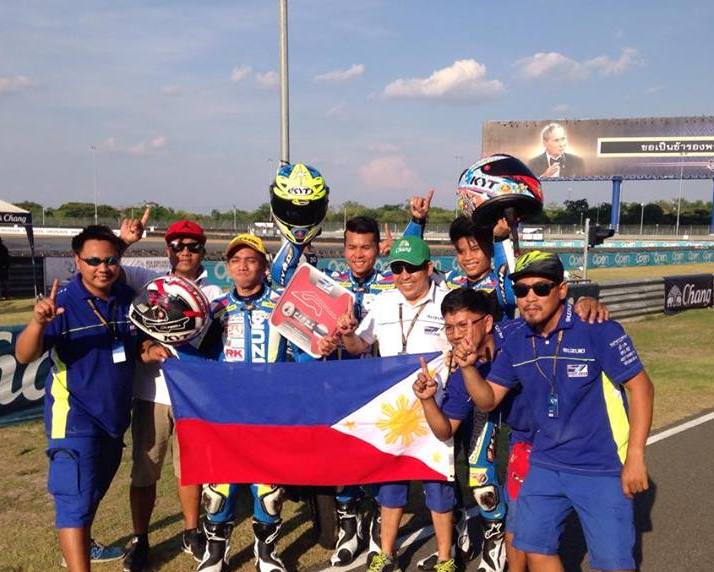 Team Suzuki Pilipinas scored a victory again for the country in Round 2 of the Suzuki Asian Challenge of the Asia Road Racing Championship. The second round was held at the Chang International Circuit in Thailand from April 13-15.

After a superb performance in Round 1 wherein Filipino riders bagged the victories in both Race 1 and 2, the team continued its winning streak as April King Mascardo emerged triumphant in Race 1 of the second round. Mascardo who won Race 2 in the opening round in Johor, Malaysia last April 1-2 was 5th at the starting grid this time and gave out another impressive performance as he battled with other Asian riders up until the checkered flag of the 7-lap race. It was a thrilling race up to the finish line wherein the lead pack was composed of six riders and Mascardo managed to clinch the win with a 0.387s margin of victory over second placer Nur Al Fath Sam Ahmad of Indonesia. Thailand’s Punchana Kulrojchalalai finished third. Eane Jaye Sobretodo was 10th to cross the finish line. Winner of Race 1 in the first round, Mario Borbon Jr., ended up at 11th place. 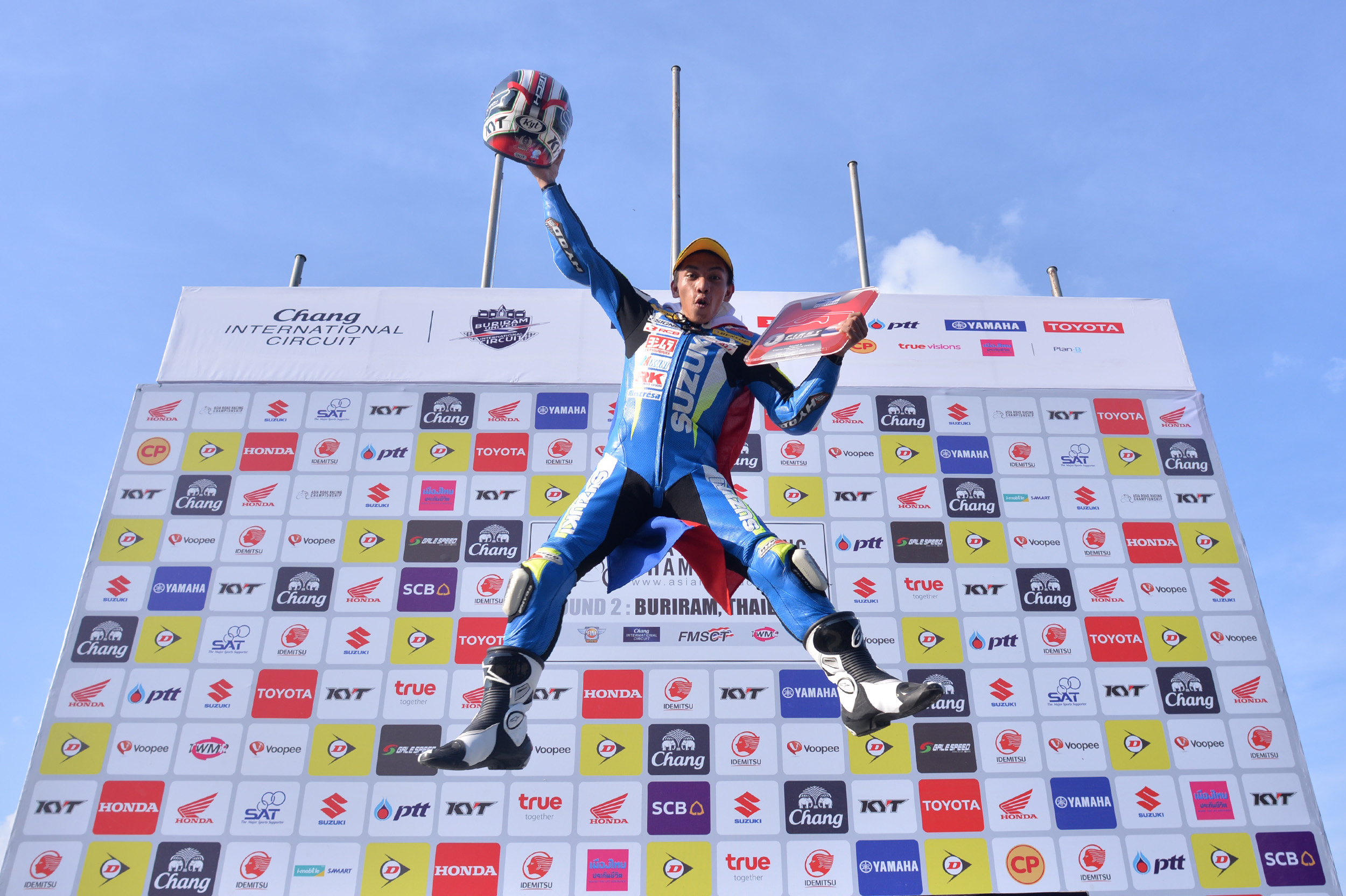 The exhilarating battle was once again witnessed in Race 2 where the fray was tight up until the last lap. 10 riders were in the lead pack. Indian rider KY Ahamed crashed and caused 3 riders to fall down including Mario Borbon Jr. who still managed to remount and finish the race. Tetsuya Fujita of Japan won the race followed by Aaron Gunawardena of Sri Lanka and Indonesian rider Ahmad Saugi Muchtar. Mascardo crossed the finish line fifth while Borbon Jr. salvaged a 12th place finish. Sobretodo unfortunately was not able to finish the race as he crashed with two laps to go after being hit by an Indian rider. Sobretodo also crashed in the first round but the young rider is determined to have better results in the next rounds.

Heading into the third round of the rider developmental series, Mascardo is on top of the overall standings with 68 points. Borbon Jr. is at 7th place so far with 42 points while Sobretodo has 18 points and is at 11th place.

It was another great effort for Team Suzuki Pilipinas and as the competition in the Suzuki Asian Challenge gets tougher, our riders Mascardo, Borbon Jr. and Sobretodo continue to show the motorcycle racing talent and passion of Filipino riders. Team Suzuki Pilipinas is managed by Mr. Noel Villapando of Suzuki Philippines. Mechanics of the team are Malvin dela Cruz, Rico Cagnaan and Insik Flores.