IR News: Mauricio Rises with the Support of JVT

2017 was a stellar racing season for young Gian Carlo Mauricio from Binangonan, Rizal. The former pocketbike racer who is now considered as a top rider in the country has amassed numerous wins and podium finishes. Mauricio races under powerhouse team JVT. 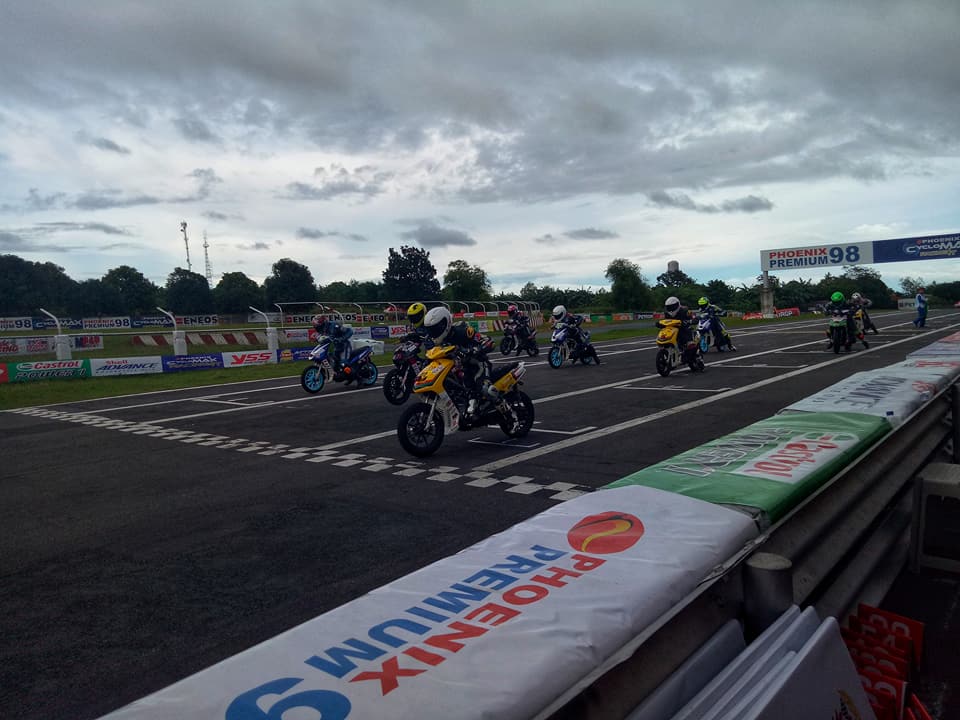 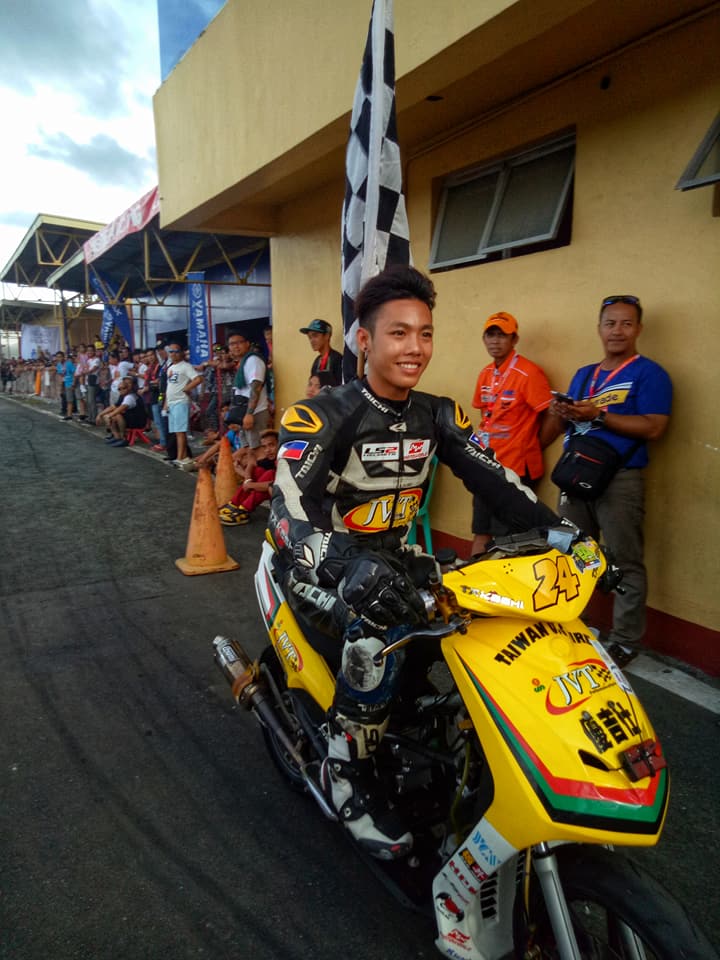 This IRGPXI, Mauricio is in pole position of two race classes and he has claimed an IRGP title in the category wherein he broke lap time records, the Shell Advance Automatic GP. Mauricio set a new lap time record at the Carmona Race Track when he registered 47.104 seconds during qualifying.

Mauricio continued to show his fine form at the race proper as he immediately overtook Masato Fernando of Yamaha-Spec V and got the lead. He was chased by Fernando for some laps but the JVT rider pulled away and never let go of the lead until the checkered flag. With his win, Mauricio clinched his first ever IRGP title to the delight of his team, fans and family. 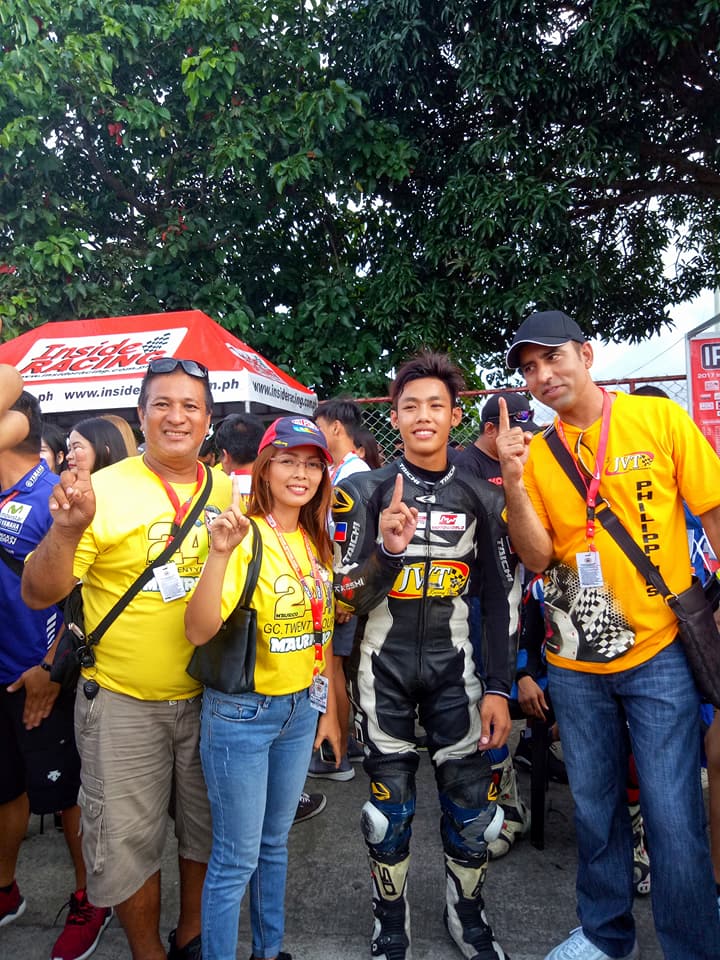 Mauricio with his family and JVT owner Mr. Abid Chou 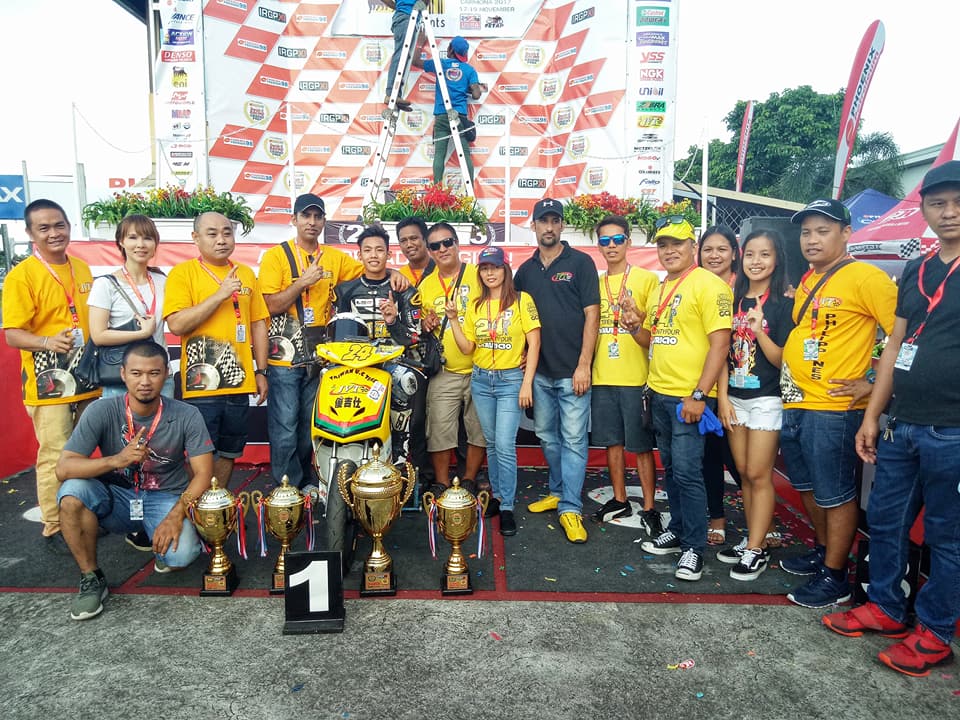 Fernando and McKinley Kyle Paz of Phoenix-Cyclomax-Yamaha-KOSO-Faito had a close race until the final lap wherein Paz slowed down. Second place went to Fernando while Paz settled for third place. 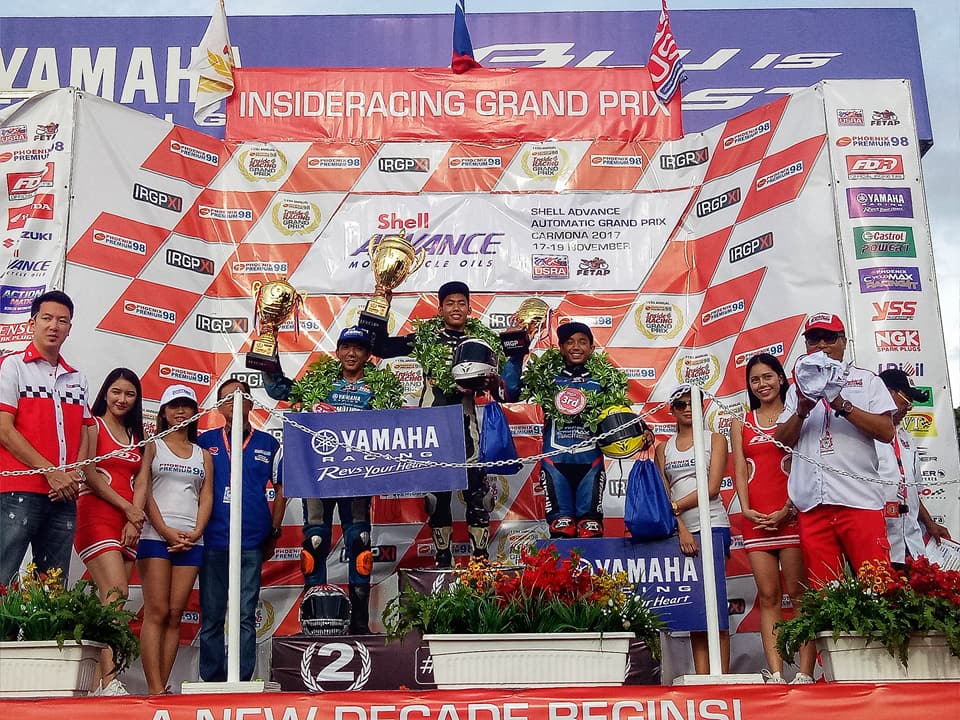 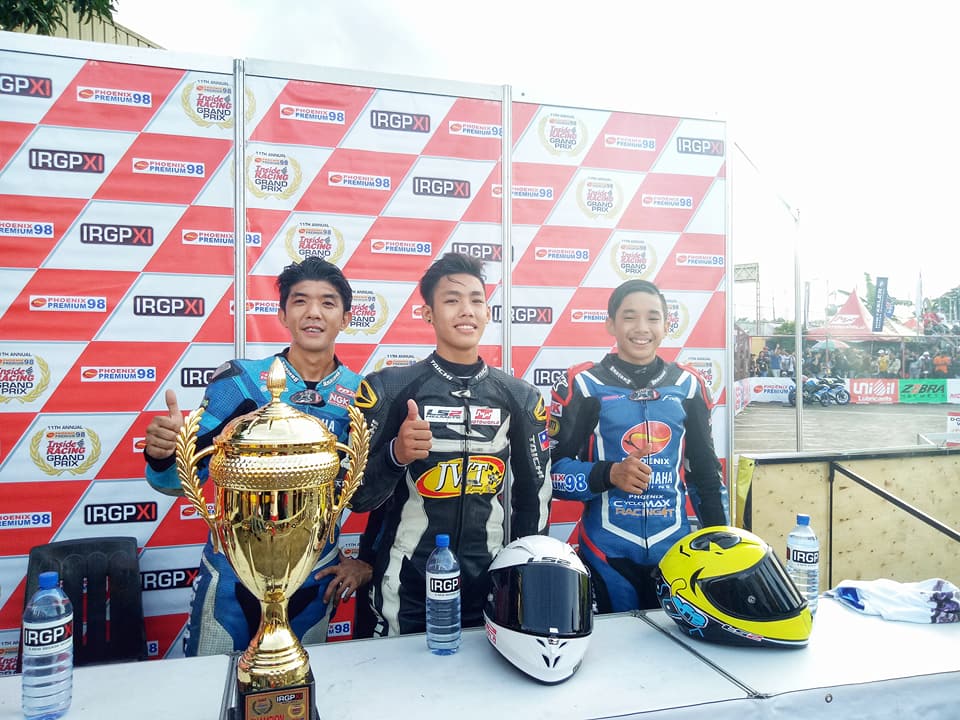 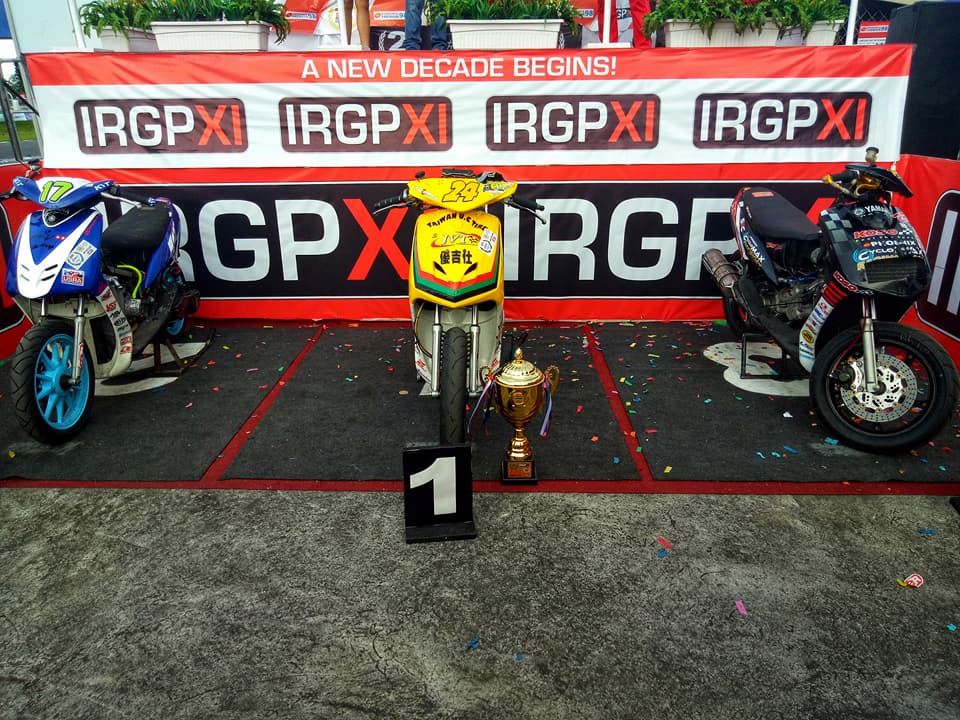 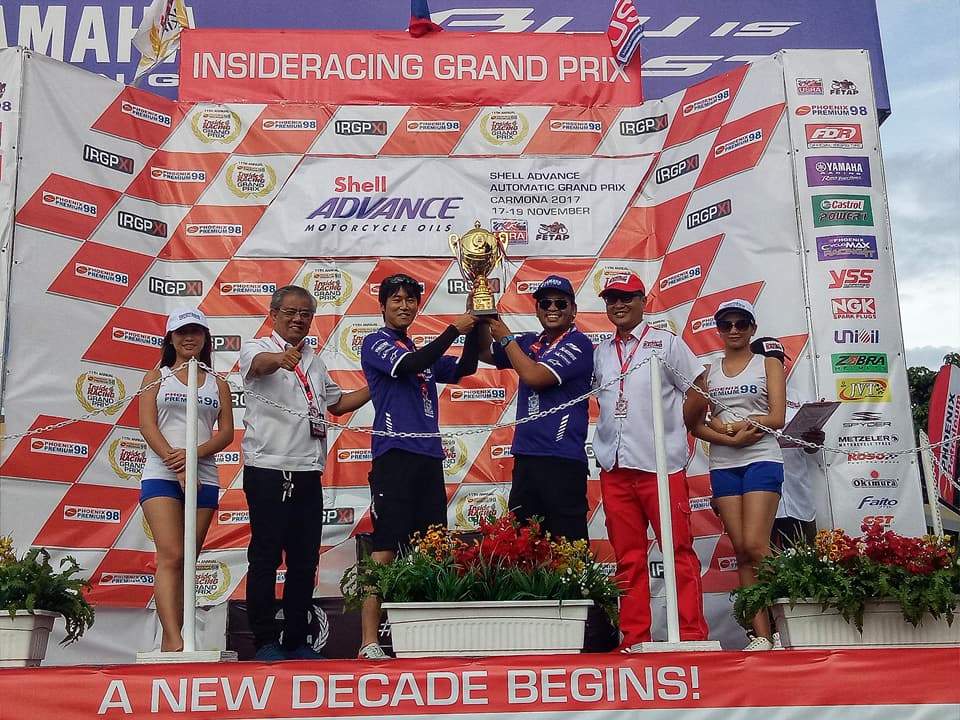 The Shell Advance Automatic GP of the IRGPXI featured the prominent scooter riders in the country such as Dustin Esguerra of  Zebra-MLW, James Mendez of Yamaha-Spec V, Cassey Ng and Mickey Mazo of JVT, Romer Corbe of Yamaha-Spec V, Vrei-ar Suba of Phoenix Cyclomax-Yamaha-KOSO-Faito and Paul Pangilinan of Redspeed-SK Zic Motor Oils-JCS Racing. 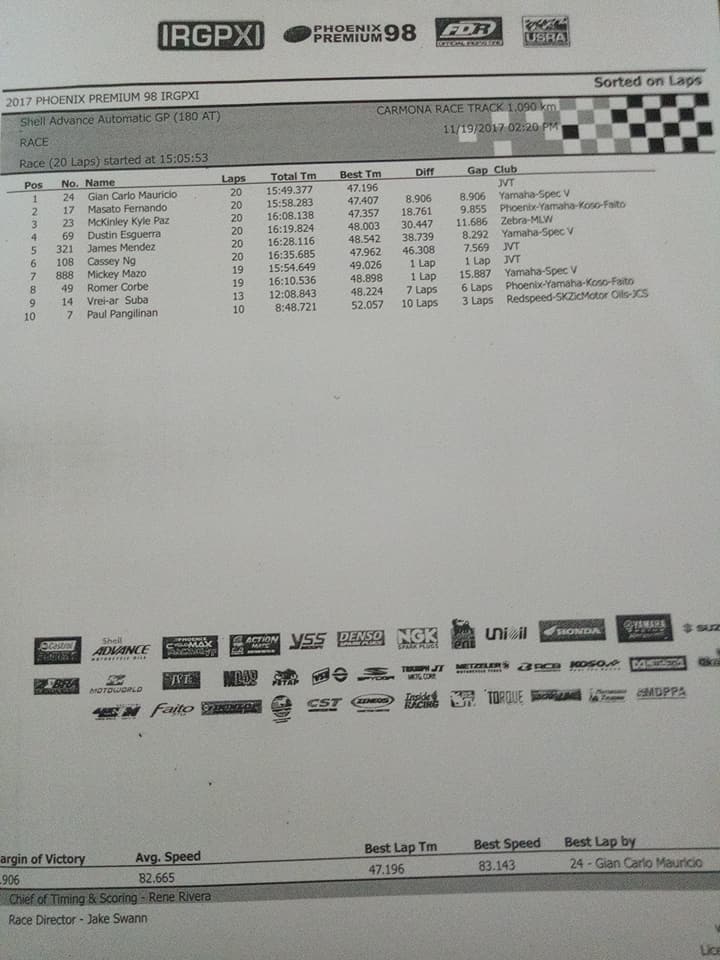