Gian Carlo Mauricio was superb in the opening of the FDR Philippine Scooter Racing (PSR) Championships last April 30 at the Batangas Racing Circuit. The rider from Binangonan, Rizal earlier won the 150 Open Underbone category and a little later also emerged victorious in the 180cc class of the PSR. 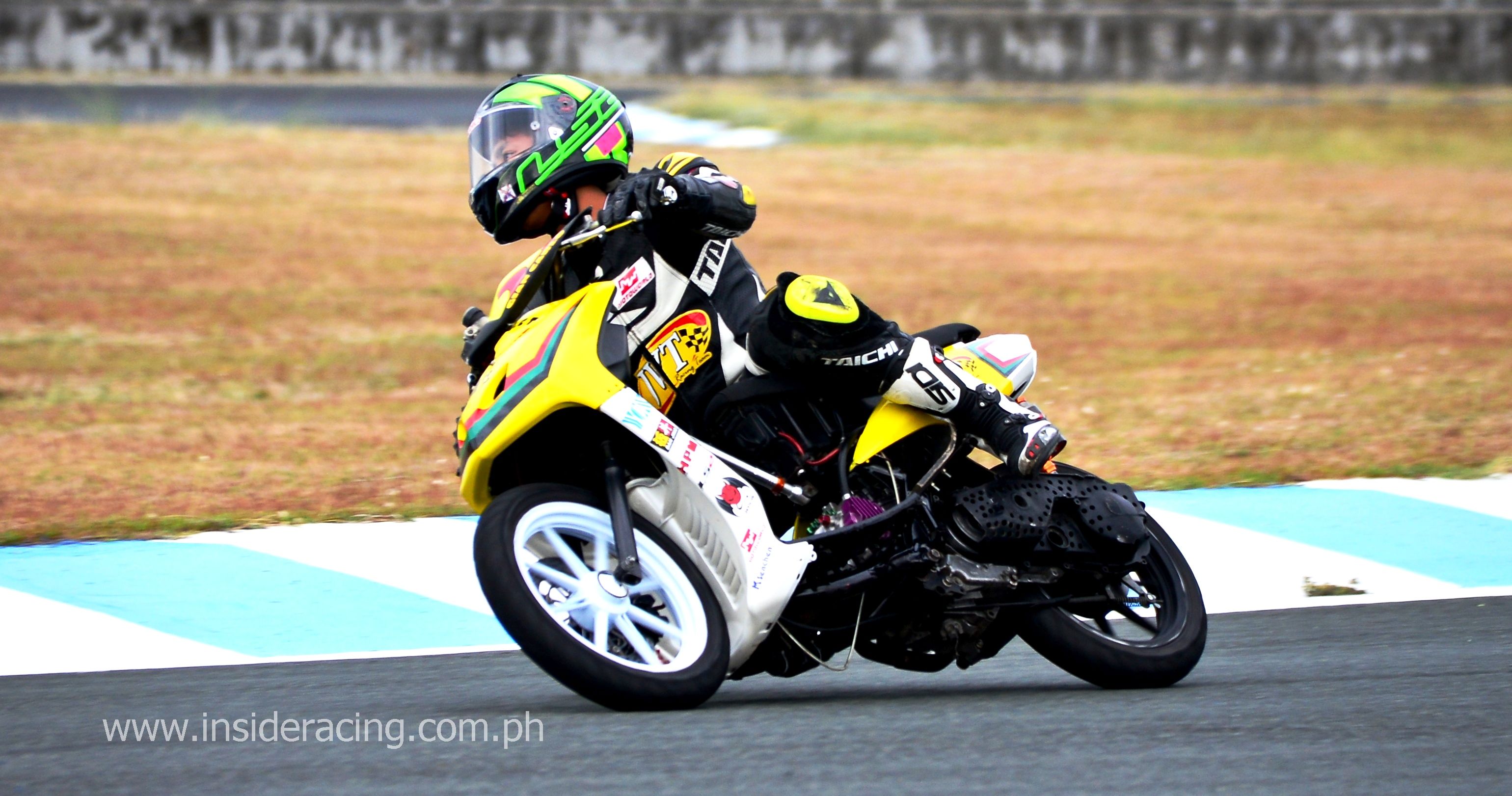 Mauricio indeed has come a long way from being a pocketbike rider when he was just starting to race. Aljon Valencia of Speedstar Racing Team placed second while Phoenix Cyclomax-Yamaha-KOSO-Faito Racing Team’s McKinley Kyle Paz got the third place.

Niel Jan Centeno of the Phoenix Cyclomax-Yamaha-KOSO-Faito Racing Team is victorious in the 160cc class of the PSR opener.

The PSR is sanctioned by the Unified Sports and Racing Association for Motorcycles, Inc. (USRA) and is part of the 2017 ENEOS Philippine Motorcycle Championships.